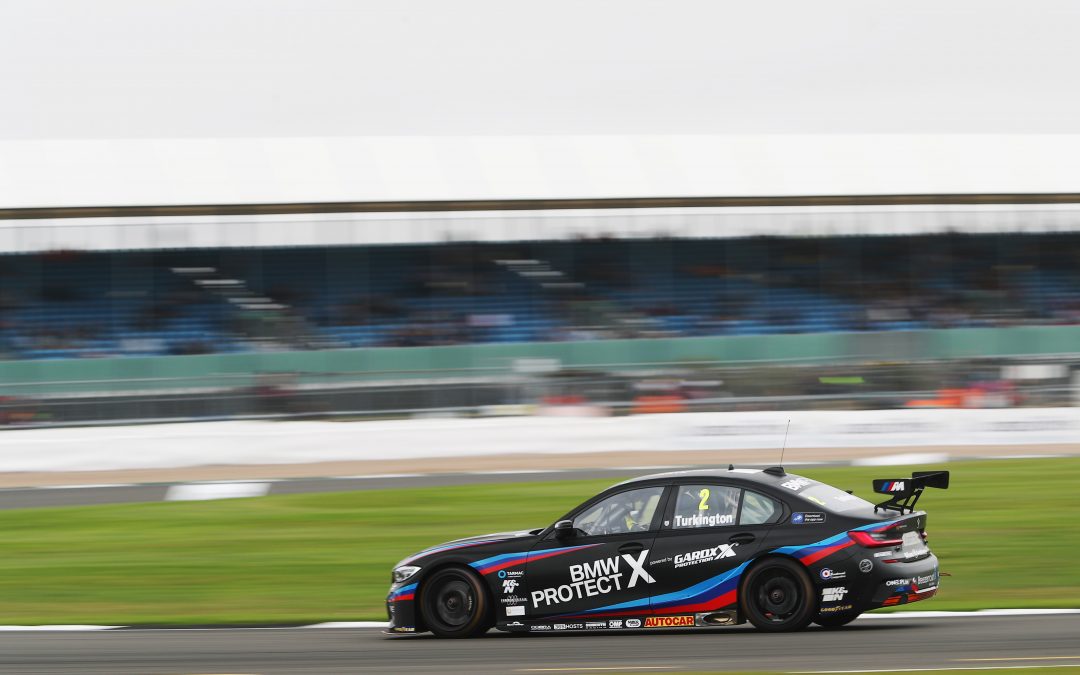 Team BMW reach the penultimate round of the British Touring Car Championship this weekend aiming to strengthen their challenge for all three titles at Donington Park.

Colin Turkington, Tom Oliphant and Stephen Jelley could potentially clinch a record-breaking sixth consecutive Manufacturers’ crown for BMW at the East Midlands venue, while the fight for the Drivers’ and Teams’ titles are likely to go to the wire.

Donington is a special venue for WSR, who design, build and run the BMW 330i M Sports that have won four times in the teams’ hands this year, as it was the track where they made their BTCC debut on April 22, 1996.

In that time the Sunbury-on-Thames team has recorded nine wins at the circuit, including three in the past two seasons with the BMW 3 Series.

Colin, a four-time series champion, has been responsible for six of those victories and aims to add to his wins in 2019 and ’20 as he targets closing the current 40-point gap to the series leader and overcoming the four-point buffer between himself and second place.

Lying fourth in the Drivers’ standings, the Northern Irishman carries 48kg success ballast aboard his BMW through practice, qualifying and the opening race.

Tom Oliphant scored his first BTCC podium finish at Donington Park in 2019 on only his second weekend in the BMW 3 Series and repeated that result last year.

With no success ballast aboard his BMW, he is intent on repeating his podiums of the past two seasons at Donington; results that would make 2021 his best campaign to date in terms of top-three finishes, with a round still to go.

For Stephen Jelley it will be a doubly-significant event as Race Two is set to mark his 200th BTCC start.

Stephen is very much the home hero at Donington; the three-time race winner hailing from just 20 miles away in Leicester.

Spurred on by a top-five result last time out at Silverstone and a new personal-best time in last weekend’s gruelling London Marathon, Stephen is also ballast-free and just a handful of points away from moving into the top eight of the series.

Just like at Silverstone, qualifying at Donington Park will be staged in ‘pole shoot-out’ style with the fastest 10 drivers after 25 minutes being put through to a separate 10-minute session to decide who starts at the front of the grid.

All three of Sunday’s races will be broadcast live on ITV4 in HD with qualifying live on the ITV BTCC website.

Colin Turkington said: “The final two events carry a different air to the previous ones.  The effort from the whole team that goes into our championship campaigns is monumental. As we get closer to the final, this investment of effort provides such a force of energy. There’s a lot at stake, but I’m in the box seat to score well this weekend, and will do whatever it takes to put my best foot forward. At this stage I have to take points away from Ash [Sutton]; that’s the aim and it’s completely possible. We had a competitive BMW at Donington last year, and I’m confident we’ll bring a strong package there this time around. Good track position will be vital so if we get the BMW in the sweet spot for qualifying, anything is possible.”

Tom Oliphant said: “Donington is a track I really enjoy and one that’s allowed us to maximise the BMW over the past two years. There are no really slow-speed turns – even the chicane is quite quick – and that plays to the strengths of the BMW, which has a really fantastic chassis balance. I arrive with no success ballast, so that certainly gives me a great chance to qualify well. If I can do that and start strongly then there’s every opportunity to go for podiums – like I’ve achieved in both of the last two seasons there – and even wins.”

Stephen Jelley said: “Donington is my home track, so I’ll have a lot of support. The BMW will be good around there. At Silverstone we were reasonable, but struggled with straight line-speed. We were really good through the medium to high-speed corners, so I think we’ll be alright because there are lots of those at Donington. From a team point of view, it’s all to play for with Colin, and I want to keep racking up the points. If I can snatch a couple of podiums that would be great. A win is possible, but I haven’t driven the 330i M Sport there so there will be a certain amount of acclimatisation. I’m pretty confident it will suit the car, so we should be quick.”

Dick Bennetts said: “Donington is where we made our BTCC debut 25 years ago, so it will always be a very significant track for WSR, and it’s also been a successful circuit for us with BMW as Colin took the first victory for the 1 Series here in 2013 and has won for the past two seasons with the 3 Series. We’re not used to coming here so late in the year, but the conditions – if dry – should be pretty similar to what we’re used to from our traditional Spring visits. The corners are generally third-gear or above, which will play to the strengths of our chassis. I’m optimistic that we’ll be able to fight at the front of the field, which is what we need to do to clinch BMW’s sixth straight Manufacturers’ title and give Colin the best possible chance of going to the season finale in with a fighting chance of the Drivers Championship.” 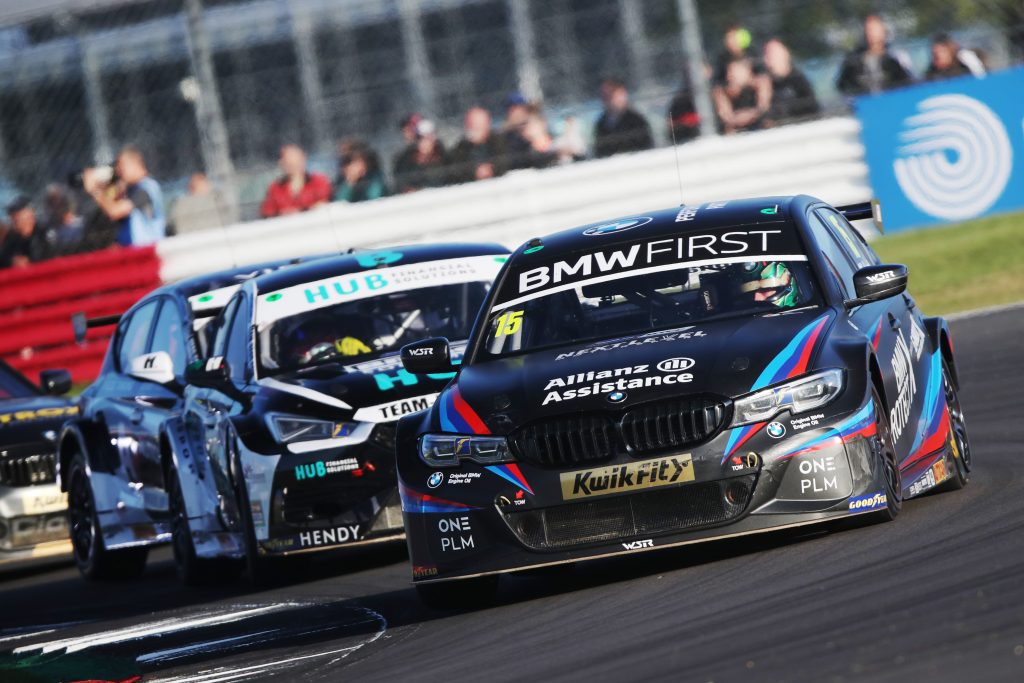 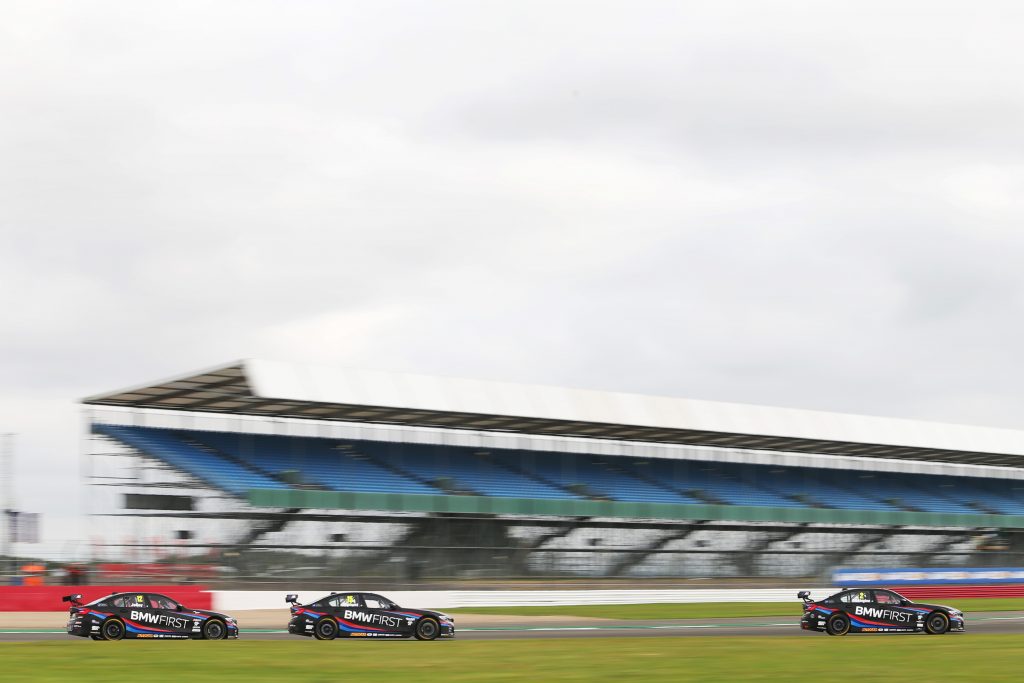