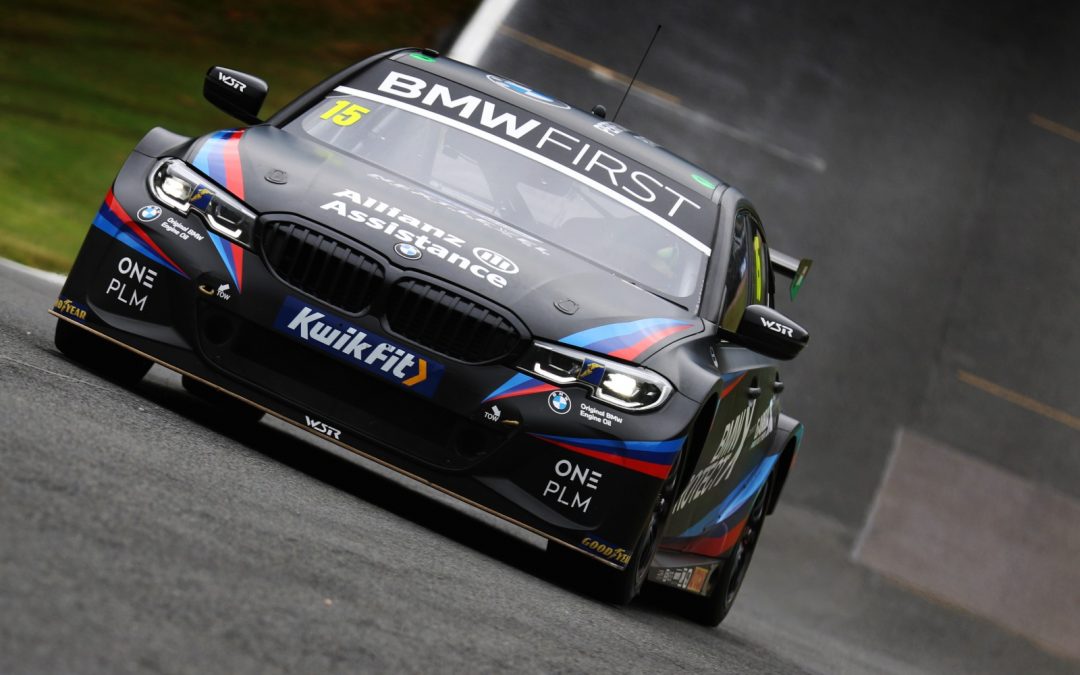 In an ultra-tight session the Leicester racer extracted all he could from his WSR-designed, built and run BMW 330i M Sport, getting to within just 0.290 seconds of pole position in a time that would have put him on the front row last year.

It was his best Oulton Park qualifying performance in the BTCC since 2008.

Team-mate Colin was just 0.020s slower, despite carrying 48kg success ballast by virtue of his fourth spot in the Drivers’ points table. His ninth spot meant he out-qualified every driver ahead of him in the championship.

The four-time champion from Northern Ireland had earlier been third and 16th in a pair of free-practice sessions that were each affected by rain at the Cheshire circuit.

Tom, who grew up just three miles from Oulton in the village of Tarporley, began the day superbly by setting the pace in a damp opening practice session.

With rain also affecting FP2, the local hero opted for a different car set-up for qualifying, which left the BMW’s handling not to his liking.

He qualified less than 0.3s behind his team-mates in 14th, carrying 33kg success ballast as a result of his Brands Hatch win last time out moving him up to sixth in the points.

Sunday’s three races will be broadcast live on ITV4 in HD and will give the WSR-run team the opportunity to increase BMW’s lead in the Manufacturers’ Championship as they aim for a record-breaking sixth-straight title together.

Stephen Jelley said: “The car was good, the balance was fine and I think I extracted pretty much all I could. I was a bit surprised that a 25.7 was only enough for eighth, but I am pleased to be the fastest Team BMW driver for the first time since I’ve come back to the team. I think I’m in a strong position to have three good races tomorrow. A podium is definitely the aim for tomorrow, but I think the strategy around when you use the option tyre will be critical to everyone’s weekend.”

Colin Turkington said: “The BMW felt good on every run. It was on its toes and reactive to whatever I asked it to do. I honestly don’t see how I could have gone much quicker; I gave it absolutely everything. When the time came up, I thought it would be a pretty hard one to beat, but it wasn’t to be. We’ve had some great results here in the past and we’ll do everything we can to make sure we have the speed to go forwards tomorrow and keep the pressure on in the title fight.”

Tom Oliphant said: “It’s disappointing to be where I am on the grid. We went one way with the set-up for qualifying and it was just a bit too ‘on edge’ for me to be able to maximise my opportunities lap after lap – which is what you need at Oulton. The ballast certainly played a part too. I know I can start well tomorrow so there’s every reason to think that I can come into the top 10 in Race One, go higher in Race Two and then maybe get a bit of luck with the reversed-grid draw too. If I can score 30 points this weekend, I’ll be very happy.”

Dick Bennetts, Team Principal, said: “I’m pleased for Stephen, who’s the fastest Team BMW driver today on only his fourth event back with us. That’ll be good for his confidence and I’m sure he can do well tomorrow. Colin set an almost identical laptime to Stephen, which was two tenths quicker than the lap that put him third last year, and significantly he’s ahead of every driver that’s above him in the championship. Tom went for quite a different set-up, but it didn’t work for him today. We’ll go through everything in a lot of detail tonight to find some extra performance for tomorrow.” 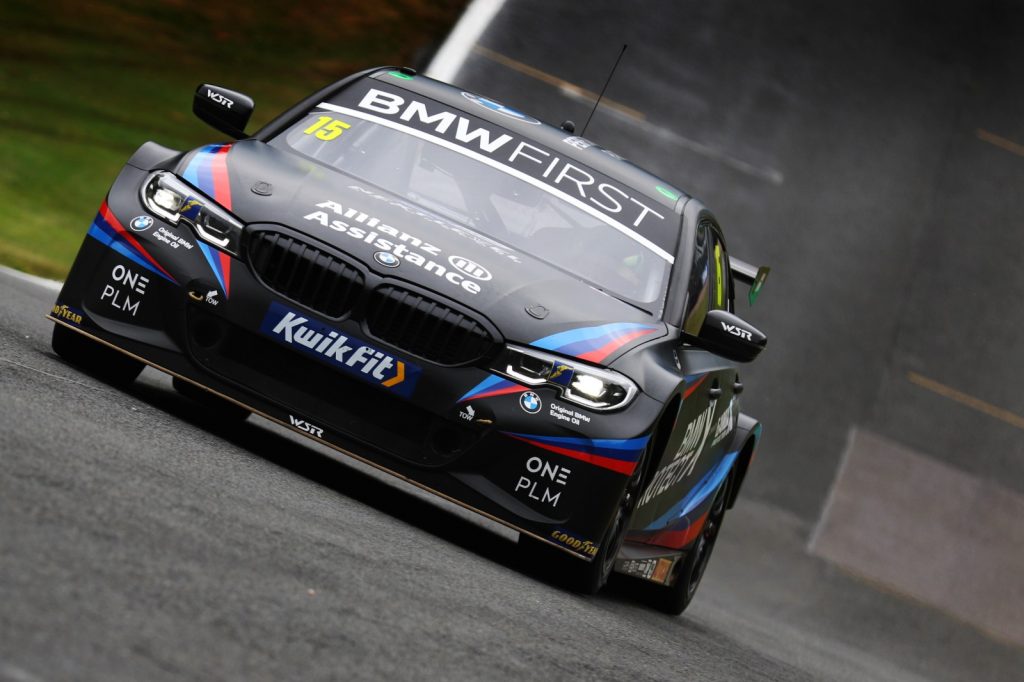 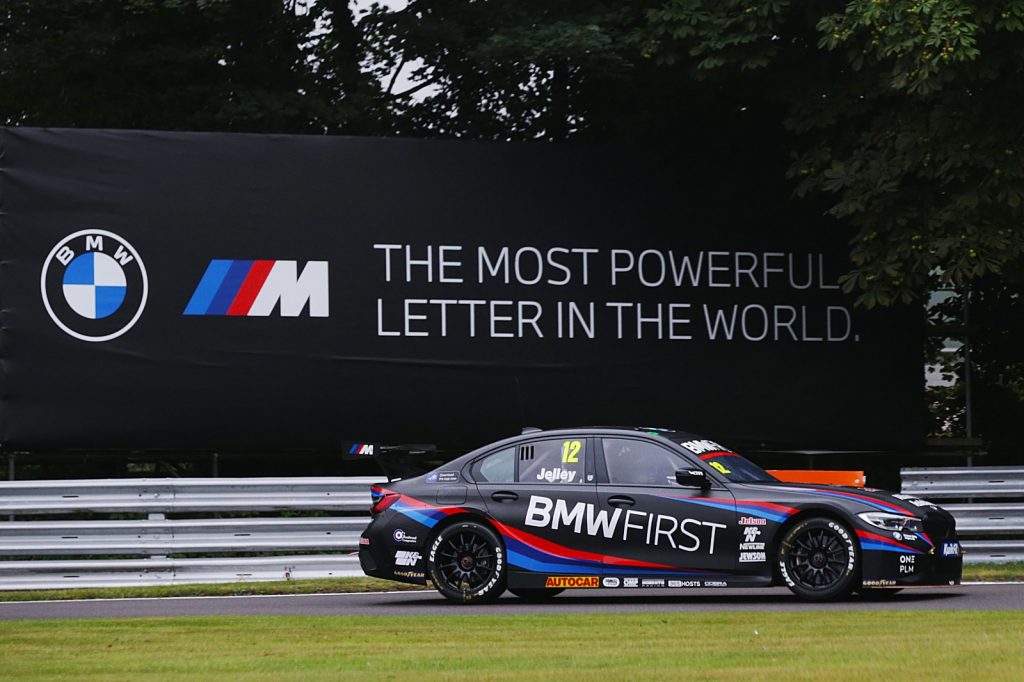 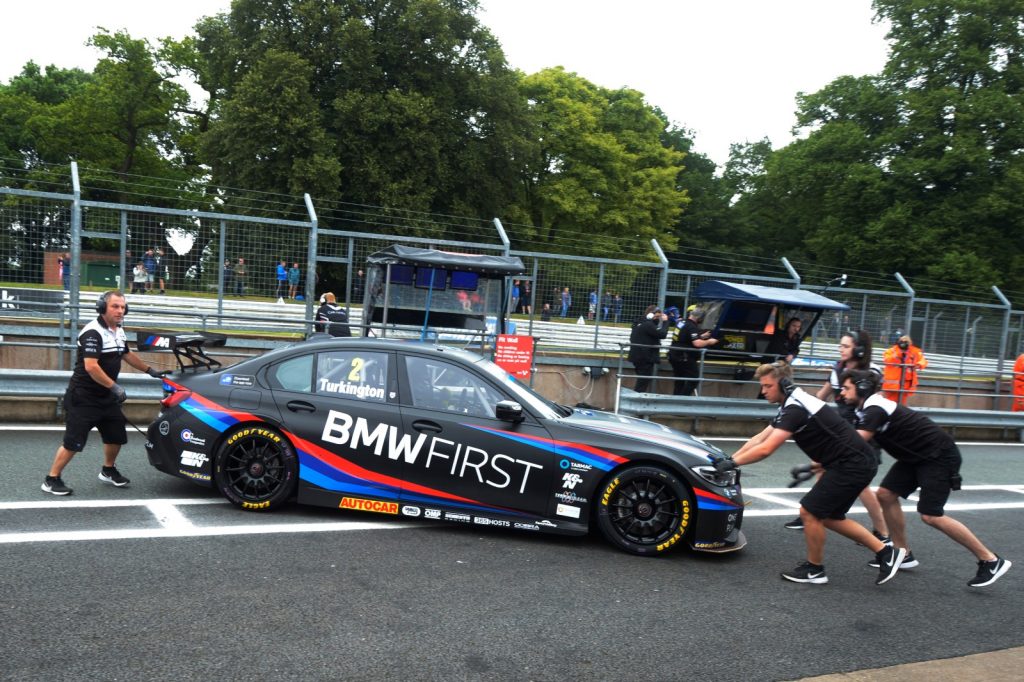