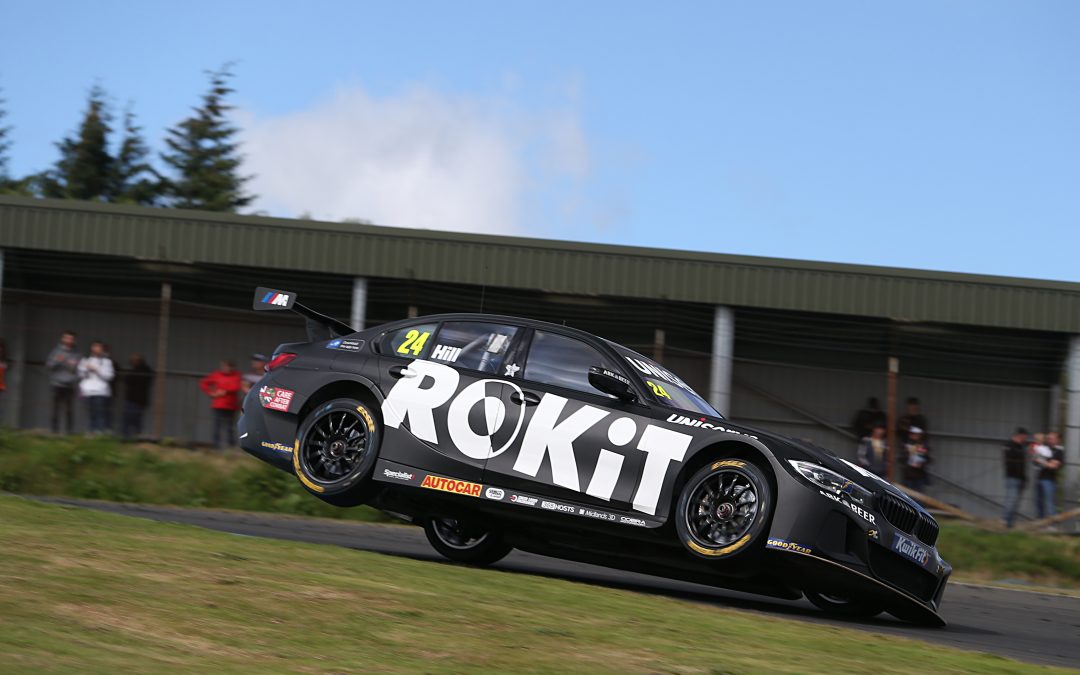 Jake Hill stormed to a stunning British Touring Car Championship pole position for BMW and WSR at Knockhill as all three of the team’s cars qualified inside the top five.

The ROKiT MB Motorsport driver was in imperious form at Knockhill – the scene of his maiden BTCC win in 2019 – to take his second pole – and the fourth for a WSR-run car – of 2022.

Even more impressively was that his three best laps of the 30-minute session were good enough for pole; his fastest mark of 50.726s coming in a final five-minute dash after a late red flag.

The Kent racer’s efforts also netted him a bonus championship point, though he remains fifth in the Drivers’ Standings.

Late surges by Team BMW’s Colin Turkington and Stephen Jelley moved the team-mates each up two positions into third and fifth spots.

Four-time series champion Colin, who is just 12 points off the series lead, starts a long way ahead of the two drivers ahead of him in the standings, giving himself an excellent chance to make further inroads in tomorrow’s three races.

Leicester racer Stephen, who has previously qualified on the front row at Knockhill, is also in the hunt for a podium finish on Sunday on a grid on which five of the top-six qualifiers were driving BMWs designed and built by the Sunbury-on-Thames team.

Sunday’s first two races will be broadcast live on ITV with Race Three being screened on the BTCC’s traditional home on ITV4.

Jake Hill (ROKiT MB Motorsport) said: “I’m delighted with how today’s gone. It’s always a thrill to drive at Knockhill, but to have a car as well-balanced as the BMW 330e M Sport was today, it just goes to another level. ROKiT MB Motorsport and WSR have done a phenomenal job on the car and I just plenty of confidence to keep pushing more and more. To do three laps good enough for pole shows where we are and I’m confident that if it stays dry, the BMW’s race pace – which is normally very strong – should allow me to fight for at least one win and re-ignite the title fight.”

Colin Turkington (Team BMW) said: “Third place is a very good place to start when you see where the two drivers ahead of me in the points are. We’ve been fast all day and even once we were into qualifying, we always managed to find a way of making the BMW a bit better every time we went out. That’s something we’ve done quite often this year and means I’ve always felt strong at the end of a session. There’s a big chance to put ourselves ahead in the title fight tomorrow so we’ll push as hard as we can to score big points.”

Stephen Jelley (Team BMW) said: “It’s been a good day; fifth place is certainly a good place to start. Knockhill is a very short circuit where the tiniest of errors costs you a few hundredths and that can cost you a row of the grid. Congratulations to Jake. His pole shows just how quick we’ve got the BMW going here. From fifth on the grid I’m definitely aiming for a podium. I’ve gone well here and qualified on the front row previously, so as long as the weather doesn’t come into play, I think we can have a very good Sunday.”

Dick Bennetts, Team Principal, said: “First, third and fifth for our drivers and five of the top six cars in qualifying were BMWs designed and built by WSR, so I’m very pleased. Jake’s performance in qualifying was incredible. To do three laps all good enough for pole is something that you don’t see very often. The BMW clearly works very well at Knockhill so the target will be to see them on the top step of the podium in the races tomorrow.” 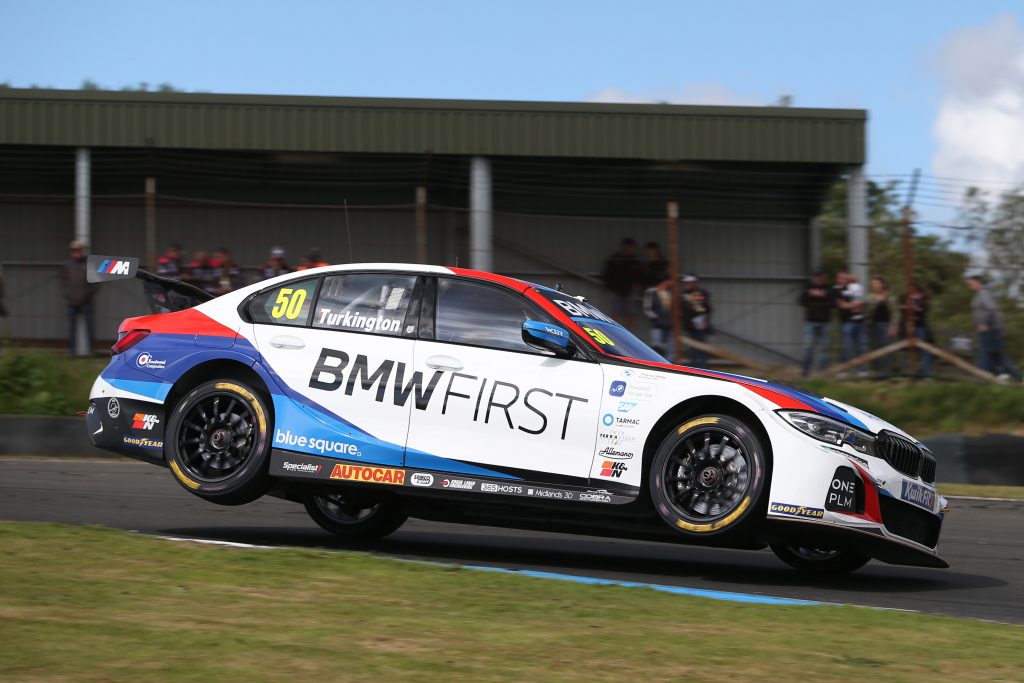 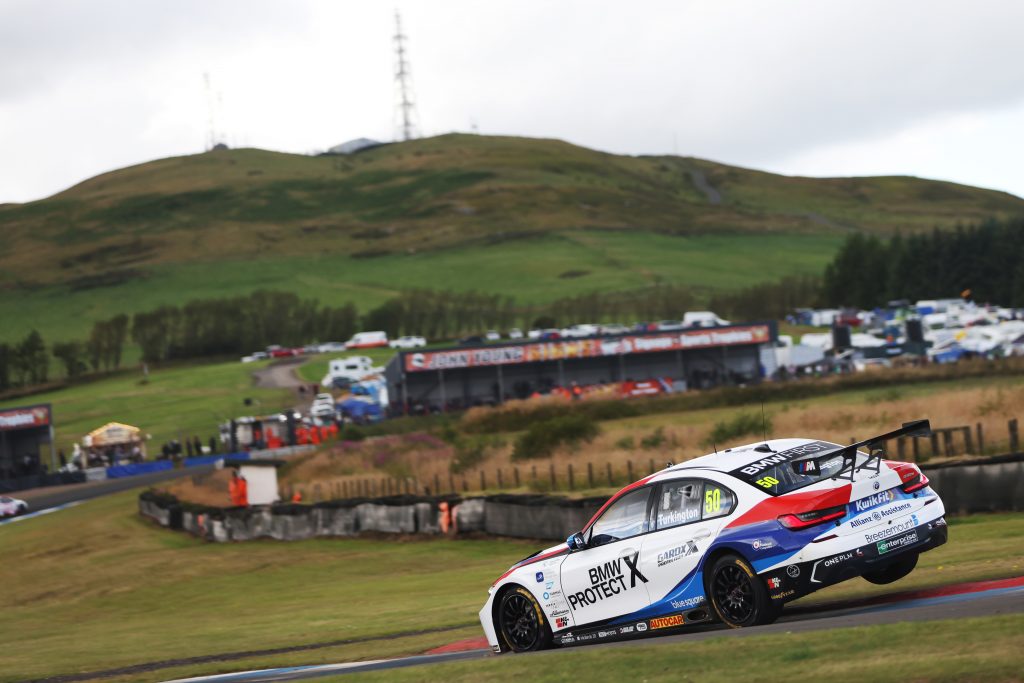 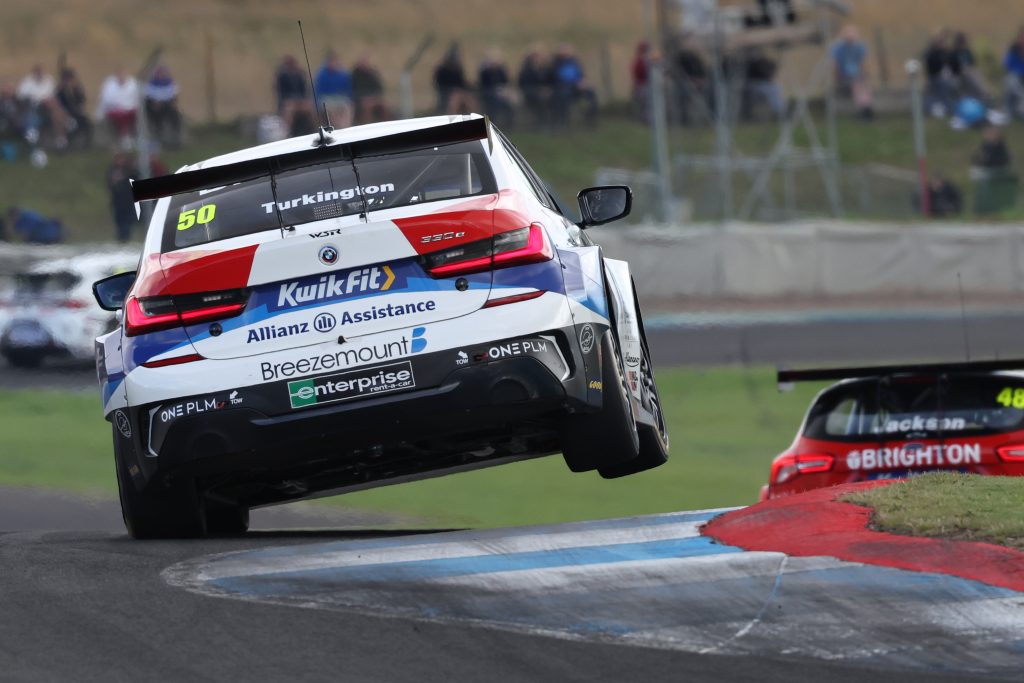 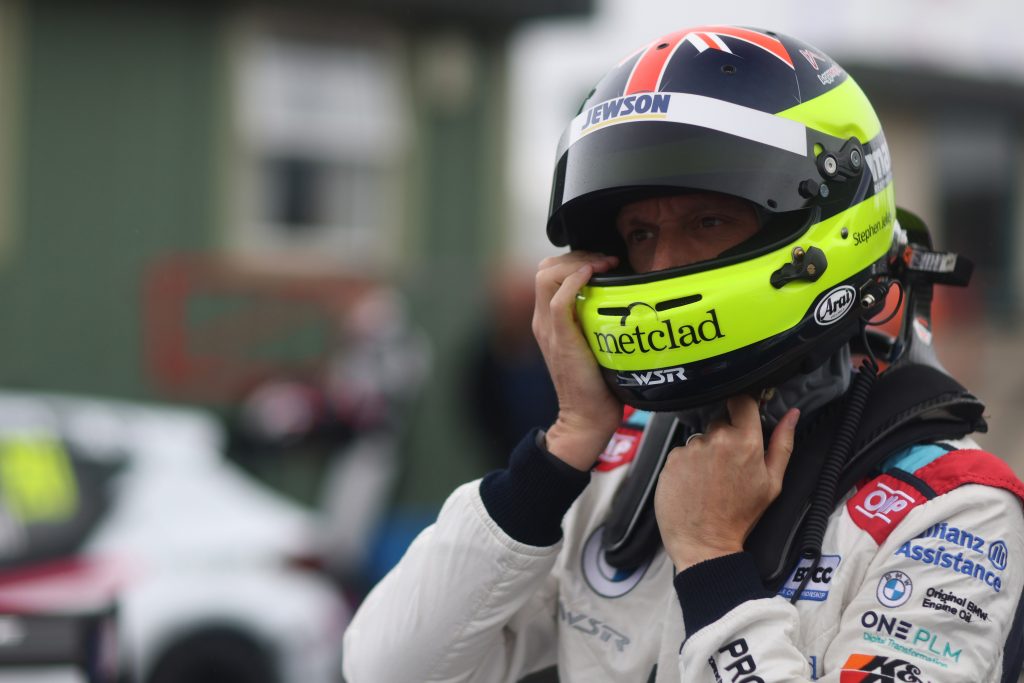 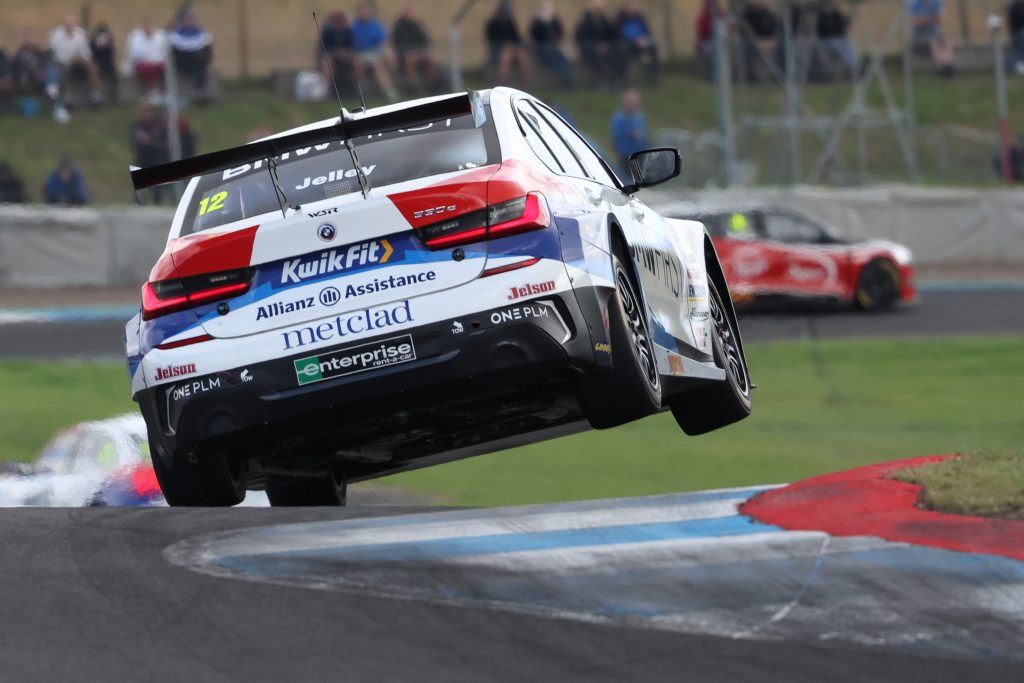 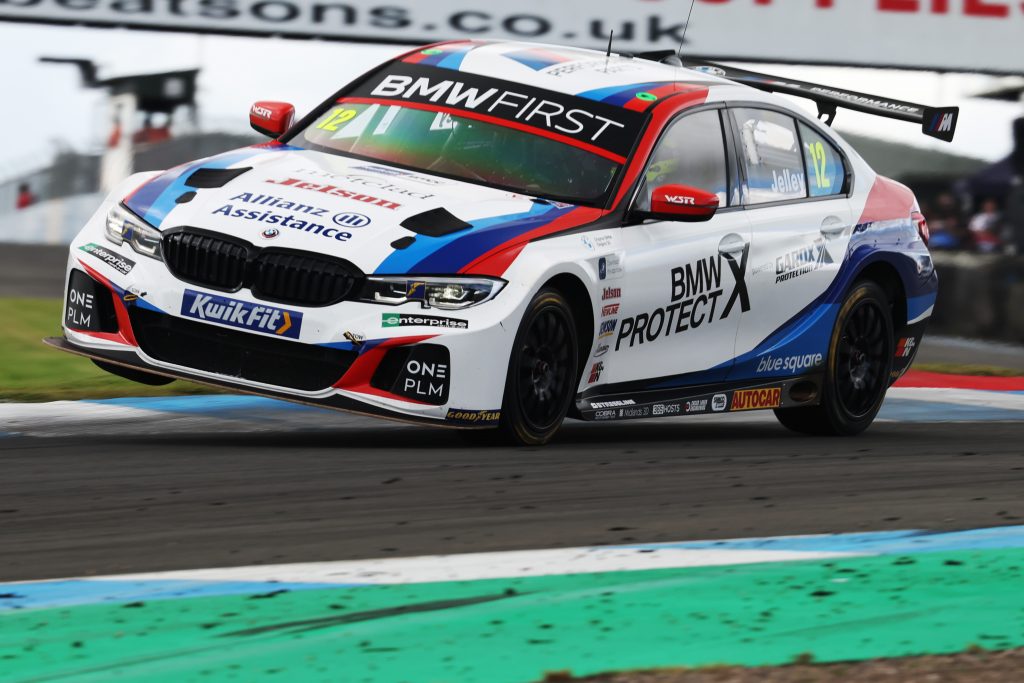 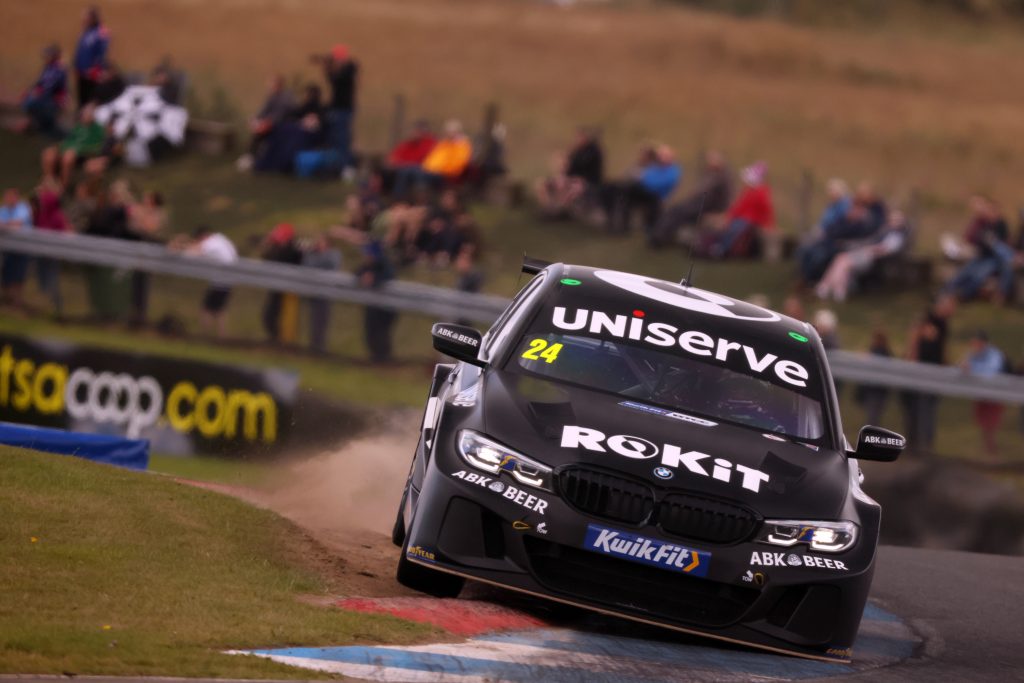 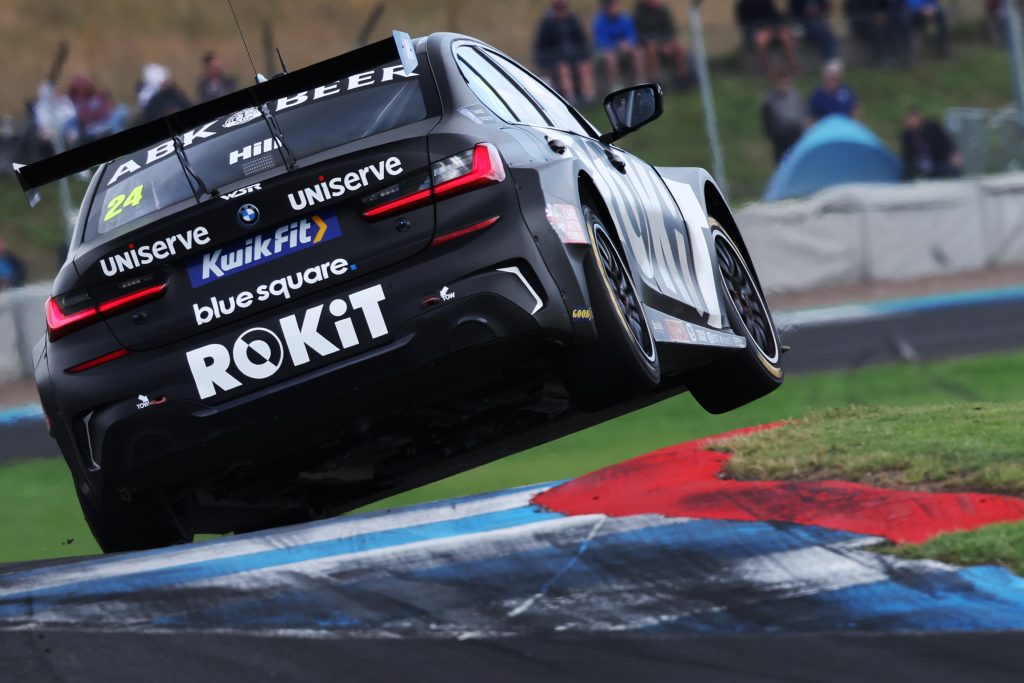 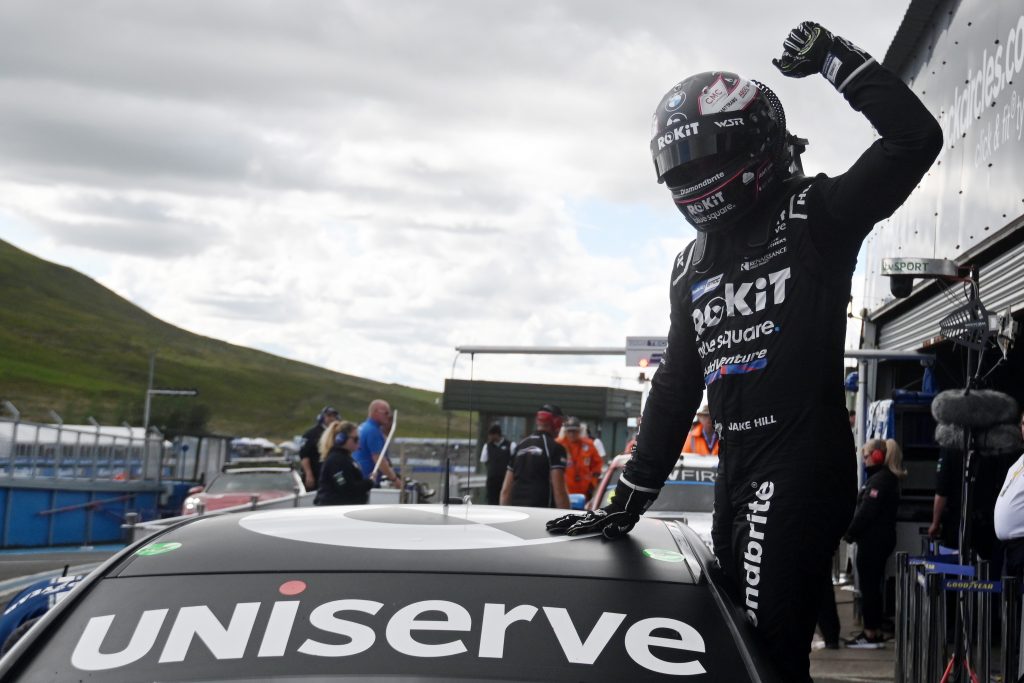 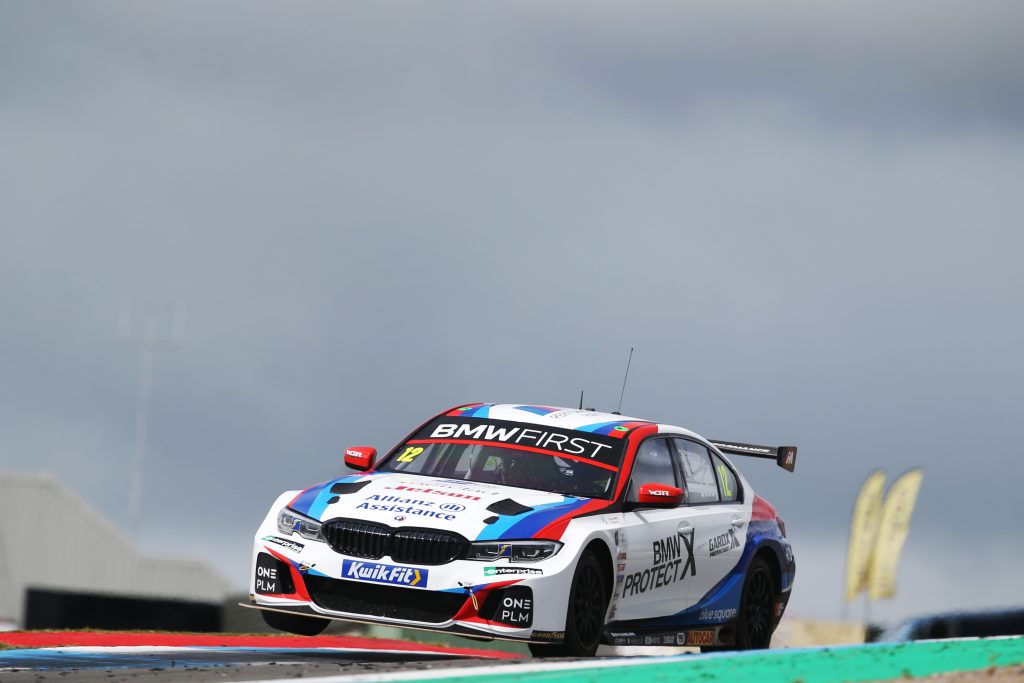 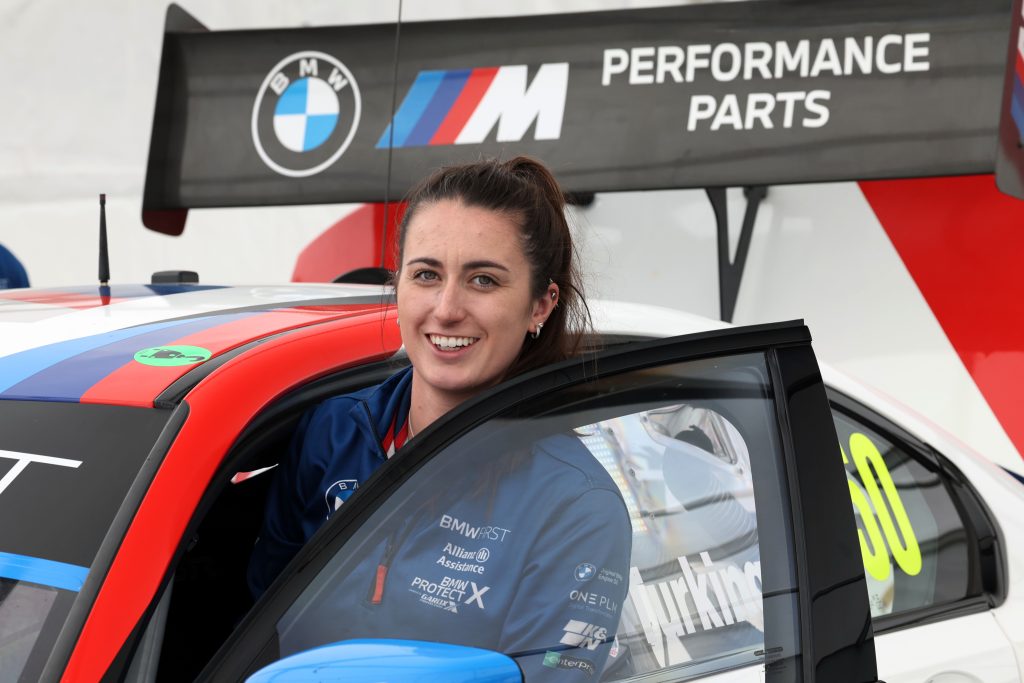 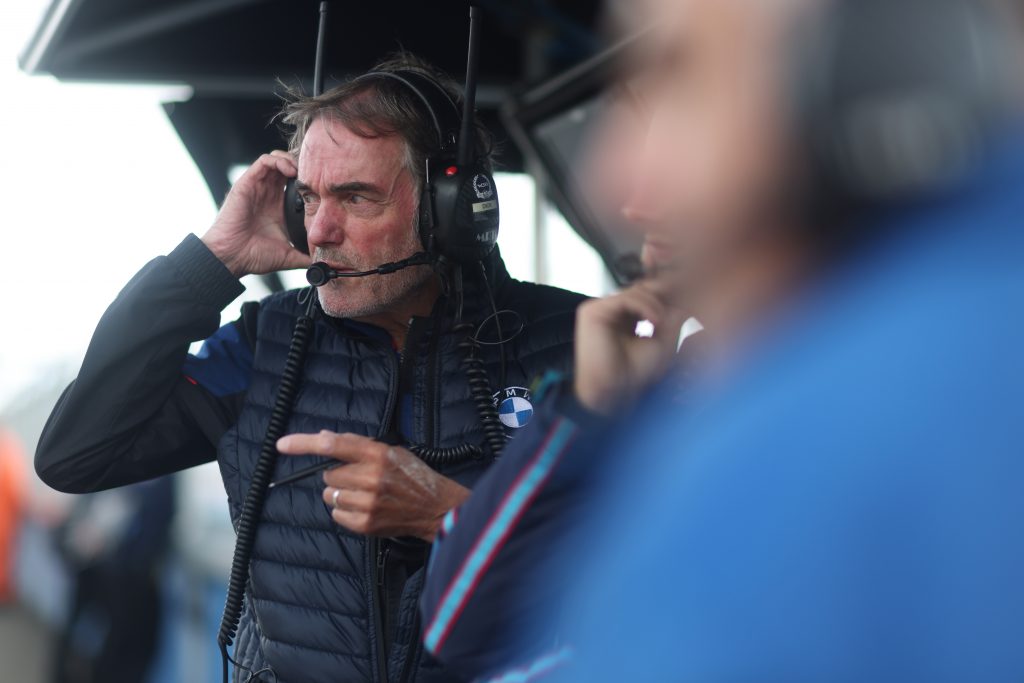 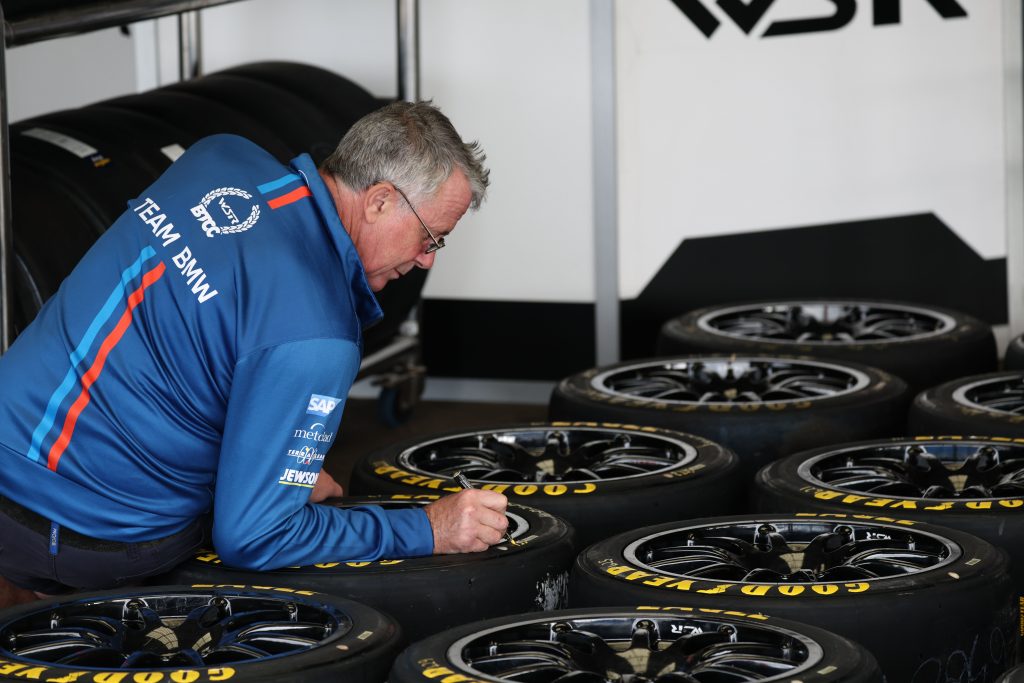 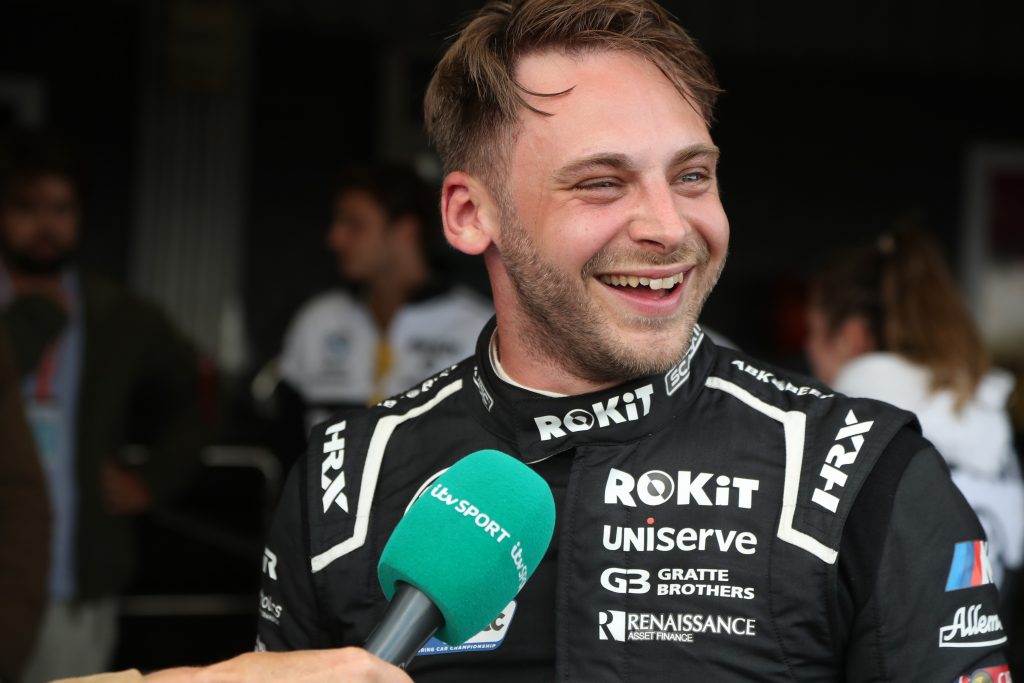 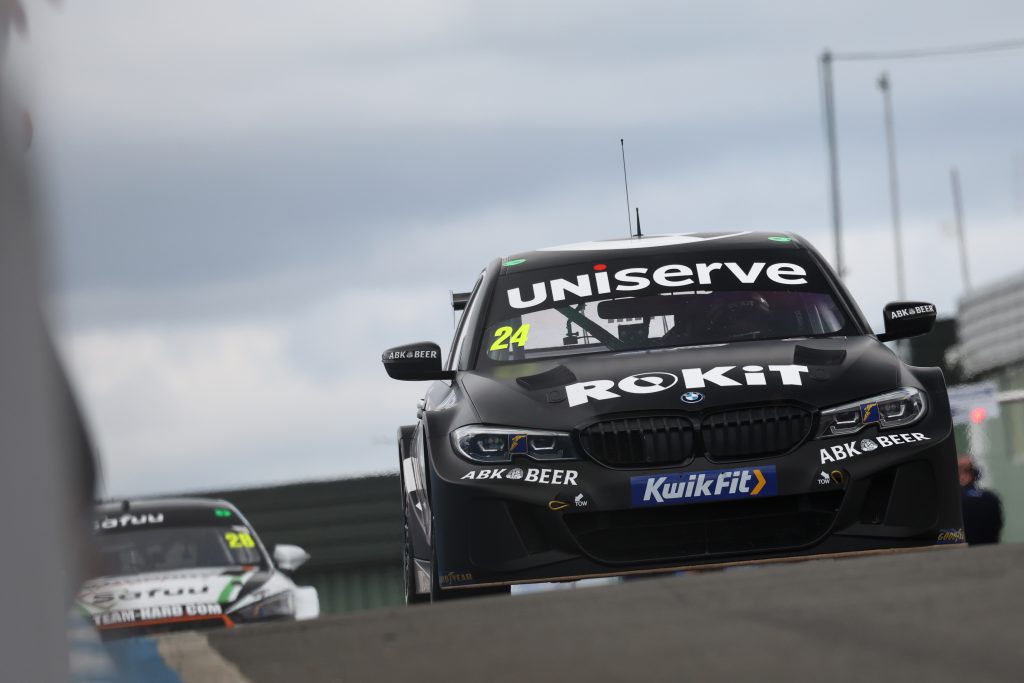 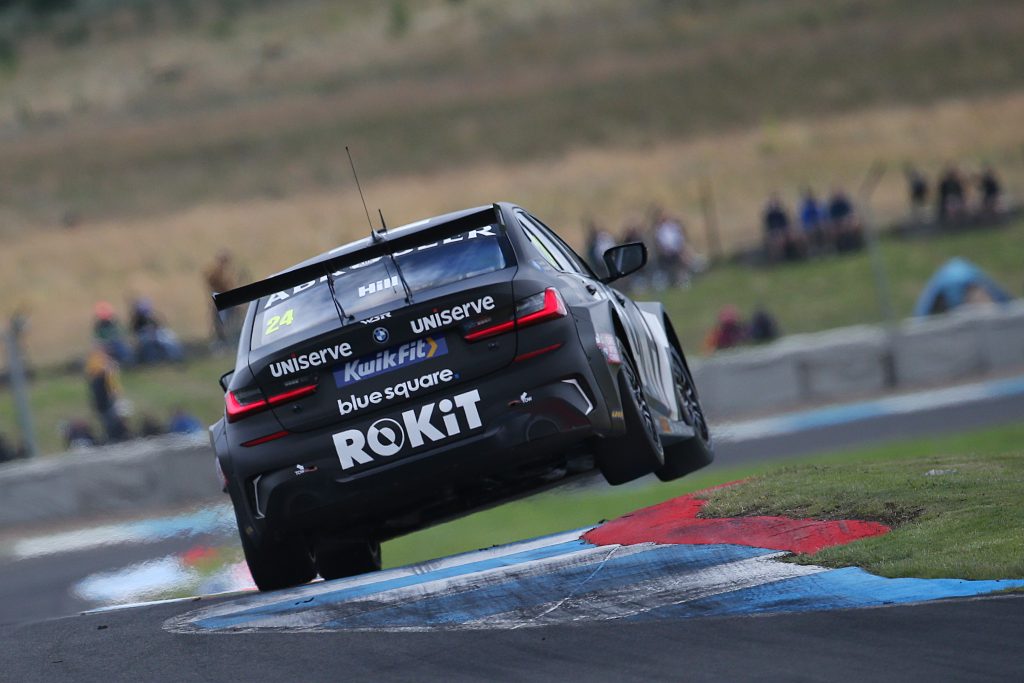