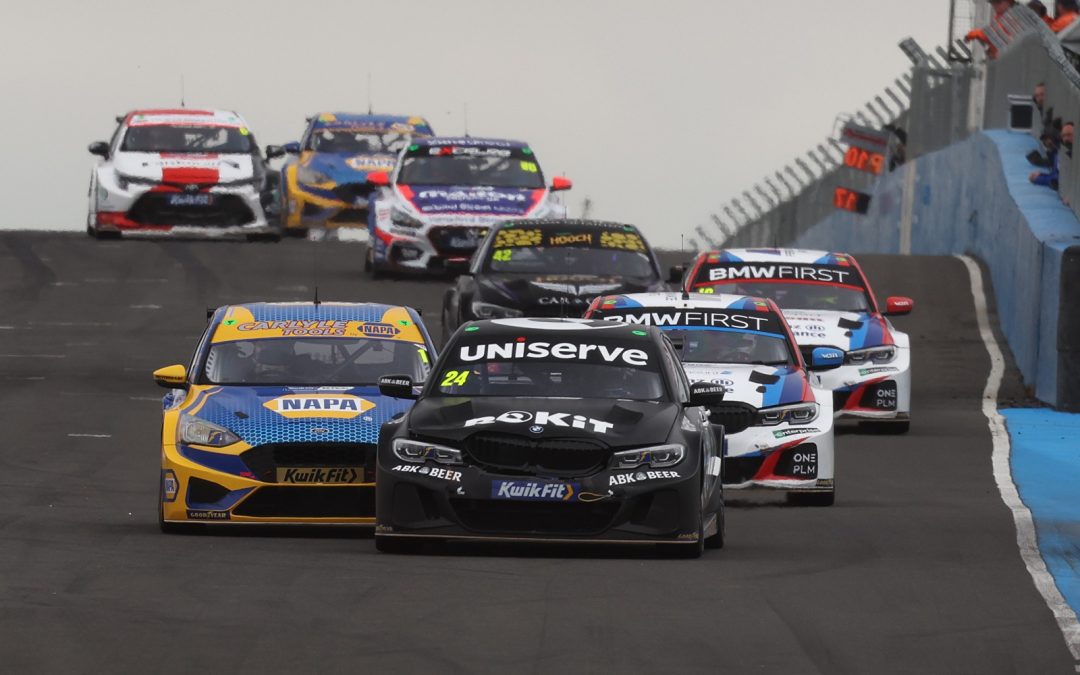 Jake Hill gave BMW and WSR a magnificent British Touring Car Championship victory at Knockhill on a day when Colin Turkington surged into the series lead with a double podium finish.

A total of five podium results from WSR-run BMW 330e M Sports across the day not only enhanced both drivers’ title prospects, but also increased BMW’s Manufacturers’ points lead – and its hopes of taking a record-extending seventh-straight title.

ROKiT MB Motorsport racer Jake had starred on Saturday, storming to pole position by over two tenths of a second, and he protected his position at the start of the opening race, only to fall back to second spot on the next lap.

After a couple of failed earlier attempts, the Kent racer moved his ROKiT Ship back into the lead just before half-distance and pulled away to his second win of the year and the fifth of his BTCC career.

He added second-place finishes in the remaining two races – twice setting the fastest lap as well – to leave Scotland with a stunning 59 points; the highest weekend points total scored in the BTCC in 2022.

Not only did this move him up to fourth in the Drivers’ Standings, it also also cut his deficit to the series leader from 41 points to just 14.

That series leader is – for the first time in 2022 – Team BMW’s Colin Turkington, who came within 0.2 seconds of making it an all-BMW one-two finish in Race One, but finished in a strong third place.

The Northern Irishman repeated that result in Race Two to rack up his eighth rostrum result of the season and then added fourth in the finale. He has a four-point advantage in the Drivers’ Championship with 12 races remaining.

Stephen Jelley equalled his best weekend points total of the season; the Leicester racer’s trio of top-10 finishes also helping Team BMW to climb to second in the Teams’ Championship and pull to within four points of the series lead.

Stephen finished fourth in the opening race and added eighth and sixth spots across the remainder of the day.

The series continues at Snetterton, Norfolk, in two weeks’ time.

Jake Hill (ROKiT MB Motorsport) said: “What an absolutely brilliant day. Once the tyres came up to temperature in Race One the BMW came alive and I had the speed to win. Race Two was still a great result, but one I’m a bit annoyed with because the barrier at the chicane got moved and that meant my reference point changed, so I was taking it wrong every lap, made a mistake and lost the lead. But Race Three was great, there was some very clear communication between the engineers on the pitwall that got me past Colin and finished second again, so a huge thank you to the team for making that happen. Fifty-nine points is phenomenal and puts me right into the championship hunt. It’s my biggest-ever score and most importantly I’ve gone from 41 behind in the title fight to 14. I’m over the moon.”

Colin Turkington (Team BMW) said: “It’s been a really solid weekend for points. Two podiums and a fourth place make a really good score on a day when I didn’t really have that last little bit of pace that you need to win. The racing was hard and inside the car it was very hot, but we had great reliability and good teamwork between myself and Jake and that’s maximised what we could achieve team-wise. Leading the championship is obviously a good thing, though it does mean I have to start the Snetterton weekend with no hybrid. I’d much rather be leading at the end of Brands Hatch in October, but it’s a strong position to be in.”

Stephen Jelley (Team BMW) said: “It’s been a strong weekend, but I still feel I could have maximised it even more. Being able to see Jake and Colin’s data has helped me to understand how to get more out of the car. I knew in Race Three who was behind me and that it would help Team BMW in the Teams’ Championship. I’ll take this as a small victory – one that gets me into the top 10 in the Drivers’ points and helps the team. I definitely felt I had more ability to defend when I needed to than earlier in the year. The fact that my best results are coming in the first race more often shows how we’re going into each weekend in a more competitive state, and that can only be a good thing.”

Dick Bennetts, Team Principal, said: “It’s been an excellent weekend. Five podiums from three races, nine points finishes from nine starts, top-scoring team, three Manufacturer wins, Drivers’ points lead… It couldn’t have gone much better. It’s been a real team effort to get here and what we did in Race Three to switch Colin and Jake around was definitely in the best interests of the team. I’d also like to congratulate Ciceley Racing and George Gamble on his first BTCC win – a result that means every one of the six BMW 3 Series we’ve built since 2019 has won a race. That’s something we take a huge amount of pride in.” 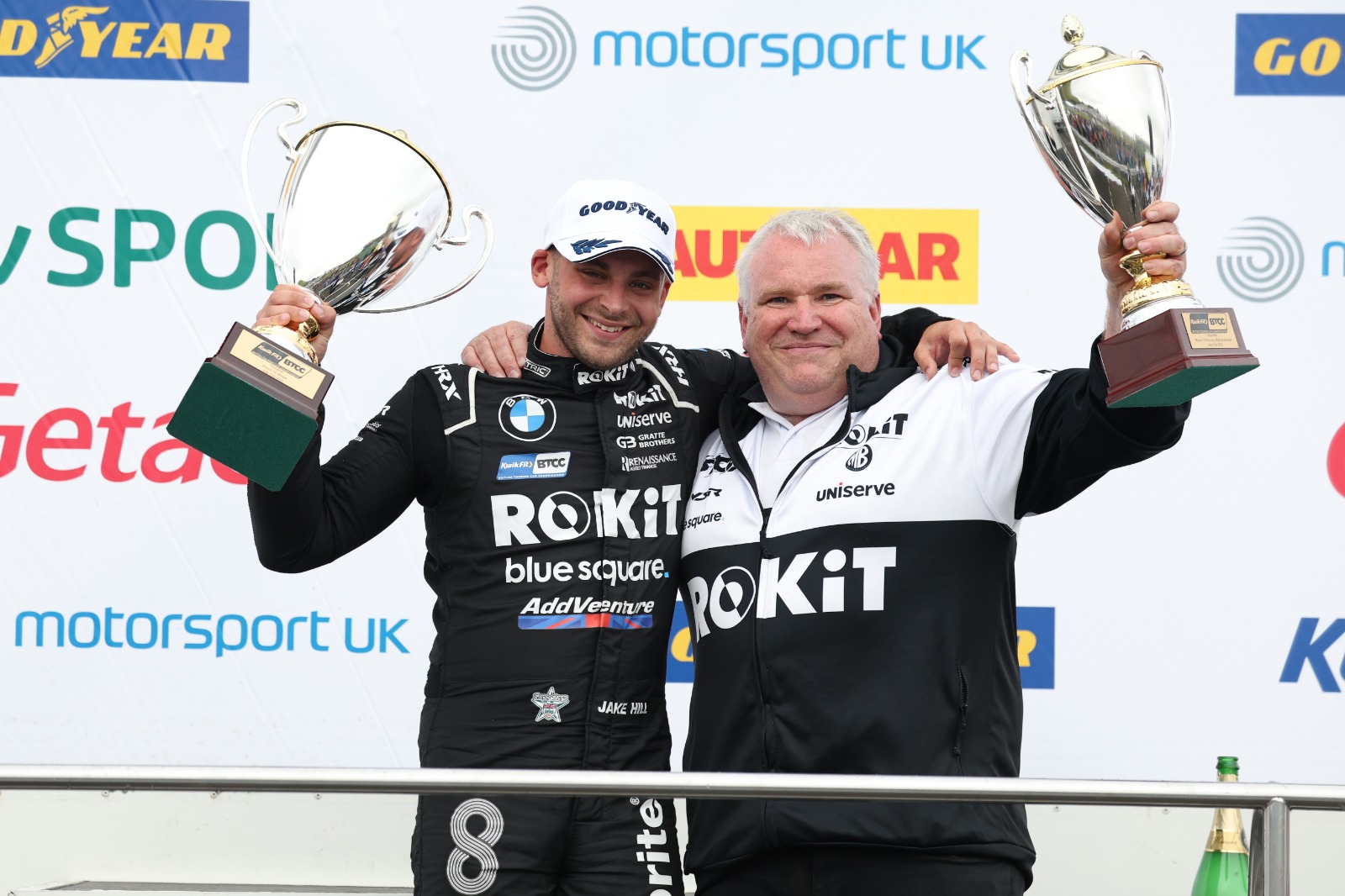 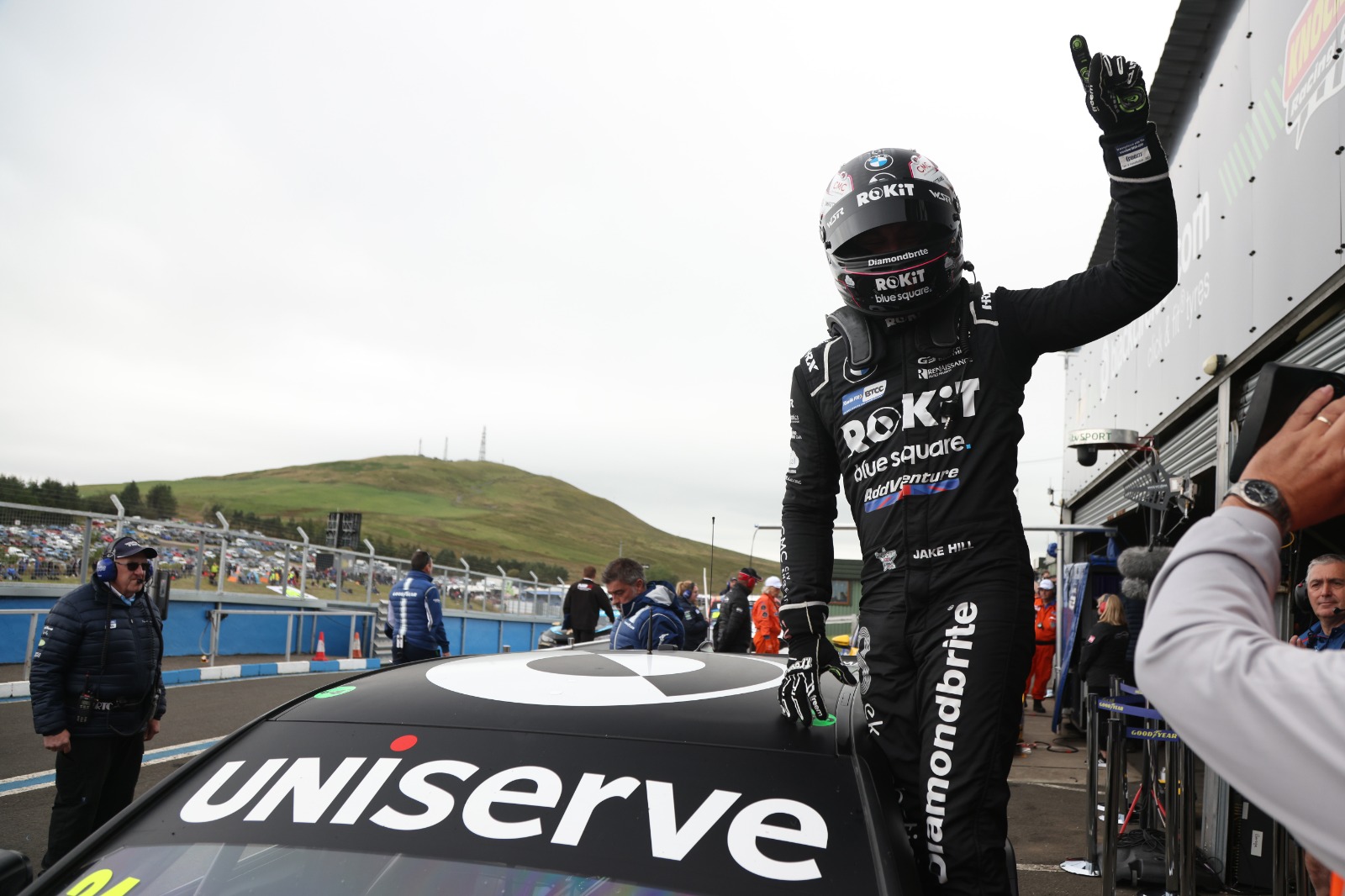 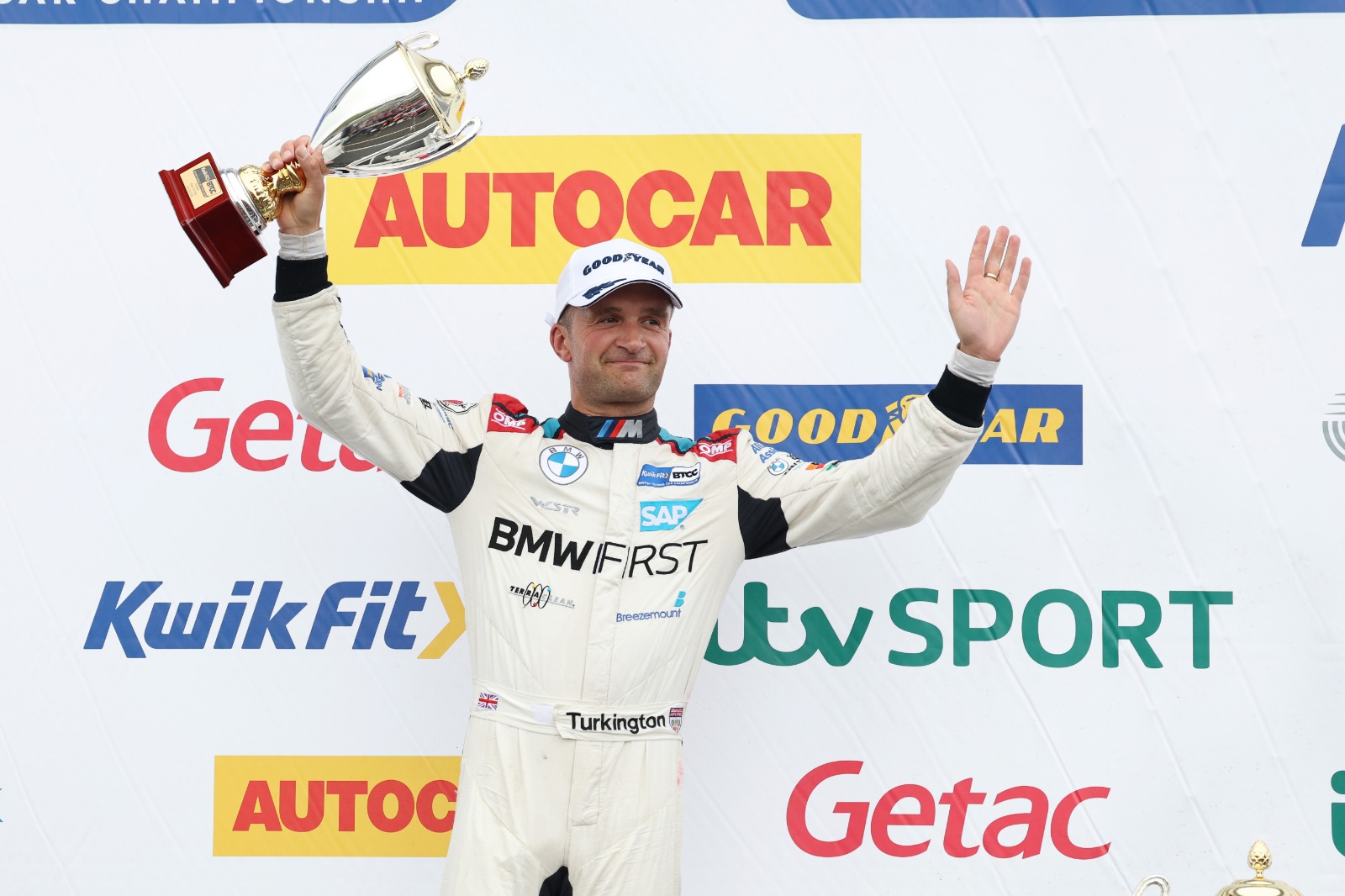 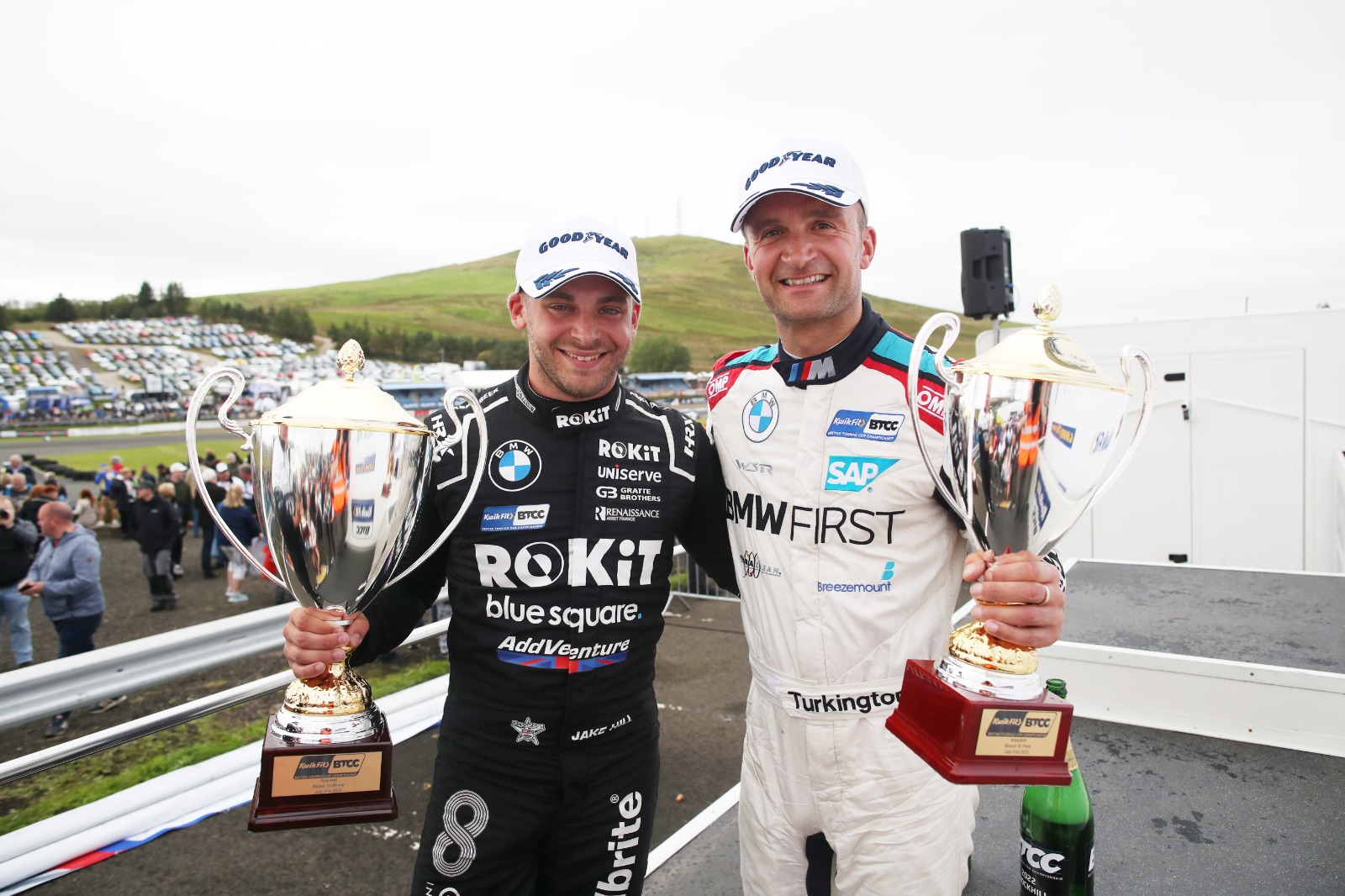 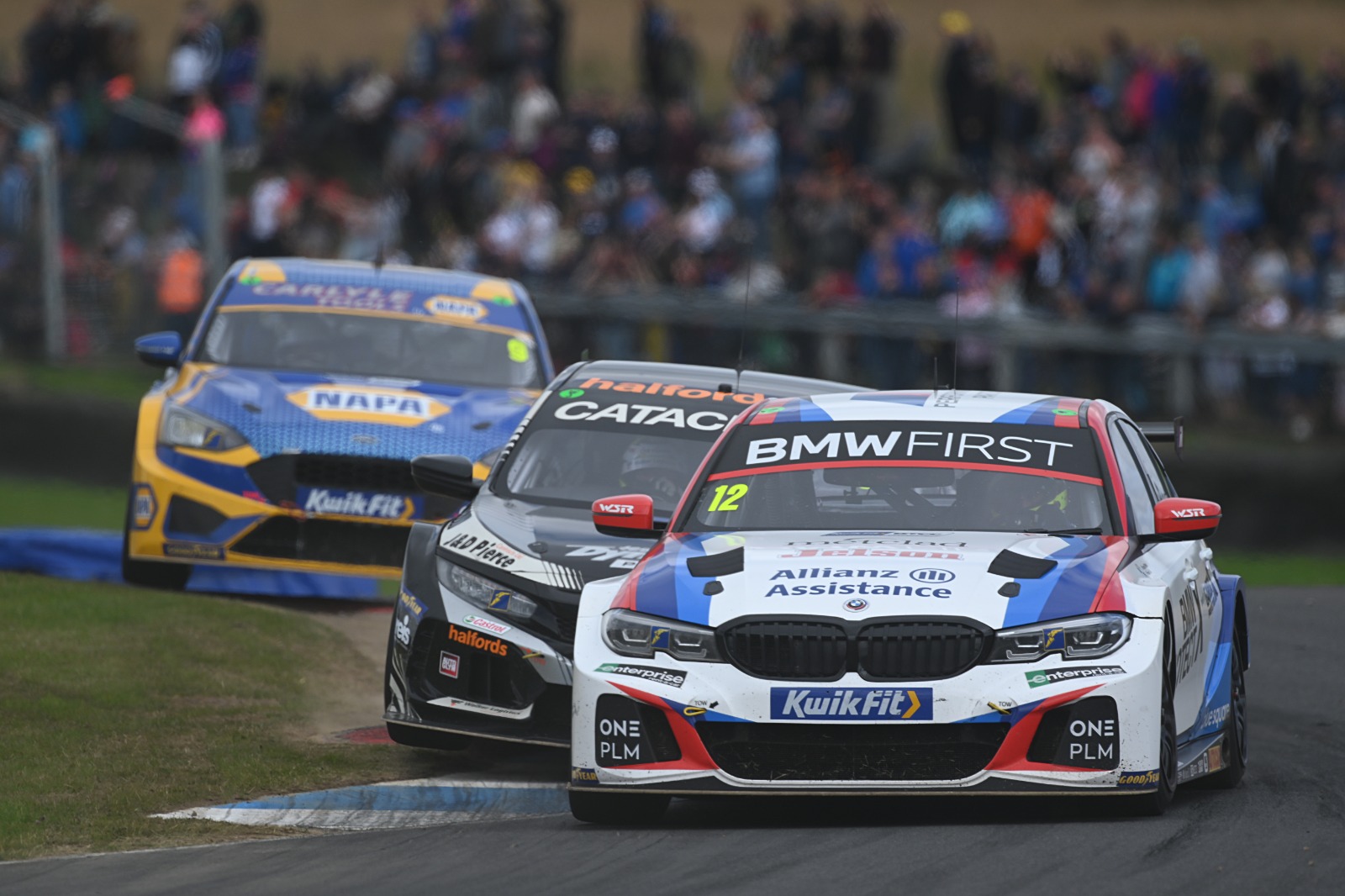 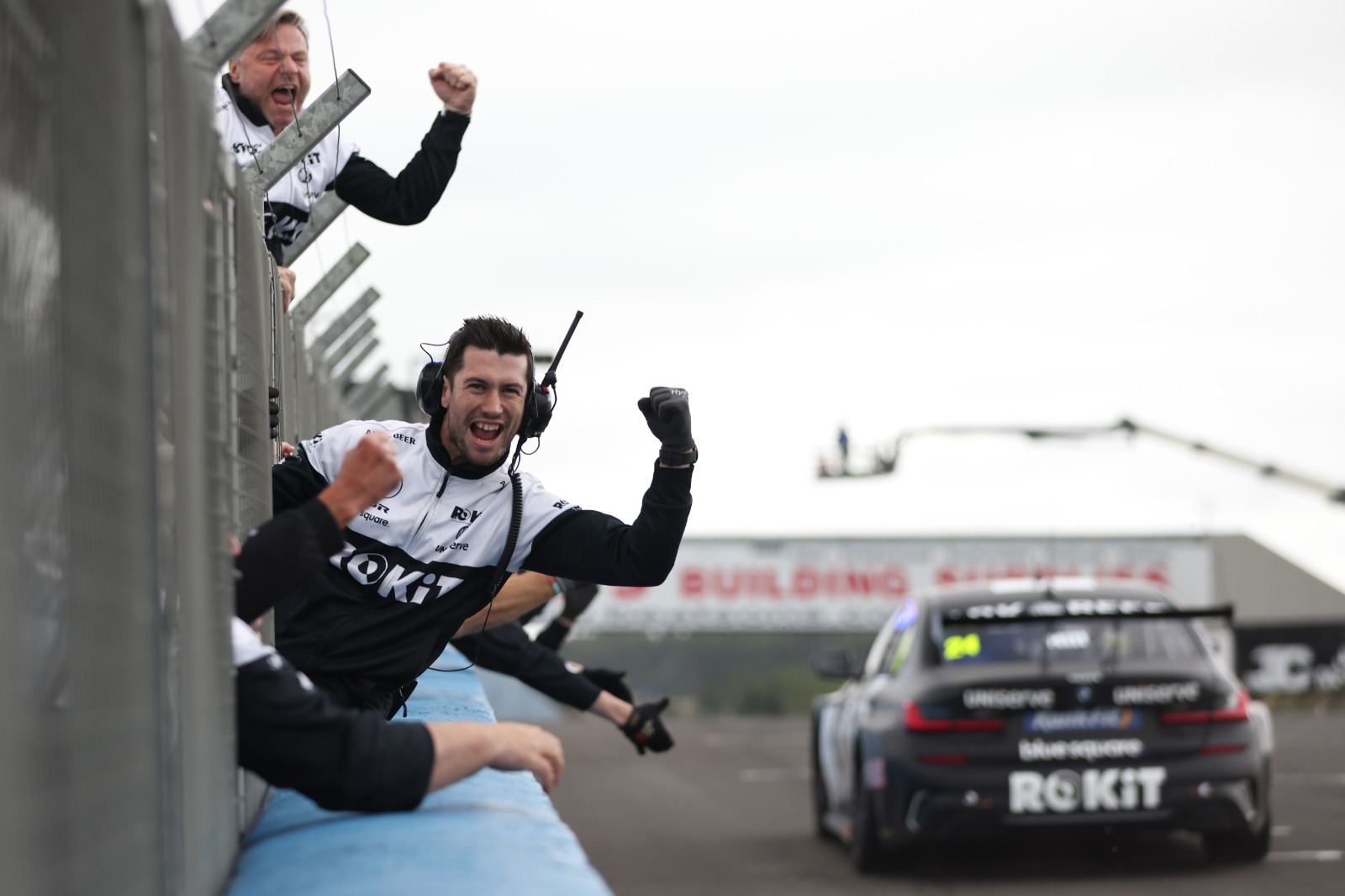 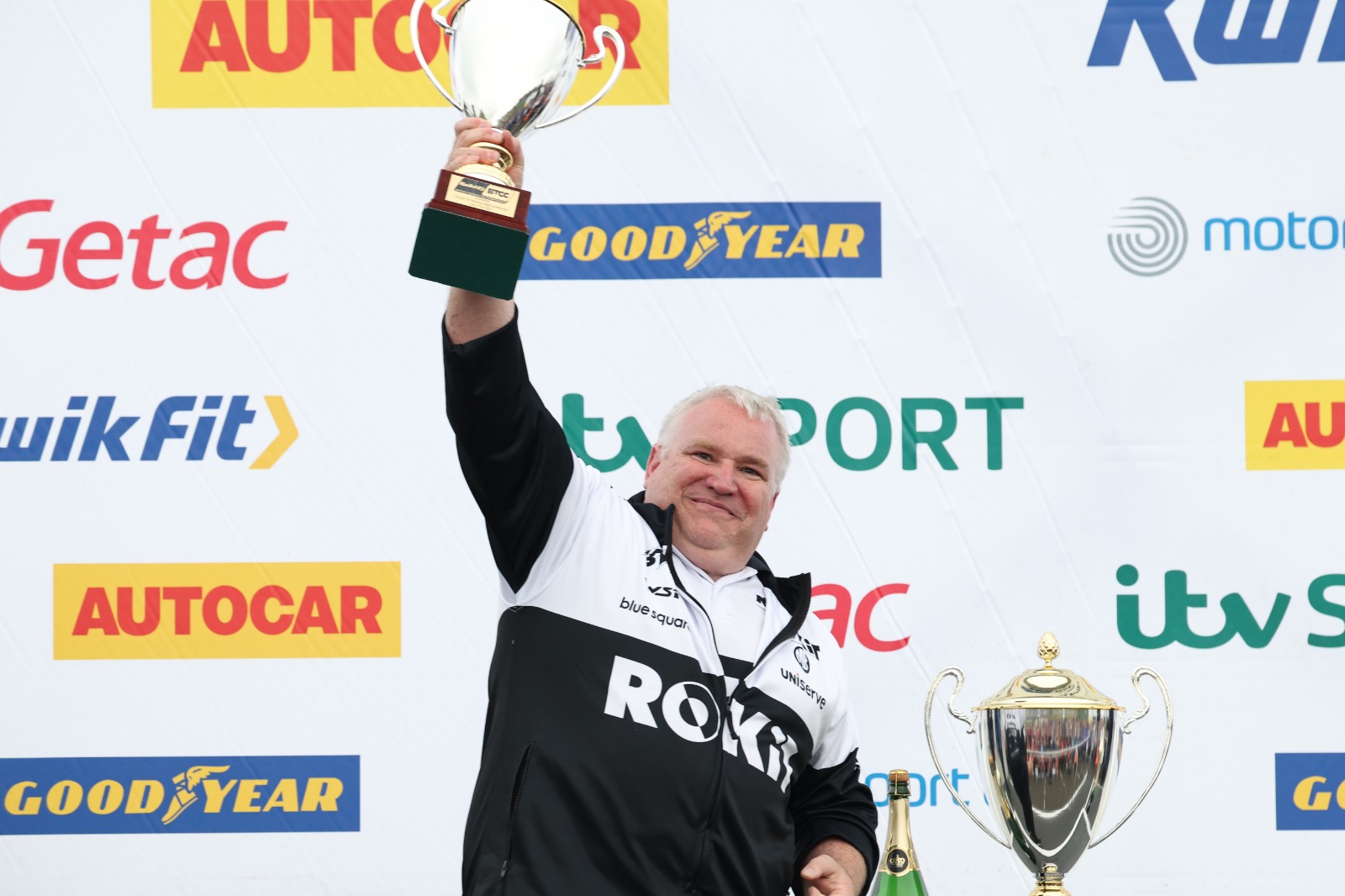 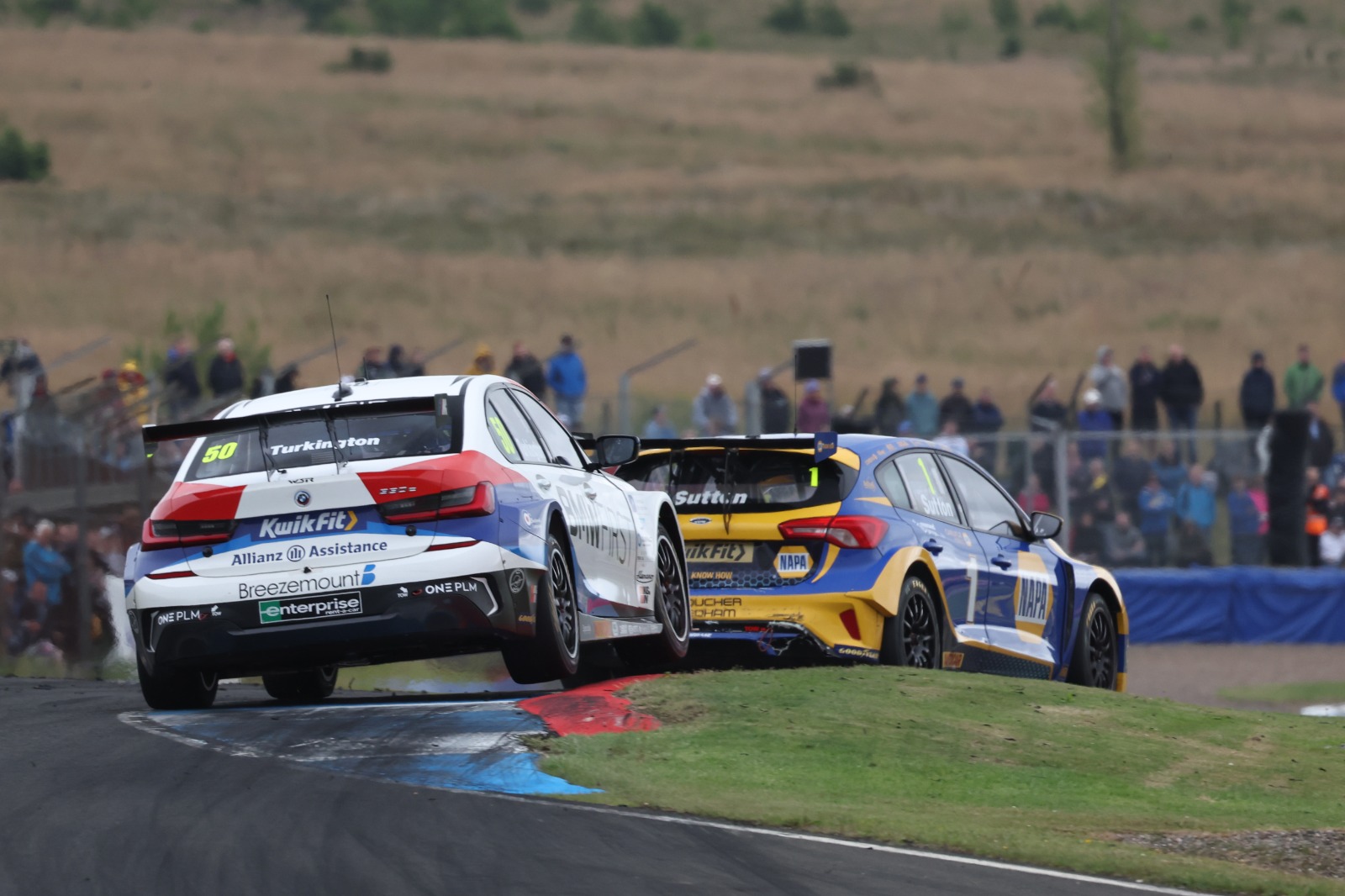 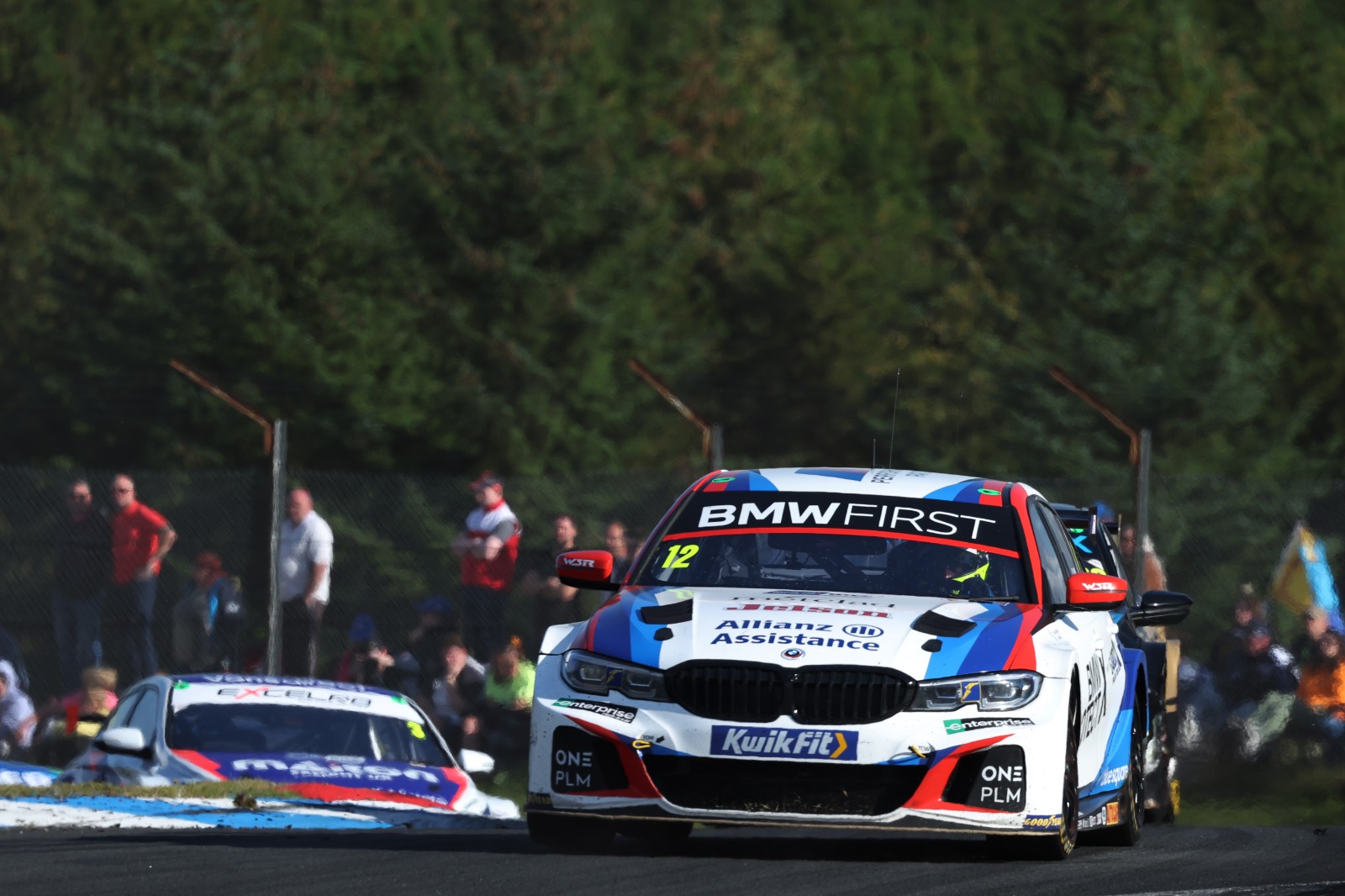 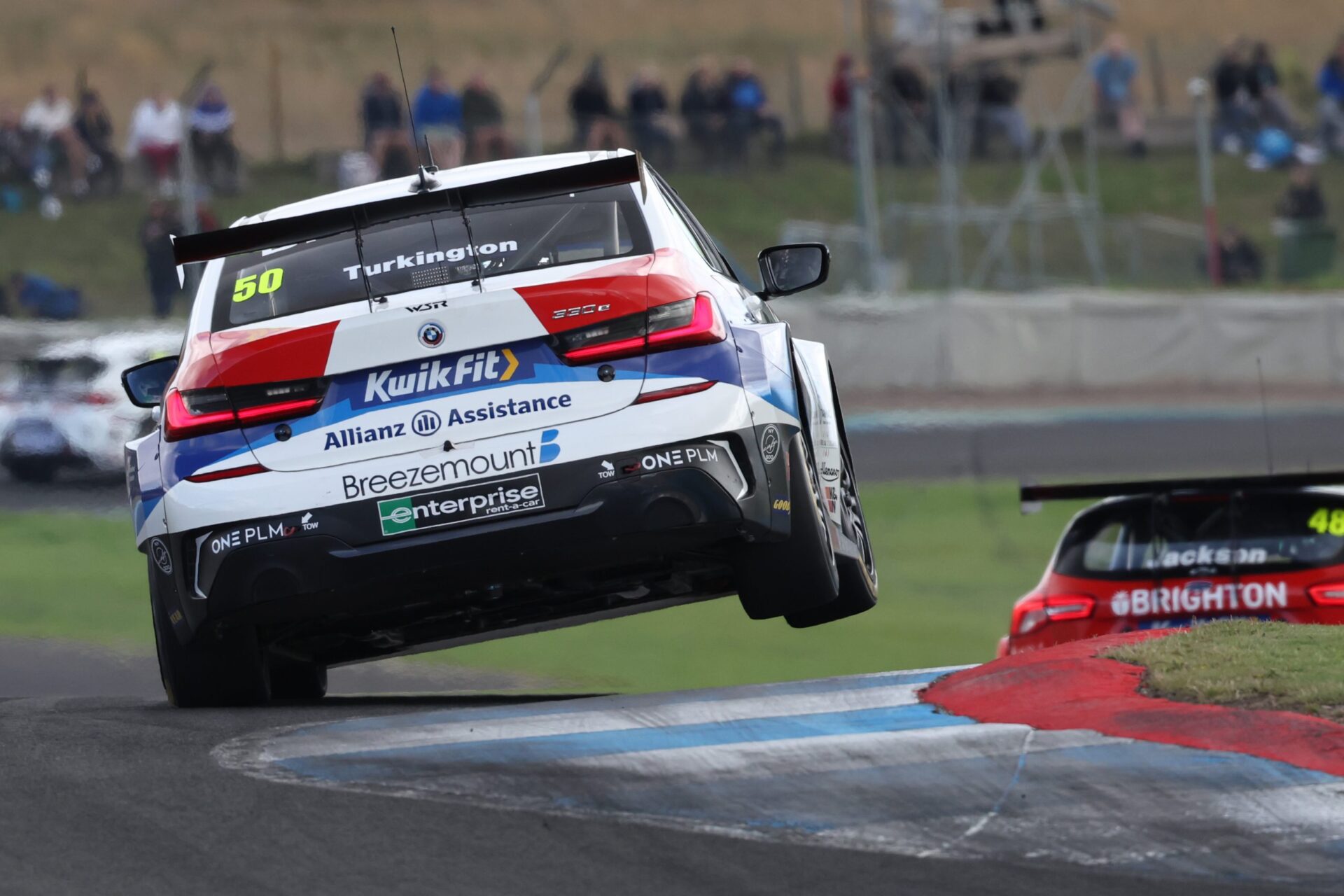 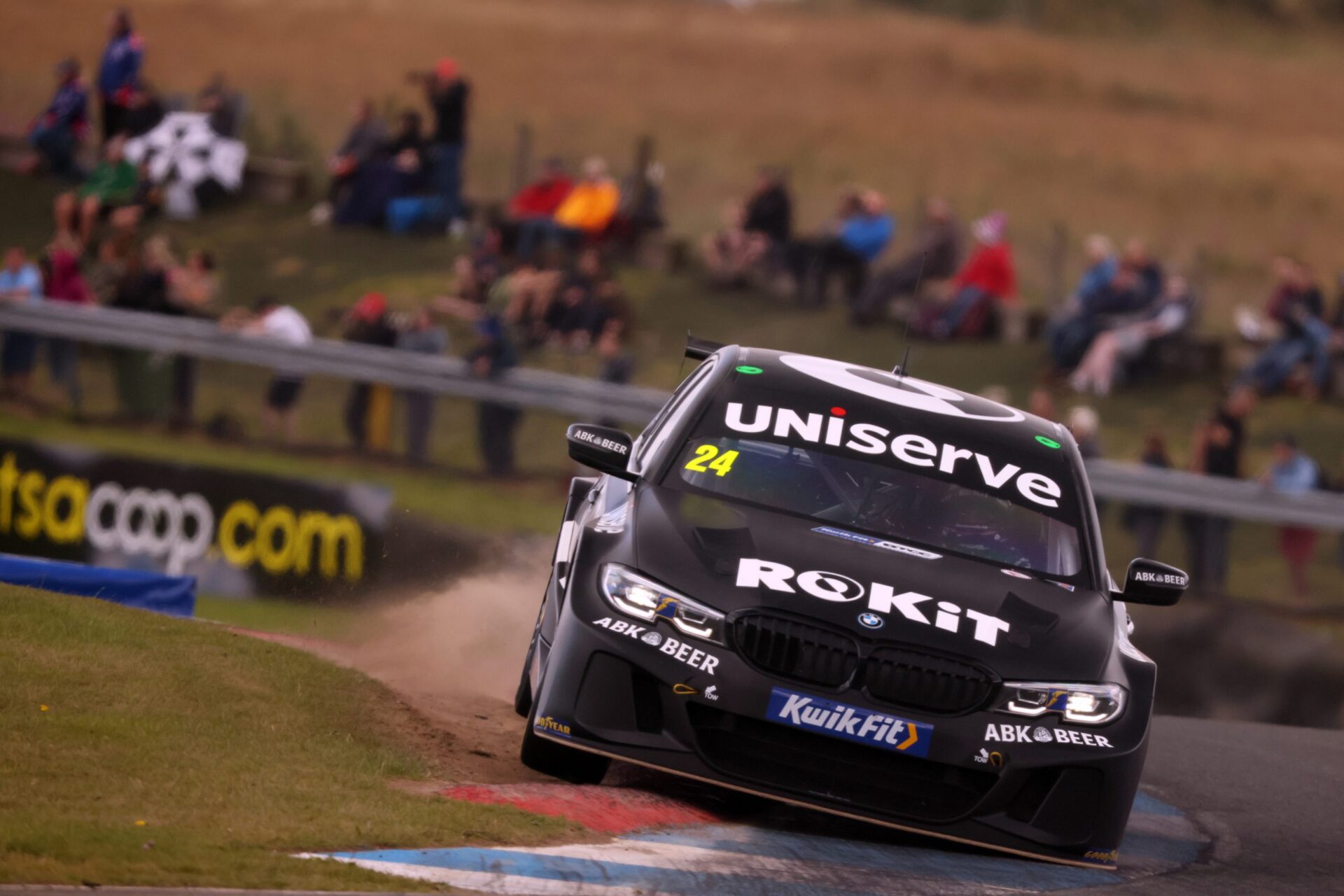