BMW Pirtek Racing storm back to form in Thruxton qualifying 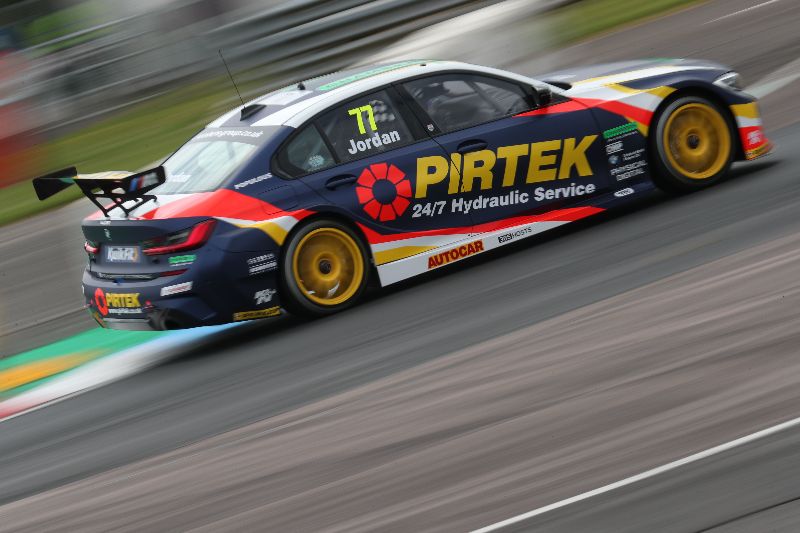 The Lichfield driver qualified third for the opening race in his West Surrey Racing designed-and-built BMW 330i M Sport, which has been fully re-built since his devastating shunt at Donington Park last time out.

The 2013 champion was forced to sit out the second and third races last time out with bruising to his ribs and sternum, but both he and his car were back to their best in qualifying at the Hampshire circuit.

Jordan was fastest of all in qualifying until a late red flag caused the session to be re-started with five minutes put on the clock.

Unfortunately he wasn’t able to improve, while two of his rivals did, meaning that he will line-up alongside WSR stablemate Colin Turkington (of Team BMW) on the second row of the grid.

Andrew Jordan said: “You can’t help but have your confidence knocked a little bit after a crash like the one I had at Donington, so I put myself under a lot of pressure to qualify well here. I lost my first lap time for crossing track limits early in the session, but I could see that I had the pace to be near the front. Third is a great reward for the guys, who have done some amazing work to bring the car back to life after Donington. We should be strong off the start, and if the first lap goes well, I’m pretty confident we can have a good day. I always want to win but I will be happy if I leave this weekend with three top-six finishes.”

Dick Bennetts, Team Principal, said: “AJ was strong all day and he was unlucky to miss out on pole position. Given what happened to him at Donington, this is a storming job from the team. Hopefully starting where they are now, we won’t have those issues tomorrow, but we all know what can happen when you start in the midfield. The guys have done amazingly well to get the car ready and Willie Poole and WPMS have done a great job to repair the shell.”