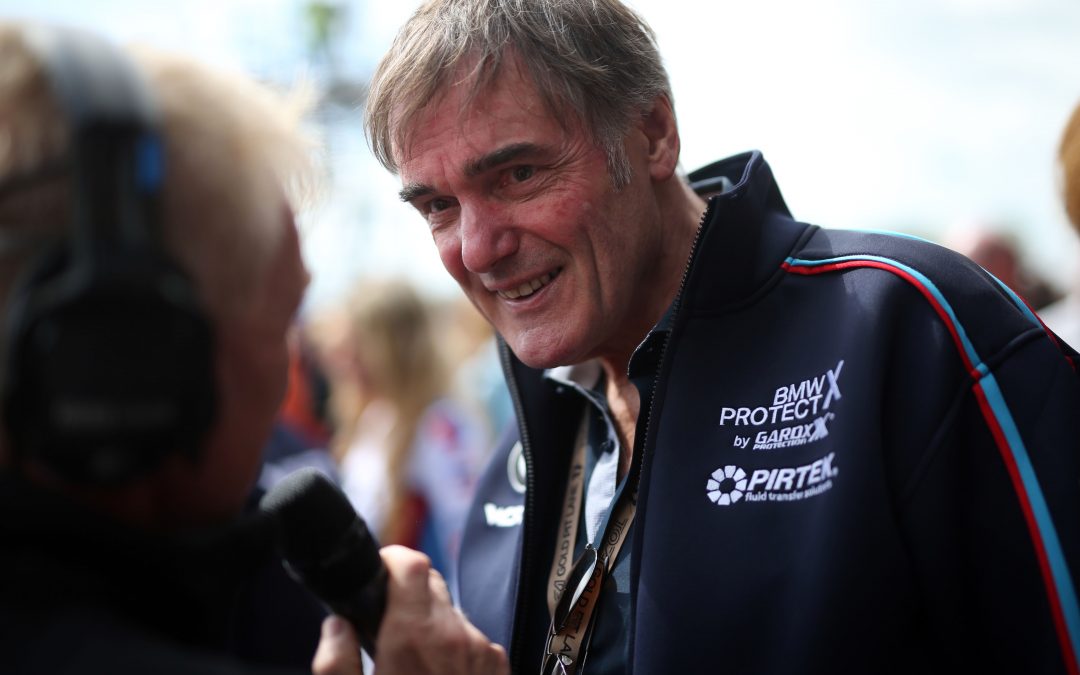 WSR’s Team Principal Dick Bennetts and reigning British Touring Car Champion Colin Turkington have both received prestigious honours at the 2020 Autocar Awards in recognition of their achievements in motorsport.

Dick received an Outstanding UK Leaders award while Colin was named Motorsport Hero of the Year.

Autocar, established in 1895, is the world’s oldest weekly motoring publication and is now published in 17 countries; its news, opinion and features setting the benchmark for car journalism worldwide.

Dick’s award comes after a career of almost 50 years in motorsport that began in his native New Zealand and continued when he moved to the UK in 1972 to run great friend David Oxton’s Formula Ford 1600 car.

Major successes with legendary drivers such as Niki Lauda, Keke Rosberg, Bobby Rahal, Eddie Cheever, Stefan Johansson and Brian Redman were the precursor to the establishment of WSR in January 1981 to race in the British Formula 3 Championship.

Since 1996 the BTCC has been the team’s home with 91 race victories and 12 outright championship titles (including 11 in the past six seasons), but it has also won in the FIA World Touring Car Championship, run at the front in the A1GP World Cup of Motorsport and helped design the racetrack at Hampton Downs in New Zealand.

While ultra-successful drivers such as Nigel Mansell, Tom Kristensen, Andy Priaulx, Gabriele Tarquini, Will Hoy, James Thompson and Anthony Reid have all benefitted from stints at WSR, further evidence of Dick’s outstanding leadership is revealed by the number of non-drivers who have used the lessons learnt under his tutelage to great effect.

WSR’s greatest touring car successes have all come with Colin Turkington behind the wheel; most notably his record-equalling fourth BTCC crown last October.

Joining the team in 2002, aged just 20, Colin’s rise to the top was rapid as he scored his first win the following season in an MG ZS and finished third in the 2006 points.

It was the team’s switch to BMW machinery in 2007 that was the catalyst for his greatest moments. Three straight Independents’ titles culminated in the outright BTCC crown in 2009 in a 3 Series, and he added two more in 2014 and ’18 in the 125i M Sport, which was designed, built and run by WSR.

Last year; a season in which he became only the fourth driver to break 50 BTCC wins, he scored perhaps the most dramatic title win of all, winning five times in the brand-new BMW 330i M Sport but heading into the final race of the season on the back foot after being spun around by his chief title rival’s team-mate earlier in the day.

Moving into a championship-winning position with just a lap-and-a-half of the season to go, Colin claimed an emotional title by just two points from WSR team-mate Andrew Jordan.

From August 2, he and Dick get to do it all over again.

Dick Bennetts, Team Principal, said: “I’m truly humbled to receive this honour. To still be winning races and championships after all these years, I guess I must be doing something right. I think you can only be a good leader if you have a truly outstanding group of people around you, and throughout my career in motorsport I’ve always been fortunate to be in this position and I think that if you look at the men and women who have worked at WSR and what they’ve gone on to achieve, either with us or elsewhere, that point is pretty clear. I’ve been asked what the secret of success is many times, but at WSR we work hard, learn from our mistakes and look after each other… It’s no more complicated than that.”

Colin Turkington said: “I’d like to thank Autocar for the recognition of my continued success with WSR. It’s quite a title and one I don’t think I deserve just yet. At the moment I’m fully committed to my current campaign in the BTCC and together with Team BMW we’re doing everything we can to keep delivering the results.”