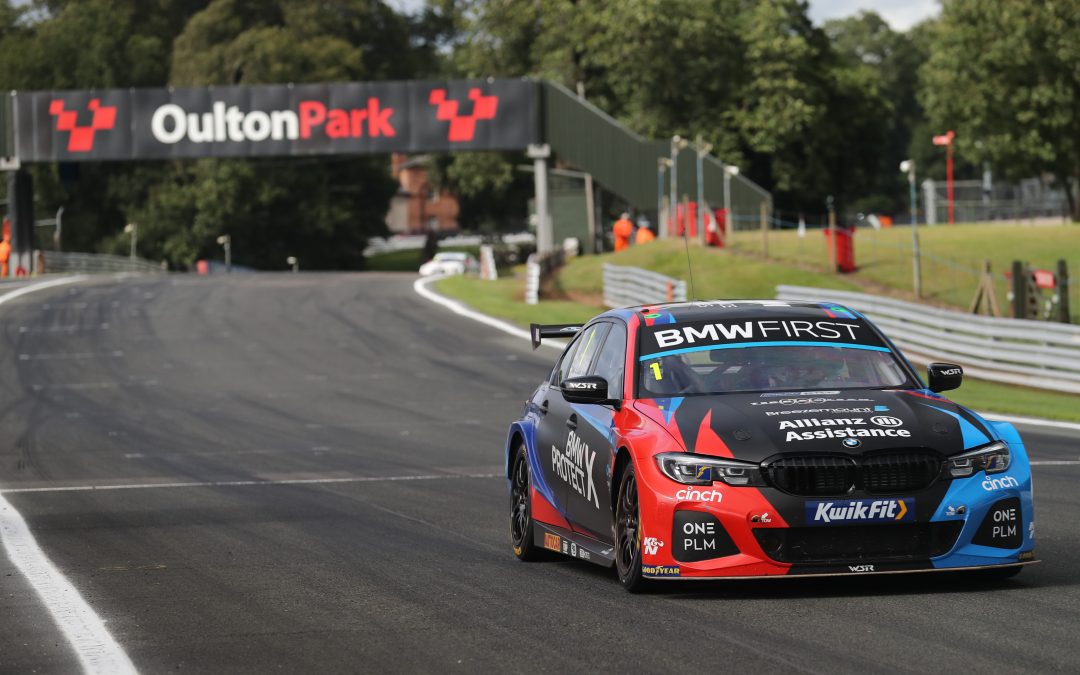 British Touring Car Championship leaders Team BMW put on a strong display in qualifying at Oulton Park to set themselves up for another big points haul on raceday.

Colin Turkington and Tom Oliphant qualified third and eighth despite large amounts of success ballast making their WSR-run BMW 330i M Sports two of the heaviest cars on the grid.

Four-time champion Colin leads the race for the Drivers’ title and carries the maximum 60kg ballast as a result.

After going 15th-fastest in mixed weather conditions in opening practice, he improved to sixth in FP2 and then qualified an impressive third; just two tenths of a second away from pole position.

Team-mate Tom Oliphant, who grew up just four miles from Oulton Park in Tarporley, was another to show excellent pace in qualifying after a mid-session tyre change.

Tom, who claimed his first BTCC win a fortnight ago at Brands Hatch, carried 48kg success ballast in qualifying by virtue of lying third in the Drivers’ Championship.

After going 16th in the wet morning practice and improving to ninth in the afternoon, he qualified eighth; less than two tenths of a second behind Colin.

He did set an even faster lap with three minutes left, which would have put him third, but lost this due to unintentionally exceeding track limits at the final corner.

Sunday’s three races will all be broadcast live on ITV4 in HD.

Colin Turkington said: “Third place is a fantastic result given where we were in free practice. Team BMW have done a great job again for me so well done to everyone. Track position counts for such a lot here at Oulton, so if you start near the front, you have a great chance on raceday. The gameplan for Sunday will be the same as always; try to bring the car home in all three races and score good points. I’m not sure about tomorrow, so I’ve been checking my weather app all the time to see what it’s going to bring. We’ll just get out there and enjoy it.”
Tom Oliphant said: “I’m really pleased with the pace we have in the car in the dry. To be challenging for the front two rows with 48kg success ballast is exactly where we aimed to be today. I’m disappointed that I lost my best lap – which would have put me third on the grid – for track limits, but I have to accept it as my mistake and do the best I can from eighth. I definitely think I can make up a couple of places in Races One and Two and if the reversed-grid draw is kind to us, that could mean we’re in for another big points haul like at Brands Hatch.”

Dick Bennetts, Team Principal, said: “With the amount of success ballast we were carrying, third and eighth is about where I’d have expected us to be, especially with the gaps being as tight as they are. It’s a shame for Tom that he lost his best lap because of track limits, because that was a really good effort. We’re in pretty good shape for the races, but the weather has been impossible to predict across the day so anything could happen with the conditions tomorrow. We just have to be ready to react to whatever’s thrown at us.” 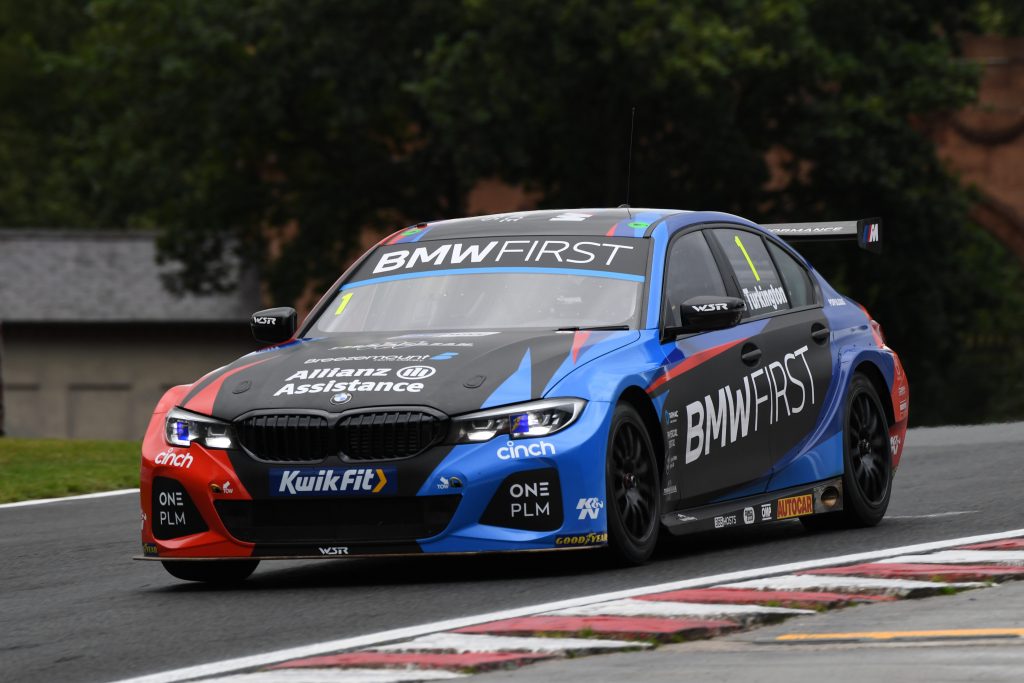 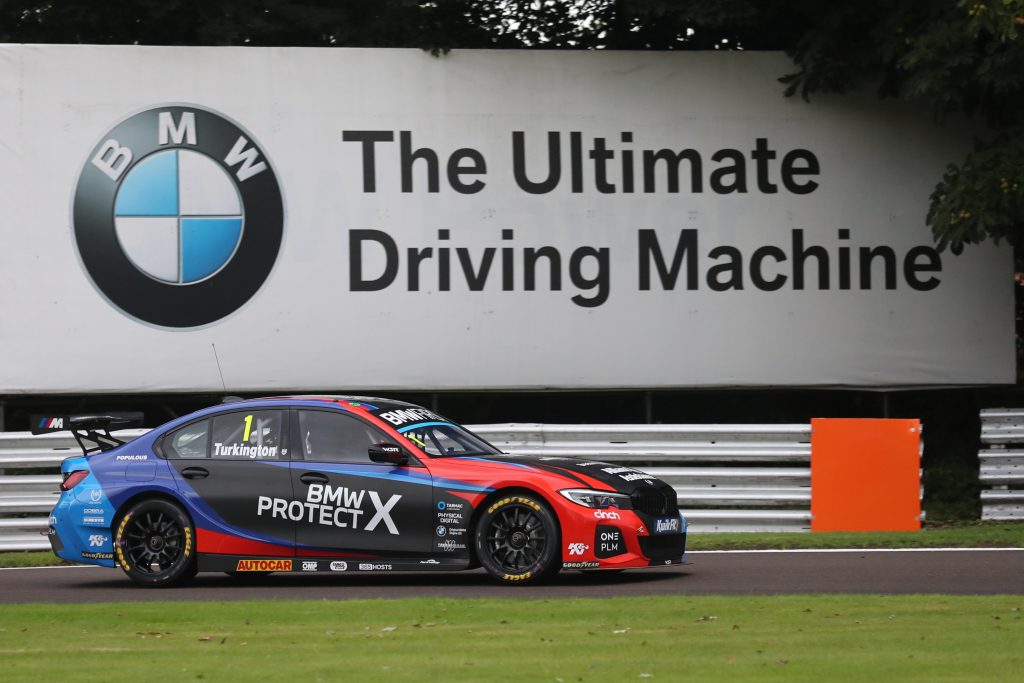 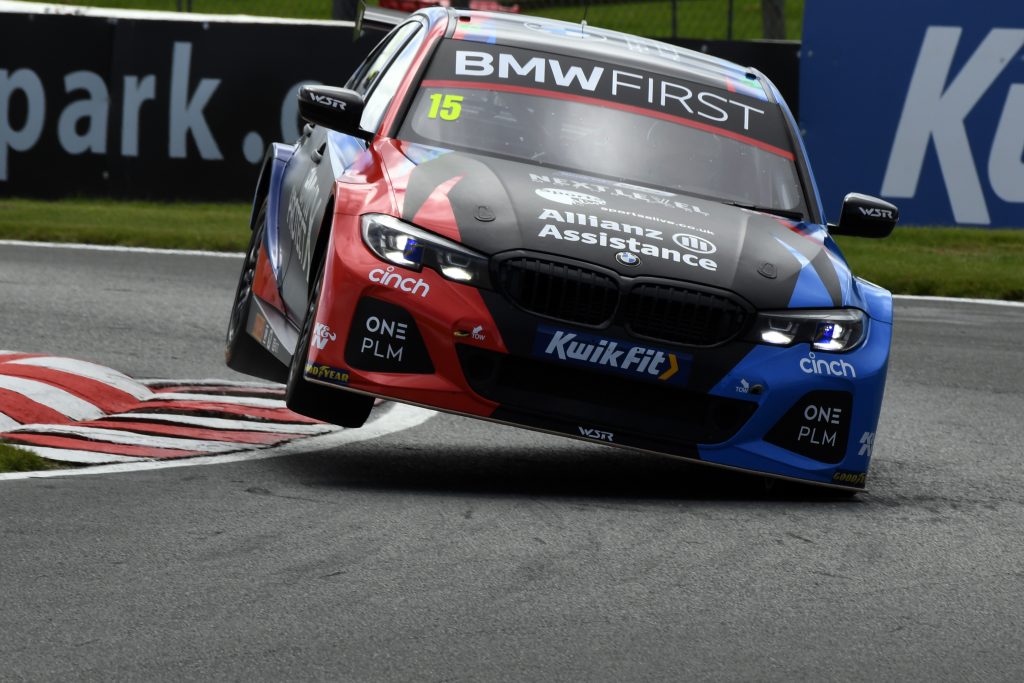