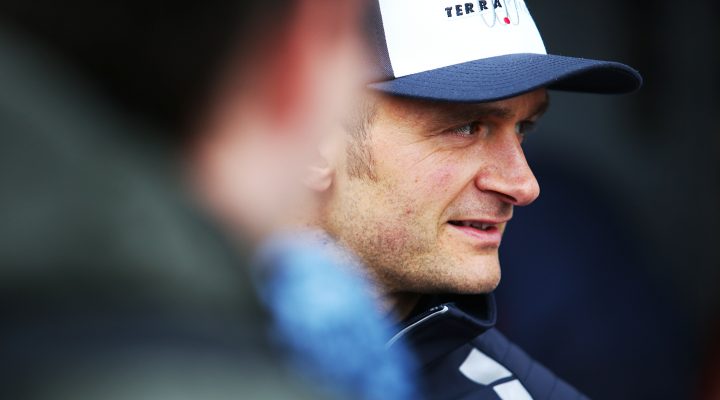 Team BMW is aiming for a treble title success as the 2018 Dunlop MSA British Touring Car Championship reaches its climax at Brands Hatch this weekend.

Heading the Drivers’, Teams’ and Manufacturers’ points tables with just three races remaining at the former British Grand Prix venue, the West Surrey Racing-run BMW 125i M Sports are being primed for their most important event of the season.

Northern Irishman Colin Turkington has finished on the podium 10 times in 2018 – more than any other driver – and his remarkable consistency has kept him at the head of the Drivers’ standings since Rockingham in August.

The Portadown driver, who holds a 34-point advantage over his nearest challenger with 67 available, is no stranger to final-weekend deciders, having won the 2009 and 2014 BTCC crowns in similar circumstances at the same circuit.

“I’m counting down the days to Brands Hatch; I’m just so ready,” said Turkington. “Yes, there will be pressure, but if you’ve prepared mentally and physically, you have nothing to worry about.

“It takes years of experience and mental training to be able to control the emotions that creep in on these big days, but needing to go out and do the job ignites another level of performance from me. I’ve had some of the best races of my career at this circuit and I’ll be doing everything I can to improve on that.

“As a team we’ve been in constant dialogue since Silverstone and we’re leaving nothing to chance. I’m confident in the BMW and the exceptional team I have around me. Believe me, after the disappointment of last year, we’re going all-out to come home with the trophy.”

Turkington will once again be partnered by BMW Motorsport Junior Ricky Collard, who claimed a magnificent front-row start last time out at Silverstone and followed that up with a maiden podium finish and the Jack Sears Trophy for the event.

The driver from Eversley, Hampshire, continues to substitute for his father Rob, who has sat out the final four weekends of the season as he recovers from a concussion sustained at Snetterton.

“Since coming into Team BMW, my role has been to learn the car, do whatever I can to support Colin in his quest for the Drivers’ title and score as many points as possible for the Teams’ Championship,” said Collard.

“Nothing changes at Brands Hatch in that respect, although with the results we achieved at Silverstone, I’m placing far more expectation on myself. We’re coming into the weekend leading all three championships and we intend to win them too.

“That’s going to take a lot of focus and hard work, but that’s something this team knows all about. We’re in a good position.”

Dick Bennetts, Team Principal, added: “We’ve been in this position several times and on both previous occasions where Colin has come into the final weekend leading the Drivers’ Championship, he’s won it.

“While you can’t rely on the past to help you with what’s ahead of you, we look back at those experiences as well as the times when we’ve come out second-best, and we learn from them. All that helps you to grow as a team and build an environment to keep on coming back year after year and challenge for the big prize.

“I must say that this years Championship is one of, if not the most competitive that we have encountered in our 22 years of the BTCC. The aim, naturally, is to win the Drivers’, Teams’ and Manufacturers’ Championships and we’re confident in our ability to get the job done.”