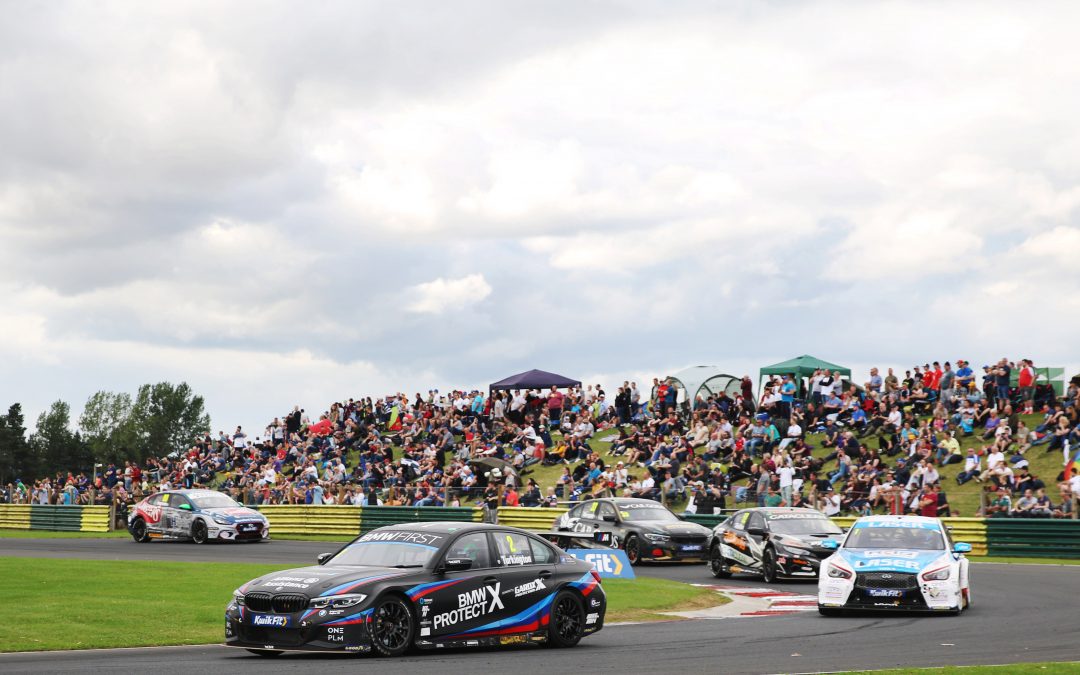 Hot on the heels of a dominant victory at Croft last Sunday, Team BMW continue their push for the British Touring Car Championship this weekend at Silverstone.

With the UK’s most popular racing series now into its final third, the battles for the Drivers’, Teams’ and Manufacturers titles occupy the full focus for the WSR-run team of BMW 330i M Sports.

Colin Turkington’s lights-to-flag win in Race Three at Croft lifted the Northern Irishman to third place in the Drivers’ Championship and reduced his deficit to the series lead to 35 points with nine races left and 201 points available.

The four-time champion, who carries 57kg success ballast on board his BMW, was a winner last year on the 1.6-mile National Circuit; only the second time in his BTCC career that he had been victorious at the track nearest to his Buckinghamshire home.

Team-mate Tom Oliphant endured a trying weekend in the North-East; first-lap contact in the opening race putting him into fightback mode for the rest of the day.

But the Leamington Spa-based racer has a good record at Silverstone and last year finished second in Race Three in his BMW. His luckless Croft means he has the advantage of carrying no success ballast into the weekend.

Stephen Jelley is, like Tom, aiming to climb back into the Championship top 10 at Silverstone and also carries no success ballast into the weekend.

With two podium finishes from the past three rounds, the Leicester racer is aiming to ensure that his Croft weekend – in which he still managed three points finishes despite being the victim of others’ poor driving – is nothing more than a blip.

Silverstone holds a very special place in WSR’s history as it was where the team won on their racing debut in 1981 with Jonathan Palmer in British Formula 3, and where they celebrated their first BTCC victory 17 years later with Will Hoy.

The drama-filled ‘top-10 shoot-out’ qualifying format returns this weekend for the first time since Snetterton in May.

Instead of the usual 30-minute single session, the fastest 10 cars after 25 minutes have elapsed will move into a separate pole-position shoot-out for a further 10 minutes, while the remaining drivers will be frozen in their grid spots for Sunday’s opening race.

Colin Turkington said: “It’s straight back to work for us all preparing for Silverstone with only days to turn everything around. Last year we showed great pace around the National Circuit and I’ll be aiming for that ‘home’ win again. The top-10 shoot-out feature will make a return for qualifying on Saturday and I really enjoy that extra challenge. I can feel the pressure building up and down the paddock and this is where we thrive. The final stage of the season is like nothing else and we’re building our momentum. I’m feeling very positive.”

Tom Oliphant said: “I’m optimistic of much a much better weekend at Silverstone than we had at Croft. I’ve always enjoyed competing there and I’ve had plenty of success there down the years. Qualifying’s going to be very important with the long straights, so I think everyone’s going to be doing their best to get a tow and making it into the top-10 shoot-out. Unfortunately my season’s over from a championship-winning point of view, so I’m just out to enjoy the rest of the season, pick up as many trophies as I can and try and help WSR and BMW win the Teams’ and Manufacturers’ titles.”

Stephen Jelley said: “I’m looking forward to going to Silverstone. We’re really getting our heads around the car and we left Croft in really good shape setup-wise. We have an aerodynamic car in the BMW 330i M Sport; one that’s quite ‘slippery’ through the air. If we can work well as three team-mates and get a nice towing situation going on [in qualifying], that will be worth a lot around Silverstone. It’s an advantage to have a three-car team in that situation and that’s going to be interesting to see. I’m pretty confident about the weekend. It should suit us and we should be able to put on a good show, but it will be very close.”

Dick Bennetts, Team Principal, said: “Back-to-back events are incredibly tough for every team because you want to do all the normal level of preparation, but you have almost no time to do it, so it’s extremely intensive. But it’s the same for everybody and we certainly had some good practice last year when we did it three times. Silverstone has been a key circuit in the WSR story as we made our debut here and scored our first wins in Formula 3 and the BTCC. The National Circuit has traditionally favoured front-wheel-drive cars, but we won here last year with Colin and are coming in off the back of a win at Croft, so maybe we’re not looking in bad shape after all. Unlike last year, we come here with three cars, which will give us a bit more flexibility with our qualifying strategy. With 24 cars within a second of pole last year – and 17 within 0.6s – teamwork on-track will be more important than normal on Saturday.” 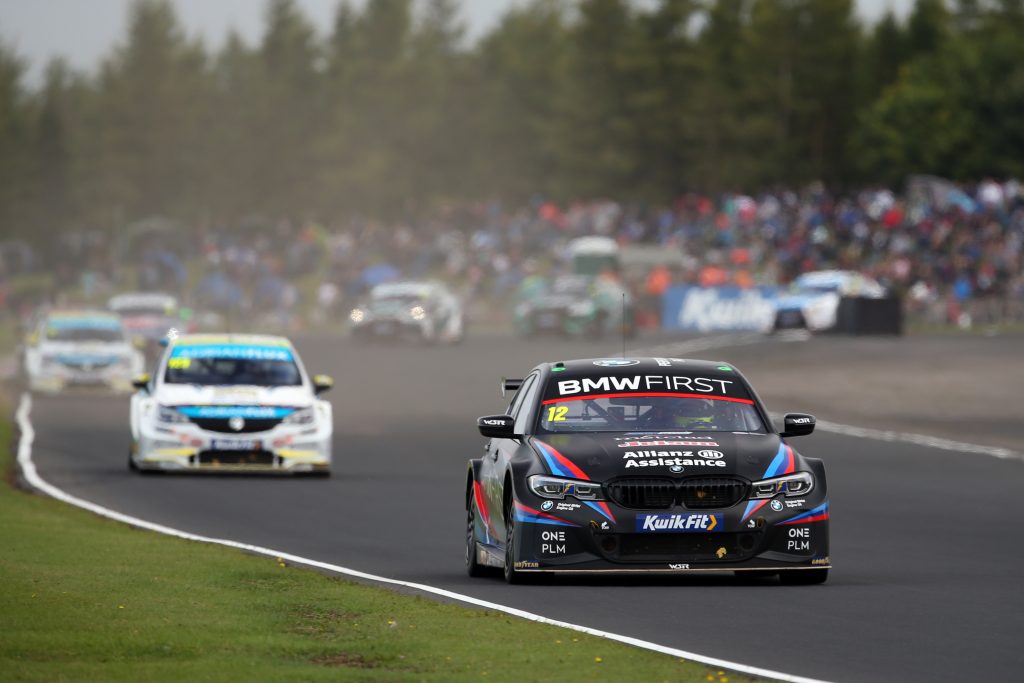 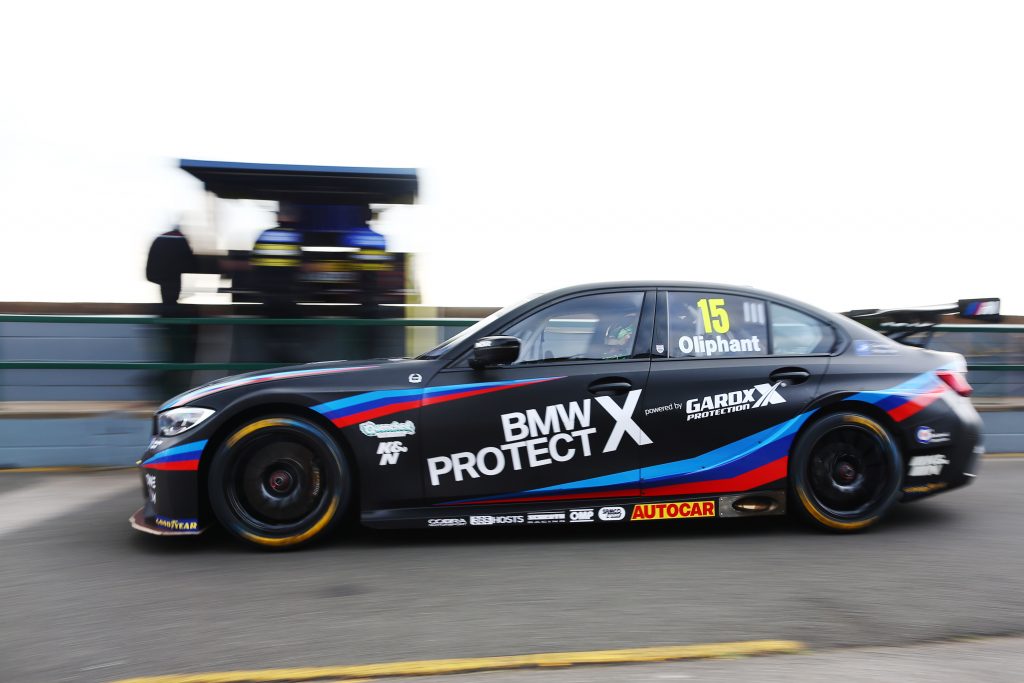