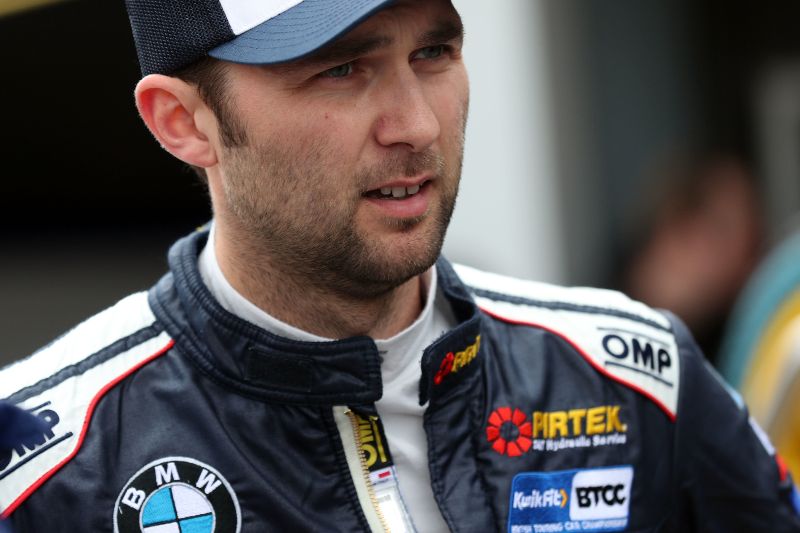 BMW Pirtek Racing driver Andrew Jordan missed out on a chance to score more British Touring Car Championship points after a crash in the opening race at Donington Park on Sunday damaged his BMW 330i M Sport and saw the 2013 champion taken to hospital for a precautionary medical check.

The 29-year-old Lichfield driver, who had given the brand-new BMW 330i M Sport its first race victory at Brands Hatch, had made a good start to the race.

But his race weekend came to a dramatic end on the opening lap at the Old Hairpin when he was hit from behind and spun sideways in the middle of the 30-car field.

Unfortunately the WSR-run BMW sustained a second sizeable impact when another car then hit him hard in the driver’s door, which started a multi-car collision.

Andrew exited his race car and walked to the attending medical vehicle, but was in some discomfort from the hefty side impact. He was taken to hospital for a precautionary check, where it was found he had bruised the cartilage on his torso.

This, together with the damaged sustained to the car, meant that he was forced to miss Races Two and Three – although he did return to watch the third and final race from the BMW Pirtek Racing pit garage.

Andrew Jordan said: “I had a cracking start, but when you’re in the midfield you can find yourself in amongst the idiots. I gave Rob [Collard] racing room; more than a car’s width, but he harpooned me in the rear and turned me around at the Old Hairpin. I was parked across the track and received a second really big hit in the door by Adam Morgan, although that wasn’t his fault. The safety cage has done everything it’s been designed to do, and full credit to WSR and BMW for building such a very strong car. It’s just a very unfortunate and frustrating incident, because we should have had a very strong day today. It’s cost us a lot of points and I’m pretty sore and feel beaten up. There is nothing broken; just bruising of the cartilage on my side, which they’ve said is sometimes more painful than a break. It’s a bit uncomfortable, but we’ll restart our BTCC campaign at Thruxton.”

Dick Bennetts, Team Principal, said: “AJ has a few aches and pains, which is not surprising after a hard shunt like that, but it’s good to see that he has incurred nothing worse. We’ve built the new BMW 330i M Sport to 2020 FIA regulations, which we decided to do when the regulations were published earlier this year, and that might well have helped with this heavy impact. He’s a tough lad and we’ll get the car repaired and ready for him to bounce back next time out at Thruxton.”

The next BTCC event takes place at Thruxton on Sunday 19 May. 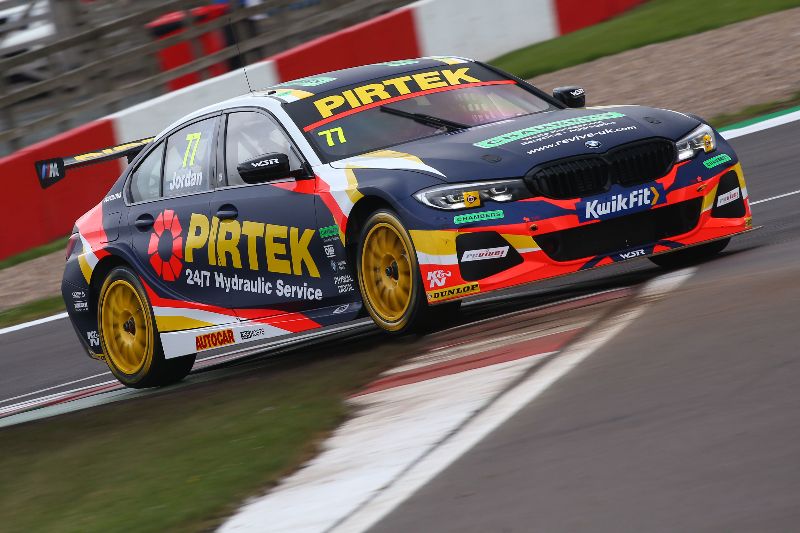