In his own words… Dick Bennetts 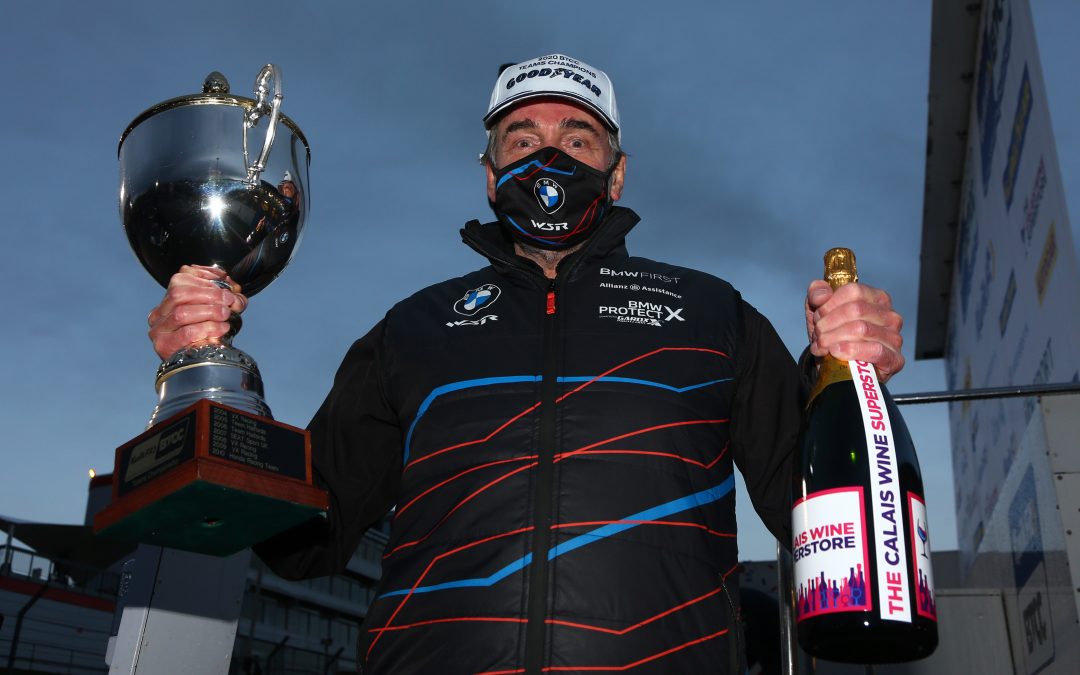 In his own words… Dick Bennetts

Here’s what the boss made of it…

When you look back upon the 2020 season, what’s your overall feeling?
Dick Bennetts: “It was a pretty good season considering how we all had to adapt to a heavily-revised schedule. To fit in 27 races in 15 weeks was a great achievement and to come away with the Manufacturers’ title for BMW for a fifth straight year, plus the Teams’ Championship and get Colin and Tom second and sixth in the Drivers’ points all adds up to a great year, all things considered.”

Are two titles out of three enough?
DB: “Of course we were all bitterly disappointed for Colin on Sunday night at Brands Hatch, but the team pulled together brilliantly in the wake of what’s been the most disrupted season I think any of us will ever experience and everybody richly deserves the Teams’ and Manufacturers’ titles that we won.”

What was the biggest challenge?
DB: “The number of back-to-back rounds. Donington to Brands Hatch and Thruxton to Silverstone weren’t too bad because we were able to return to base in between, but Oulton Park to Knockhill was incredibly tough because there was no opportunity to come back – geographically it just made no sense. We did the prep work for Knockhill at Oulton Park on the Monday, Tuesday and Wednesday after the race weekend. The mechanics and engineers did an absolutely incredible job, and the drivers helped out by making sure neither car had any significant damage either. Everybody’s pulled together very well and the attitude has been exemplary from our technical staff, logistics people, everyone…”

The line-up was unexpectedly reduced to two cars shortly before the start of the season. How did this affect the season?
DB: “Immediately it removed a significant part of the season budget, so we had to make sure we could still manage the campaign properly and take action quite quickly. We had to make some difficult decisions with furloughing staff and even having to let a few go – both part-time and full-time – because we simply didn’t have the work for them. It’s just been an extraordinary year that none of us could have anticipated even 12 months ago.”

What was the highlight of the season?
DB: “It’s hard to pinpoint one moment as there were a few very good ones. Colin winning twice at Snetterton – and scoring 60 points over the weekend – was certainly one, as the way he bounced back from the disappointment of Croft – which really was the low point – was stunning. Tom’s first win at Brands Hatch was the other. It was our 300th BTCC podium too, so that made the race a bit more special.”

Was there an unexpected highlight?
DB: “Team-wise, I think the way Tom defended the lead from Ash Sutton for 15 laps on the Brands Hatch GP circuit – one of the toughest tracks on the calendar, was very impressive. We were all nervous because Ash is never going to give you any breathing space, but Tom did an excellent job in a season where he took a significant step forwards in performance. On a personal level, I enjoyed becoming Colin’s Race Engineer for qualifying day at Thruxton when John Waterman was away watching his son get married. I got back into the groove quicker than I’d expected, but I was glad to see John walk into the paddock on Sunday morning…”

Looking ahead to 2021, what can we expect from WSR?
DB: “We’ll certainly be back up to three cars and I’m really looking forward to it. The challenge is on to win again, but with three titles the aim this time. What a great way that would be to mark our 40th anniversary.”