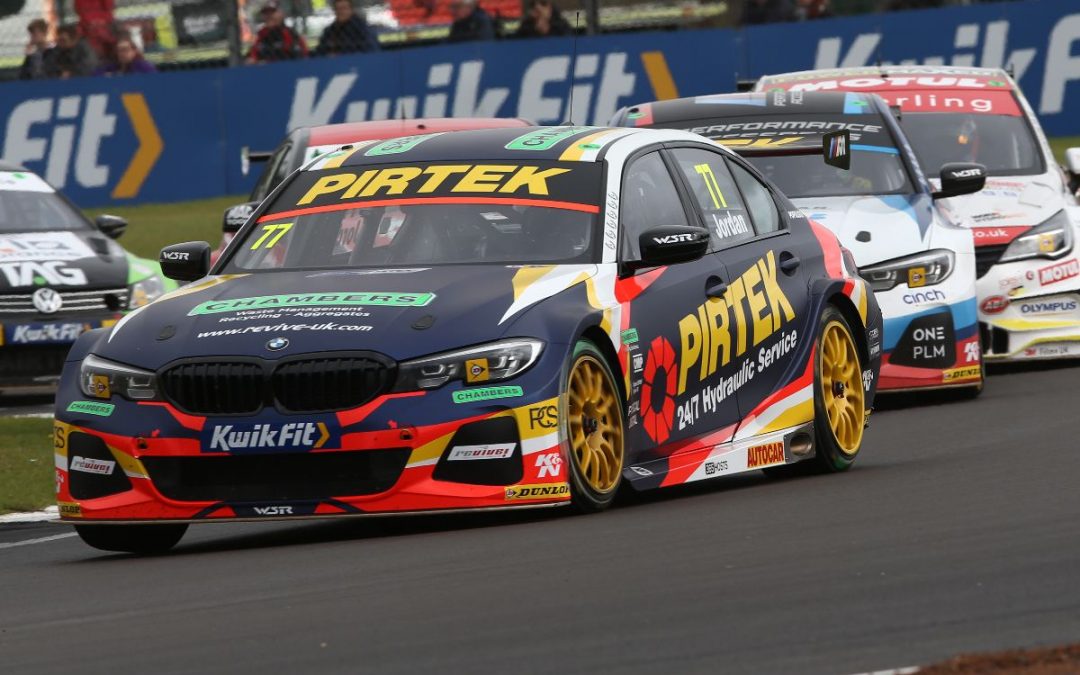 BMW Pirtek Racing’s Andrew Jordan remains solidly in the hunt for the British Touring Car Championship after three hard-fought points finishes in a chaotic series of races at Silverstone.

The 2013 champion, who is seeking a second title in his WSR-run BMW 330i M Sport, twice finished eighth and added a 10th-place result on a day when rain and some bizarre on-track incidents added to the drama.

His results helped to increase BMW’s advantage at the head of the Manufacturers’ Championship and leaves him 17 points away from series leader Colin Turkington – whose Team BMW car is also run by WSR – with 67 available at the season finale.

Andrew took advantage of multiple incidents to climb from 14th to 10th in Race One, his choice to use the soft-option Dunlop tyres in that race aiding his climb, despite his BMW being weighed down by 48kg success ballast.

He was the victim of a bizarre incident during Race Two when a fellow title rival drove into him several times under safety-car conditions, but kept his cool to deliver a solid points finish.

Switching from slick tyres to wet rubber when the rain began to intensify in Race 3, he fell outside the top 20, but climbed to eighth by the chequered flag.

Three races remain of the 2019 season with Andrew in a five-way fight for the title, which will be decided at Brands Hatch on October 12-13.

Andrew Jordan said: “It’s been an up-and-down weekend. When the weather does this and throws you into uncertainty over set-up just before the start of a race, you can easily throw away huge amounts of points with a small mistake. We didn’t do that, only lost five points to Colin and now we can regroup and go for it again at Brands Hatch. Today was the first time I’ve been hit repeatedly while behind the safety car and it’s not something I’m keen to repeat. Honestly I think he [Dan Cammish] lost his head because he’s not that kind of driver. Race Three could have been an easy podium in the dry with minimal weight, but we made a set-up change that didn’t work when the rain came, so progress was tough after that.”

Dick Bennetts, BMW Pirtek Racing, said: “AJ really felt he could eat into Colin’s lead today and after Race One it looked like it might happen, but then the rain came and, because he’d already used the soft tyre earlier on, he was at a disadvantage in those conditions. The racing was hard today, but he’s scored decent points and is still in the title hunt. The strangest thing that happened was when [Dan] Cammish hit him repeatedly behind the safety car. You’re not supposed to race in those conditions so to have contact is completely unacceptable. 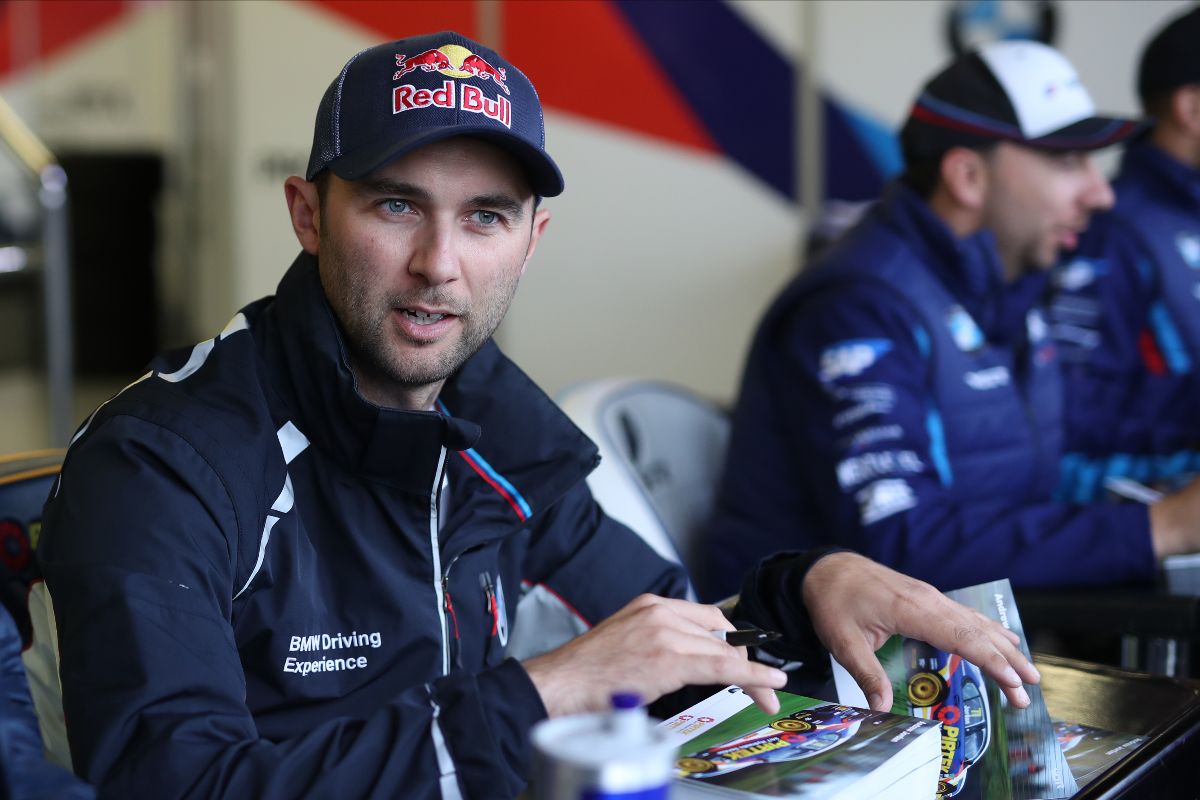 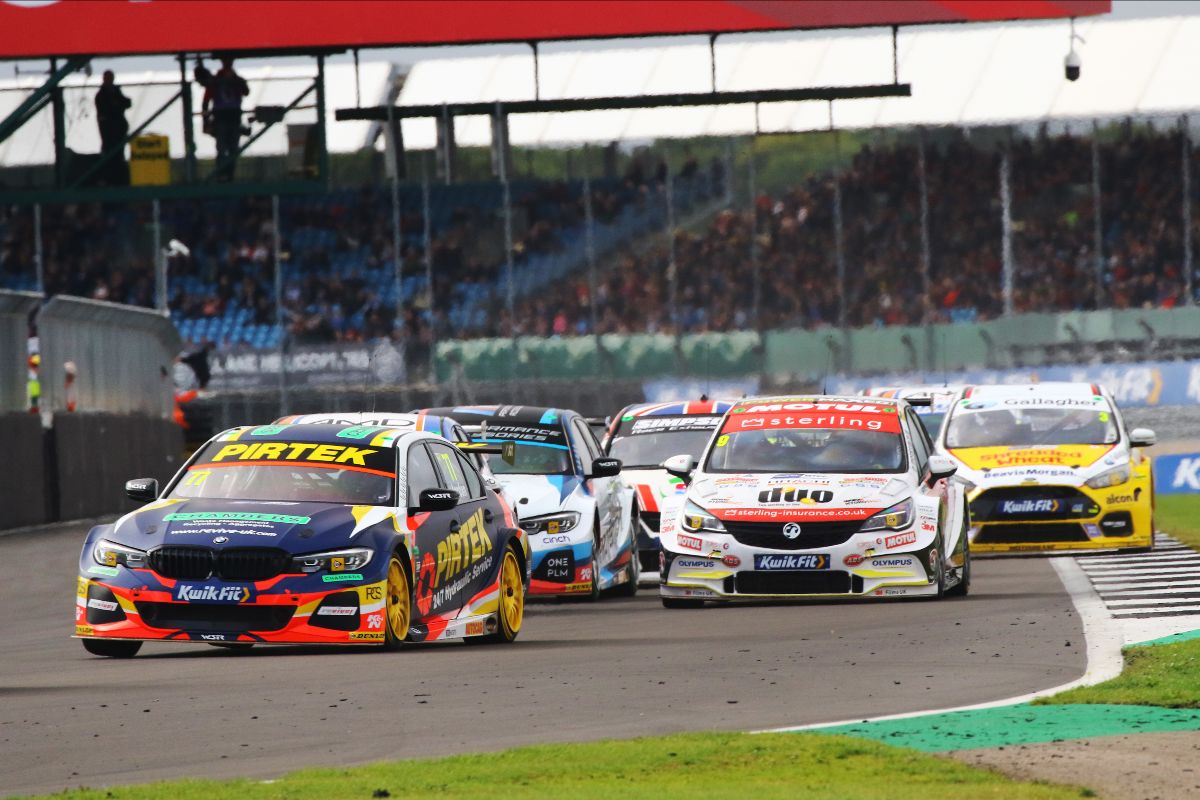