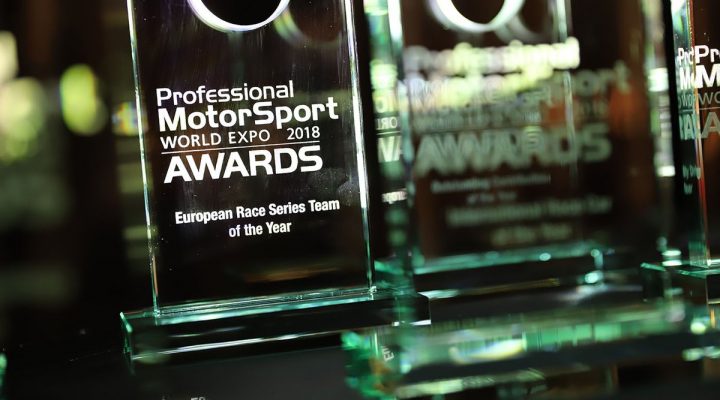 The reigning Drivers’, Teams’ and Manufacturers’ Champions were named European Race Series Team of the Year at a prestigious ceremony in Cologne, Germany, attended by 300 of the global motorsport industry’s leading figures.

WSR, who have won nine overall BTCC crowns with the BMW 125i M Sport in the past five seasons, triumphed over rivals such as DTM Champions Mercedes-AMG DTM, Formula 1 feeder series dominators Prema Powerteam, and M-Sport Ford World Rally Team to claim the award.

Dick Bennetts, Team Principal, said: “It’s a great honour for everybody at WSR to be named European Series Team of the Year by Professional Motorsport World, a publication that’s not only essential reading for me, but also influential within the technology sector of the industry.

The BTCC is a championship in which it’s incredibly hard to get to the front and even more difficult to stay there. The fact that we’ve remained competitive throughout the past six seasons with the BMW 125i M Sport and won three titles this year speaks volumes about the ability and determination of every member of our team.”