Turkington wins at Snetterton to send BMW to top of table 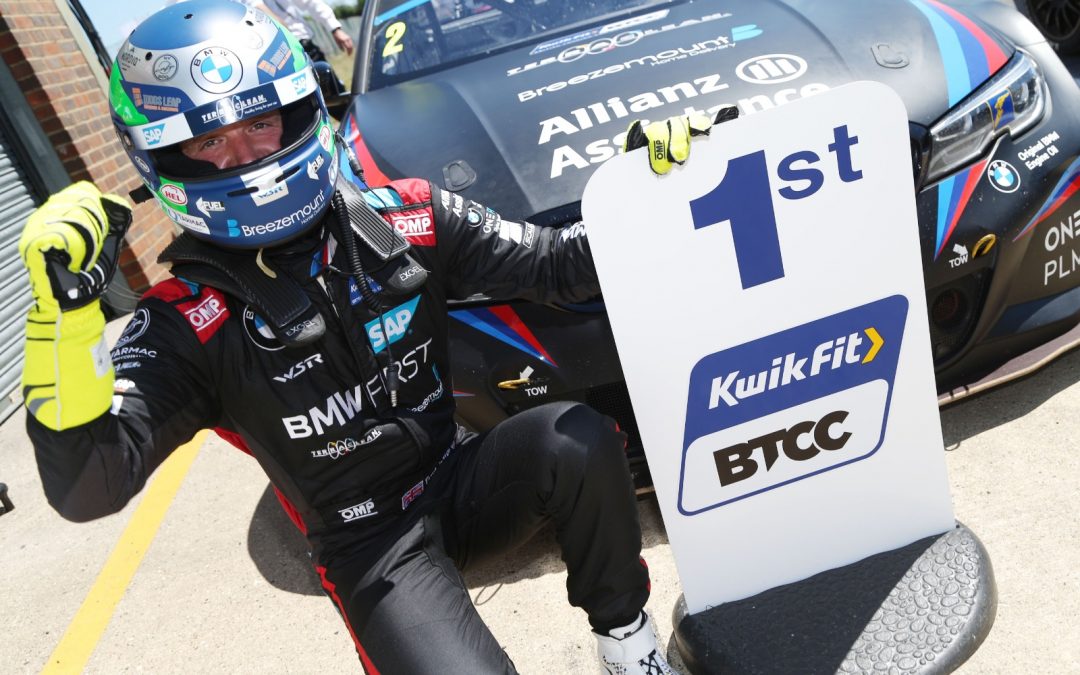 A storming first British Touring Car Championship win of the season for Colin Turkington propelled BMW to the head of the series’ Manufacturers’ standings on a baking-hot day at Snetterton.

A further podium finish for the Team BMW driver elevated the Northern Irishman to third place in the Drivers’ points table, while team-mates Stephen Jelley and Tom Oliphant also banked strong finishes to cement their positions in the standings.

With track temperatures soaring as high as 43 degrees in Norfolk, Colin put on a display of force in the day’s opening race; taking full advantage of pole position and a WSR-run BMW 330i M Sport to take his 57th BTCC win.

With the maximum 75kg weight aboard for Race Two, his second-place result was equally impressive. Seventh in the reversed-grid finale ensured he ended the weekend as the second-highest points scorer and moved up four spots in the Drivers’ standings.

Fresh from his best-ever Snetterton qualifying performance, team-mate Stephen Jelley banked a big score of his own and climbed to seventh in the standings.

The Leicester racer, who bagged pole position on Race Three’s partially-reversed grid, had finished a season’s-best fourth in Race One and added seventh and fifth spots in the later races.

Tom Oliphant was on course for a podium finish in Race Three, having started second, until he was spun by another car at one-quarter distance.

The Leamington Spa-based racer showed great determination all day, scoring a best result of sixth in Race Two to add to eighth in the opener.

After being turned around in the finale, Tom dropped to 22nd, but battled back to 16th; missing a third points finish by under a second. He’s now 12th in the standings.

Team BMW were the weekend’s top points scorers, winning the Teams’ Trophy and climbing to within three points of the series lead. BMW’s advantage at the head of the Manufacturers’ standings is now 10 points as they target a record-breaking sixth straight title.

Colin Turkington said: “It’s been a top weekend and to get my first win of the season is a great feeling, especially in front of fans for the first time since 2019. After a hard Thruxton I really feel like we’re back in the game now and I’m going home happy. The BMW was spot-on in Race One and even with maximum weight in Race Two on a clear track, but buried in the pack in Race Three, things were tough so I opted for the damage-limitation tactic and just went for the safe points.”

Stephen Jelley said: “I’m very happy with the results today. Snetterton isn’t my favourite circuit, so to come here and have a strong weekend with three good points finishes is exactly what I came here for. There are tracks on the calendar that I’ve earmarked for big weekends and this isn’t one of them, so that gives me even more confidence for later in the year. It was so hot out there though and I’m absolutely cooked!”

Tom Oliphant said: “It’s been a mixed day and it could have been a very good one if I hadn’t lost my best qualifying lap yesterday. We had pace today, but I’d really aimed for the final race for a big result, so to be spun out so early when I was running second was hugely disappointing and means the result in Race Three doesn’t reflect where we were speed-wise. We’ll bounced back at Brands Hatch.”

Dick Bennetts, Team Principal, said: “It’s been a very good day. We’ve had our first win of the season, three reliable BMWs, eight points finishes from nine starts and we’ve put BMW on top of the Manufacturers’ Championship. All three drivers did a very strong job today, from Colin’s win to Stephen’s consistent finishes and Tom’s charges. It’s a shame for Tom that he was spun around in Race Three because he had a podium in his hands. But being able to have a weekend like this after a tough Thruxton is very good for everyone in the team.” 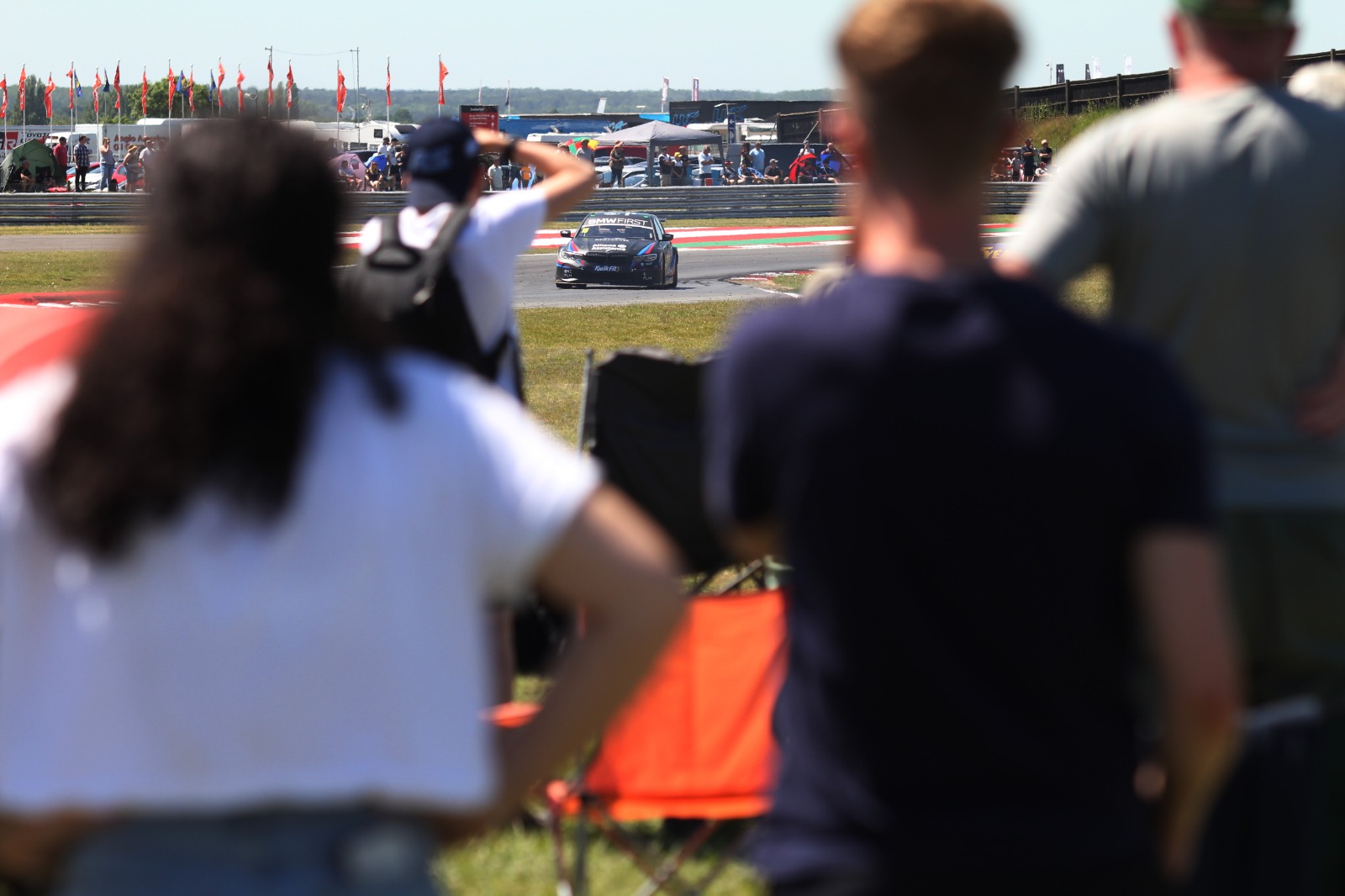 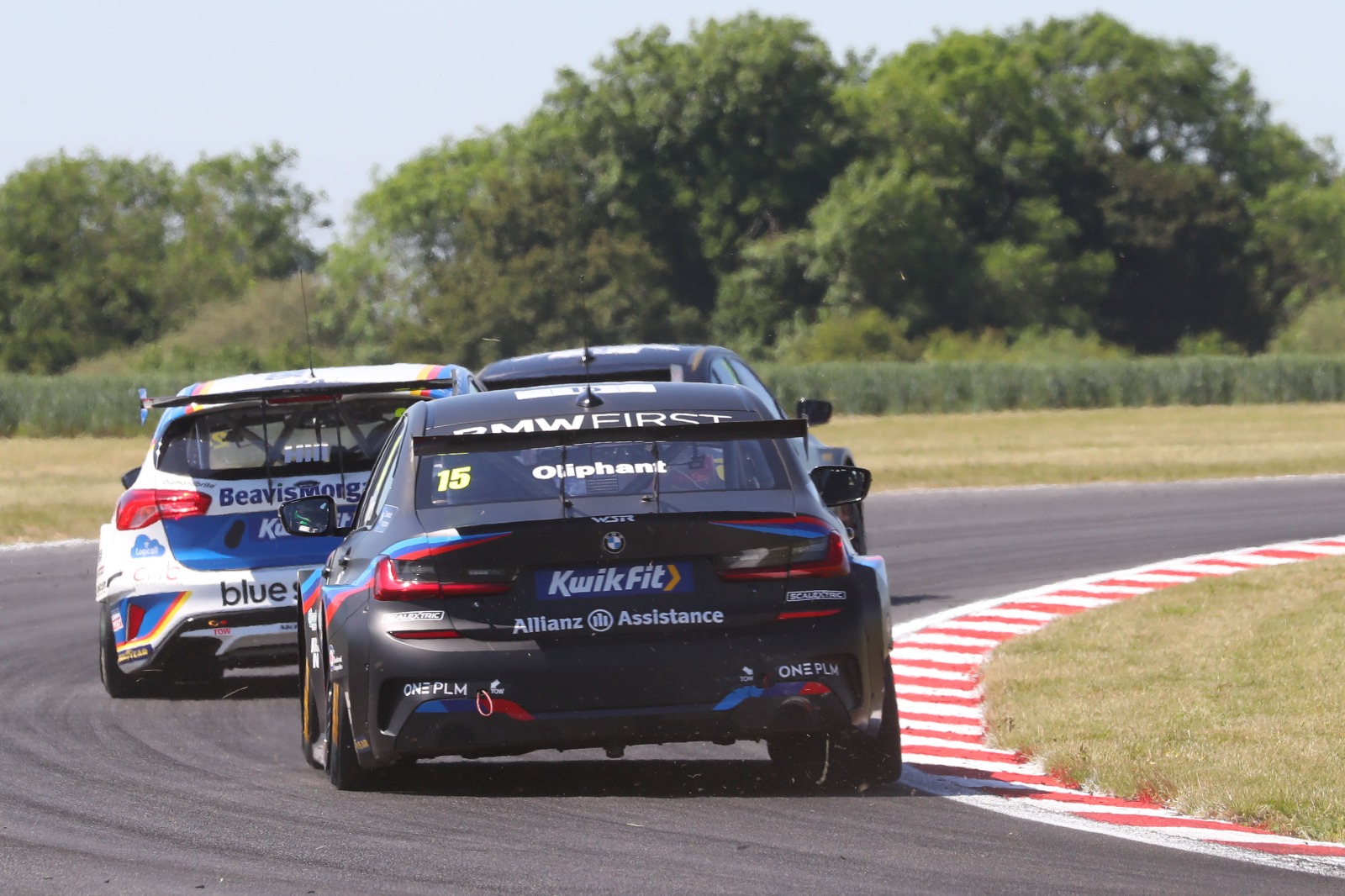 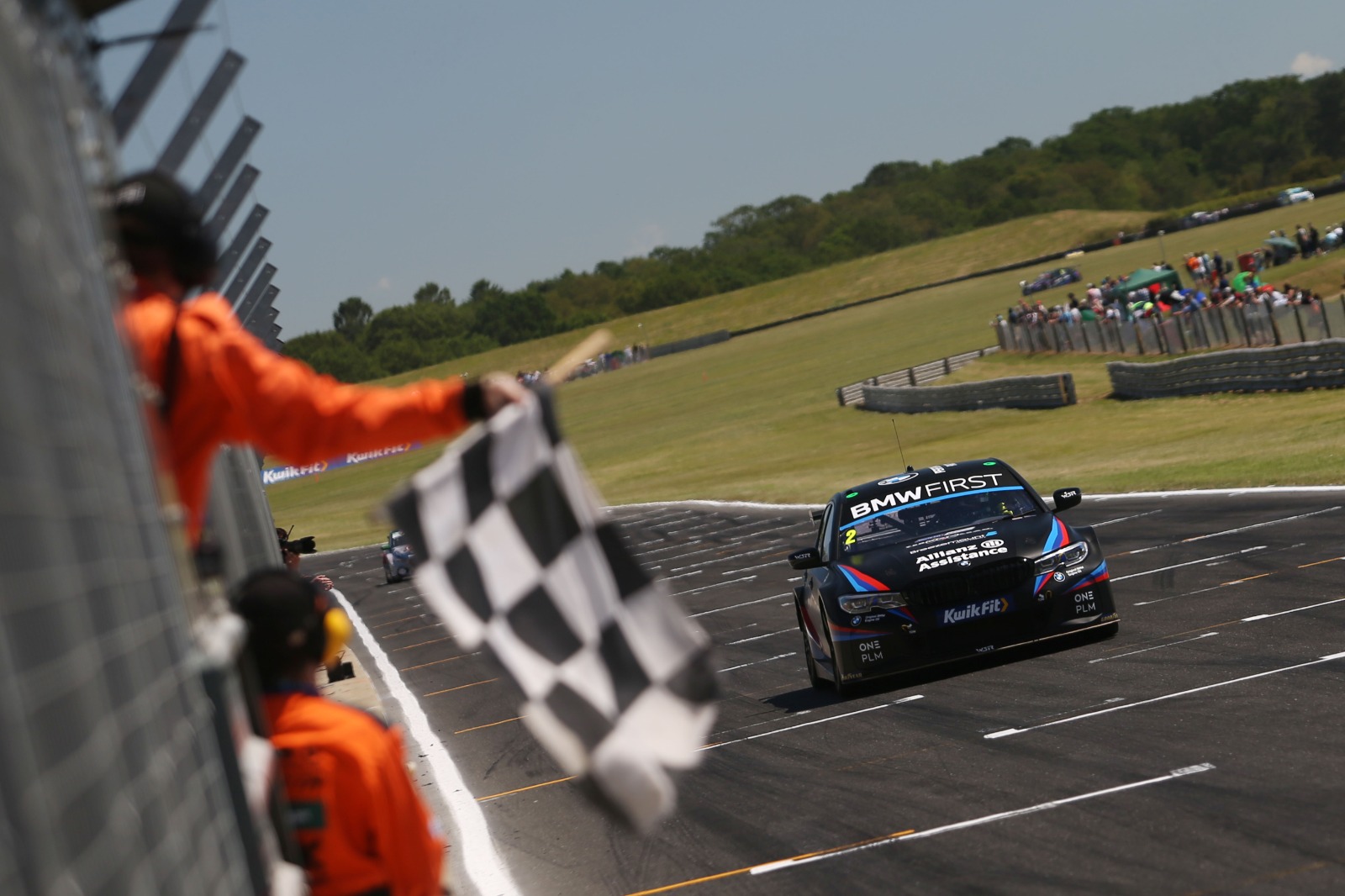