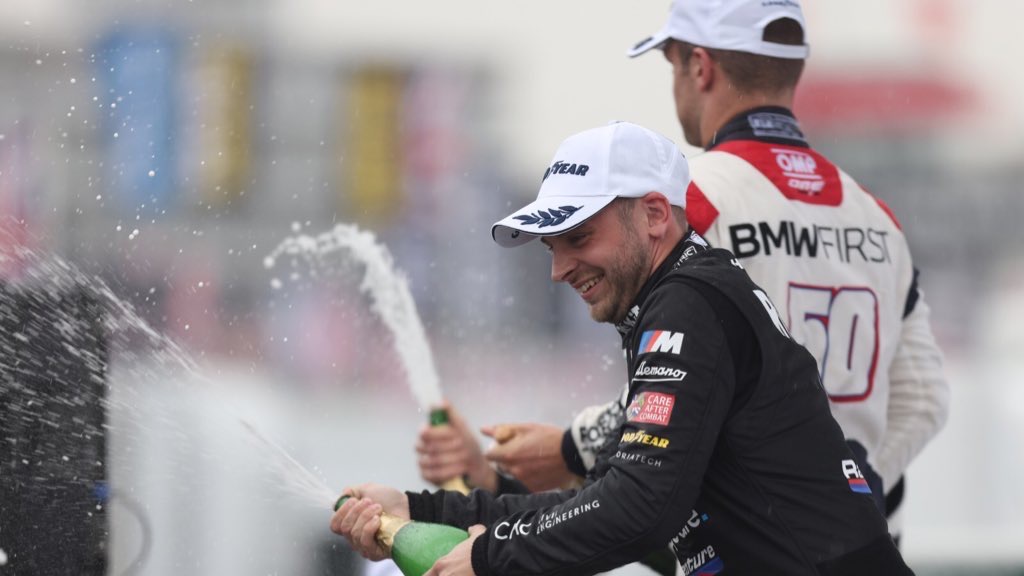 From fourth spot on Race Three’s partially-reversed grid, Team BMW driver Colin moved up to second immediately and then took the lead at one-third distance of a fully-wet race.

The four-time champion from Northern Ireland was never headed after that as he scored his first win of 2022 and the 61st of his BTCC career, leading the similarly WSR-run BMW 330e M Sport of Jake and completing a one-two for the team.

Colin’s victory meant that BMW scooped the Manufacturers’ Trophy in two of the three races at Brands Hatch and now sits just one point away from the lead of a championship that it won for a record-breaking sixth-straight season in 2021.

His fifth and 10th-place results in the day’s earlier damp races meant Saturday’s pole-position holder scored the second-highest points total of any driver at Brands Hatch – 41 – and moved up to equal-fourth place in the standings alongside stablemate Jake.

Local hero Jake’s Race-Three start was even more impressive as he rose from sixth to third. The Tunbridge Wells driver was able to follow some of Colin’s earlier moves to scythe through to second for ROKiT MB Motorsport.

His second-place finish was his second podium result of the year and added to fourth and seventh in the damp; though he had held second spot in Race Two until a spin on the penultimate lap while challenging for the lead dropped him down the order.

With a car set up for a fully-wet track, Stephen suffered excessive tyre wear as the circuit dried out in Race One and fell from third to 20th. He recovered to 13th in Race Two, only to run wide at the gripless Clearways corner and finish 18th.

He did finish 13th in Race Three; declaring himself far happier with the BMW in fully-wet conditions that do not favour the rival front-wheel-drive cars as much as a damp circuit.

The BTCC moves on to its fastest circuit, Thruxton, on May 28-29.

Colin Turkington said: “It hasn’t been an easy day, but it feels an awful lot better when you can end it with a win. Yesterday we had fully-dry conditions and I was on pole and today in fully-wet conditions I won. It’s the in-between weather that doesn’t allow us to exploit the BMW fully and unfortunately, we had that in two races today. Clearways, in particular, was a problem all day because there was no grip, but when it rained properly the grip was there and it just transformed the day, and the team had done a really good job working on the set-up across the day to get me more comfortable. It’s great to get my first win of the year and we’ll try and push on from this at the next round.”

Jake Hill said: “Today changed on one mega start in Race Three – the best I’ve ever made. I was in the ideal position for the gradient and got the clutch pressure absolutely perfect. I couldn’t quite pass Colin at Paddock, but I’m glad I didn’t because I was able to watch him make some moves on the cars ahead and basically copied what he did to get into second. I was most comfortable in the full wet at the end, but the BMW was quick in the damp in Race Two as well and without the spin – which I’m annoyed with myself about – I’d have had a podium there. Thirty-nine points is sensible and if I can keep doing that I know I’m going to be in the hunt when we come back here at the final round.”

Stephen Jelley said: “It’s been a tough day and that’s not a great feeling. We went for a wet set-up in Race One and I went backwards because it was never fully wet. It was better in the next couple of races when I pretty much reflected what Jake and Colin did, but by that point I was down in the pack, had the same amount of hybrid as everyone else and just couldn’t come through the field. Brands Hatch is not easy to pass at and if you try something creative to get a slingshot down the straight, you’re always at risk of someone showing you a nose, so it makes it quite tough. After qualifying third yesterday and showing the pace of the BMW in the dry, I definitely hoped for more.”

Dick Bennetts, Team Principal, said: “We’ve finished a tough day in the best way possible with a one-two finish with Colin and Jake, who both drove very well. The BMW has been the fastest car in the dry conditions this weekend and the fastest car in the wet and that’s a huge reflection on the job everybody in the team has done. We know, however, that the in-between conditions we had in two of the races today favour the front-wheel-drive cars, and it’s such a shame that we’ve had that weather on a weekend when we looked so competitive. We can be pretty confident that if we keep working hard, we should be in the ballpark at most circuits this year.” 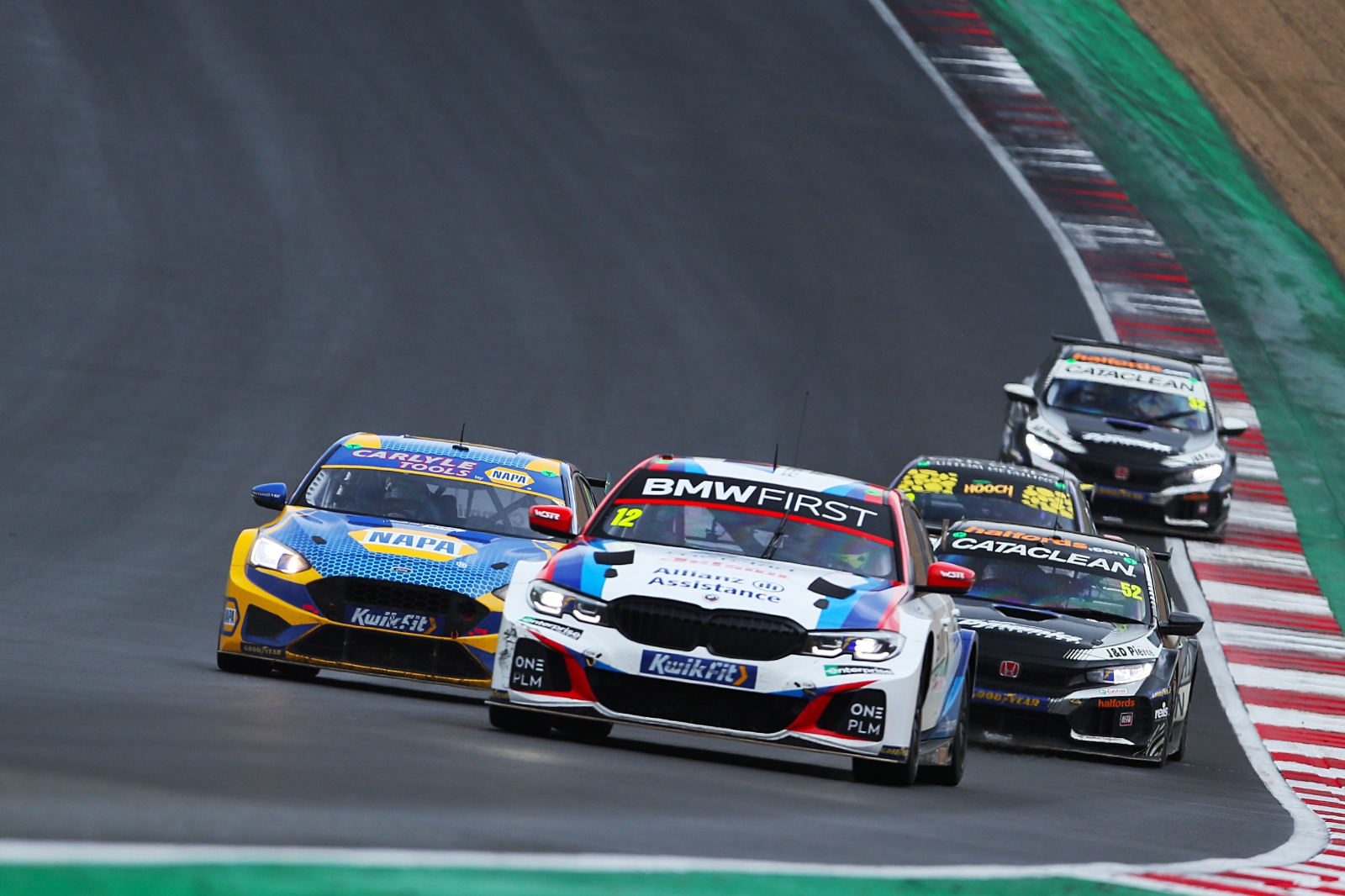 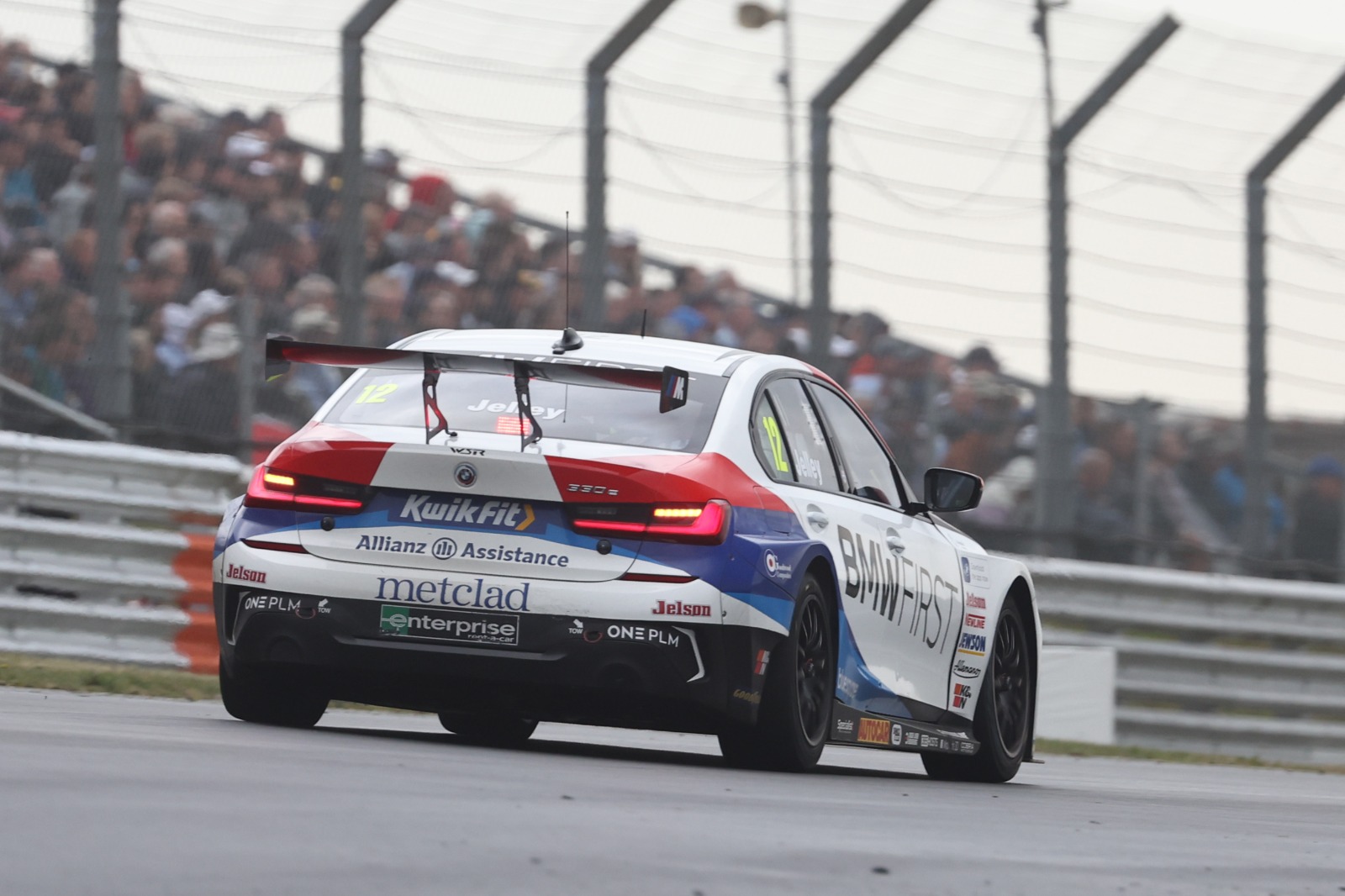 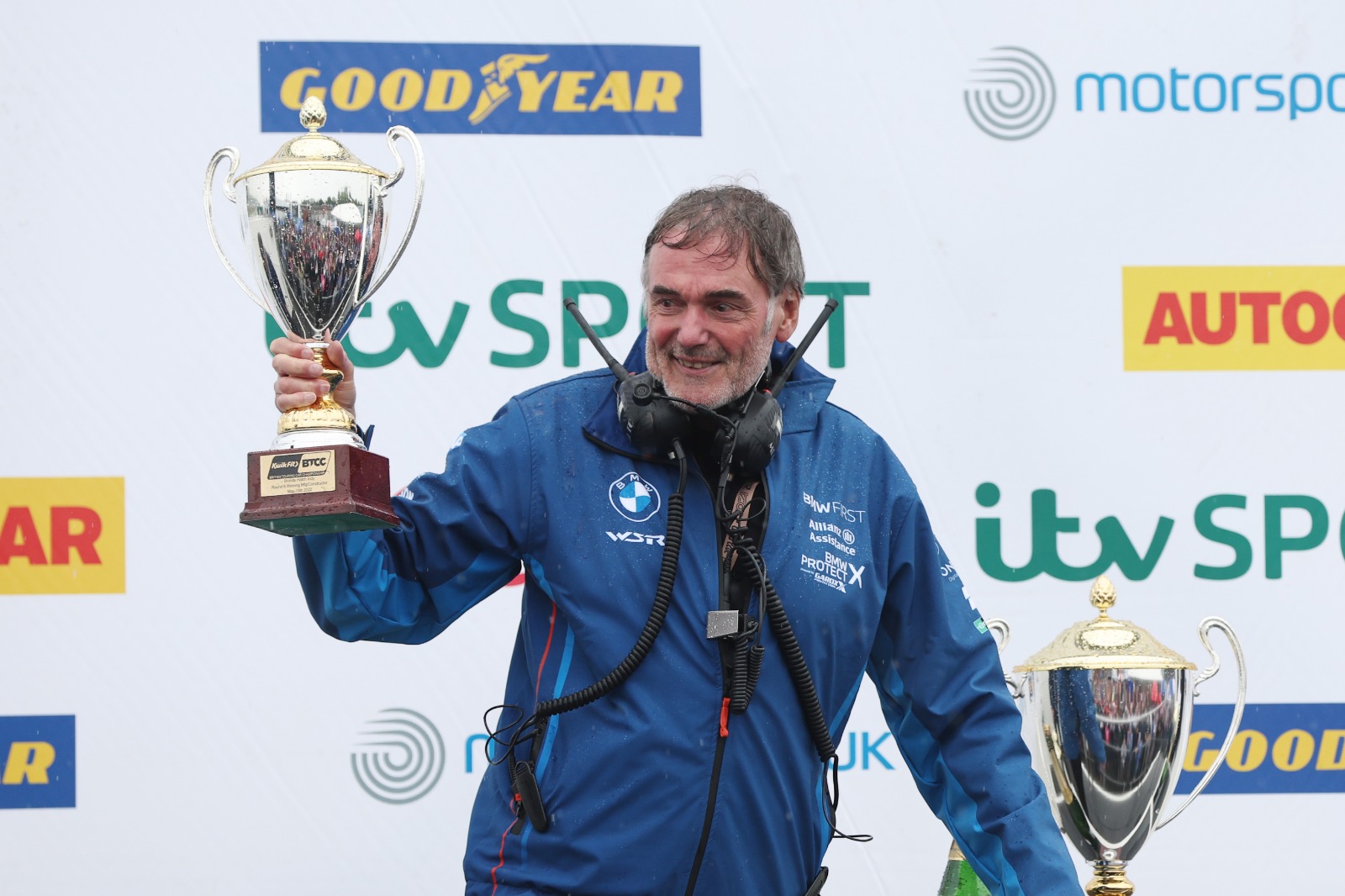 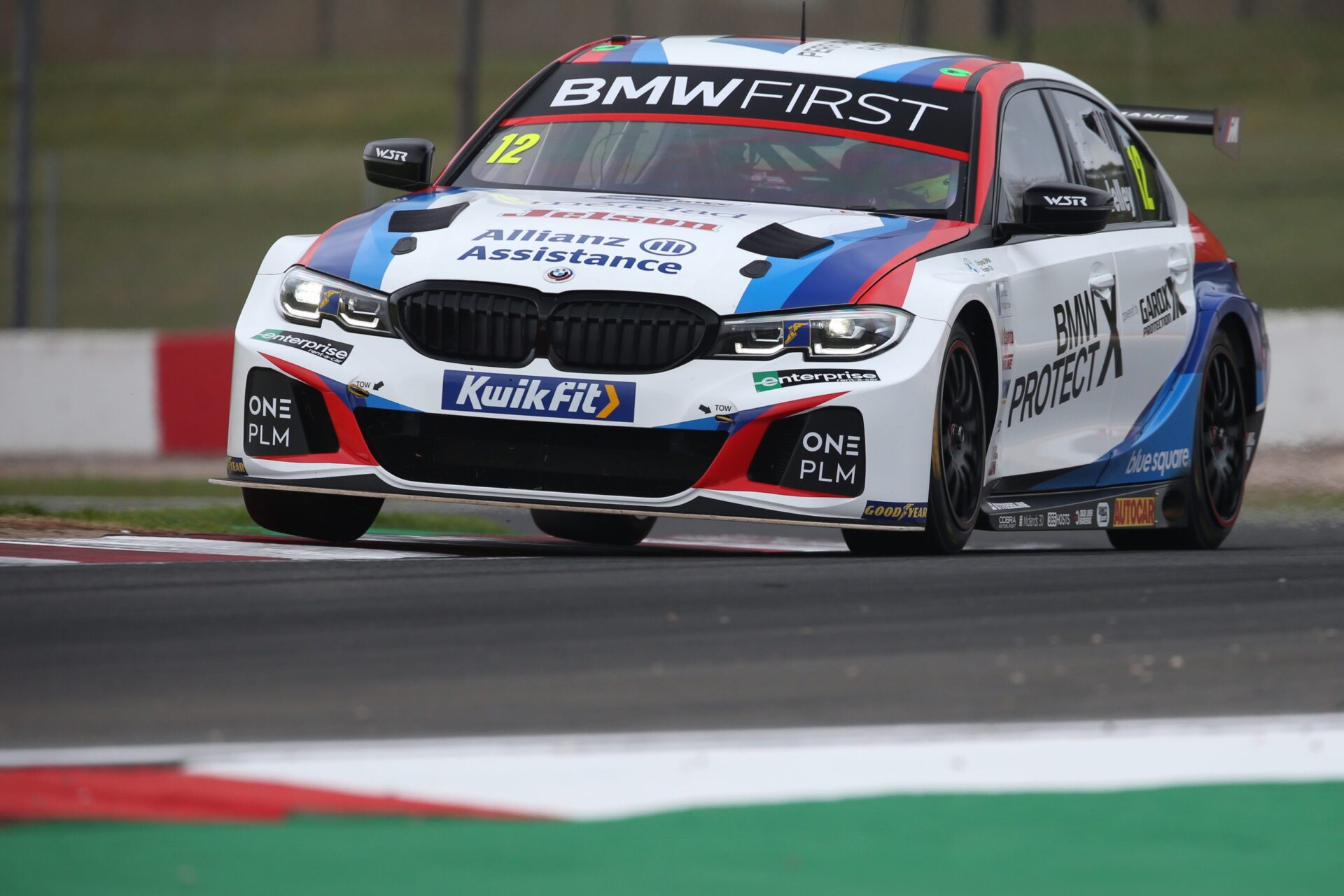 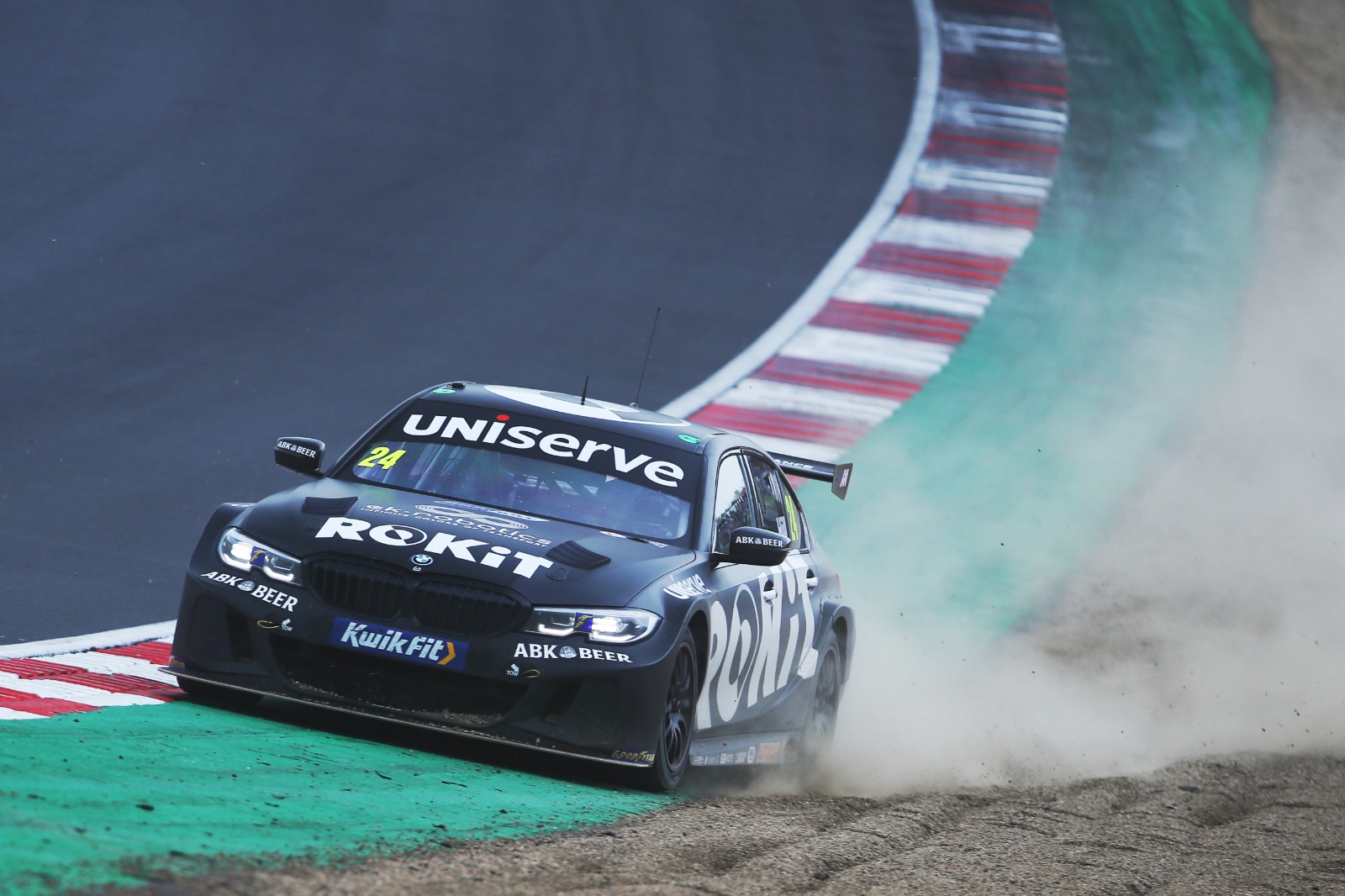 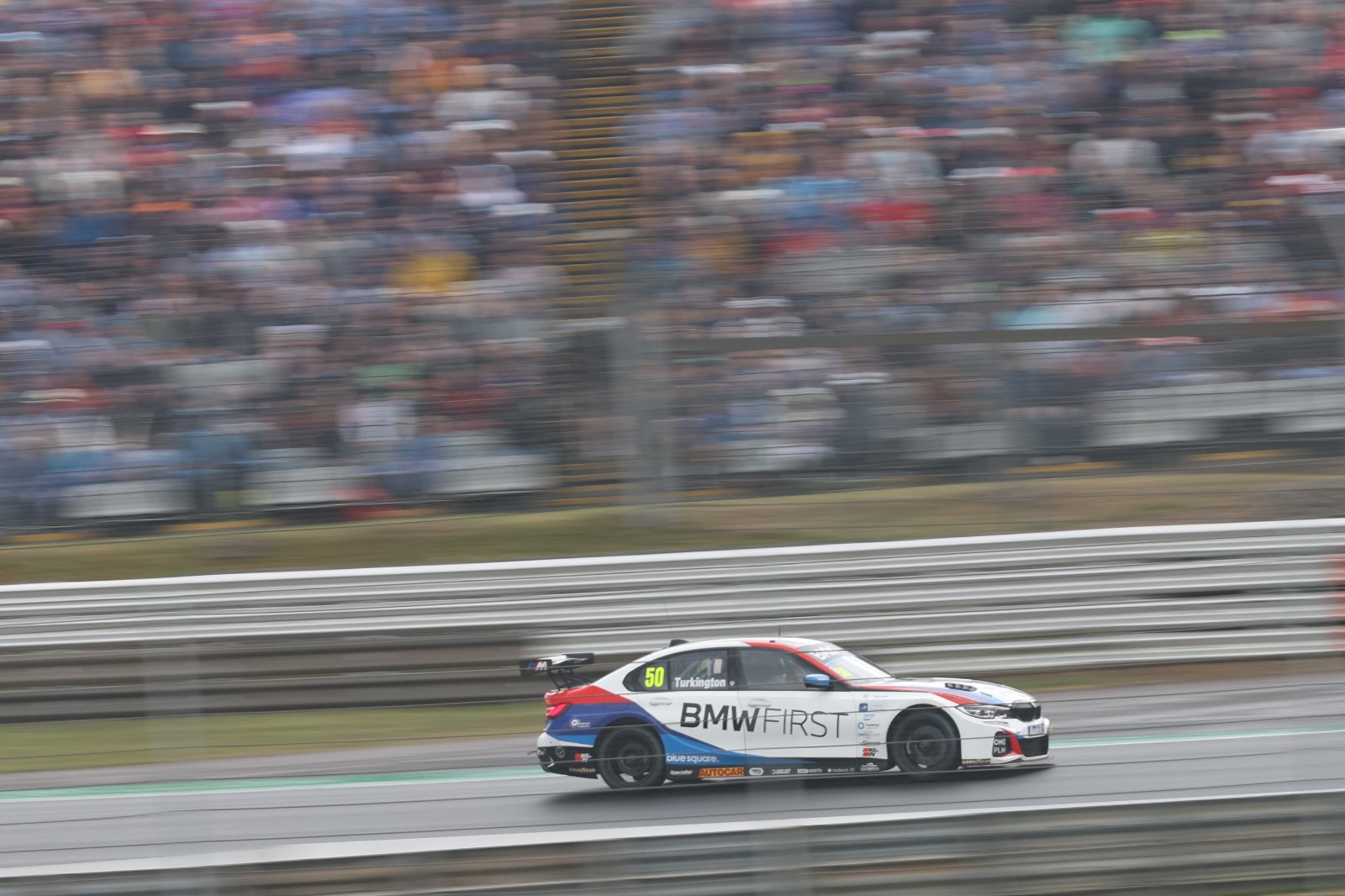 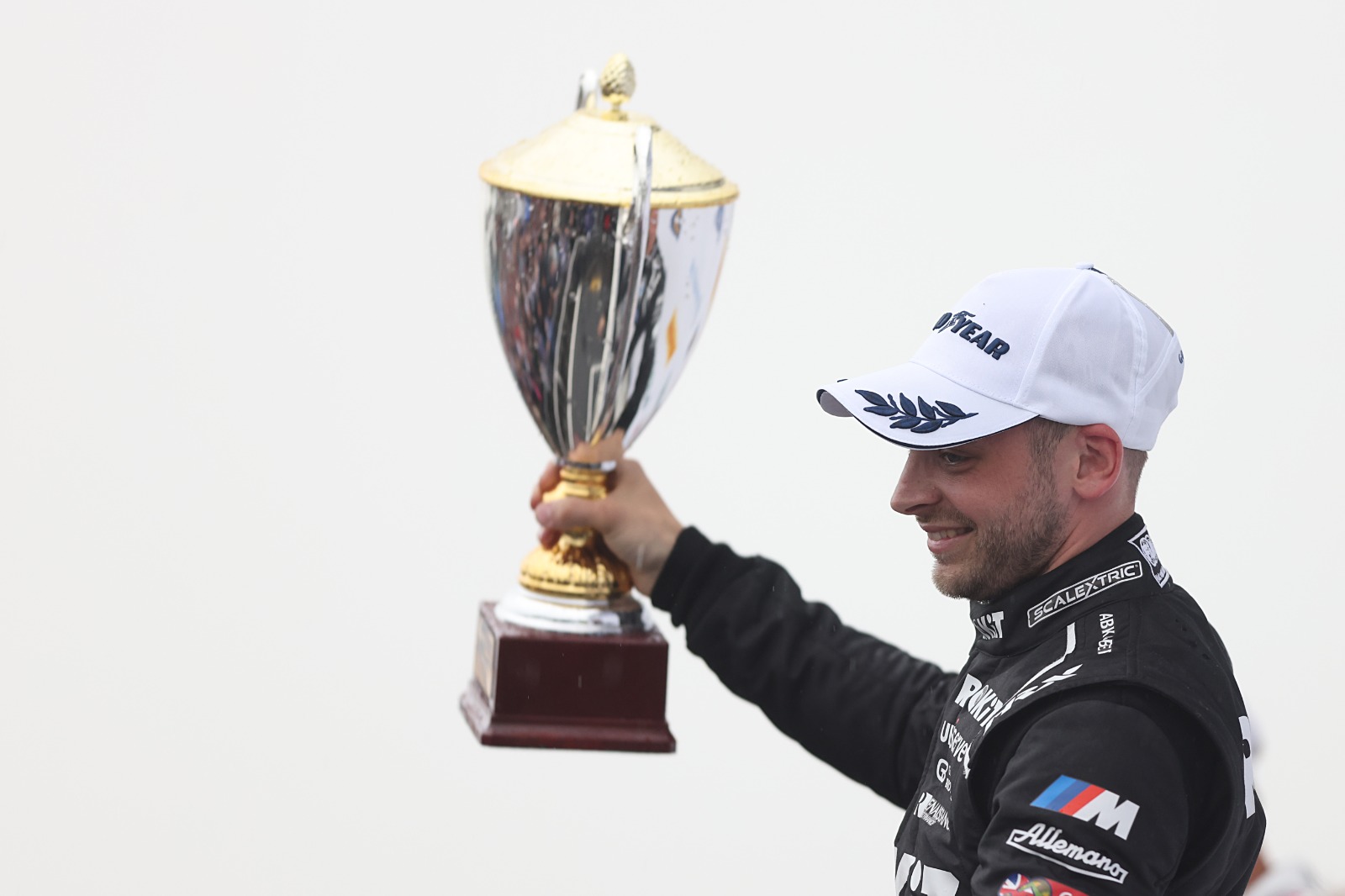 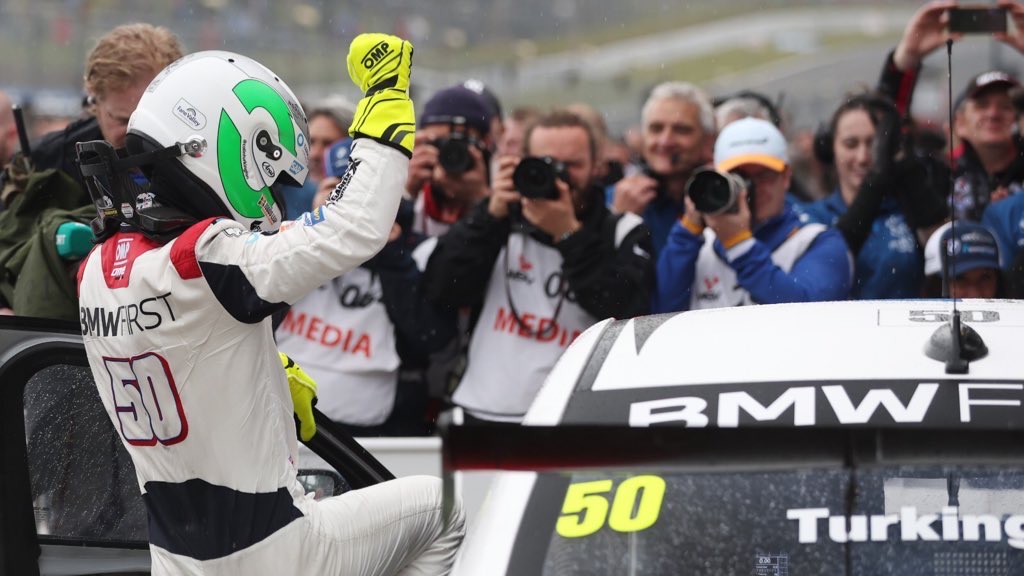