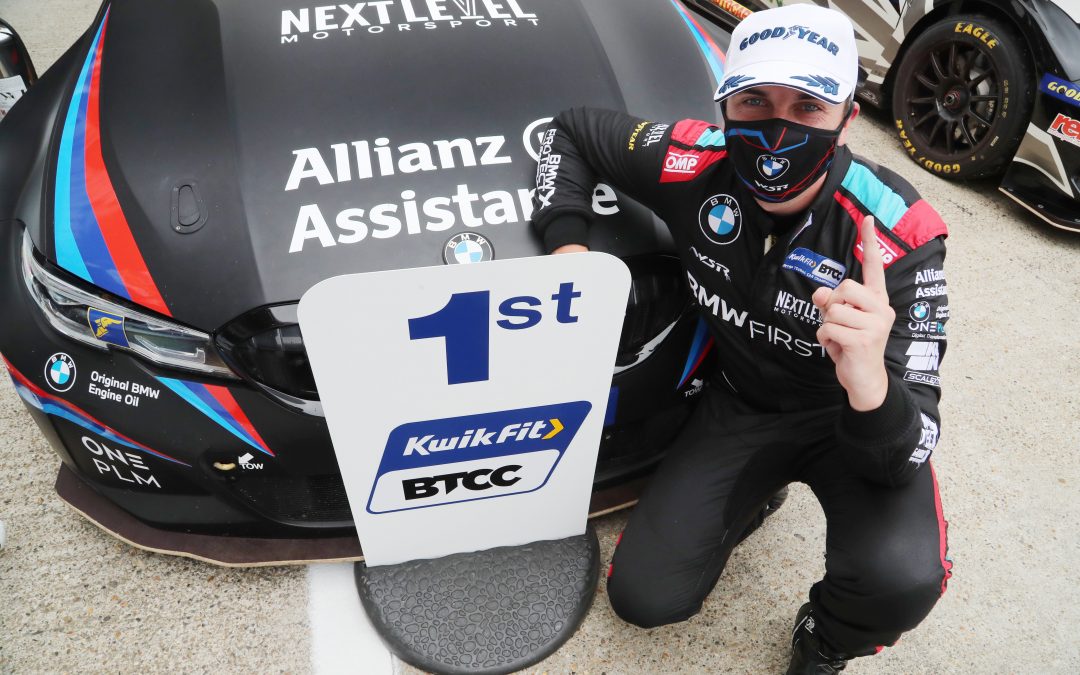 Tom Oliphant stormed to his first victory of the 2021 British Touring Car Championship to strengthen BMW’s position at the top of the Manufacturers’ standings and enhance his own title aspirations.

The Leamington Spa-based driver’s opening-race win, which was the second of his BTCC career, was also the second of the season for the WSR-designed, built and run Team BMW 330i M Sport.

Having qualified fourth, Tom started brilliantly to lead into the first corner; an advantage he would not relinquish for the 24-lap duration. Building a three-second cushion in the opening laps, he controlled the race to the chequered flag.

He would almost repeat the feat in Race Two, magnificently leading from pole position while carrying the full 75kg success ballast until the last lap, when a tap to the rear of his BMW 3 Series led to him dropping him to third at the line.

Starting the final race from 10th on the partially-reversed grid, this time with 57kg ballast, he finished 15th; a result that made him the weekend’s top scorer with 38 points and moved him up to sixth in the Drivers’ Championship.

Team-mate Colin Turkington salvaged two points from a trying weekend, the Northern Irishman never being able to break out of the midfield.

Having qualified 14th, the four-time BTCC Champion made progress in Race One before being spun off by a rival and finishing 20th.

He climbed to 17th in Race Two and improved again in Race Three to finish 14th, a result that leaves him fourth in the Drivers’ standings.

Having come into raceday with hopes of a strong result, given his previous form around the 1.2-mile Brands Hatch Indy circuit, Stephen Jelley was left disappointed after a start-line infringement resulted in a five-second penalty that dropped him from ninth on the road to 15th in the Race One results.

Eliminated thanks to Race-Two contact while he was fighting through the pack, the Leicester racer overtook seven cars in Race Three, climbing from 29th on the grid to 22nd by the chequered flag.

Team BMW, now third in the Teams’ standings, have five weeks to work on the cars before the next rounds at Oulton Park, where they aim to score the one race win they need to reach a magic BTCC 100 victories.

Tom Oliphant said: “It’s been a fantastic day. Getting the start in Race One kind of made up for everything with missing out on pole. I really enjoyed that race, claiming my second BTCC win and my first of the season. In Race Two I drove the wheels off the BMW and got a bit unlucky on the last lap, but I’m really pleased to come away with third and solid points. Race Three was a very different being all the way back in 10th. I really didn’t have the best first lap and it just kind of went away from me. The car balance following people wasn’t quite what it was when I was in the lead. I did what I could, but at the end of the day the difference between 12th and 15th is three points so it wasn’t worth taking an unnecessary risk. I just finished the race in the points and now I really look forward to going to Oulton Park. We’re sixth in the championship and it’s a track that suits us. This is just what I needed to get my title fight back on track.”

Colin Turkington said: “It’s been a tough day for me. It was difficult to qualify well with the weight in the car, given such a competitive field, so we were on the back foot. The car slowly improved but it was very difficult to make my way through the pack when I wasn’t significantly quicker than anybody. We scraped a few points at the end, but I paid the price for my success at Snetterton. We were trying to go forward all day, the last race was my best, and the BMW was most competitive then. I take two points home, but it wasn’t for the lack of trying. Hopefully it swings back at Oulton, and we score some good points.”

Stephen Jelley said: “It wasn’t what I wanted this weekend. I got a five-second penalty for the start in Race One, which pushed me down the field. Without that, I think I’d been in and around the top 10 all day. I got a good run on the car in front in Race Two and went for the gap, but he kept moving across the racetrack, so I went on the grass… It’s one of those things, it’s so hard to overtake around here that if you get the opportunity you’ve got to take it. In Race Three the pace difference from first to 21st was about four tenths of a second, so it’s so easy for someone to park themselves on the inside line and just not let you by. We have to have a think now and improve things for Oulton Park.”

Dick Bennetts, Team Principal, said: “It was a very good day for Tom; a win and almost a double. That’s just what he needed. For Colin that’s probably the hardest two points he’s earned in a long time, but carrying weight in qualifying at Brands Indy makes it hard and set the tone for his day. Back in the pack with such a small gap in laptimes, it’s always going to be hard to overtake, so we have to make sure we qualify higher up. Stephen had a rough time and suffered being in the pack just like Colin. We have a two-day test coming up at Oulton Park ahead of the races there, so we’ll aim to improve so that we can challenge to score our 100th BTCC win there.” 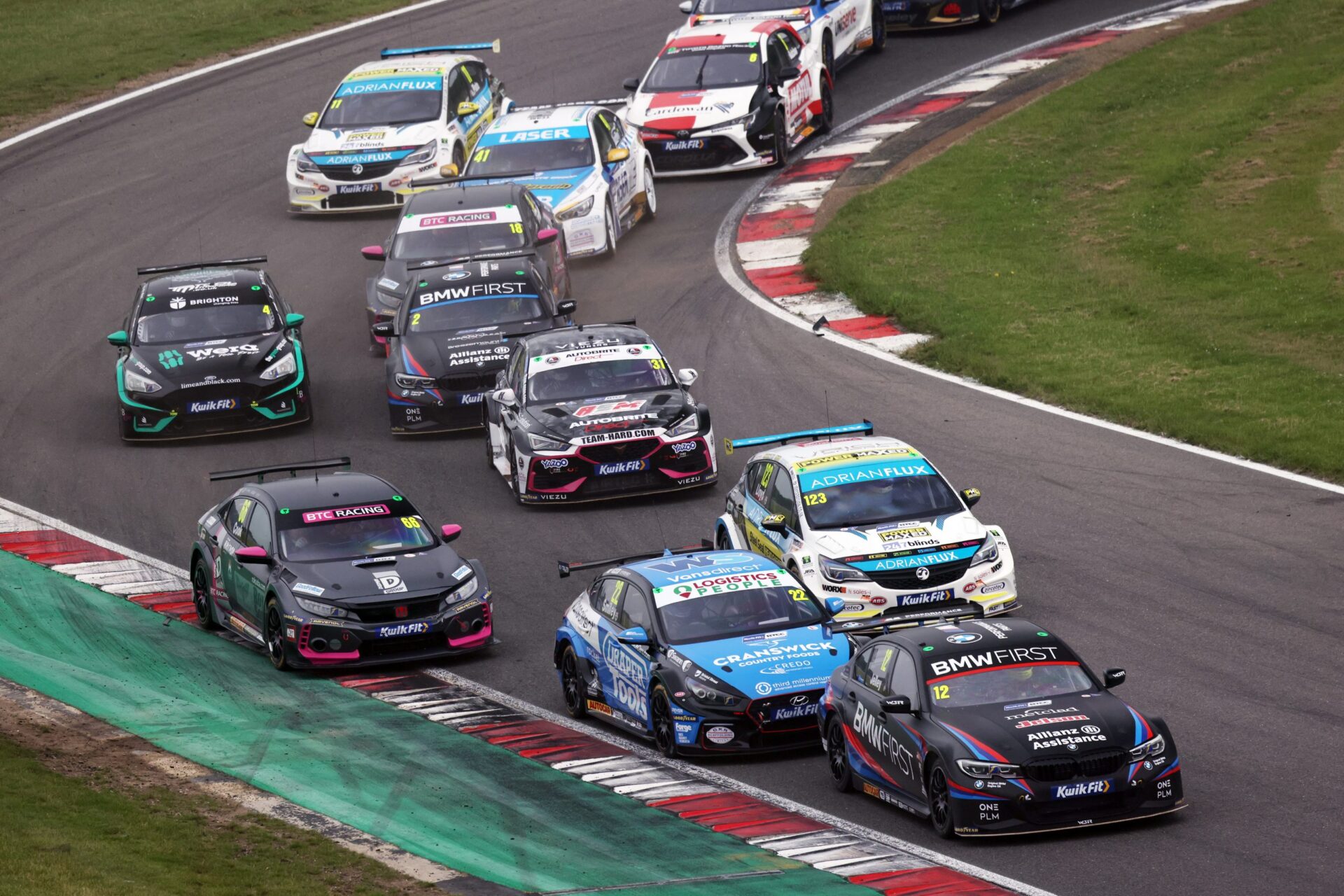 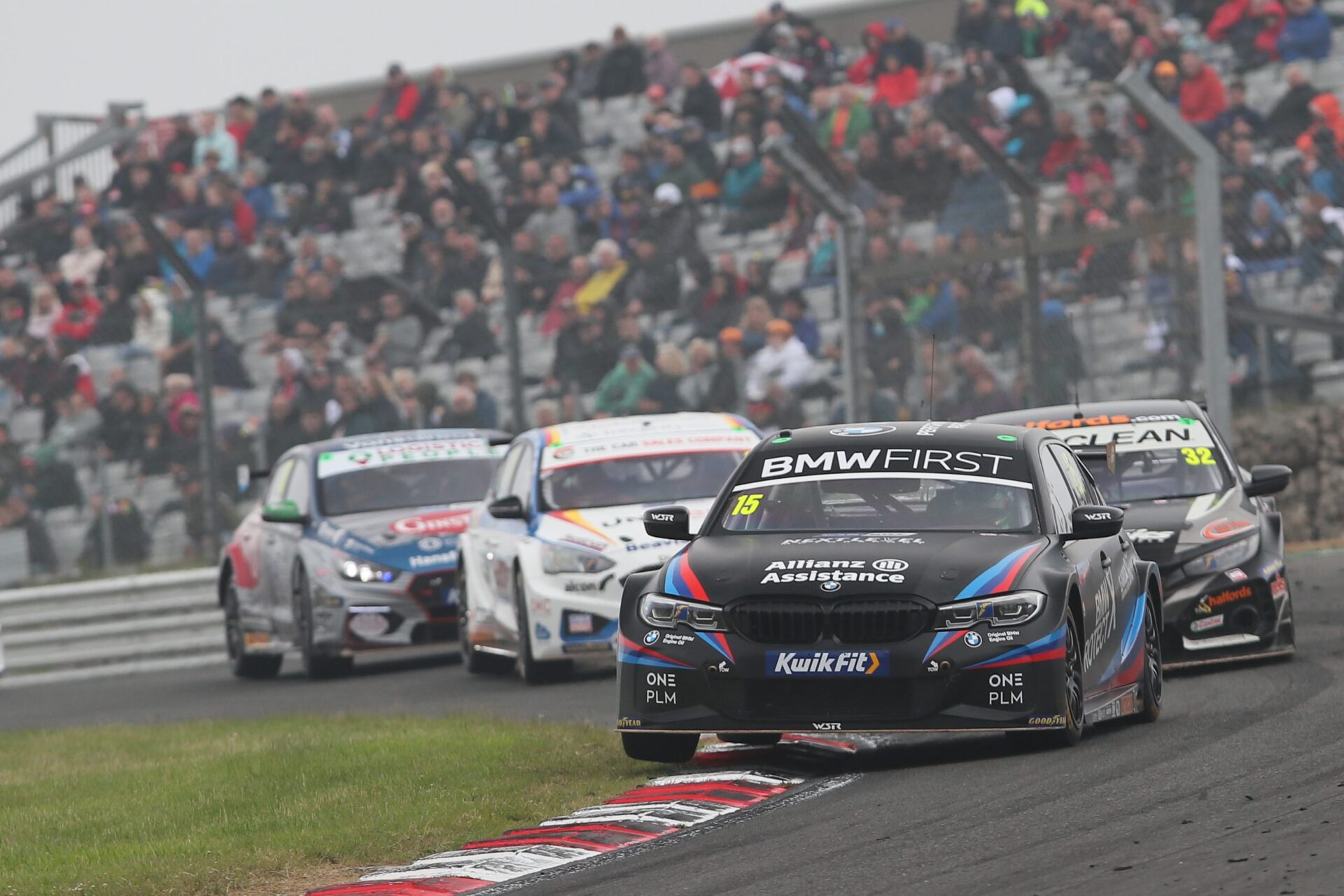 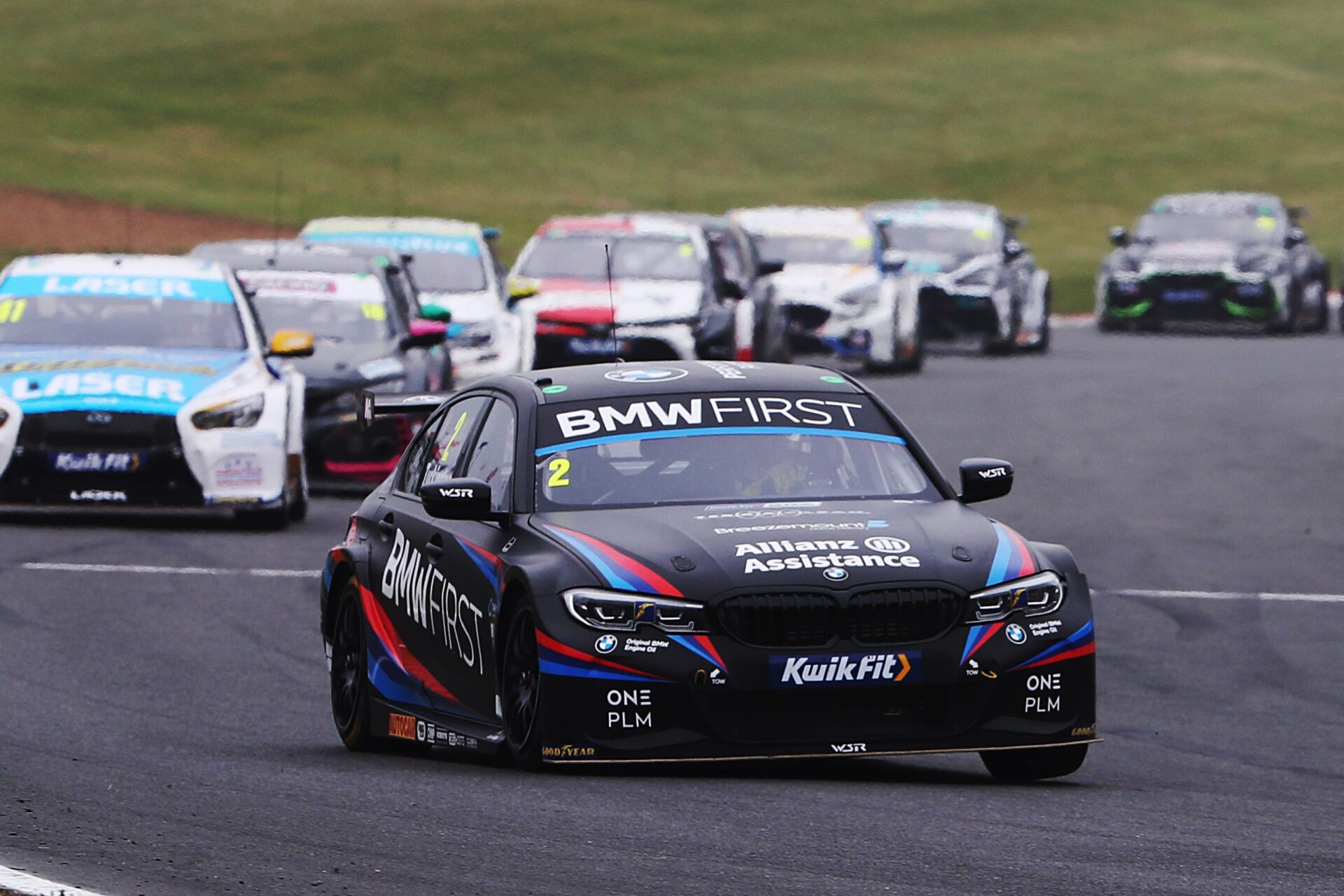