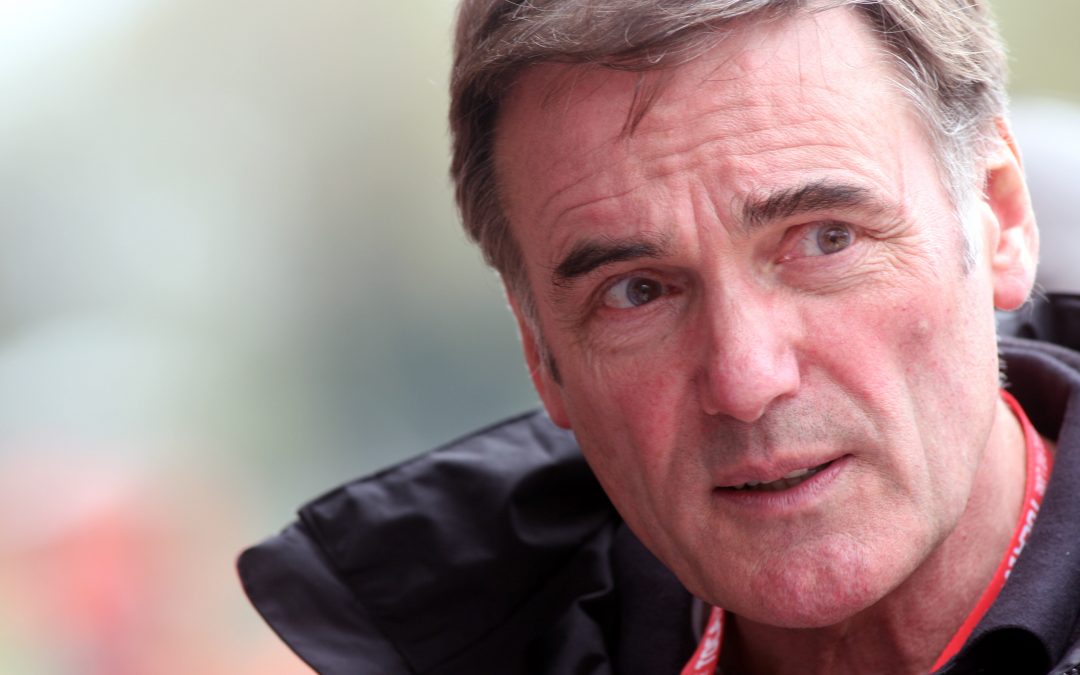 WSR celebrates its 40th birthday this year by heading into what’s sure to be another hard-fought British Touring Car Championship battle as BMW’s manufacturer representative.

Those forty years have featured enormous success on a national and international scale with five British Formula 3 titles, a pair of Macau Grand Prix wins, 14 outright BTCC crowns and even a World Touring Car Championship victory in Japan, to name just some of them.

Central to everything since Day One has been team founder Dick Bennetts, and in this first of a 12-part series charting the rise (and rise) of the team, we go back with the boss to examine his entry into motorsport and the factors that led to the creation of the team in
1981.

THE OTHER SIDE OF THE WORLD

“I landed in the UK in mid 1972 with my friend David Oxton, who had a prize fund from Ford of New Zealand to run in the Formula Ford World Cup at Brands Hatch later that year,” says Dick, who now – at 73 – lives within earshot of the legendary Brooklands race track.

The Ford money was good enough that, for a few months at least, the job of both Bennetts and Oxton was to exist as a professional race outfit that became known in the paddock as, predictably, Team Kiwi. Even back then, Dick’s legendary reputation for car and engine preparation went before him. 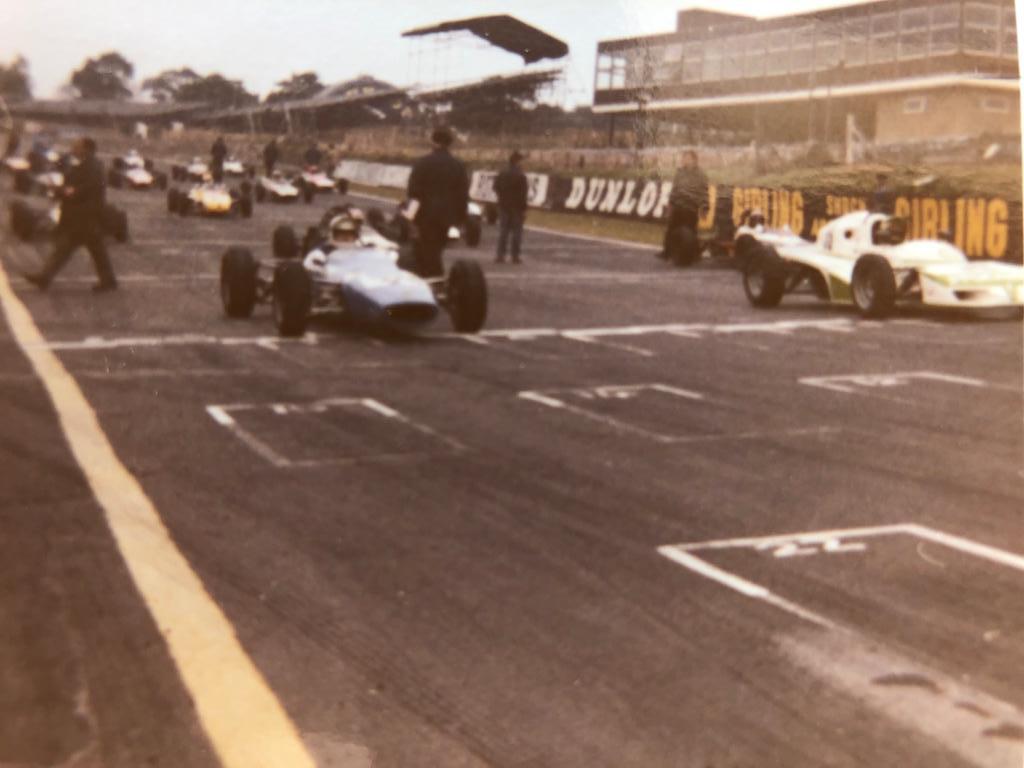 “We borrowed an old Merlyn Mk11A from a friend at McLaren, to do a few races for David to learn the tracks and the Firestone Torino treaded tyres [they used full slicks in NZ] and also to see what car we should buy to have the best chance.

“In the end we decided to stay with the Merlyn, stripping it right back and rebuilding it. We put a new Scholar engine in it, which I then rebuilt over two weeks at their workshop up in Martlesham Heath, Suffolk.

“Alan Wardropper, the boss, said he’d never seen anyone take two weeks over a Formula Ford engine before, but when it went on the dyno, it was perfect and David put it on pole at Brands for the World Cup final. I guess for me, everything in the UK started with that.”

25 years earlier, Richard Andrew Bennetts (his family still call him ‘Richard’) was born in Dunedin, on the East coast of New Zealand’s South Island and took an interest in all things mechanical thanks, in part, to a fascination with his Dad’s Studebaker, fitted with a supercharged Ford Zephyr engine.

It piqued further due to the Dunedin Street Races that ran from 1957-60, featuring bona fide Brabham and Cooper single-seaters plus a plethora of home-grown specials, but it was as a teenager that he truly got the bug, cycling after school every other day to help John Armstrong at the local Ford dealer, Napier Motors – where his sister worked – prepare a competition Ford 105E Anglia.

That was a pre-cursor to a driving career of his own; a young Dick hill-climbing in a Ford E93A (widened rear track and highly-modified engine – of course) and later a 100E (with an unusual for the time four-speed gearbox) at Cooper’s Inlet. A short stint in a workmate’s Raymond Mays-modified Mk2 Zephyr was the final straw though. 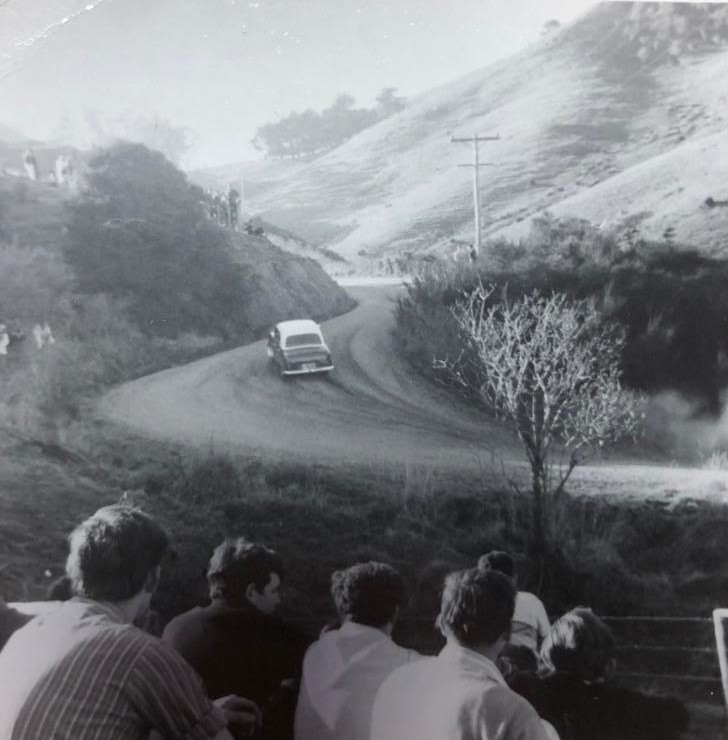 “There were five of us and we formed the Piranha Race Team,” Dick recalls. “Two Mini Coopers, a Humber 80, a 105E Anglia and me in my Ford 100E. I wasn’t that fast, but people said I did a great job on their engines, so after a few years I decided to focus on that side instead.”

That ‘focus’ led to Dick leaving home and moving 1000 miles north to a job in south Auckland preparing race and road cars at Performance Development Ltd, run by Ray Stone and notable Kiwi racer Dennis Marwood. A good friend from the Otago Sports Car Club, Alan Dick, had showed the job advert in a copy of his Auto News Magazine.

“Ray and Dennis were great,” Dick says. “I knew nobody and Dennis went out of his way to take me to the Auckland Car Club and introduce me. That’s where I met David [Oxton]. We became good friends and when he won the NZ Formula Ford title we were suddenly on the way to England…”

… which is where we left things a little earlier. Oxton – who would go on to win seven national single-seater titles at home and co-drive with Peter Brock at the Bathurst 1000 – headed back to New Zealand at the end of ’72. Dick was on his own. 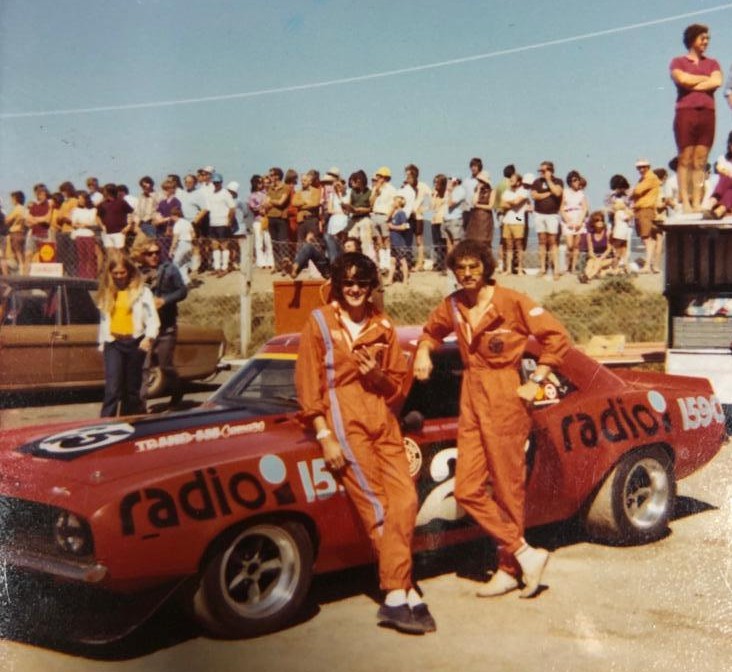 He found a job at Racing Services Engines in Twickenham – less than 10 miles away from WSR’s current Sunbury-on-Thames HQ. He spent 1975 at the ‘works’ March Formula 2 team as #1 mechanic to Michel Leclere and followed this by a move to fellow single-seater squad Fred Opert Racing.

“Fred offered me a job that was going to pay my way home to NZ for the Formula Pacific Championship at the end of ’75, in which we ran Brian Redman in a Chevron B29 BMW Formula 2 car,” Dick says.

“We had some great drivers in that period like Keke Rosberg and Bobby Rahal, and Fred had me rebuild Cosworth BDA engines in America too. On one trip I went to Daytona to run a Super Vee – which I had never done before – for Howdy Holmes. I got there and there was no rear wing on it! ‘We don’t use them on the Super Speedways’ I was told. Well that was news to me.” 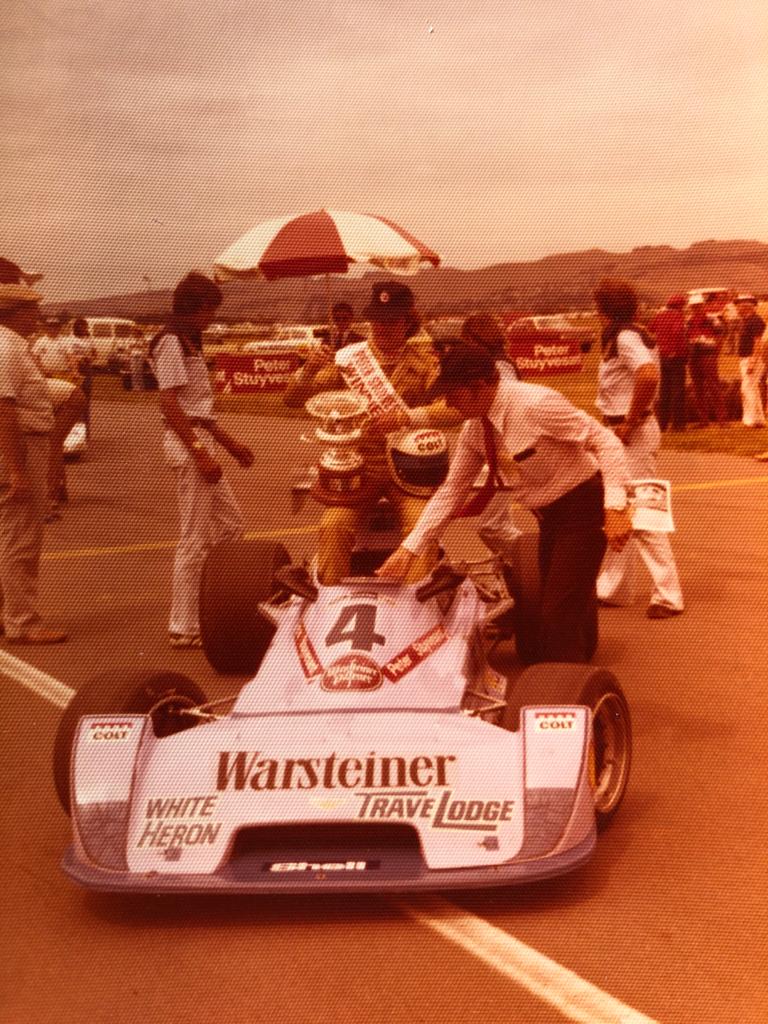 The relentless travel schedule, through New Zealand, Europe and North America, coupled with the lack of a permanent workshop for the team and delays in being paid, led to Dick looking for new opportunities after a little over two years.

One arose in early 1978 at Formula 2 superteam Project 4 Racing, run by Ron Dennis, whom Dick describes as ‘a man as committed to winning as you’ll ever find, but someone who was also good to work for’.

Running future F1 racers Eddie Cheever and Ingo Hoffmann initially, and then a Derek Daly/Stephen South F2 line-up early ’79, Dick was given the responsibility of overseeing the rapid build of 24 BMW M1 Procars in time for the start of the most insane one-make series ever run, after Dennis won the contract to assemble them. 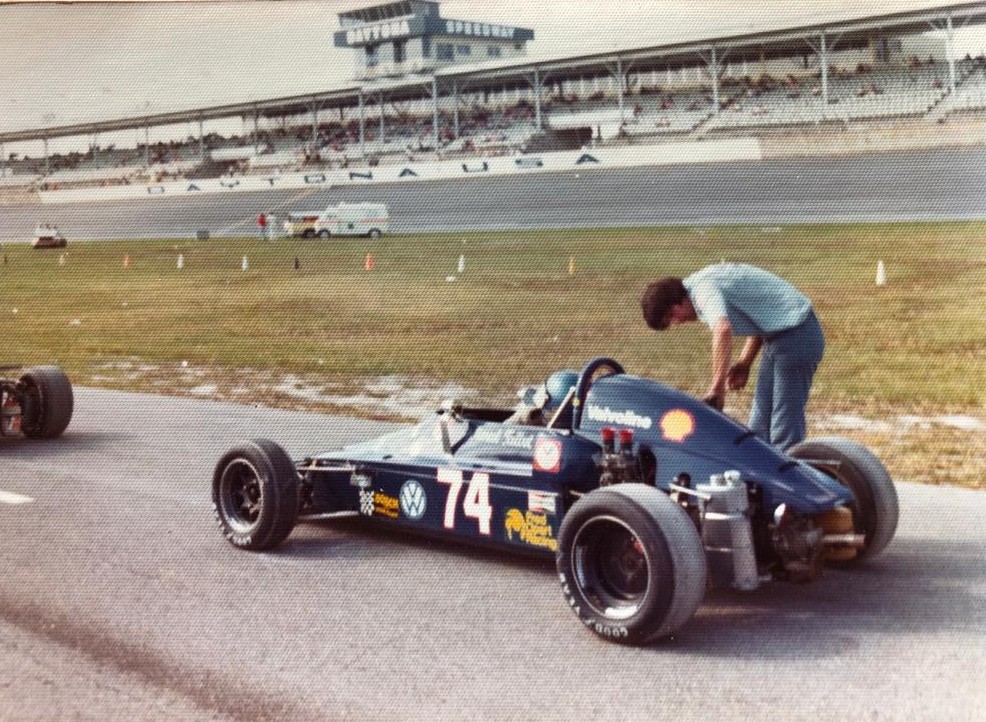 “That was bloody hard work. We worked 14-16 hours a day for months on end without a break, but we got it done. Then, at the last minute, Ron called me into the office – and told me we had to build another, which were going to run ourselves. I was pretty broken by that point – we all were.

“We finished the car the night before it was due to test at Silverstone, went to put it in the transporter at 3:45am and the damn tail lift broke. I called Ron immediately, and he made it clear – in his half-asleep state – that the car had to be ready to go on-track at 9am that morning. Somehow we got it done and when we arrived at the track Niki Lauda walked in to the garage!

“Niki pushed us all hard, but no harder than he pushed himself. It was very different to running Hans-Joachim Stuck early the next year. He was a guy who liked to enjoy life…” 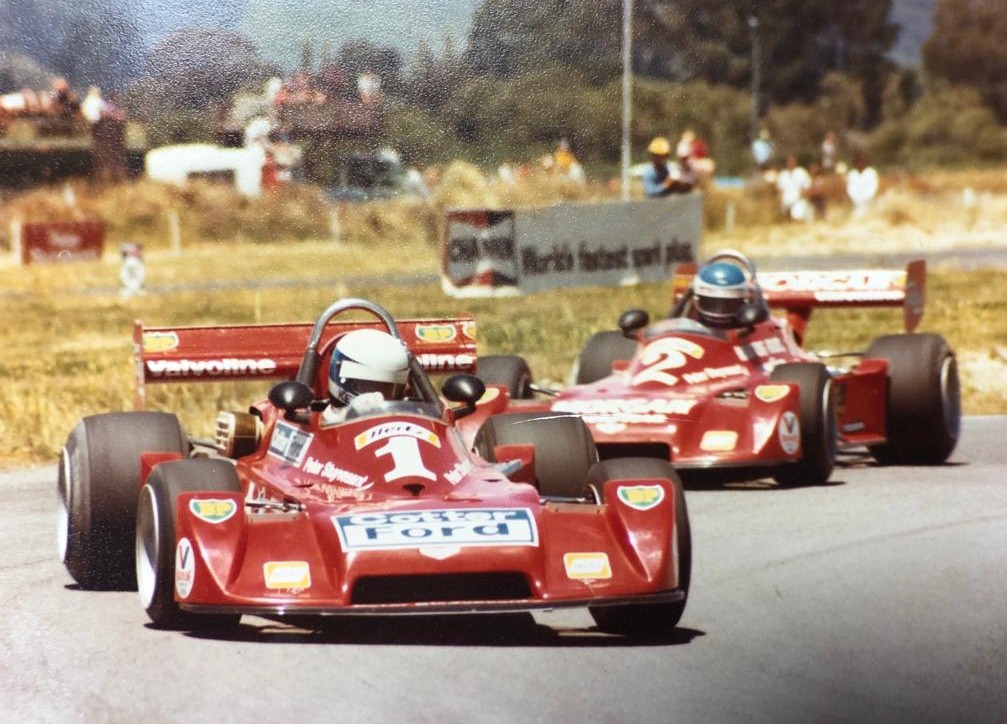 Dick and Niki won the 1979 title, and when the Stuck season petered out, he was tasked with lifting the fortunes of Stefan Johansson, Project 4’s Marlboro-backed Swedish charger in British Formula 3, racing a March.

“The March 803 had a handling issue, but I mentioned one day to Ron that there was a young Kiwi called Rob Wilson [now the world’s most renowned driver coach] who was doing alright with the Ralt RT3 and that maybe he should take a closer look.

“We went down to the Ralt factory in Ron’s Porsche, he and [Ralt boss] Ron Tauranac had a chat and then he came out telling me ‘You’ve got what you wanted; I’ve bought a Ralt.’

“I said ‘Christ Ron, I only thought you should take a look!’ But that was Ron. If there was a way he could help the team win, he’d do it. He’s one of the most competitive people I’ve ever met, and he’s very good at winning.”

After several tests at Goodwood, Dick and Johansson hit the sweet spot with the Ralt, going on to winning the final four races to snatch the title from under the noses of long-time leaders Kenneth Acheson and Roberto Guerrero. 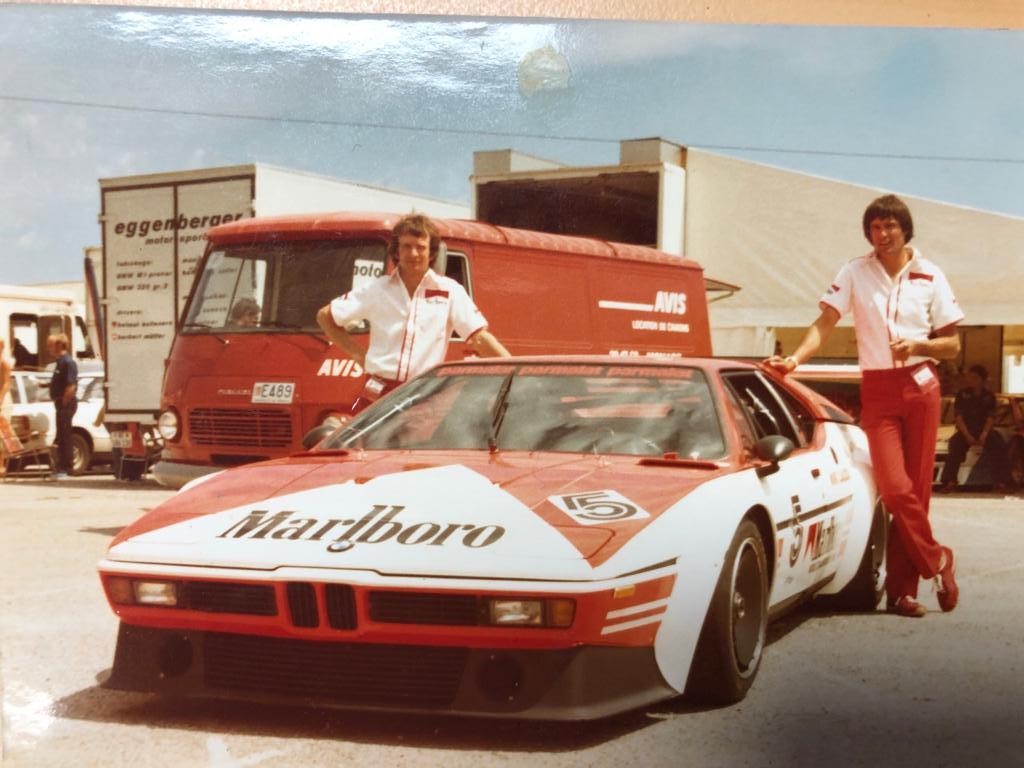 “At the same time, I’d been helping Ron, John Barnard and Alan Jenkins with the design of the first carbon F1 tub, which they were doing in secret. Ron knew by this stage that he was going to buy the McLaren team and focus on that,” says Dick.

“He even offered me a job to run the test team, but I turned it down. My flatmates at the time were F1 mechanics at both McLaren’s and Brabham’s and were never home, so I decided to leave instead.

“I made a commitment to running David Oxton in New Zealand for the European winter and thought that probably I’d move back home for good.

“As a final job, Ron asked me to sell the F3 Ralt, which I did, after a ‘try before you buy’ test, to a guy called Mike Cox, who was supporting an impressive young driver called Jonathan Palmer, who was coming out of Formula Ford 1600.

“Mike, who ran West Surrey Engineering, called me and said they’d lost their way on set-up during a test. I reminded him they’d never run an aero car before and he’d be wasting his money if he didn’t get someone in who knew what they were doing.

“He asked if I’d run the car, but I was already packing for New Zealand by this stage – I even had to take half a Cosworth BDA engine with me in my hand luggage for David’s car, which I rebuilt back home – must have done a decent job as we won the championship!”

Eventually, after several phone calls to New Zealand, Dick agreed to return to the UK in mid-February. 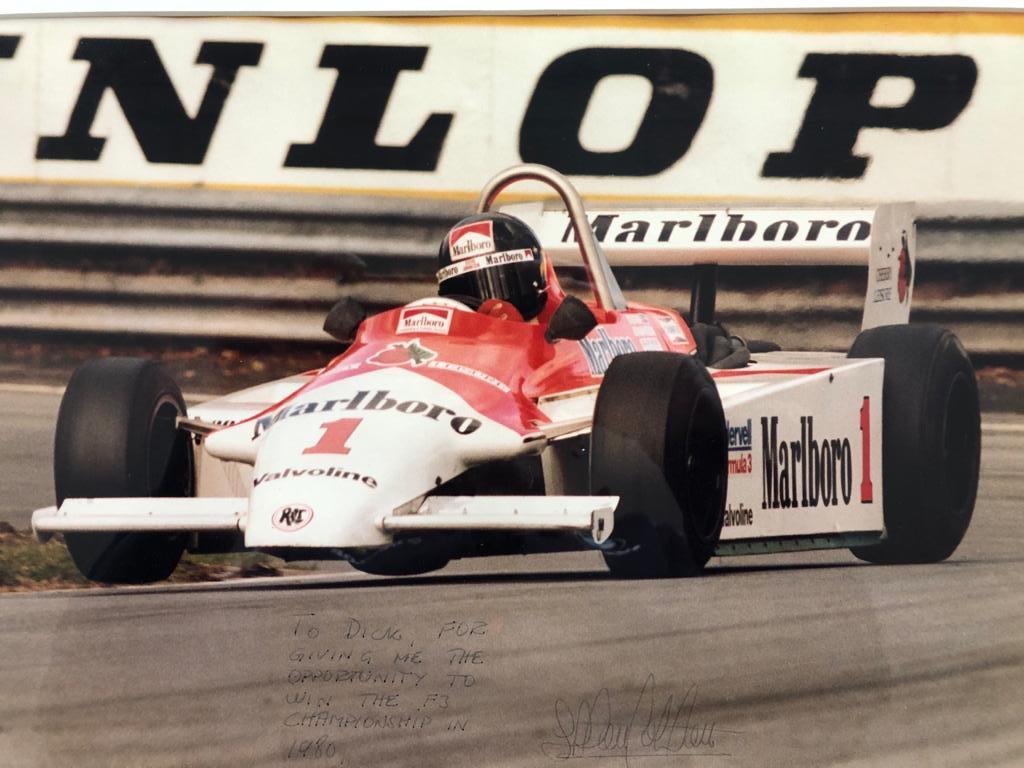 “I can’t remember if it was by phone or fax, but we set the team up in January 1981 while I was home, to run as West Surrey Engineering [the West Surrey Racing name didn’t come along until ’82].

“Mike put us in a tiny lockup garage, alongside WSE that was barely wide enough to squeeze yourself between the sidepods and the wall. I had a little partitioned office/stores area at the back and Mike bought a rigid A Series Ford van that would barely hit 50mph, which I refused to drive, leading to JP sorting me out with a Toyota station wagon.

“I got Harvey (Spencer, now part of Carlin’s all-conquering single-seater set-up) to join us alongside ‘Deadly Dave’ Stephens, who’d been with JP in Formula Ford, and Jamie Palmer, JP’s brother, committed to helping us out on race weekends. It wasn’t much, but it was a team and we were ready to take on the world.”

Find out how WSR’s first few seasons went in the next installment of The WSR story in February.