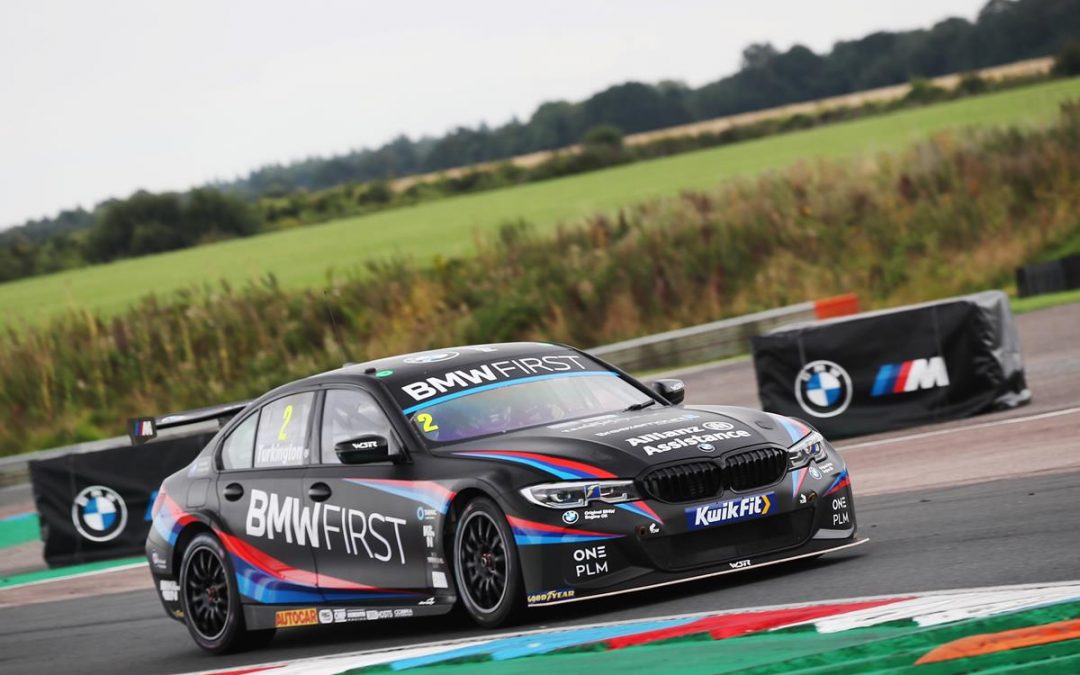 Team BMW continue their fight for the British Touring Car Championship with a trip to the North-East this weekend for what will be a landmark event.

Race Three at the North Yorkshire circuit is set to be the 700th BTCC race for WSR, who are responsible for the design, build and operation of the three BMW 330i M Sports, and who recently claimed their 100th victory in the series.

Drivers Colin Turkington, Tom Oliphant and Stephen Jelley have combined to give BMW a healthy lead in the Manufacturers’ standings and have finished on the podium in each of the past seven races between them.

Not only has this equalled WSR’s best run of rostrums for four years, it has also lifted Team BMW to third place in the Teams’ Championship.

Leading the BMW charge in the Drivers’ title race is Colin Turkington, who is fifth overall and so carries 39kg success ballast into the weekend.

A record 12 victories, five pole positions and 24 podium finishes at the track has earned the four-time champion from Northern Ireland the ‘King of Croft’ tag.

More success this weekend at the circuit where he scored his first BTCC podium in 2002 would surely lift him further up the standings with just three race weekends to go following the trip to the North-East.

Tom Oliphant was Team BMW’s top-scoring driver at Thruxton with a double-podium finish and the Leamington Spa-based racer set his career-best qualifying position at Croft last year with fourth place.

Tom arrives at Croft without success ballast, meaning he stands an excellent chance of repeating his Thruxton form at the 2.1-mile circuit that has provided much success for rear-wheel-drive BMWs previously.

Stephen Jelley has fond memories of his last visit to Croft with WSR. On that occasion, in 2009, he qualified third and finished on the podium in all three races.

The Leicester racer, who has finished in the points in five of his last six races at Croft, aims to bounce back after a frustrating weekend at Thruxton where – despite scoring in all three races – he never managed to break free of the midfield.

Stephen is 11th in the Drivers’ Championship, meaning that, like Tom, he enters the weekend free of success ballast.

Unlike at Thruxton, two compounds of tyre will be available at Croft with the soft Goodyear designated as the ‘option’ rubber that must be used once on raceday by each driver.

Following Croft, the teams will immediately decamp to Silverstone to complete what will be the only back-to-back events of the season.

Colin Turkington said: “Croft is my favourite circuit on the calendar. I can’t pinpoint why I love the configuration so much, but I can slip into the zone effortlessly and results tend to happen a little less laboured. This is my time to make strides towards the top and I’ve been doing everything in my power to ensure I prepare to the maximum. We have four race weekends in the next six weeks, which is pretty intense and a big extra challenge for the team working on the BMW 3 Series as the turnaround is pretty tight. Attention to detail can make or break a championship campaign at this stage, so it’s crucial we all dig deeper than ever and push hard over this busy spell. It’s been a very unusual season this year in many ways; it feels different for me, but I’m fired up and excited about the opportunity to challenge for the title again.”

Tom Oliphant said: “The weekend we had at Thruxton was an ideal way to begin the second half of the season; a good qualifying with no weight and then two really strong podium finishes at a track that really doesn’t suit me and doesn’t play to the strengths of the BMW. The next four circuits – starting at Croft – are circuits I really enjoy and that our car has been either good or very good at previously. I’m coming into Croft without weight and that’s probably a bigger advantage there – with the slow-speed corner exits into long straights – than most other tracks. I’d hope to use that to qualify on the front two rows and try to convert that into as many wins or podiums as I can and really help our push for the Teams’ and Manufacturers’ titles.”

Stephen Jelley said: “Historically, Croft has been very good for BMW. I enjoy racing there, and when I drove for WSR in 2009, I had three podiums in a day, which is a pretty hard feat to achieve. The track’s characteristics have changed slightly since it was resurfaced, and last year the weather was a little bit odd, so that made it a bit slippery. Plus we only had the one type of tyre, so going back this year we’ll see something a bit more normal. The circuit will suit the characteristics of the 330i M Sport; the fast-flowing back section should be really nice in this car, and we can get a good punch out of the hairpin. The main thing is looking forward to getting back on track after a disappointing Thruxton. Oulton and Knockhill were really good points-scoring weekends and at Croft we should be able to run a similar set-up, so the signs point to a good weekend.”

Dick Bennetts, Team Principal, said: “We normally enjoy coming to Croft, which has certainly suited our rear-wheel-drive BMWs in the past. It’s a long trip from our base in Sunbury-on-Thames, but the amount of success we’ve had there in the past has usually made it worth it. It’s quite something to think that we’ll start our 700th BTCC race this weekend as our very first – at Donington Park in 1996 – certainly doesn’t feel like 25 years ago. One key point to consider is that we have back-to-back events with the team travelling to Silverstone just a few days after we leave Croft. The experience of racing on successive weekends during 2020’s condensed calendar will definitely help us deal with what’s quite a tricky situation, but making sure we get all our cars through the weekend in one piece will be a primary objective. This year the BTCC is proving to be very competitive, so we are having to dig deeper than normal for some reason.” 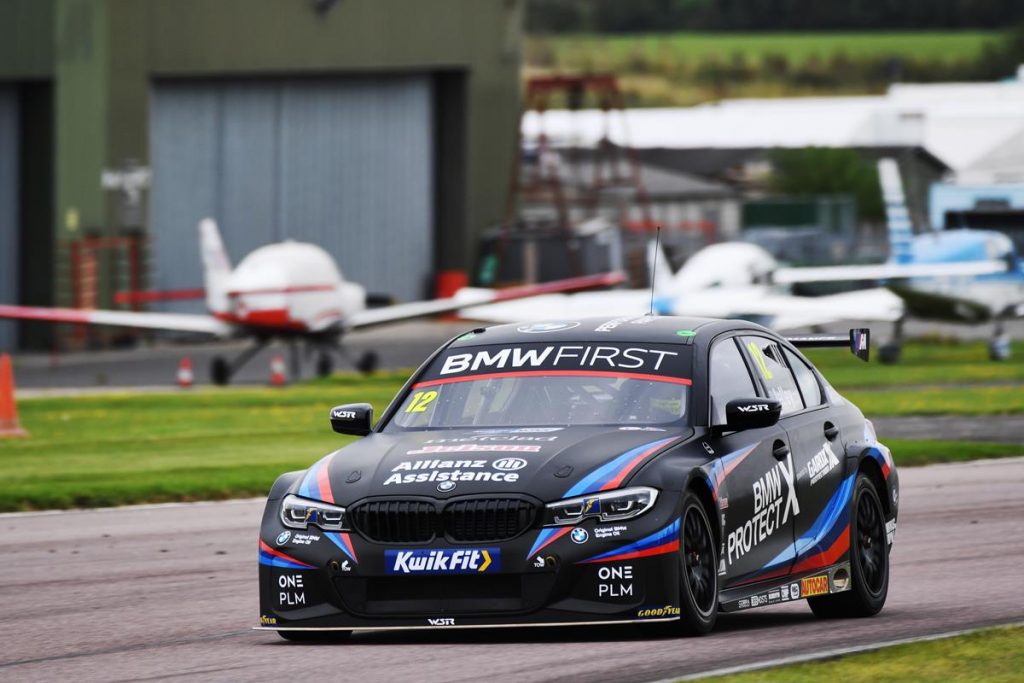 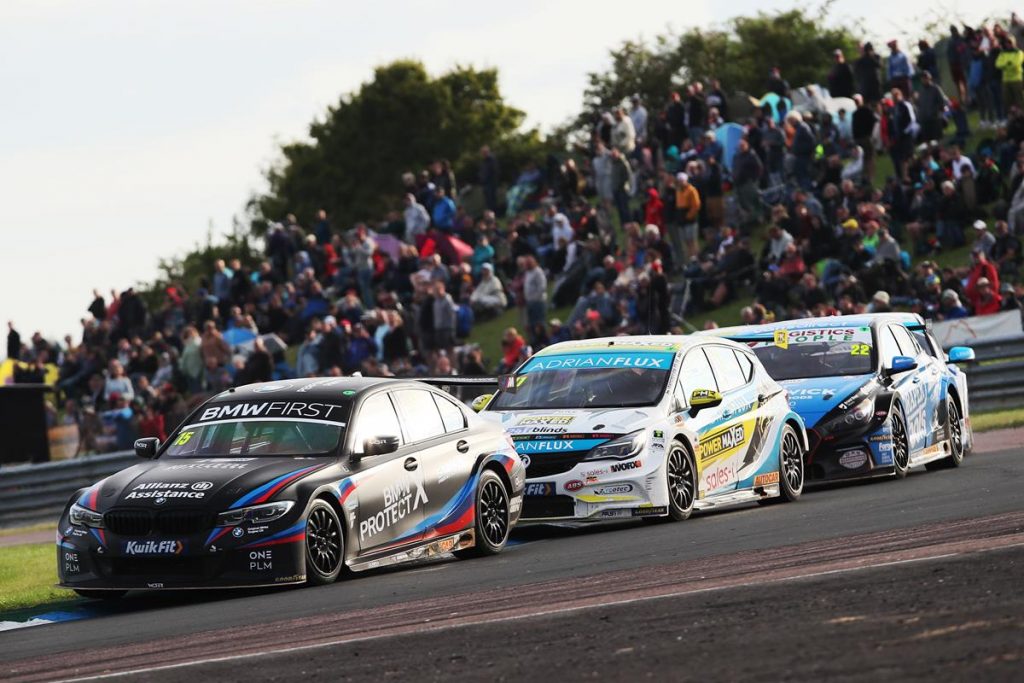