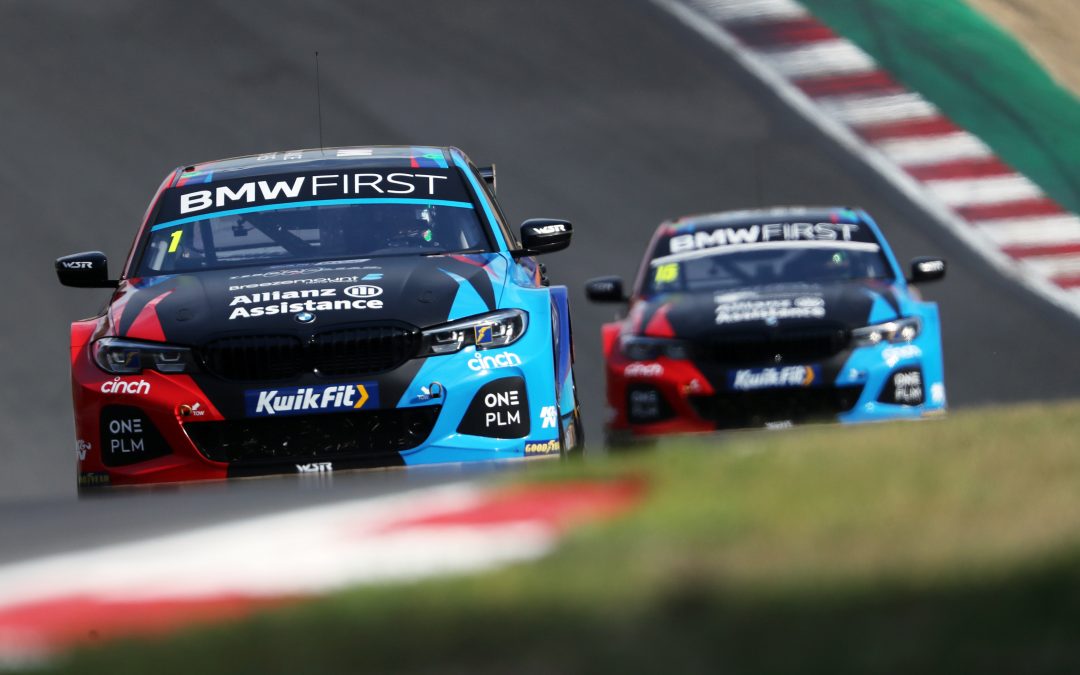 On a sweltering and stuffy day at the Kent circuit, the duo qualified fifth and sixth on the grid with four-time champion Colin ahead because he had recorded his best lap 1m31.453-second lap had been set a few minutes before his team-mate matched it.

Carrying the maximum 60kg success ballast on his WSR-run BMW 330i M Sport, Colin was sixth quickest in opening practice and eighth later on as the team experimented with a series of set-up adjustments aimed at perfecting the car’s balance.

Come qualifying, his late flyer was a little over three tenths of a second away from the pole position time, giving the Northern Irishman plenty of confidence of extending his points lead on Sunday.

Team-mate Tom, who carries 30kg ballast into the weekend due to sitting sixth in the Drivers’ Championship, was the fastest Team BMW driver in FP2 in seventh spot, having been 14th in the morning.

A mid-session set-up adjustment in qualifying enabled the Leamington Spa-based racer to unleash the potential of the BMW; a sequence of impressive laps moving him up the order in the second half of the session before equalling Colin to the nearest thousandth of a second.

Sunday’s three races – which will be screened live on ITV4 – give Team BMW the chance to move ahead in the race for the Teams’ Championship, which they jointly lead, and could allow BMW to further increase their advantage in the Manufacturers’ standings.

Colin Turkington said: “I’m really happy with the result today. We did a lot of work pre-session with the set-up to get the car dialled in as best as we could with full ballast. We optimised the set-up really well and got it spot-on for qualifying. You have to balance the set-up for the tight turns on the Indy Circuit and the fast bends on the GP loop, and it’s a lot more difficult with maximum success ballast. I think we did the maximum possible today. The plan for Sunday is to score well in all three races. We’ll maximise Race One and then be as rapid as we can when the weights change around in Races Two and Three. Then we’ll just see where we are when it all shakes out. It’s been a good day.”

Tom Oliphant said: “I’m pretty happy, but at the same time a little disappointed. We made a big adjustment after my first run in qualifying and the BMW was great – it would go exactly where I pointed it. I decided to go ‘full send’ on the first lap of my final run and was three tenths up on my previous best with a corner to go, so I decided to give it everything, but locked up slightly and got sideways. That cost me all the time I’d made up, and on the last lap the tyres were past their peak and I had some traffic, so there was no chance to improve. I’ve set exactly the same time as Colin though and that takes some doing. Sixth is a good starting position and I’m confident I can go forward a row tomorrow.”

Dick Bennetts, Team Principal, said: “I don’t think I’ve ever seen two of our cars set identical times in qualifying; it’s quite extraordinary. The target for today was to have two cars in the top eight, so we’ve beaten that by a full row on the grid and I’m really happy about that. It’s no surprise to see front-wheel-drive cars filling the first four positions, but the BMWs are the two fastest rear-wheel-drive cars, which shows what a good job the team here at WSR have done. Weight always has a big effect here, so Colin would have suffered quite a bit in the uphill acceleration zones with 60kg onboard, and Tom too with 30kg.  Tomorrow we need to have a clean first race, get whatever points we can, and then attack when the weight comes off.” 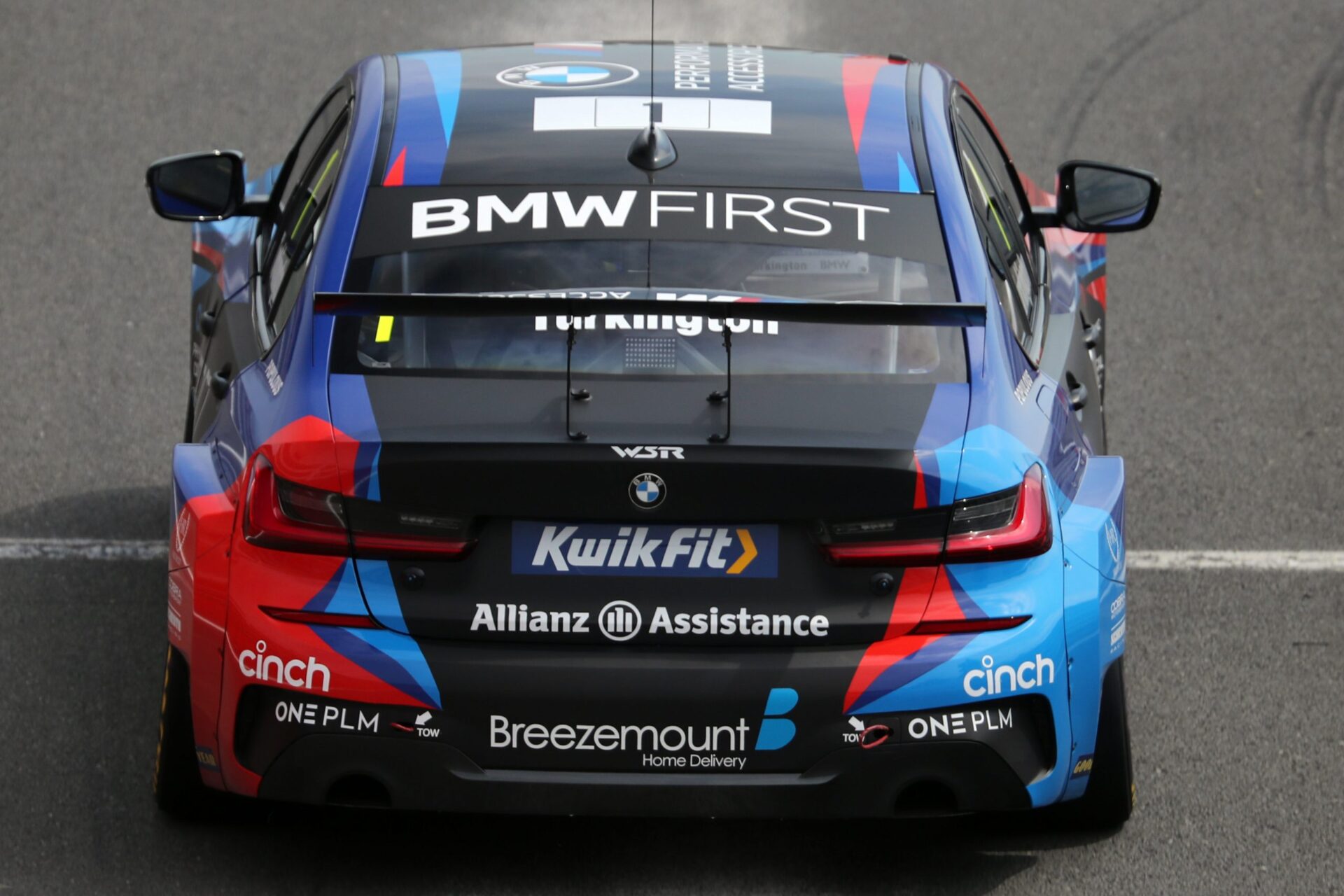 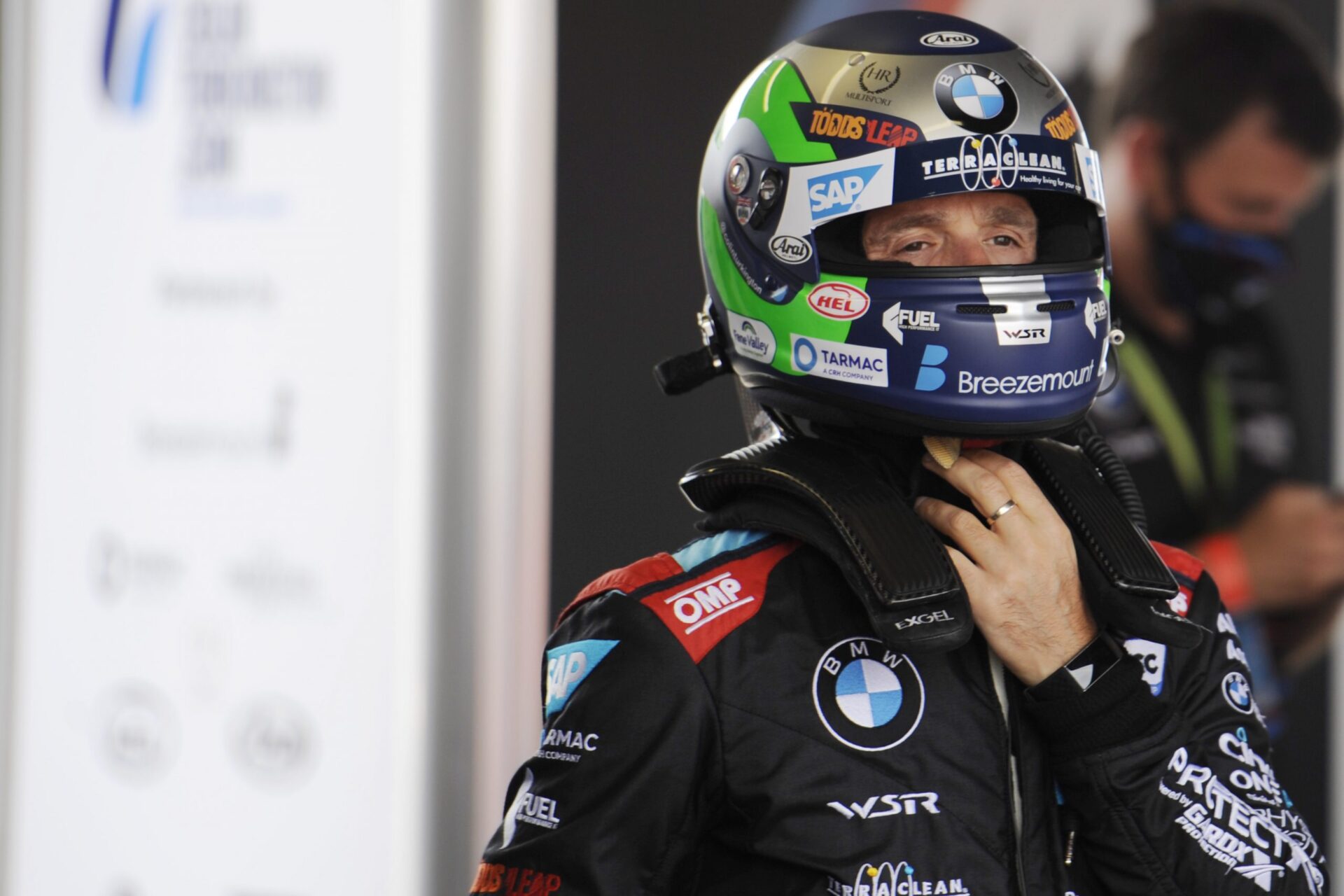 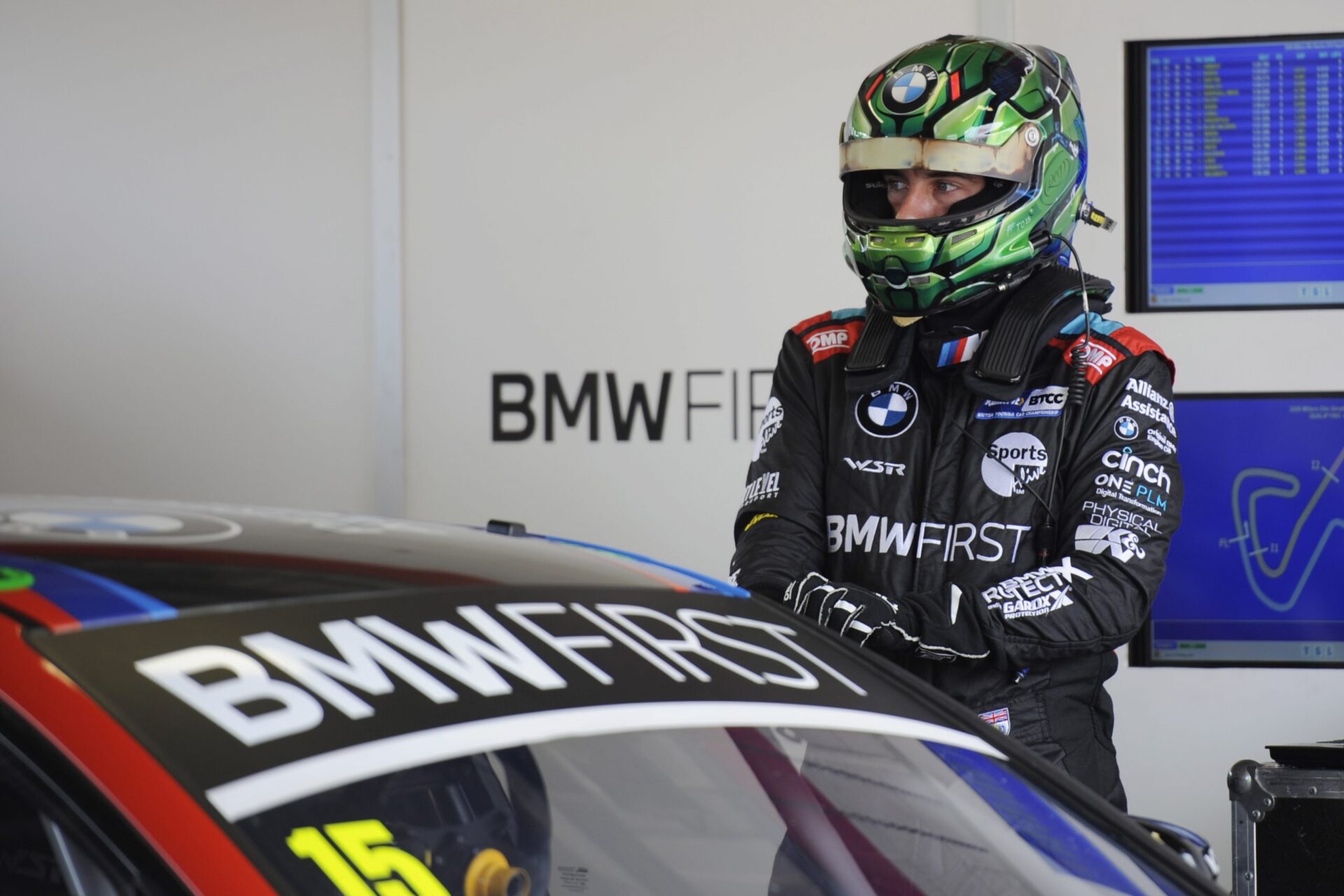 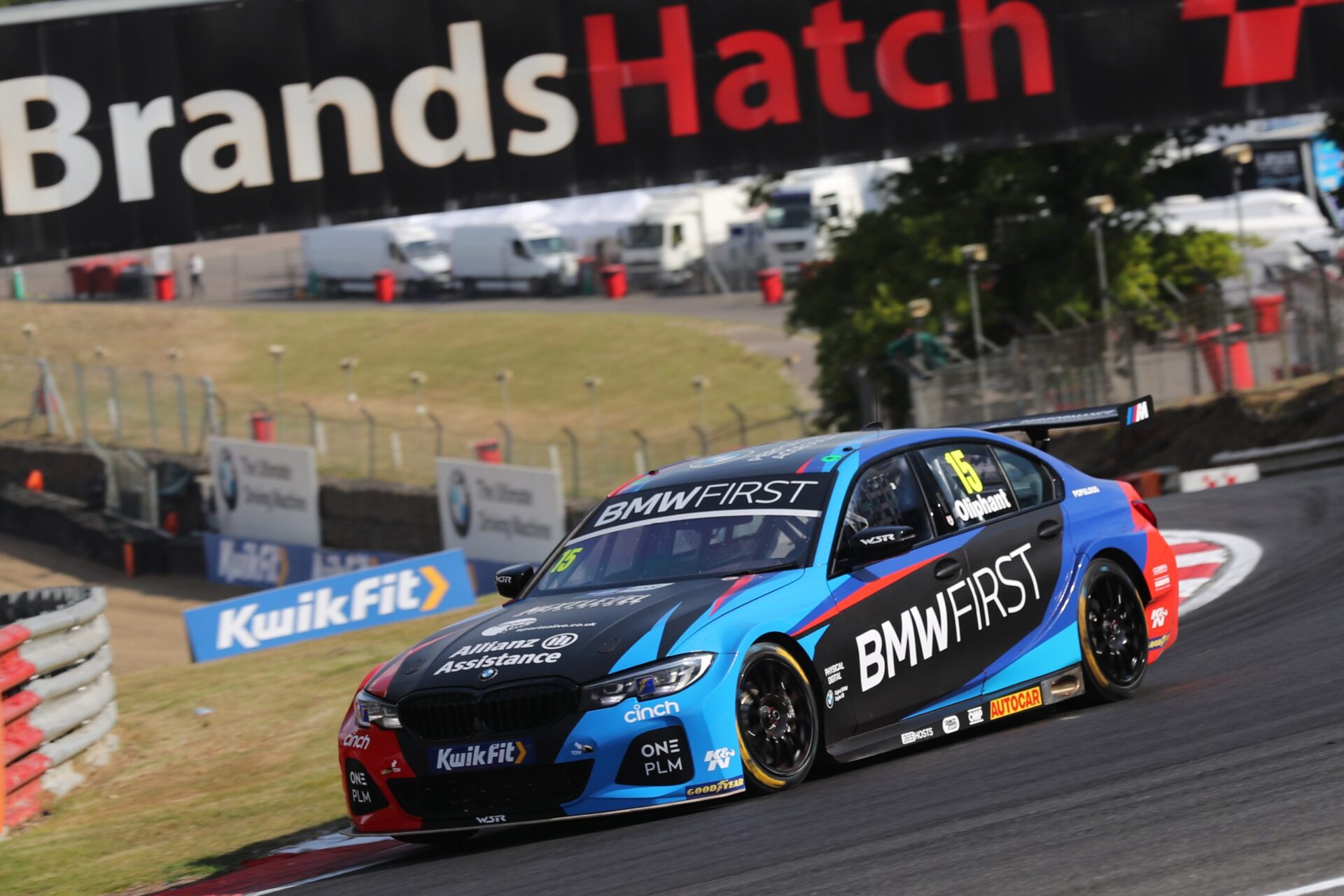