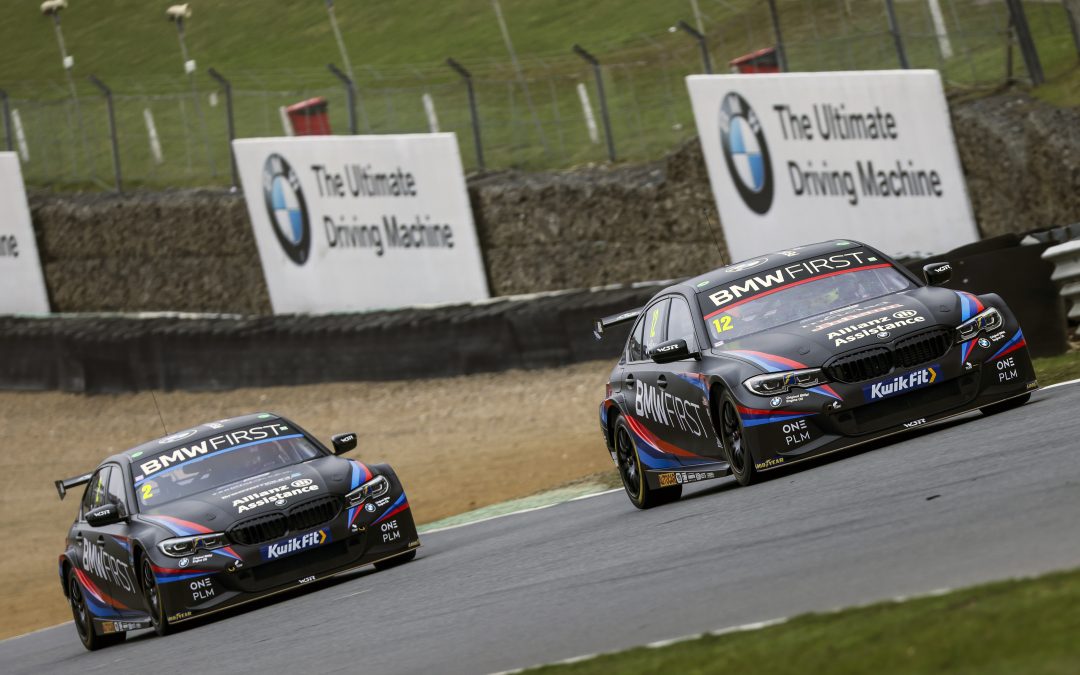 Team BMW continue their push for the British Touring Car Championship title this weekend as the series moves on to its third event of the season on the Brands Hatch Indy Circuit.

Pole position and a race win last time out at Snetterton helped BMW to move into the lead of the Manufacturers’ title race as the WSR-run 330i M Sports all ran impressively during the weekend.

Having risen to second in the Teams’ standings, the momentum is certainly gathering for the 14-time series champions as the driver trio of Colin Turkington, Stephen Jelley and Tom Oliphant all aim to continue their recent form.

It was on the 1.2-mile Brands Hatch Indy Circuit where the BMW 3 Series race car, which was also designed and built by WSR, won on its debut race weekend in 2019.

Two years on, Colin Turkington returns to the scene of his maiden BTCC victory – with WSR – in 2003 eager to add his four career victories there and continue to build on his chase for the 2021 Drivers’ title.

Having climbed to third in the standings with his Snetterton win, he carries 57kg success ballast into the weekend; making his BMW one of the heaviest cars in the field.

The Indy Circuit will always be a special track for Stephen Jelley, who scored his first BTCC pole position there in 2008 in his rookie season in the series – and his first year with WSR in a BMW 320si.

The Leicester racer was last on the podium on the short layout in 2019, and fresh from his best-ever Snetterton weekend last time out – where he finished in the top five twice – he arrives at the Kent venue in fine form.

His seventh place in the standings means he brings 27kg success ballast into the weekend.

Tom Oliphant arrives on a high for a very different reason; his engagement to partner Gen last week. The Leamington Spa-based racer made his WSR debut on the Indy Circuit in 2019, and last year scored his first series win on the longer ‘GP’ layout.

The 30-year-old has a ballast-free BMW at his disposal due to his 11th place in the standings; giving him a decisive head-start on the field at the circuit where he also set his first ‘fastest lap’ in the BTCC.

After the Top-10 shoot-out was used on Saturday at Snetterton, qualifying will return to its regular 30-minute format for this weekend’s event.

In another significant change, this weekend’s race coverage will switch to ITV3. All three races will continue to be streamed live in HD on Sunday.

Colin Turkington said: “Brands Hatch is all-action. Like Snetterton, there are some fearsome corners, like Paddock Hill Bend and the fast left-right at Surtees. The rest of the lap is pretty slow speed, but not easy to get right. Car set-up is critical as you need a good change of direction for a good run off Graham Hill and Clearways. We’re using the medium tyres here in all three races – like in 2020 – so won’t have the luxury of a soft option and running a different strategy. Qualifying will be conjested so there’s a lot to think about. You can have the best car and still not thread traffic well and be outside the top 15. We just need to remember it’s a marathon, not a sprint and keep our noses clean.”

Stephen Jelley said: “Snetterton was the ideal response after a challenging weekend at Thruxton and jumping up to seventh in the championship gives us something to build on as we have a quick turnaround ahead of the races at Brands Hatch. I was mega there in pre-season testing and it is one of my favourite circuits, where I have had podiums in recent years, so I will be going there with the intention of making my Snetterton performances even better and challenging for the top three.”

Tom Oliphant said: “While I’ve been extremely unlucky at both Thruxton and Snetterton, there’s been pace in the BMW and my qualifying performances have been very strong, so I’m confident of showing the same speed this weekend. I scored my first win last year at Brands Hatch on the longer GP track so I’ll definitely feel good when I arrive. The past two years it’s been wet on the Indy circuit, so we haven’t really had the rub of the green, but if it’s dry we should be in good shape and coming in without ballast will definitely be handy.”

Dick Bennetts, Team Principal, said: “The Brands Hatch Indy Circuit has always been a track we’ve done well at with the various BMWs we’ve run in the BTCC. We had pole position for our first event with Colin in the BMW 320si S2000 in 2007, lots of wins and podiums and even a victory on the debut weekend for the current 3 Series in 2019. We did a much better job of maximising our points potential at Snetterton than at Thruxton. The win for Colin and the consistent top-five pace that both Stephen and Tom showed gives us plenty of reasons to be confident of challenging at the front once more this weekend, but I’m also very mindful of just how competitive the BTCC is this year!” 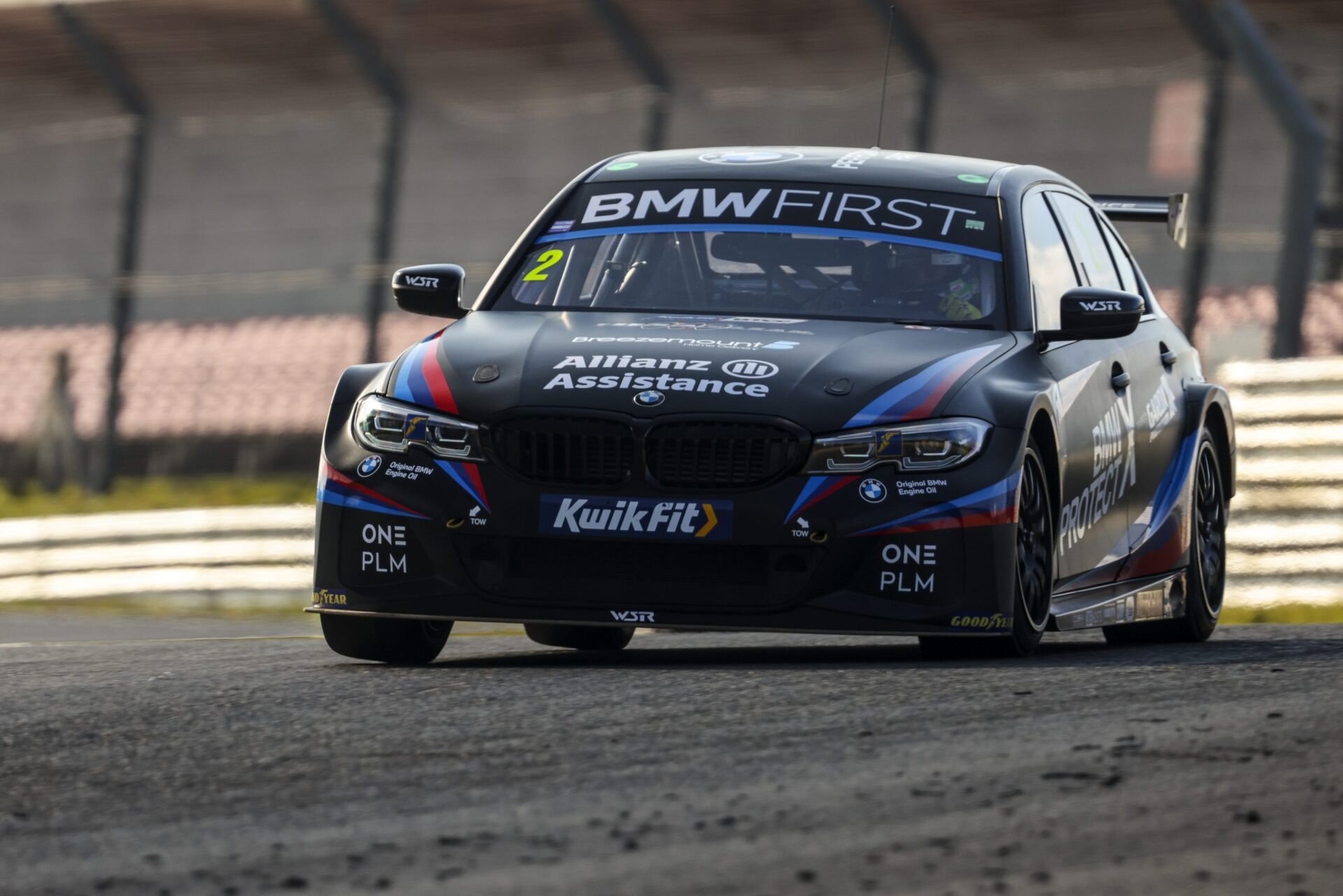 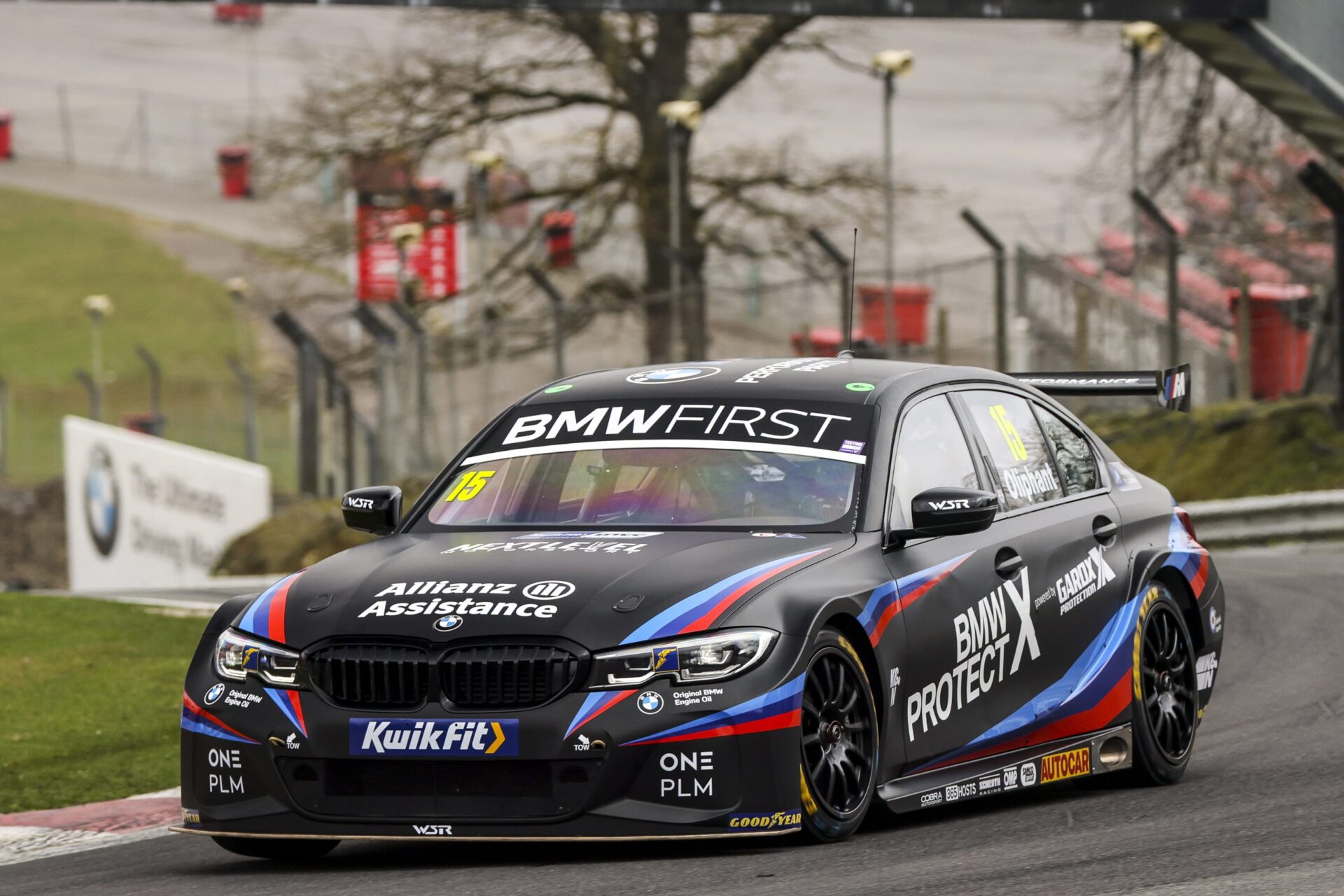