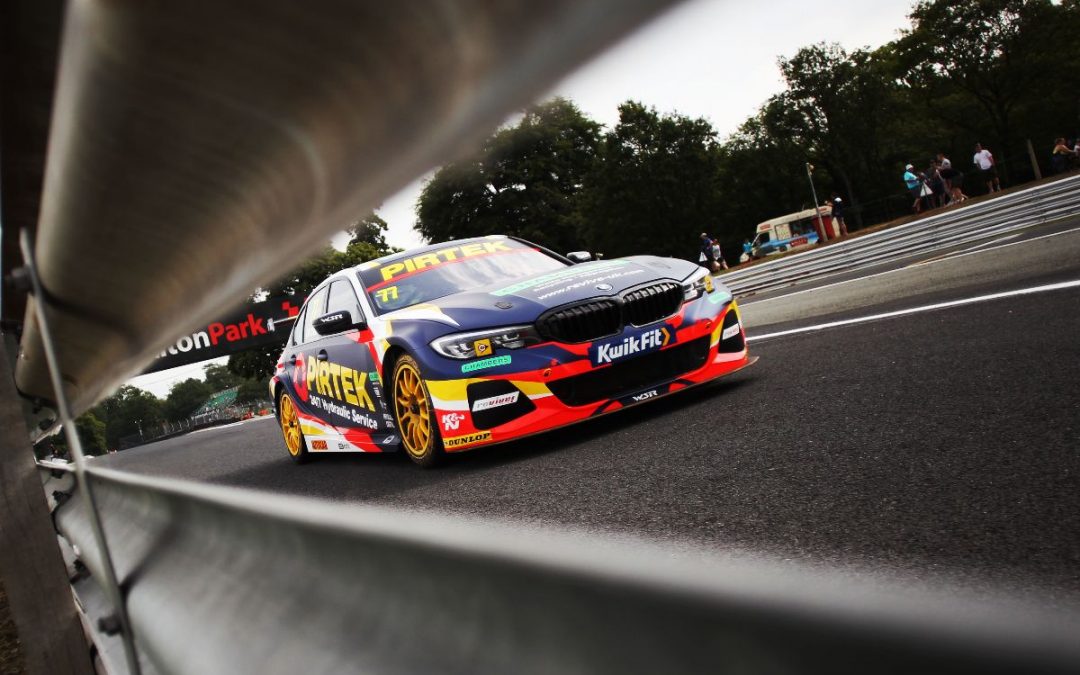 Andrew Jordan and BMW Pirtek Racing qualified on the second row of the grid as the British Touring Car Championship moved on to Oulton Park, Cheshire, on Saturday.

Arriving as the BTCC’s top-scoring driver at the two previous triple-header events, the 2013 champion started strongly with fifth place in his WSR-run BMW 330i M Sport in the opening practice session.

But the Lichfield racer spun early on FP2; contact from another car causing floor and splitter damage that prevented Andrew from completing more than three laps and denying him the chance to trial a series of major set-up changes.

With a series-high five wins this season, Andrew is confident of securing another big point haul on Sunday and moving up from his current fourth place in the points table.

Sunday features three races, each of which will be broadcast live in HD on ITV4 and via the ITV Player online.

Andrew Jordan said: “I’m delighted with fourth when you consider that we missed virtually the whole of FP2 – which was planned as a run-through for some of the set-up changes we made after FP1 – because of the incident at Old Hall. I feel bad for Matt Simpson for his part in it because he tried to avoid me and just couldn’t, but the strength of the BMW meant the damage was easily fixable in time for qualifying. My aim at the past two rounds was to be the top scorer over the weekend, and we’ve managed that. My aim for tomorrow is to leave here second in the points and I think that’s very achievable from where I’ve qualified.”

Dick Bennetts, Team Principal, said: “AJ’s done a fantastic job today. Because of his incident in FP2, the first time he set on new tyres was in qualifying, and that actually put him on provisional pole for a short while. He’s always been good around here so I’m not surprised he’s starting from the second row. He can go forward from there and have another great day points-wise tomorrow.”