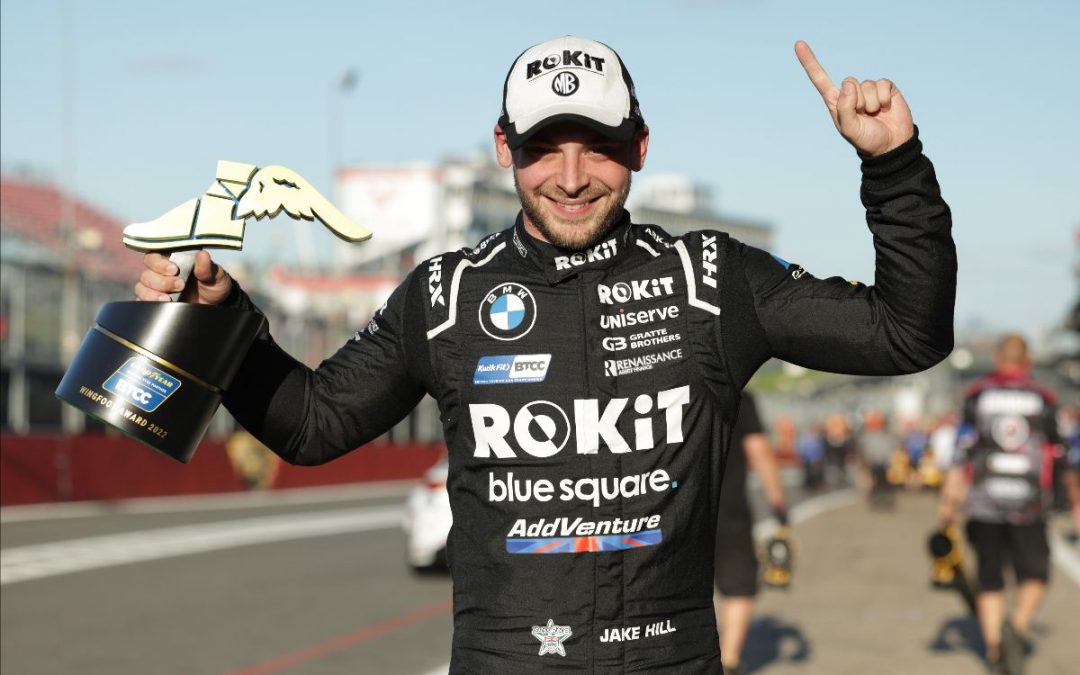 The ROKiT MB Motorsport driver put his WSR-run BMW 330e M Sport fifth on the grid ahead of Sunday’s three races, in which he will battle for the title.

Stablemate Colin Turkington – who maintains a chance of the title himself – the Northern Irishman’s Team BMW team-mate Stephen Jelley qualified on the fifth and sixth rows in what was a day full of frustration for all three drivers.

Damp track conditions in morning practice prevented any of the trio from setting a time representative of the BMW’s speed, but big improvements in FP2 appeared to leave all three cars in contention for top-five positions in qualifying.

Local hero Jake – who is just five points away from the series lead with just tomorrow’s three races to go – achieved this with fifth position – just nine hundredths of a second away from the front row.

But for Colin – fourth in the Drivers’ Standings and 27 points away from the series lead with 66 available – there was frustration.

For a second BTCC event in a row, problems with his hybrid motor meant that the four-time champion was sometimes unable to access its 30bhp of extra power – which he was entitled to do for 4.5 seconds per lap.

With this intermittent failure afflicting him at key moments of the session, he was restricted to 10th place; 0.7s away from pole position.

Leicester racer Stephen – who is attempting to seal the Teams’ title for Team BMW with Colin on Sunday – was a place further back, having set his fastest time of the session during the early stages.

All three of tomorrow’s races, during which the destiny of the title will be decided, will be screened live on ITV4 in HD.

Jake Hill (ROKiT MB Motorsport) said: “I’m very pleased to have won the Goodyear Wingfoot Award. We’ve had a fast qualifying car all year and that’s a good reward for WSR and ROKiT MB Motorsport. I’m less pleased by today’s result, but it is what it is. The gap to the front row is very close, but pole is just so far away. It’s good to be the best BMW driver today, but I probably cost myself half a tenth trying too hard. I’m still reasonably satisfied because I feel it’s one of the best laps I’ve driven all year. I’m a bit gutted because I needed to out-qualify Ash [Sutton – points leader] to have a bit of an easier time of it. But it’s British Touring Cars… It’s not supposed to be easy. And Sunday’s another day. Anything can happen, the BMW is rapid and I’ll give it everything to become champion.”

Colin Turkington (Team BMW) said: “It’s been a hugely frustrating day. We had a good balance and a quick BMW, but we’ve once again been plagued by hybrid issues, which bit us at Silverstone and have done so again today. Hybrid failed on my fast lap on both of my first two runs, so I actually did my fastest lap without it. The issue is the lack of flow in the session. I’m spending more time in the pits than I am on the track, so I’m missing being on the track when its at its best. The opportunity to start near the front was robbed from us and that’s two weekends in a row where factors totally outside our control has held us back. The only chance to move forward and try and win was to qualify on the front two rows. That opportunity’s been taken away from us. We couldn’t have done any more.”

Stephen Jelley (Team BMW) said: “I’ve matched Colin to within a couple of hundredths, so I should be pretty happy with that, but I’m not. The first run was good and the BMW felt good. We made a small set-up change to improve the front end, went back out, got the tyres into the optimum window and then one corner later I found [Tom] Chilton dropping fluid at Druids, so we had a red flag, I had to back off and come in and when I went back out the tyres had gone past their peak because I’d had to sit there in the pits. When you think you’ve done your optimum it’s hard to get back into your flow when you’ve had a red flag. There was a bit more speed in my BMW, maybe a 1m29.9, which would have been top three, but I couldn’t get to it. The balance is great though, so we’ll have a big push tomorrow.”

Dick Bennetts (Team BMW) said: “It’s been a very confusing session when you look at the relative pace of the field. Jake’s laptimes were very consistent so we know that’s probably about where we are – and there was less than a tenth between him and the front row. Colin has unfortunately suffered issues with his hybrid system for a second event in a row and that’s very frustrating. From 10th and 11th he and Stephen will have to do what they can because he, of course, has a bigger gap to make up in the championship than Jake. Tomorrow we just have to look at what’s ahead of us, try and make up whatever positions we can, finish as high as possible to try and win the Drivers’, Teams’ and Manufacturers’ titles and just hope that we don’t have a repeat of the hybrid issues we’ve had today. 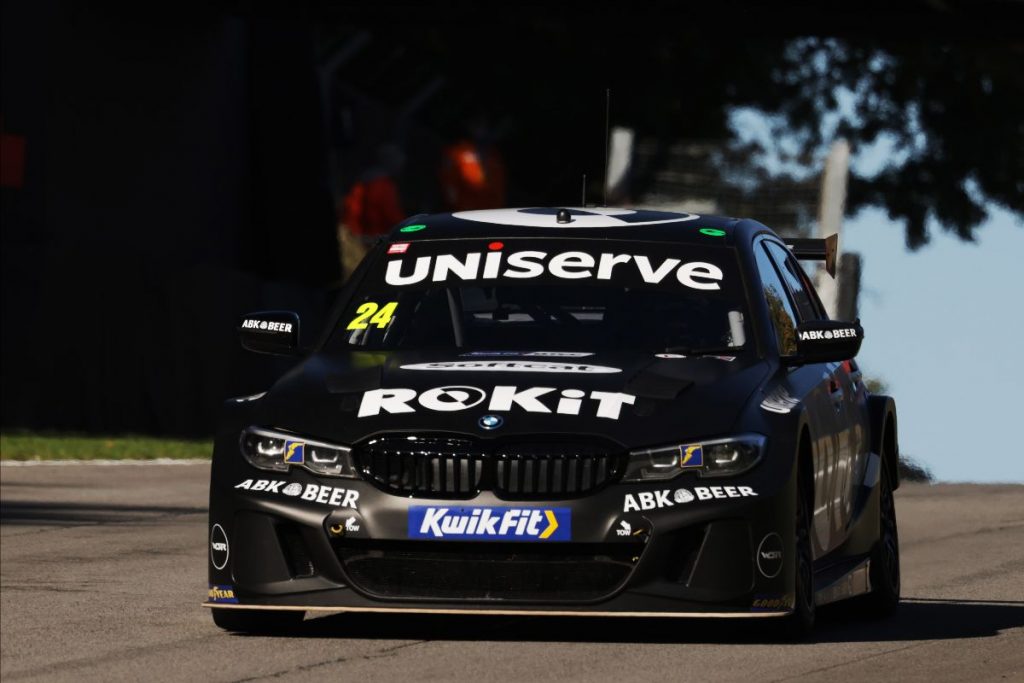 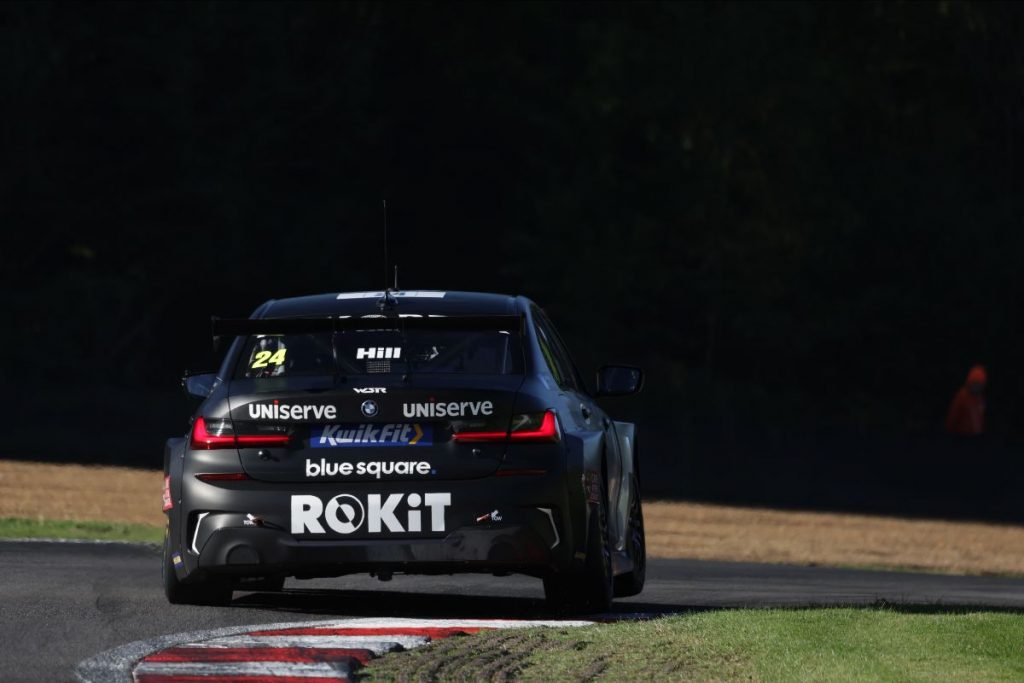 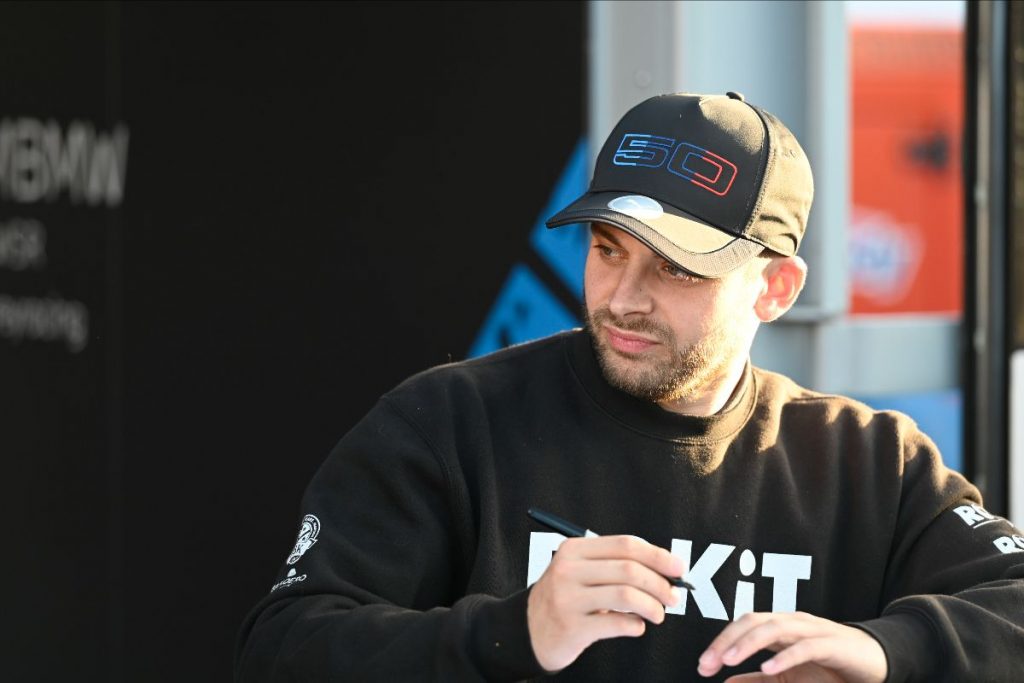 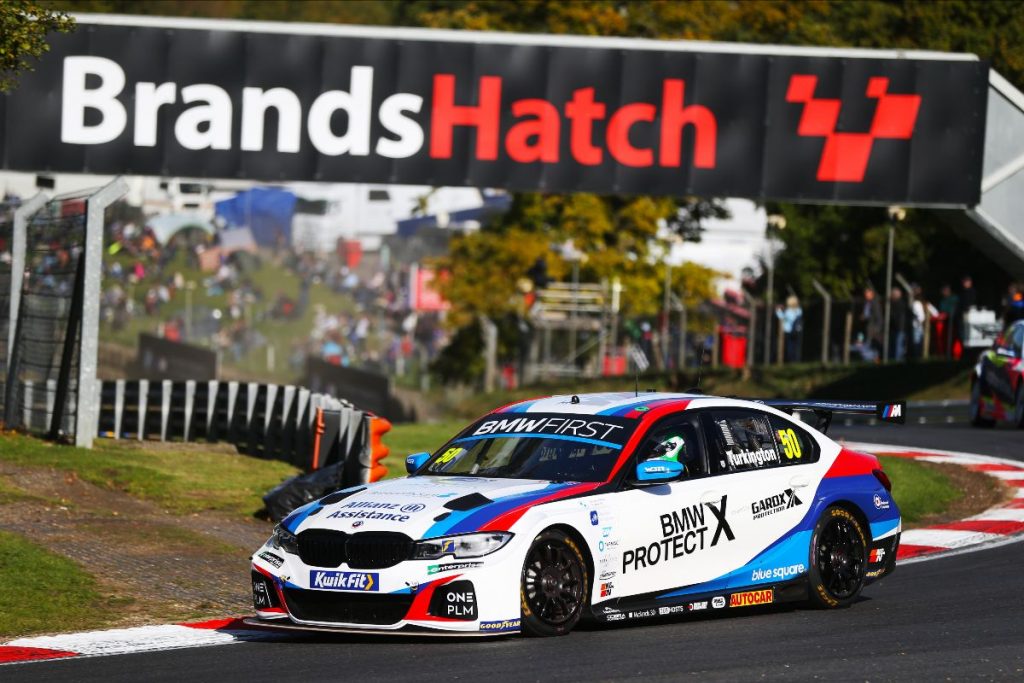 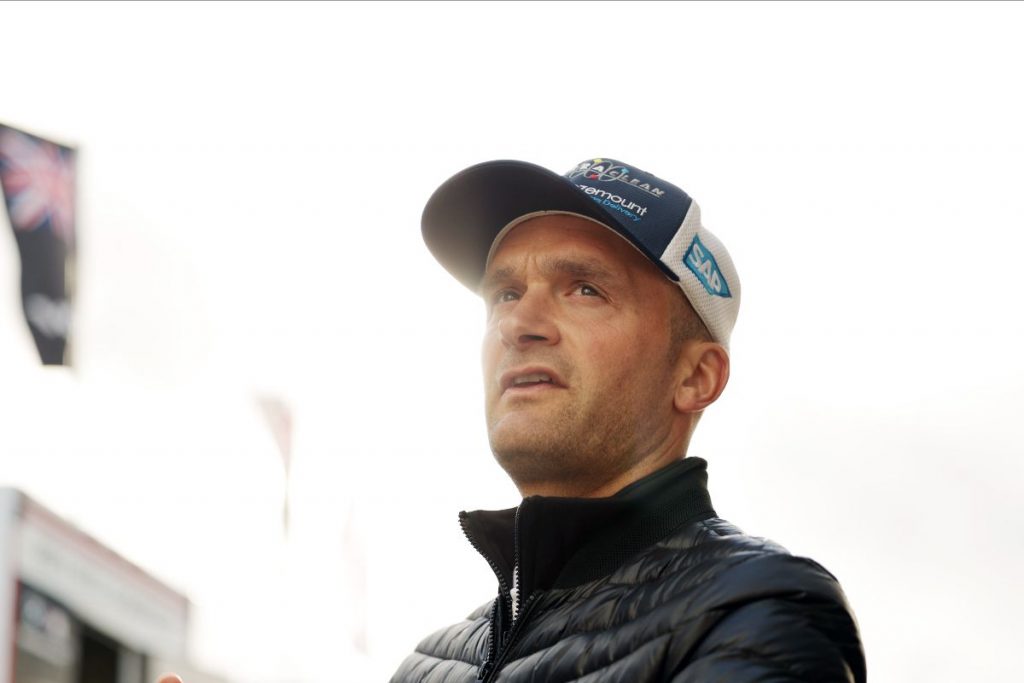 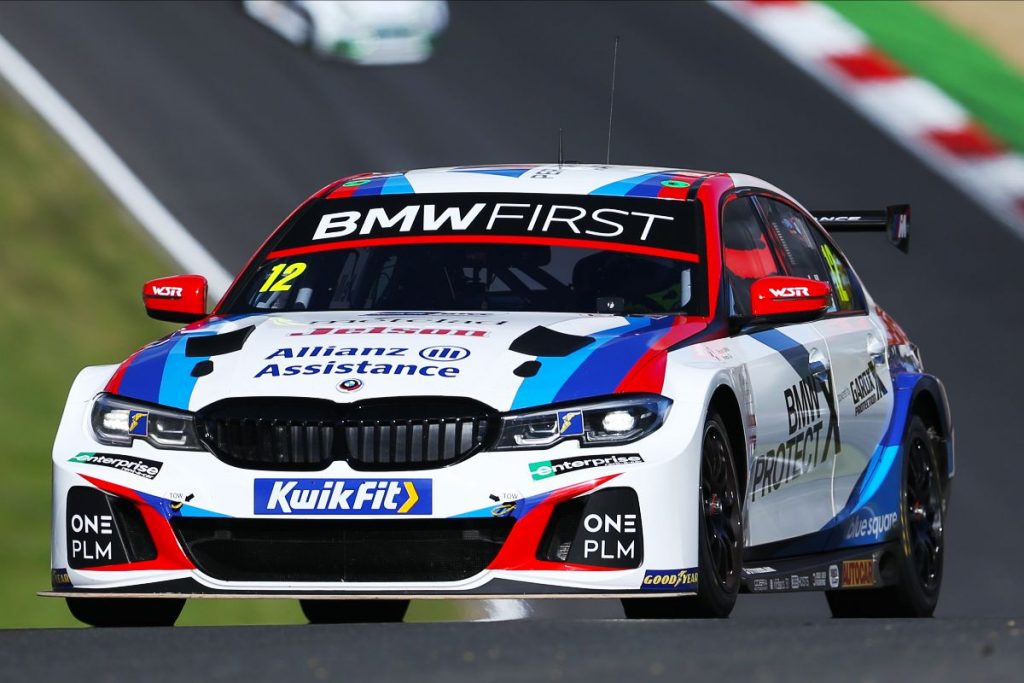