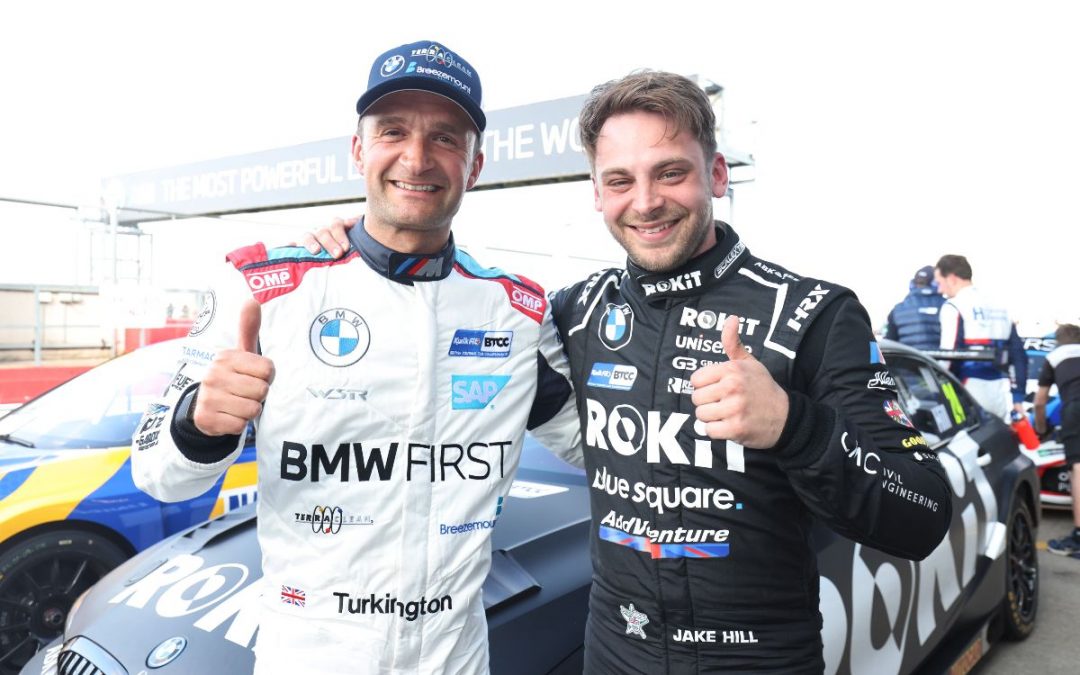 ROKiT MB Motorsport driver Jake and Team BMW’s four-time champion Colin were separated by just 0.018 seconds in one of the closest sessions in recent years; the pair constantly shaving hundredths off their laptimes as the 30-minute session wore on.

With just 0.063s separating the top-four qualifiers, those improvements were necessary and showed the consistency of performance afforded by the BMW 3 Series at the East Midlands venue.

Both Kent ace Jake – who is making his WSR debut this weekend – and Northern Irishman Colin are aiming to continue the BMW 3 Series’ record of winning in every year it’s competed at Donington since its series debut in 2019.

Home hero Stephen Jelley, aboard the second Team BMW 3 Series, was a strong contender through the day, setting the fifth-fastest time in FP2 and converting that into his best Donington qualifying performance since 2009.

Due to the closeness of the contenders at the front of the field, his lap that was just two tenths of a second from pole put him seventh on the grid; his pace affected by slight contact with the tyre stack at the chicane during the session.

The Leicester racer is confident of moving forwards in tomorrow’s three races, all of which will be shown live on ITV4 from 1050.

Jake Hill said: “This is such a massive weight off my shoulders. I certainly had a plan to score my first pole this season, but to do it in my first event with WSR – a team with such a history of success in motorsport – is pretty amazing. My engineer Craig and the whole WSR team have given me a very well-sorted BMW and both Colin and I were able to do a lot of consistent laps. Tomorrow of course the aim is to turn the pole into a win and having Colin alongside me is quite a relief, not only because he’s my team-mate, but also because he’s a driver who you know you can race hard and fair. I can’t wait for tomorrow.”

Colin Turkington said: “It’s pretty much a dream start to the season for us as a team. To have three cars in the top seven and obviously an all-WSR BMW front row is fantastic. This exactly what we were aiming for. The BTCC is always extremely close, but for the first qualifying session of the hybrid era to be quite this close was a little unexpected. The BMW feels really good so tomorrow there’s definitely a chance to score some some very good points. We haven’t yet worked out the ideal combination of where to use hybrid, and actually you might find that in races that’s dictated by who you’re racing and where the chances are to overtake. It’s going to be really interesting to see the different strategies.”

Stephen Jelley said: “To be only two tenths from pole at my home track feels pretty good, but I know there was more speed. I biffed the tyre stack at the chicane and I felt the tracking was maybe a bit out of line after that. I didn’t expect the top five to be so close together on times, so I thought two tenths would have had me higher up than seventh, but the BMW feels good and we can definitely have some competitive results tomorrow. I’m really pleased for Jake and to see him get that first pole and I hope he, Colin and myself can all be on the podium on Sunday.”

Dick Bennetts, Team Principal, said: “I’m very pleased with today’s result and a little relieved too as we had a minor technical issue on Jake’s car after practice that was unrelated to BMW, which didn’t cause any problems in qualifying. For Jake to take pole for his first race with us is a great achievement for him and certainly the last one-two in qualifying was quite a while ago. We definitely have a lot of work to do overnight to make sure everything is ready for the Sunday. The first event for hybrid was always likely to throw up some challenges and uncertainties, so we’ll to what we can to make sure we’re not affected.” 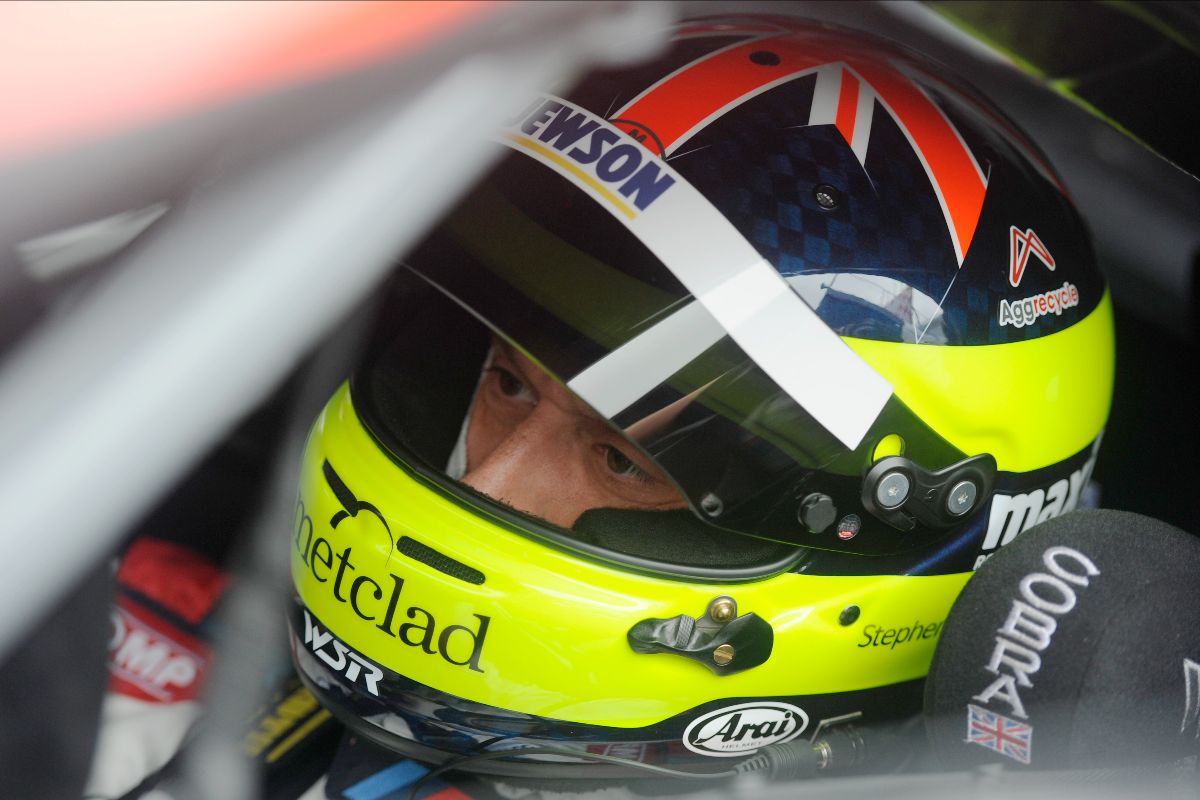 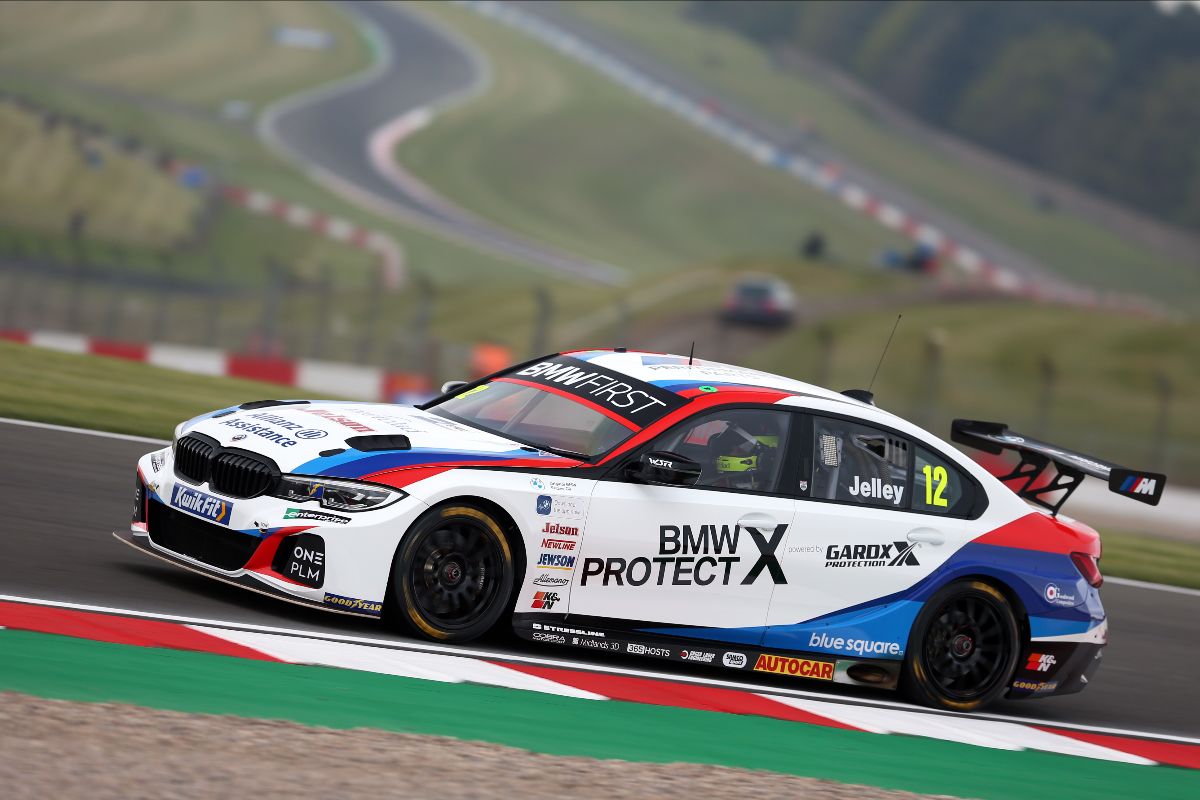 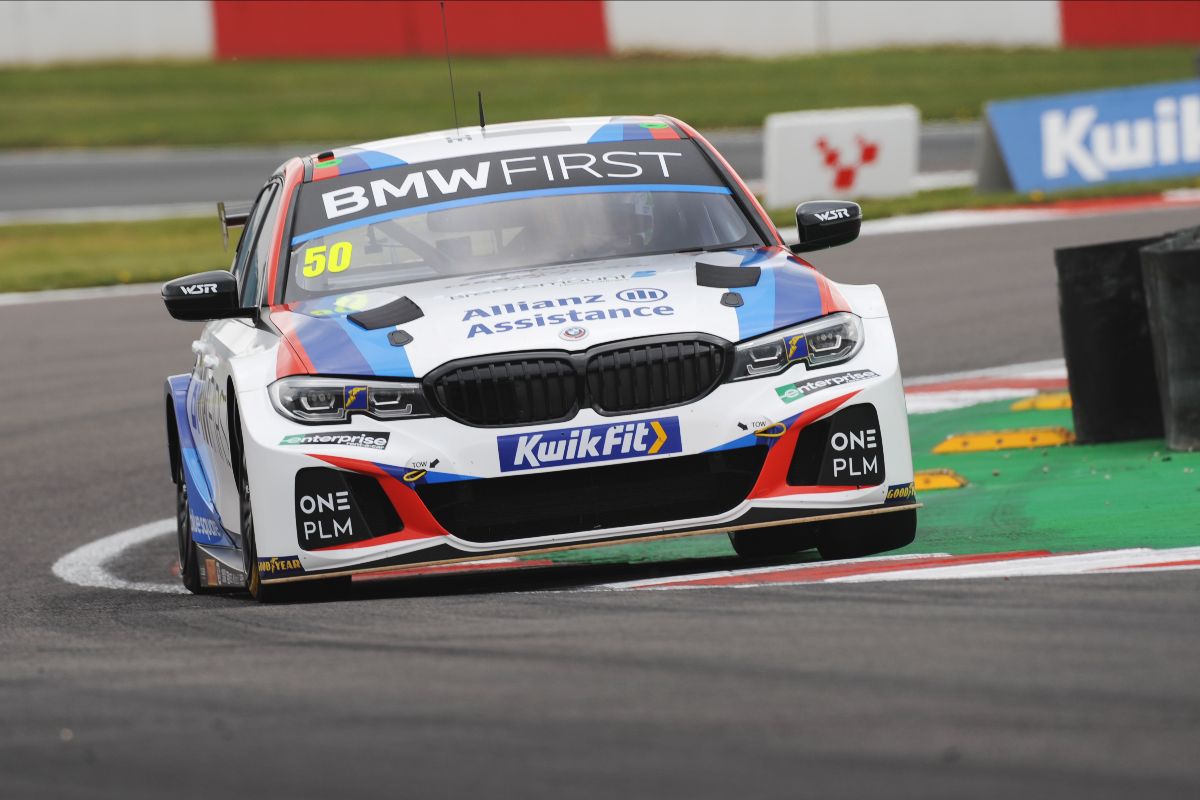 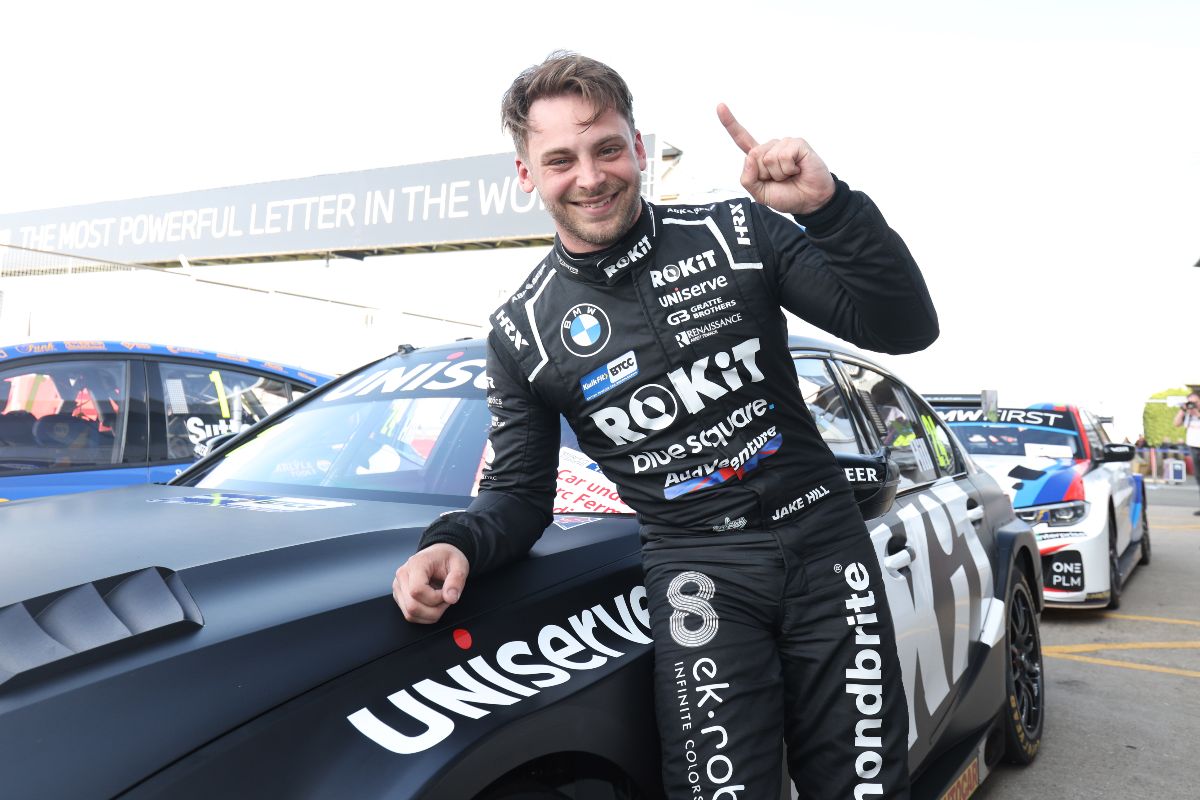 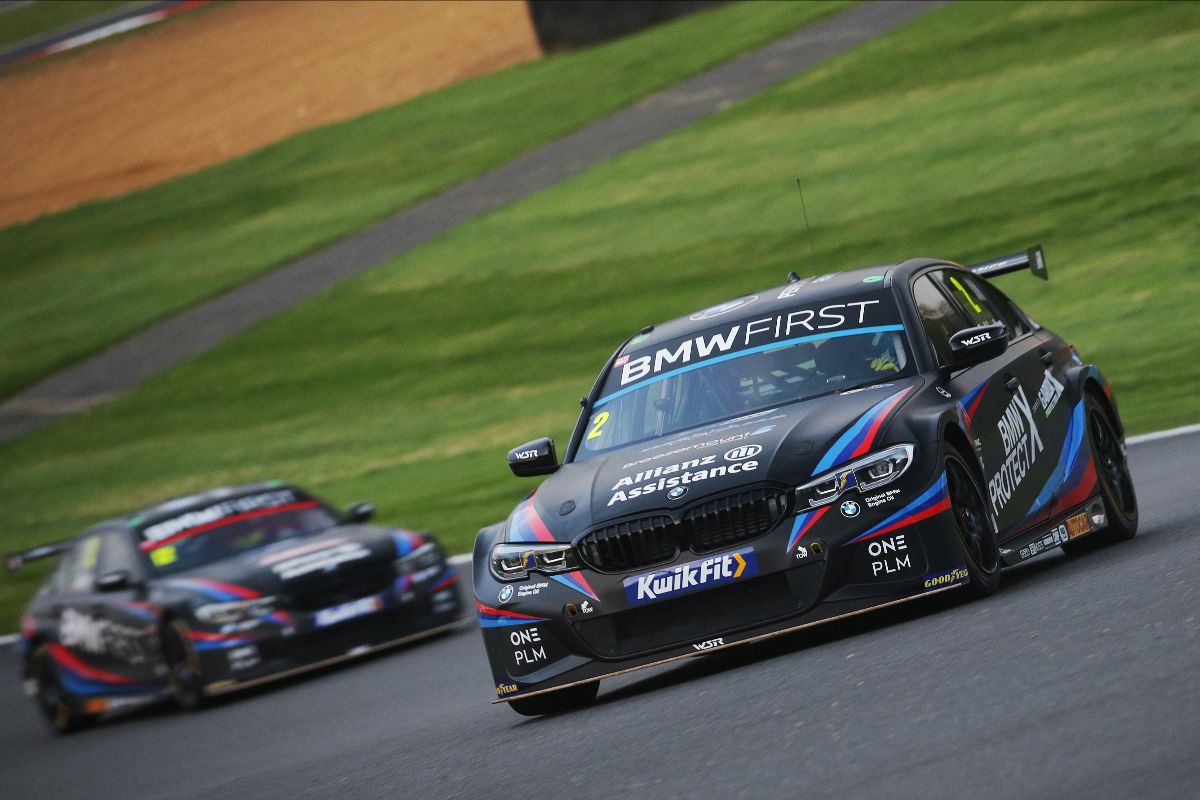