High-speed chase next up at Thruxton for BMW and WSR 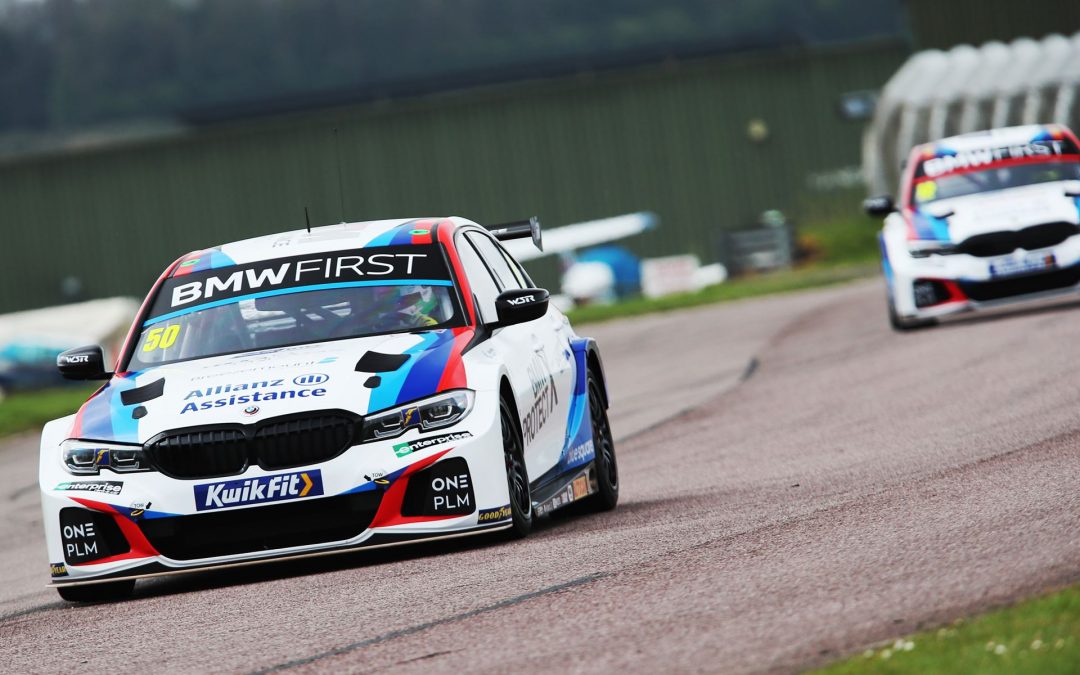 BMW and WSR continue their quest for the British Touring Car Championship as the series moves on to Hampshire and its fastest circuit, Thruxton, this weekend.

With a pole position and a race win apiece, Team BMW and ROKiT MB Motorsport have proven the performance of the BMW 330e M Sport through the first two rounds of the 2022 season, but have been denied even more success by circumstance.

A rain-affected raceday at Brands Hatch played into the hands of the front-wheel-drive cars and prevented Colin Turkington and Jake Hill from showcasing the speed that had helped WSR-run BMWs to a lock-out of the top three positions in qualifying.

Despite this, four-time series champion Colin still won the final race of the weekend and arrives at Thruxton with the joint-fourth highest-points total in the Drivers’ Championship while BMW climbed to second in the Manufacturers’ Standings – just one point away from the lead.

Four victories at the track for the Northern Irishman – including an 11-second success in 2006 with WSR that ranks among the largest winning margins in the past 30 years of the BTCC – give a strong foundation for success this weekend.

However, with the large kerbs, high-speed sweeps and ultra-hard tyres benefitting the front-wheel-drive cars more than the rear-wheel-drive cars, he will have to fight extra-hard for every point on offer.

Stephen Jelley made his WSR comeback at last year’s BTCC season-opener following 12 years away from the team; a pre-cursor to a season that netted a pair of podium finishes.

The Leicester racer qualified third on the grid last time out at Brands Hatch – less than 0.2s away from pole position – and is aiming to turn his impressive early-season pace into solid points this weekend after experiencing some poor luck on the track.

New recruit Jake Hill has made an excellent start to his WSR career, scoring pole position and a win first-time out at Donington Park for ROKiT MB Motorsport.

Jake, from Tunbridge Wells, is fourth in the standings with the equal-best points total of any WSR driver and is subject to the same hybrid restrictions as Colin by virtue of this.

He finished on the podium in four of the six races held at Thruxton last year – including a treble on the BTCC’s weather-affected first visit of the season to Hampshire in May.

This weekend’s event is the third of 10 in the 2022 BTCC, which visits eight venues the length and breadth of the UK. All of the Thruxton races will be broadcast live on ITV4 from 1100 on Sunday.

In place of success ballast, the top 10 drivers in the championship points will have their hybrid use reduced on a sliding scale of 1.5 seconds per lap, from 10th down to first.

At Thruxton Jake and Colin will have 4.5 seconds of hybrid available on each qualifying lap as they are tied on points in fourth and fifth places in the standings. Stephen will have the full allocation of 15s.

Rather than reducing the amount of hybrid energy available to each driver, the races will instead feature a decreased number of laps on which the top drivers can use it; that specific number being determined by championship positions.

The current points leader will not be able to use hybrid power for 10 of the scheduled 16 laps in Race One at Thruxton while the second-place driver will have to withstand nine laps without it. Jake and Colin will be without it for seven laps each while Stephen will be allowed the full allocation.

Colin Turkington said: “I’ve had some fantastic results and shown really good pace so far, despite not having the rub of the green. I’ve been working harder than ever on my own performance, and the BMW feels like a step forward from last year. We really showed this at Brands Hatch – I’ve never had a pole around the Indy circuit before and our Race-Three pace in the wet was unmatched. This all adds up to building confidence in decision making and a confident energy in the team, so we head to Thruxton with a positive spring in our step. The competition is so close and every margin over the others is more crucial than ever. I’m hopeful we can settle into this momentum and keep pushing hard through to the summer break. It will be interesting to see how much the extra power from the hybrid system impacts performance and where is best to use it. This circuit is already the highest-speed venue we visit, so there will be more options to deploy than at Brands Hatch. I’ll only have 4.5 seconds in qualifying, so will need to make that count.”

Stephen Jelley said: “We tested at Thruxton pre-season and it was the most positive running we’ve ever had there, which bodes well for me because I want a solid race weekend to reset my season. I want to get to the chequered flag in points-scoring positions. I don’t want to put too much pressure on myself, because at the first two race meetings I knew we had a chance of fighting for pole and victory, and nothing happened. It will be tough against the top front-wheel-drive cars at Thruxton because they can generate a lot of front-end grip in qualifying and the tyre’s so hard it simply doesn’t degrade, removing one of our advantages. But having developed the BMW over the last few years, we’re as good as we’ve ever been. Hopefully, if it’s hot, then tyre degradation might become a thing, so we really do want it to be as smokey- hot as possible.”

Jake Hill said: “We’ve had a good start to the year and we’re all working hard to keep that going. I really enjoy Thruxton as you’re truly on the limit for every corner of every lap. It’s really fast and it’s a great circuit for the fans as well. I’m looking forward to getting out there – we were strong when we were here for the season launch so hopefully we can replicate that form this weekend.”

Dick Bennetts, Team Principal, said: “It’s been an up-and-down start to 2022. We’re the only team to have won at each of the first two events and the only team to have had two winning drivers so far, but if we hadn’t had the rain at Brands Hatch, I’m quite confident we could be leading the championship now. That’s a big credit to the team here, who have done a great job at evolving the BMW to incorporate the BTCC’s hybrid technology over the closed season. We’re very keen to put on a strong showing at BMW UK’s home circuit, but while the excellent balance and handling of the 3 Series is a real asset around the high-speed sweeps, the fact that we have to use the hardest tyre here is something that usually plays more towards the strengths of the front-wheel-drive cars and means we have to be quite creative with our set-up and strategy to try to fight our way to the front.” 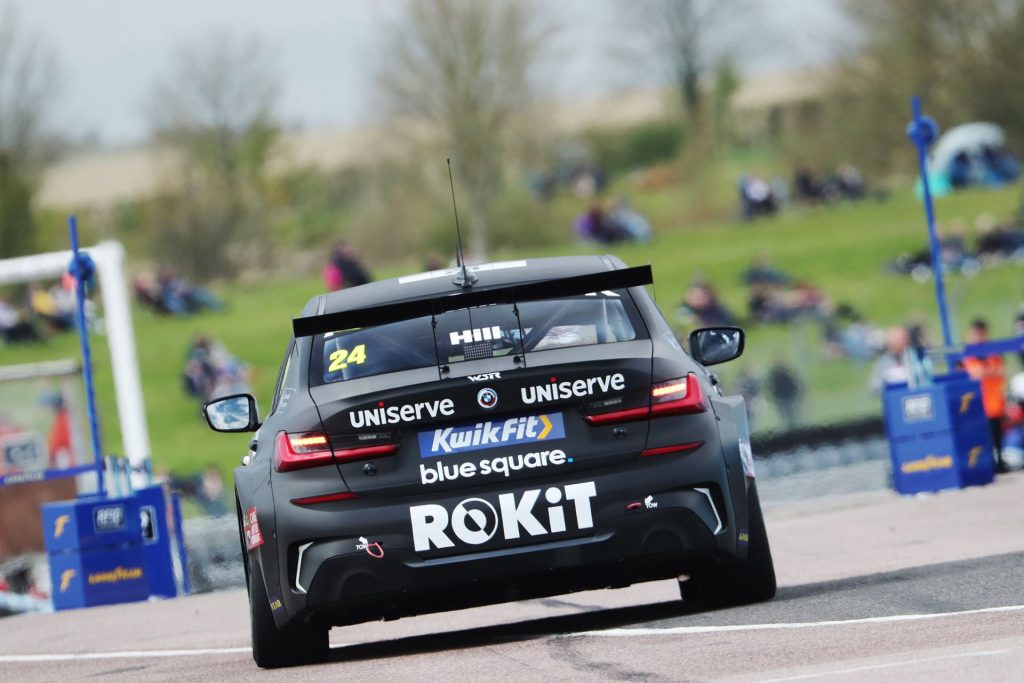 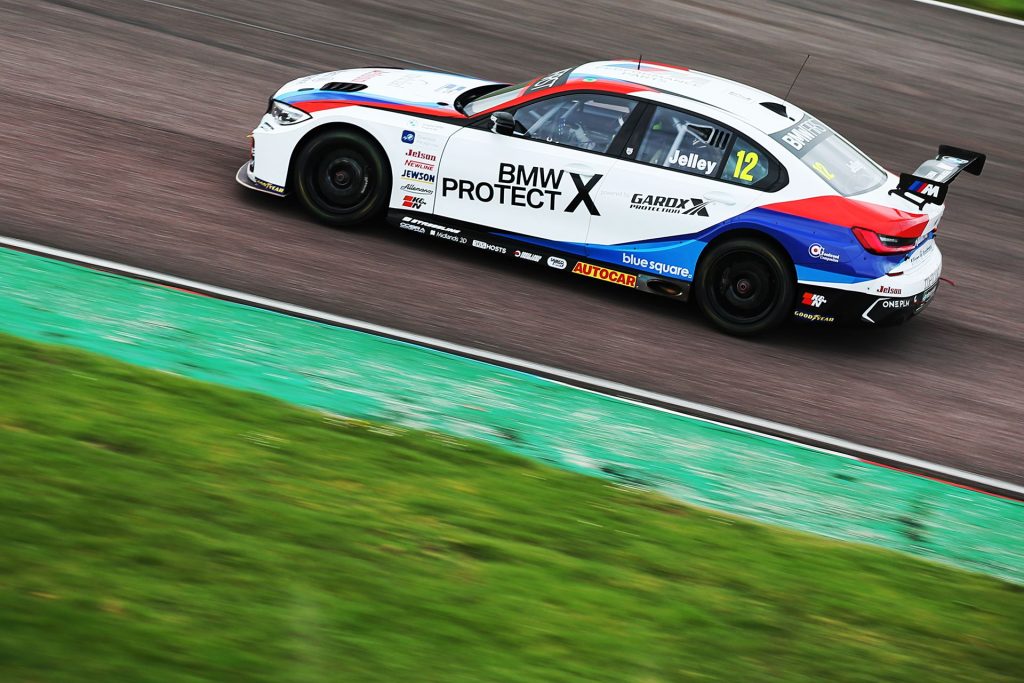