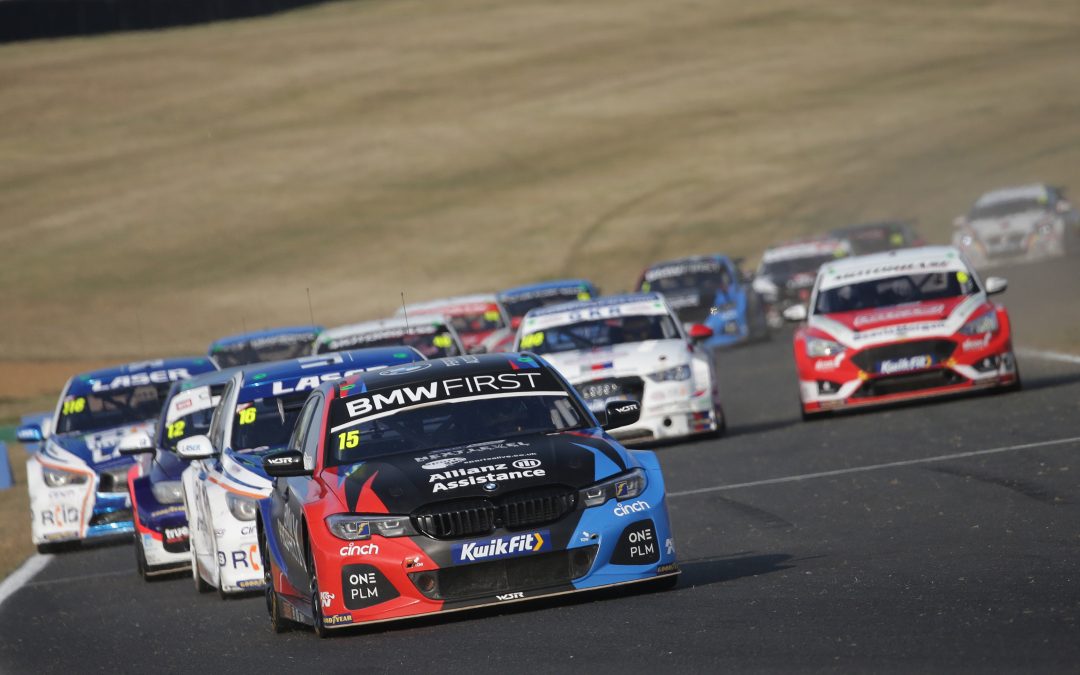 Colin Turkington and Tom Oliphant are first and third in the Drivers’ Championship with two of nine events completed while Team BMW head the Teams’ points and BMW lead the Manufacturers’ standings.

Four-time champion Colin made his BTCC debut at Oulton Park in 2002 and was a double-winner at the spectacular Cheshire parkland circuit last year; the Northern Irishman citing his pole-position lap as the greatest qualifying performance of his career.

Two wins and two further podiums in his WSR-run BMW 330i M Sport in 2020 have taken the 38-year-old to the top of the points table yet again, though this means he carries the maximum 60kg success ballast into the weekend, making his car the heaviest on the grid.

That landmark result means the 29-year-old, who grew up just four miles away from Oulton Park, arrives at his local circuit higher than he’s ever been in the points table.

His 70 points is more than twice the amount he had at this stage last season and his third place in the standings means he carries 48kg success ballast into the weekend.

The Leamington Spa-based racer scored 40 points at Oulton Park last year – still his highest career weekend total – and secured what was, at the time, his best career finish with second place in Race Three.

Oulton Park hosts the third round of the 2020 BTCC, which features live coverage of every race on ITV4 in HD and online via the ITV Hub, with highlights shown across the ITV network subsequently.

Colin Turkington said: “Oulton Park is always near the top of my list when I’m asked about my favourite circuit. It has some of the fastest and most challenging corners in the UK – like Cascades and Druids, where you need to be brave – but also some technical sections where you need precision. It’s been favourable for the rear-wheel-drive BMW in the past; the slow-speed sections really suiting our car, and last year it all came together for us. This weekend, I want us to enjoy more races like we had at Brands Hatch. Race Two was one of my best. The car was absolutely perfect and responded exactly as I wanted it. Give me that car and I can drive it like that all day long. We will keep pushing though as we won’t stay ahead of our opponents if we don’t continue to build on this momentum.”

Tom Oliphant said: “To get my first BTCC win at Brands Hatch was incredible; I’m still on a high from it now! I only grew up a couple of miles from Oulton Park so I definitely consider it my home circuit, and to come here as the newest race winner and third in the points feels awesome. Having 48kg success ballast in practice and qualifying is new for me, but we’ve done most of our testing with ballast to prepare for this, so it won’t be totally alien. As a team we’ve worked so hard to get into this position, the BMW’s as fast as any other and very reliable, and none of us want to let this go now. I think it’s going to be an interesting weekend.”

Dick Bennetts, Team Principal, said: “The start of the season has gone very well for us. We’ve worked extremely hard to maintain the reliability record of the BMW 3 Series and improve the performance. The results speak for themselves as we’ve picked up extra points while some others haven’t finished races. Oulton Park has been a good circuit for WSR and BMW in the past as we can maximise the benefits of rear-wheel-drive where there’s a slow corner followed by an uphill exit. We’ve been strong in the hot conditions at Donington and Brands Hatch, but if it rains, it can blow the weekend wide open. The best we can do is prepare for every eventuality and be prepared to think on our feet if the need arises during the weekend.”

2019 – Colin Turkington produces the lap of his life to take pole position in the BMW 330i M Sport with maximum success ballast. He wins twice on raceday. 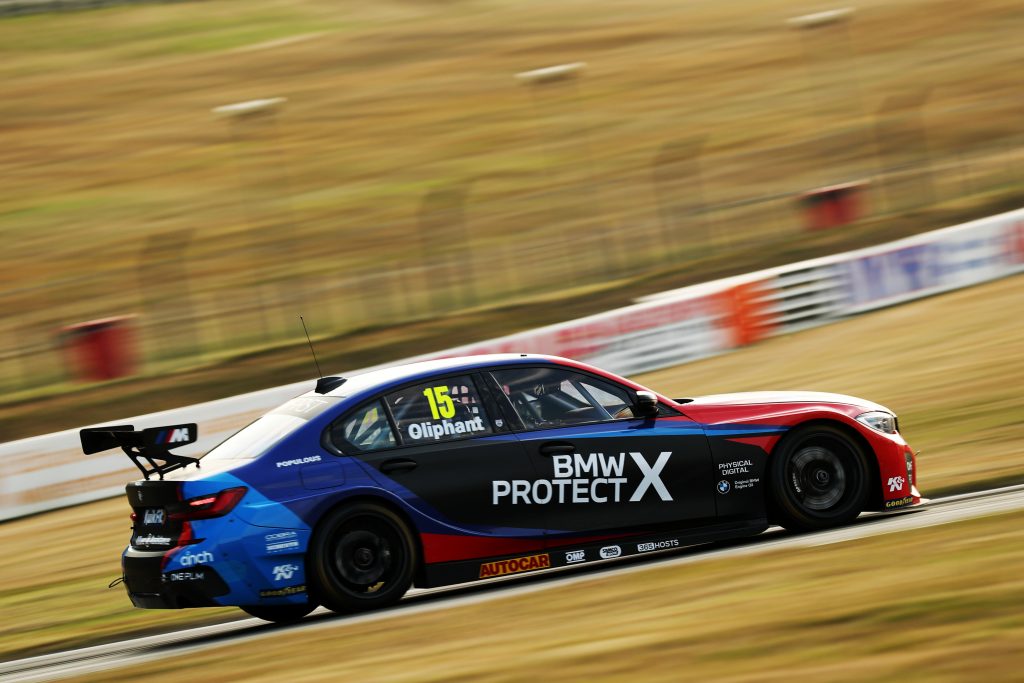 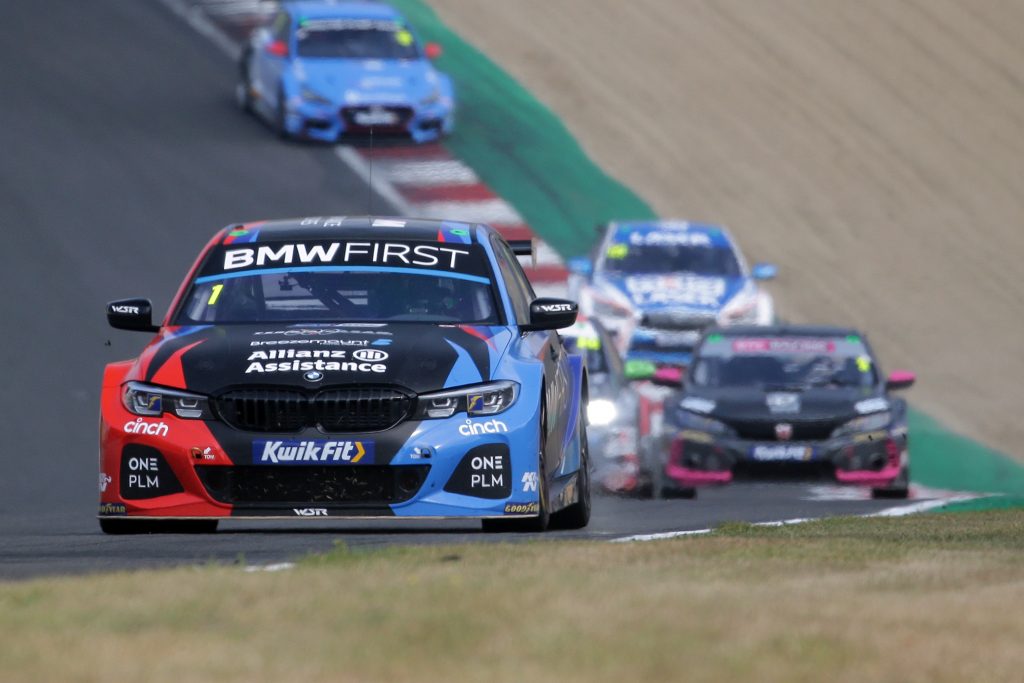