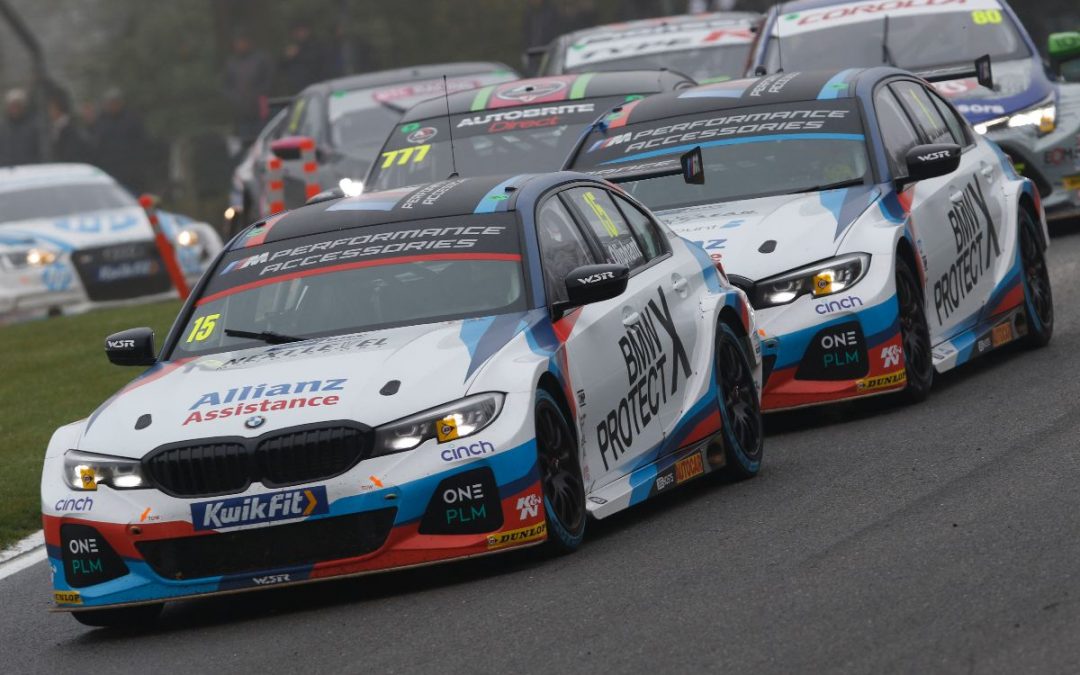 Team BMW continue their challenge for the British Touring Car Championship at the demanding Donington Park circuit this weekend.

The WSR-run team pushed BMW into a joint-lead in the Manufacturers’ Championship on the debut of the new 330i M Sport at Brands Hatch earlier this month, despite a challenging weekend affected by the weather.

Reigning champion Colin Turkington, who is aiming for a record-equalling fourth BTCC crown this year, qualified the BMW an excellent third at Brands Hatch and scored a best finish of fifth in Race Three.

The Northern Irishman lies 13th in the Drivers’ points and is working hard to get the new 3 Series more in-tune with his driving style, but arrives at Donington with the advantage of no success ballast and as a four-time winner at the East Midlands venue.

New team-mate Tom Oliphant enjoyed an excellent Team BMW debut at Brands Hatch as the 28-year-old from Leamington Spa scored his best qualifying and race results to date with fifth and sixth.

Donington was the scene of his first top-10 finish in the BTCC, which came last year in just his second weekend in the series.

This weekend’s triple-header is the second of 10 events in the BTCC, which takes in eight circuits the length and breadth of the country. Each race will be screened live and exclusively on ITV4 in HD.

Colin Turkington said: “I feel we took a good step forward at the Thruxton test last week, with the focus of making the BMW more suited to my driving style. We’re definitely moving in the right direction and I go to Donington with more confidence and a stronger base set-up than I had at Brands Hatch. I didn’t feel at one with the new car over that weekend, which made it difficult to attack, but in qualifying and Race Three, the pace was clear to see. Andrew proved what the 3 Series is capable of by winning Race Two, and despite Donington not being one of our strongest tracks in recent times, I think the circuit will play to the strengths of the 3 Series’ excellent aerodynamics.”

Tom Oliphant said: “I was pleased with the speed we were able to show with the 3 Series at Brands Hatch. Starting with a new car and a new engineer, we had a lot to deal with, but the pace in qualifying, and in the only race where we had consistent track conditions, gives me a lot of confidence for the rest of the season. We covered a lot of ground at the Thruxton test last week and this was crucially important because the BMW 3 Series is still so early in its development. Last year at Donington I qualified and finished inside the top 10 for the first time and I’ve won there in rear-wheel-drive cars earlier in my career, so I’ll be pushing for the front row come qualifying.”

Dick Bennetts, Team Principal, said: “Considering how little mileage we’d had before Brands Hatch, the speed of the new BMW was extremely promising; we just suffered a bit with the way the weather fell on raceday. The test at Thruxton last week helped us to fine-tune a few things and we should be able to take another step forward at Donington. It’s traditionally favoured front-wheel-drive cars, but the past few seasons have worked out okay for us with some wins and podiums. Neither Colin, nor Tom, carry success ballast into the event either, so we’re definitely aiming for good points. I guess a lot will depend on the weather again.” 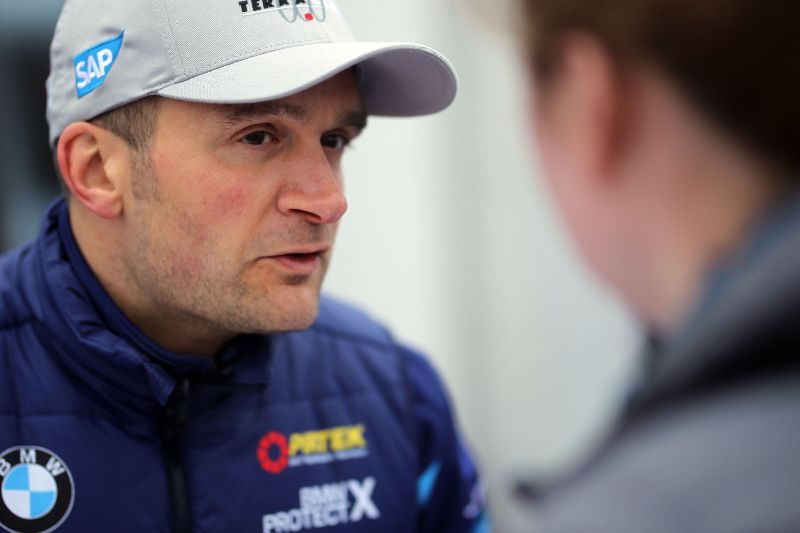 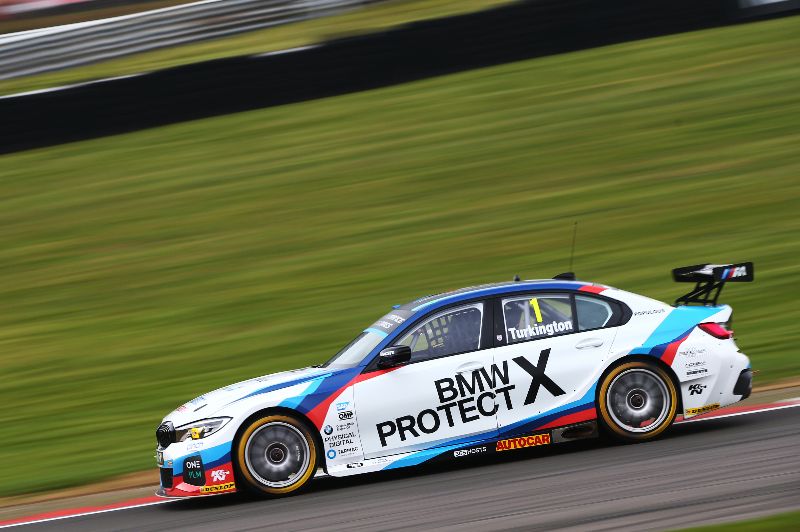 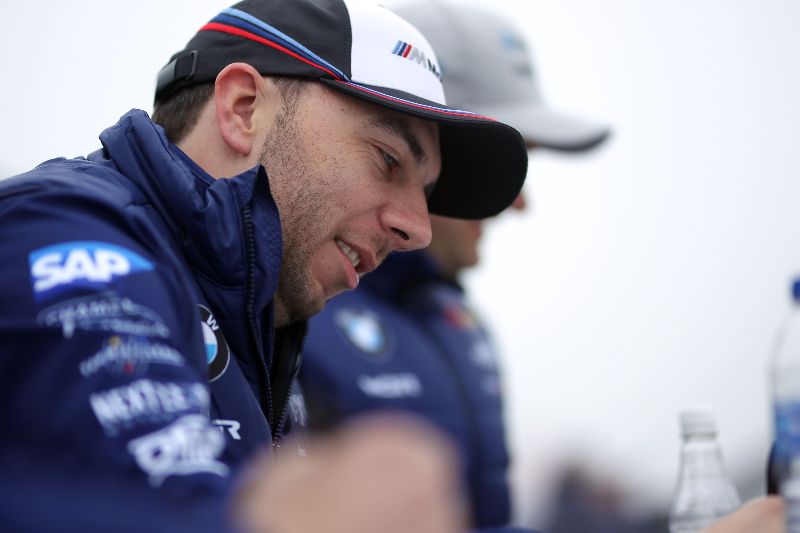 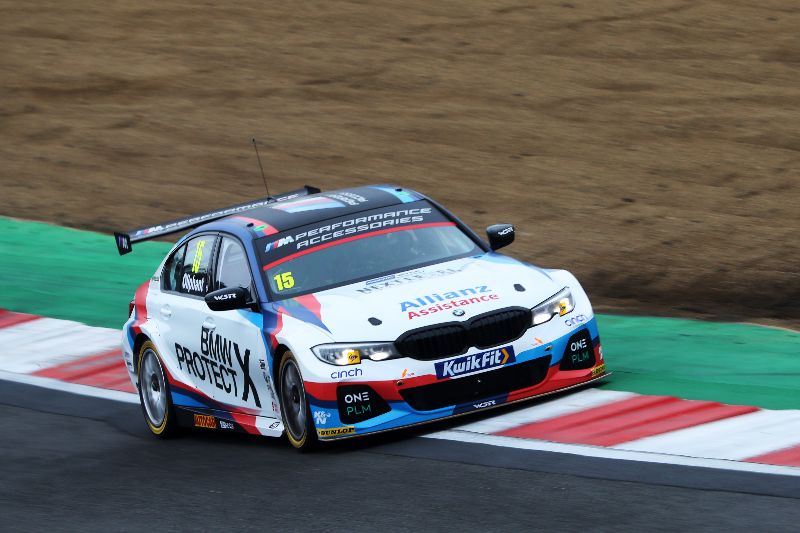