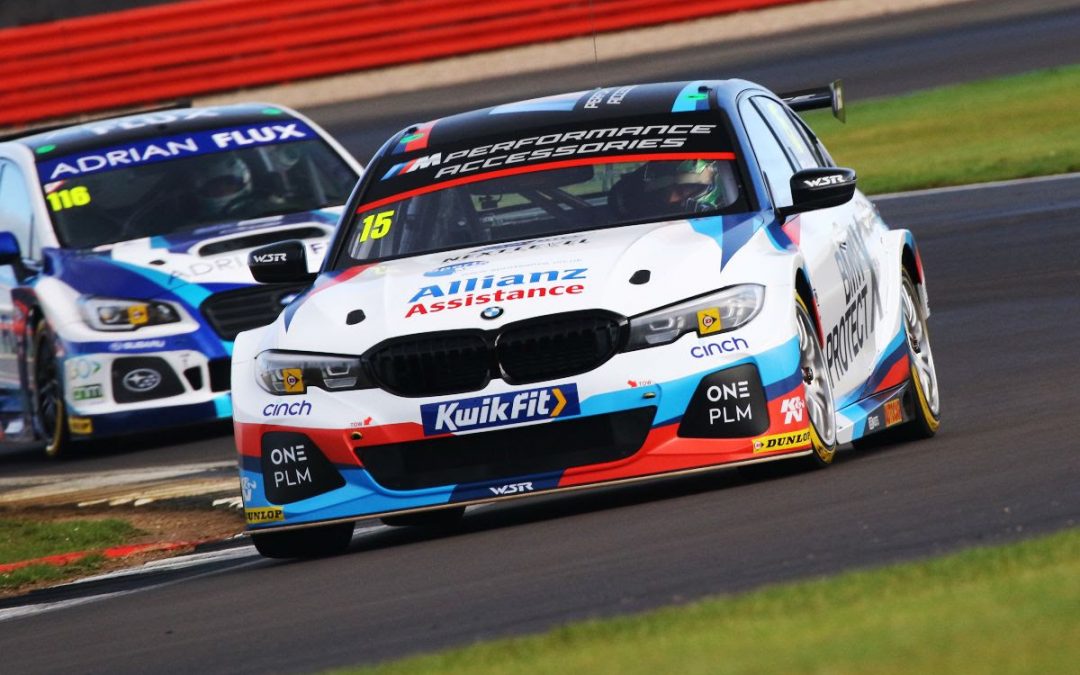 Tom Oliphant equalled the best qualifying performance of his British Touring Car Championship career as he and Colin Turkington filled the third row of the grid at Silverstone for Team BMW.

Working together throughout the 30-minute session, Tom and Colin focused on towing each other around the 1.6-mile National Circuit, at which a good slipstream can increase top speeds and improve laptimes significantly

Leamington Spa-based Tom set a strong pace early on and then focused on ensuring his championship-leading team-mate, who was weighed down with the maximum 54kg on his WSR-run BMW 330i M Sport, was close enough to gain an advantage.

Fifth place – just 0.266 seconds away from pole position – was the result for Tom on a day when one second covered the top 28 cars.

Colin, who is aiming for a record-equalling fourth BTCC crown this year, and who leads the championship by 10 points with six races left, worked through both practice sessions to find a balance he was comfortable with.

Come qualifying, he positioned his car well and gradually improved his laptimes as the session went on.

With six minutes remaining, he set his best time of the session, which put him sixth; ahead of all his title rivals and behind only cars carrying little or no success ballast.

Tomorrow’s three races will be screened live on ITV4 in HD, starting at 1200.

Colin Turkington said: “We’ve got everything we possibly could out of the car today, and to out-qualify both of my main rivals is a big positive. I haven’t been completely comfortable with the car today, but we’ve worked at making it better and in qualifying Tom gave me a good tow that I was able to take advantage of. You can feel the weight in the car and when the field is so closely-matched, that makes a big difference. I think the BMW will be very fast tomorrow with the weight off, but I need to bank solid points in Race One first.”

Tom Oliphant said: “Fifth is a strong result and equals my best qualifying performance in the BTCC. I set a good time early on and then matched it later on, even though my tyres had quite a lot of laps on them, so that’s all positive. I’m confident that the BMW is fast enough to give me a podium or better tomorrow in the dry. If it rains, as we expect it to, things become a lottery because nobody’s driven this newly-resurfaced track in the wet. Tomorrow could be very interesting.”

Dick Bennetts, Team Principal, said: “It’s a very good result for Colin today; fastest of the title contenders, despite not being totally comfortable with the BMW, and carrying the maximum success ballast. Every car ahead of him has little or no ballast. The times were so close in practice that it was obvious whoever got the best slipstream was going to be at the front of the field. Tom did a great job for the team and clearly has a lot of speed, which is great news for tomorrow if it stays dry – not that we’re expecting it to.” 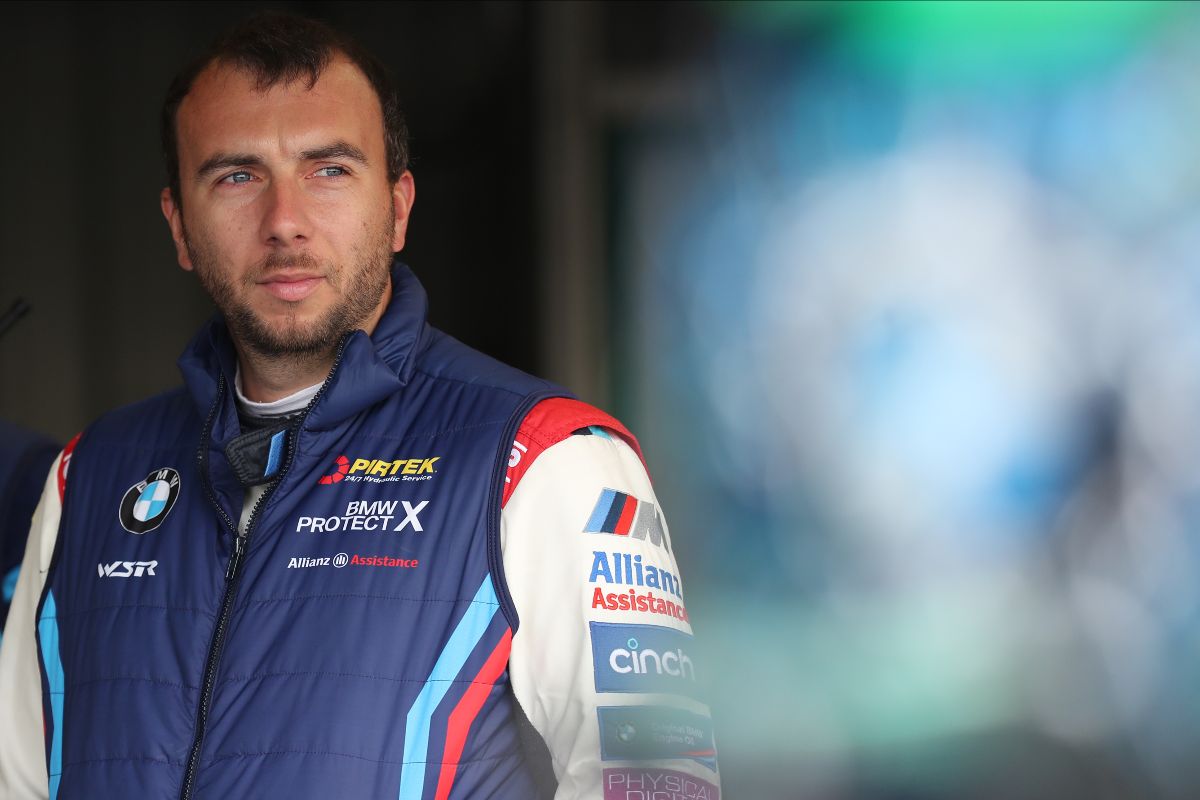 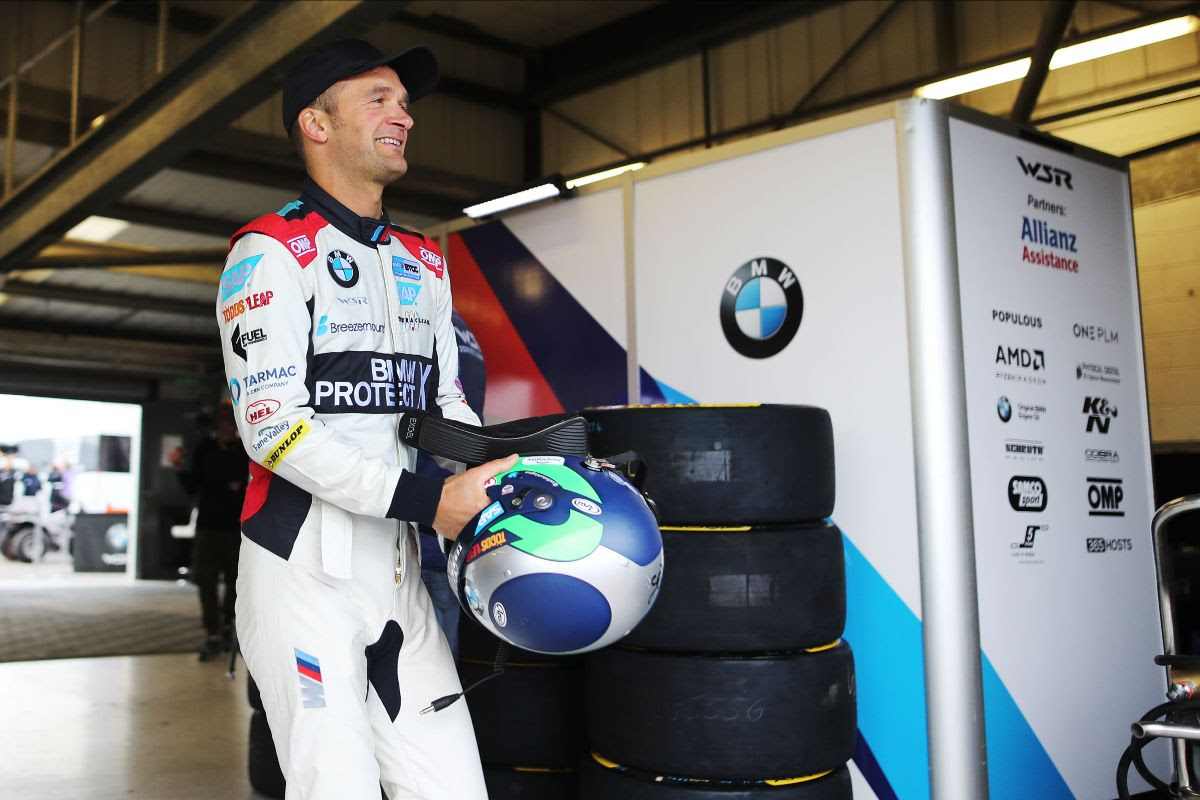 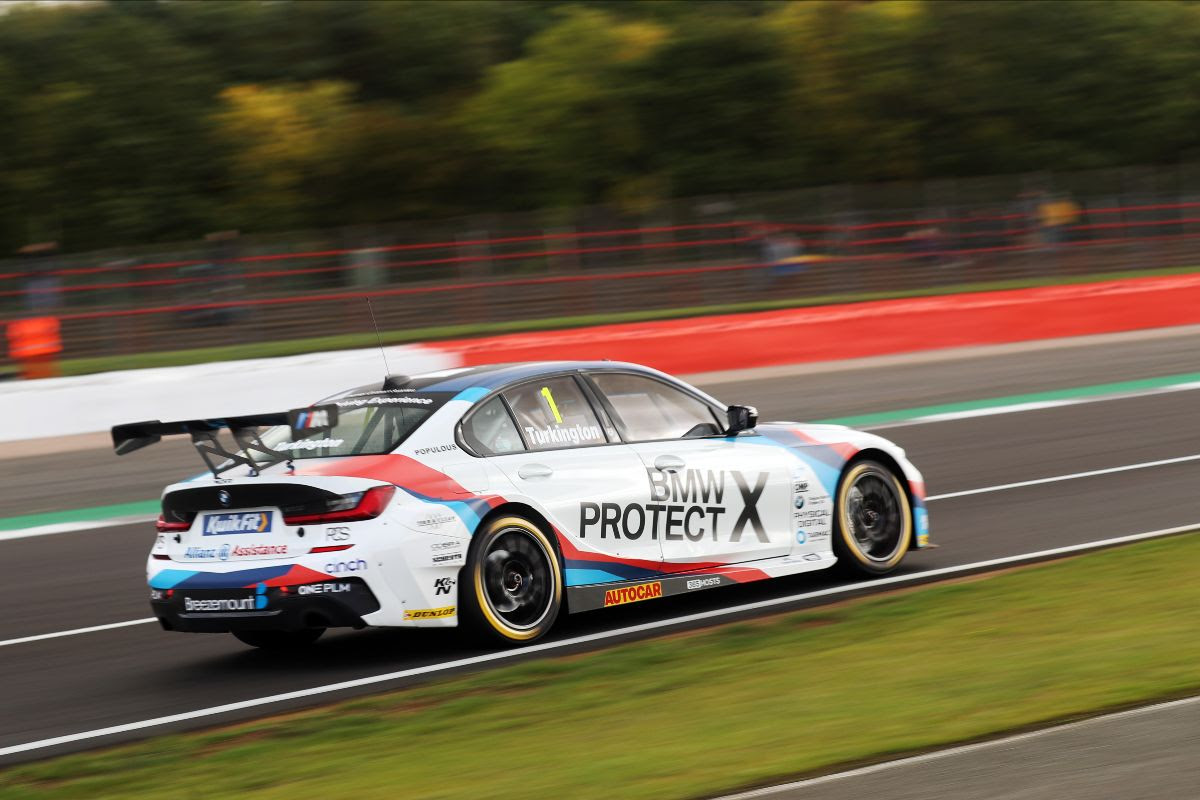