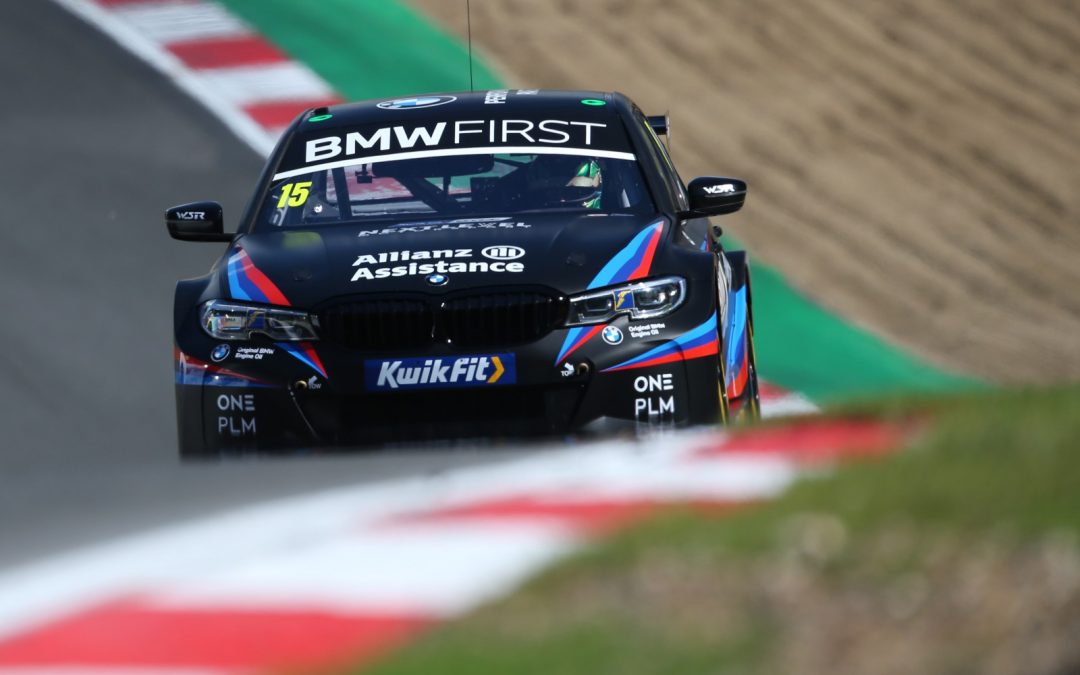 Team BMW driver Tom Oliphant converted his practice pace into a second-row start for round seven of the British Touring Car Championship at Brands Hatch, Kent, matching the best qualifying position of his 83-race career.

Having been second-fastest in the morning practice session in his WSR-run BMW 330i M Sport and seventh in the afternoon, Tom was optimistic ahead of qualifying.

The Leamington Spa-based racer set the fastest time through the second sector and held second place for most of the session, but was unable to find the final tenth to take pole position.

In the final minutes of the session, with others improving and track conditions moving away from the rear-wheel-drive BMW, he had to content himself with fourth place on the grid.

Team-mates Stephen Jelley and Colin Turkington were both left disappointed with their overall positions from the half-hour qualifying session, despite setting consistent lap times throughout.

Stephen set a good initial lap to go fifth fastest. Developing a pain in his back during his first run, his focus was not 100 per cent when the second set of tyres was bolted on. Unable to further improve his time, he had to settle for 10th place at the end of the session.

He remains confident that the work done with engineer Andy Miller throughout the day has given him a good car and a solid platform for race day. Brands Hatch has always been a happy hunting ground for the Leicester driver, and he will be targeting a podium finish.

Northern Irishman Colin was satisfied he had maximised the package, setting consistent times through the session. Unfortunately, the 57Kg of success ballast he was carrying was hampering his effort to go faster after setting his initial benchmark time.

Like his team-mates, he was unable to improve on the second tyre run and will start Sunday’s opener from 14th place.

In a break from the usual programming, all three of tomorrow’s races will be broadcast live on ITV3, rather than ITV4. Race One will get underway at 1130, followed by Race Two at 1440 and the final race of the day at 1730.

Tom Oliphant said: “I’m really pleased with qualifying. I’ve been happy with the car all day. We tried a few things in the shakedown yesterday just to get a feel. We made a few set-up changes that we haven’t done before and I liked it, so we kept them on all day. The track is really green and it doesn’t give you a lot of confidence, so you’re skating around a lot, but the BMW feels good underneath me. I’ve been right up the front in all three sessions today. The brilliant thing going into tomorrow is my consistency. I didn’t maximise my two sectors together and that cost me a place on the front row, but tomorrow in the race I feel very confident that I’ve got a good race car. Against front-wheel-drive cars, I’m going to roll the BMW out tomorrow and I think I’ll be quick.”

Stephen Jelley said: “I’m a little disappointed. On the first run the car felt good and we found a big chunk of performance compared to earlier in the day. The rubber that had gone down on the racetrack helped the front end of the car a bit. I tweaked my back halfway through the first run and that took my mind off it a little. We just struggled to get the front tyres where I wanted them. Then the traffic and the track just seemed to go away a tiny bit, so I wished I had pushed more on the first set of tyres. There were two races prior to our qualifying, so they probably cleaned our rubber off the track, which didn’t help us at the end. I can build from there; we can move forward, and I can still be aiming for a podium position.”

Colin Turkington said: “It was probably what I expected. The car was the best it’s been all day and balance-wise I think we’re in the right place. I had a good car on the whole throughout the lap. I’d love to be higher up than P14, but that’s my pace with the success ballast. I don’t know how many times I saw the same lap time! We got the most out of it, it’s Brands Indy and you pay a bigger penalty for the success, but that said, I’m still happy to have the points in the bag and the weight on the car. I think we can go forward tomorrow. Potentially my day will be in reverse, and we’ll look to do something in Race Three. I’m reasonably happy.”

Dick Bennetts, Team Principal, said: “I’m very pleased for Tom. It was a tough one for Colin carrying that much weight, so we’ll just see what the weather brings us tomorrow. Hopefully Tom can make a good start, make up a few places and be on for a good podium result. Stephen’s in 10th too. One of the unfortunate things around here is that all three of our cars did their best laps on the first run, and as the session progressed there was more dust thrown up by the front-wheel-drive guys, so that made it harder for us. We’ve got what we’ve got, so we’ll have to see what happens tomorrow.” 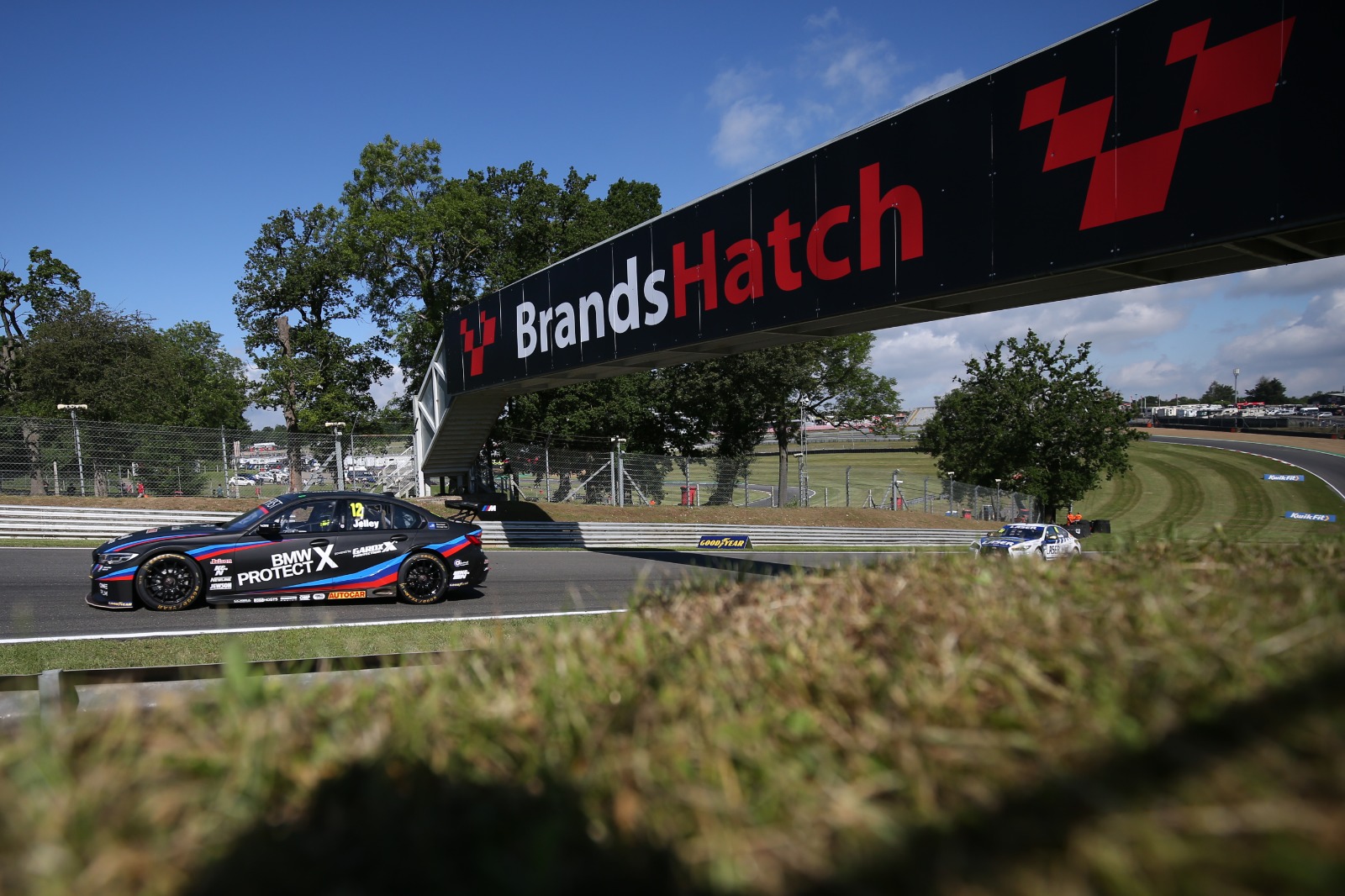 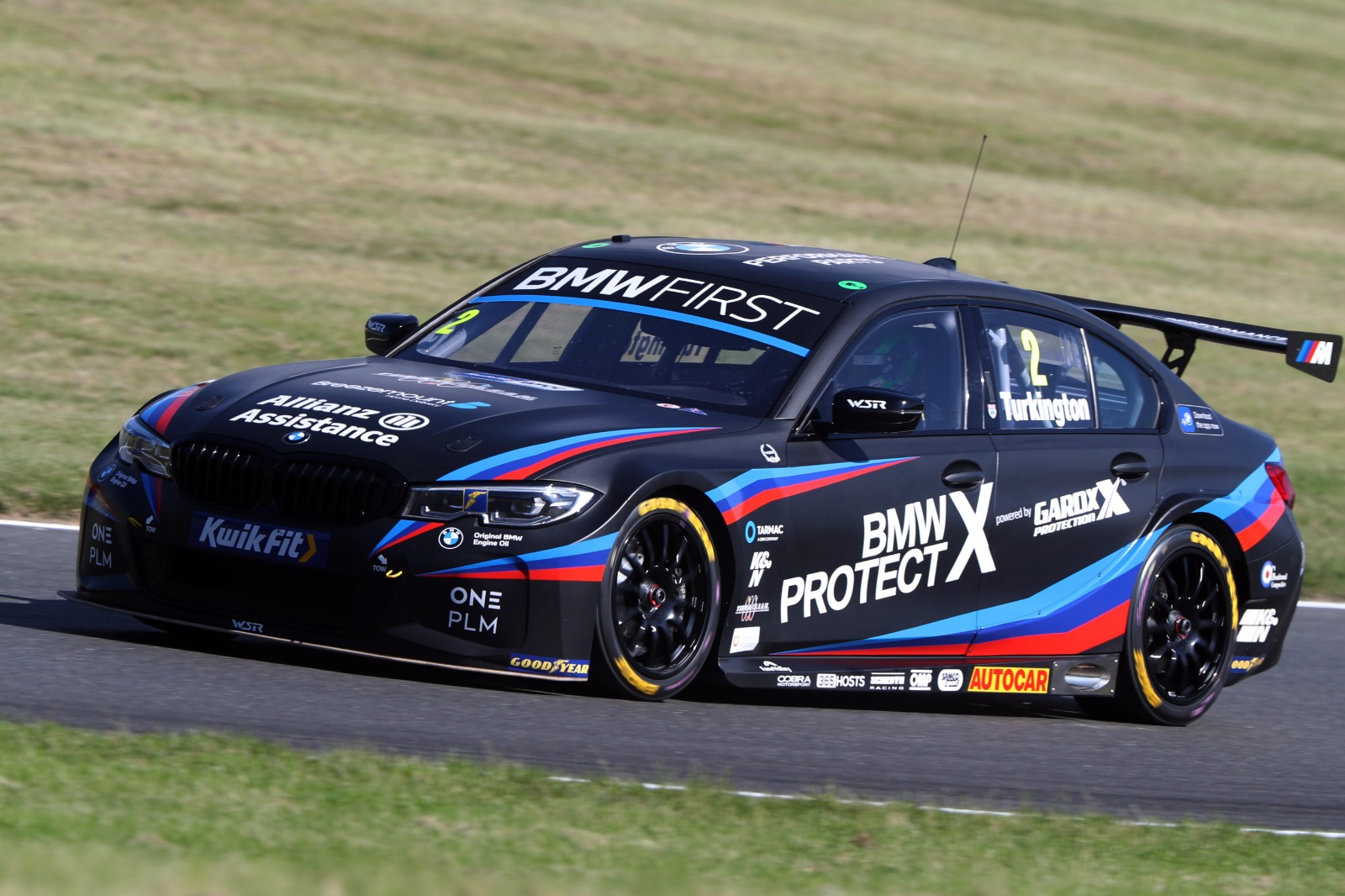 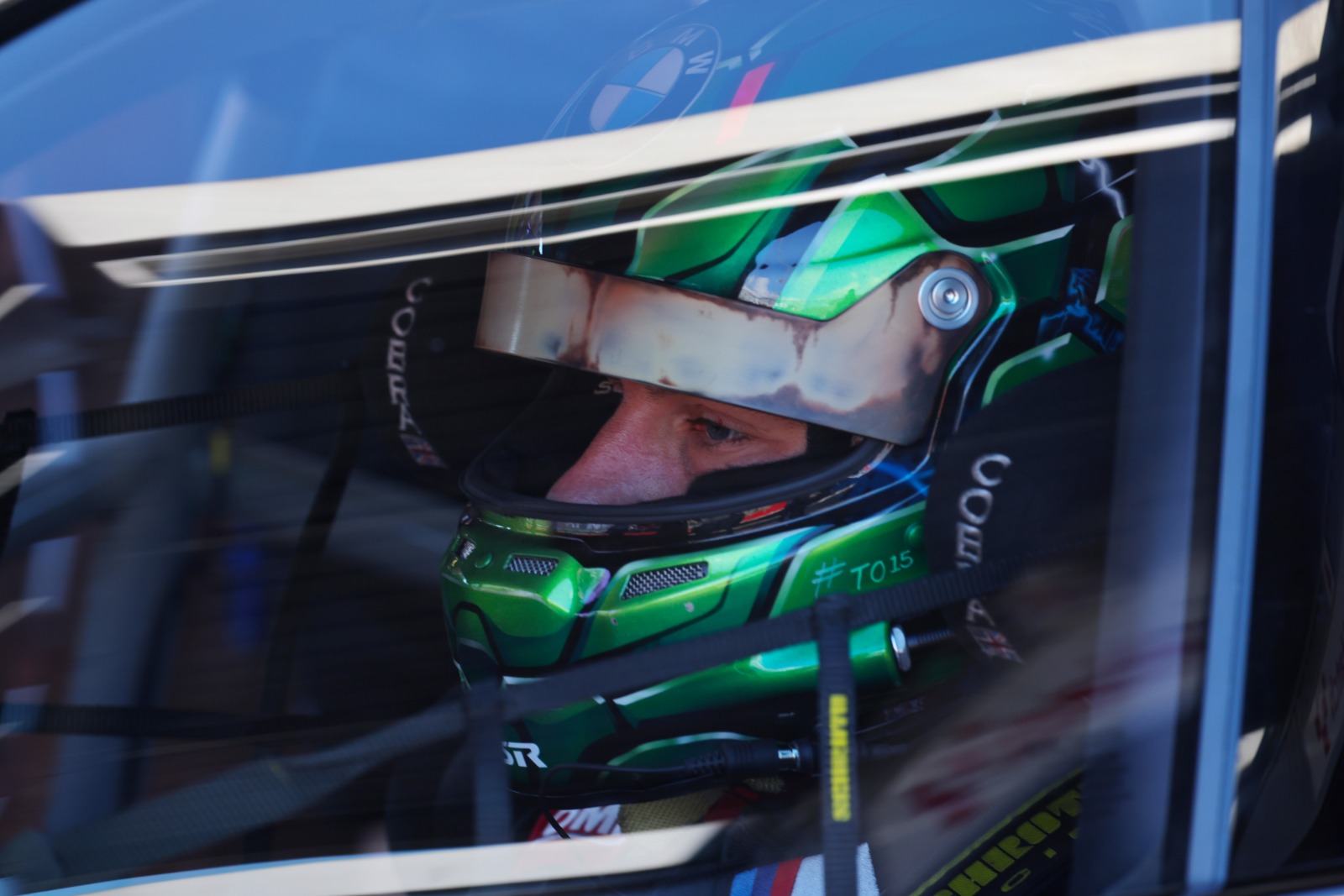