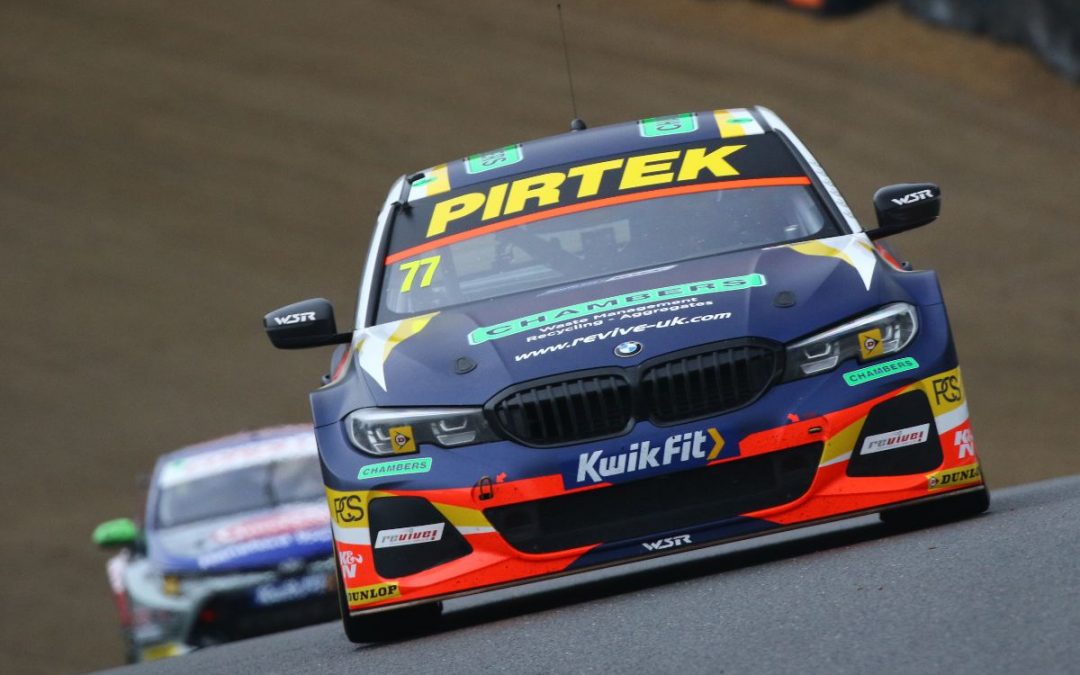 One of five drivers to head into Sunday’s season finale with a chance of becoming champion, Andrew starts the first of the three races from third position, despite his WSR-run BMW 330i M Sport carrying 42kg success ballast.

The 30-year-old made a solid start to the day with eighth place in a damp opening practice session, on which precious-little running on slick tyres was possible, and then improved considerably in the afternoon running to set the pace in FP2.

With rain coming down heavier than ever for qualifying around the 2.6-mile Grand Prix circuit at Brands Hatch, the Lichfield driver was in attacking mood and reached the halfway point of the session in third place.

An unfortunate off at the fast Hawthorns bend brought out the red flags with seven of the 30 minutes remaining; BTCC rules dictating that the 2013 champion not only had his best laptime removed, but was also prevented from taking part in the restarted session.

However, with Andrew’s second-best lap being just 17 thousandths of a second slower, he kept his third place on the grid; a result that leaves him behind WSR stablemate Colin Turkington, but ahead of every other title contender.

Andrew is third in the Drivers’ Championship, 18 points behind Colin, and with 66 still up for grabs in Sunday’s three season-ending races, which will be broadcast live on ITV4.

Andrew Jordan said: “These championship finales are such strange weekends because anything can happen, and we saw it today with the weather and with some of the incidents on-track. All that considered, third place is a very good place to be. Yes, it’s behind Colin [Turkington], which isn’t ideal, but I’m a fair bit ahead of the other title contenders, which is a big positive. It was hard to find a balance with the car today where I really felt I could be aggressive. I tried to push in qualifying, but a wheel over the white line and just lost the front end, but it wasn’t a big accident, which is lucky. I’m in the hunt tomorrow and I need to give it everything.”

Dick Bennetts, Team Principal, said: “I was quite worried that the weather wasn’t going to play into our hands today, but we’ve ended up with good pace from all the WSR BMWs, whatever the conditions. AJ’s done a strong job to qualify third in pretty difficult circumstances. AJ’s going to have to be aggressive tomorrow because he’s the chaser and needs to take back some points in Race One to really stay in the hunt for the title. The key factor tomorrow will be the weather, but through practice and qualifying, we seem to have found something in the set-up that suits us quite well.” 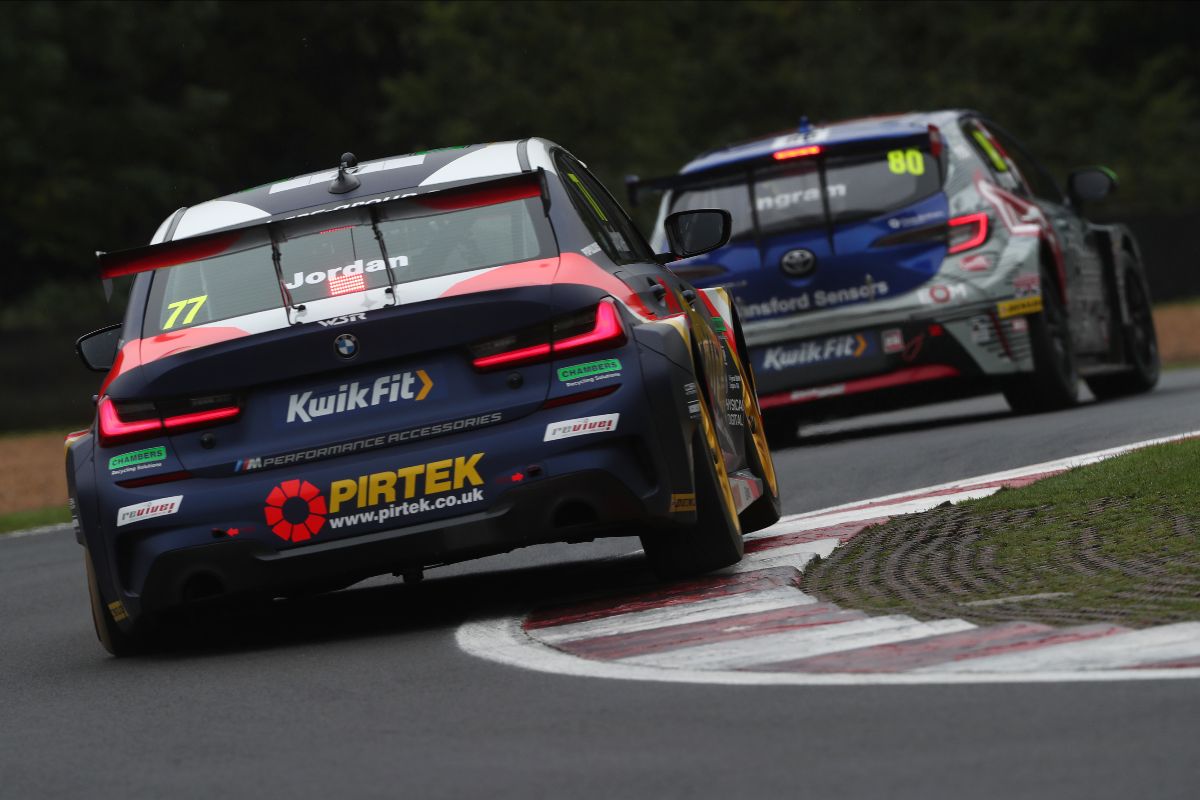 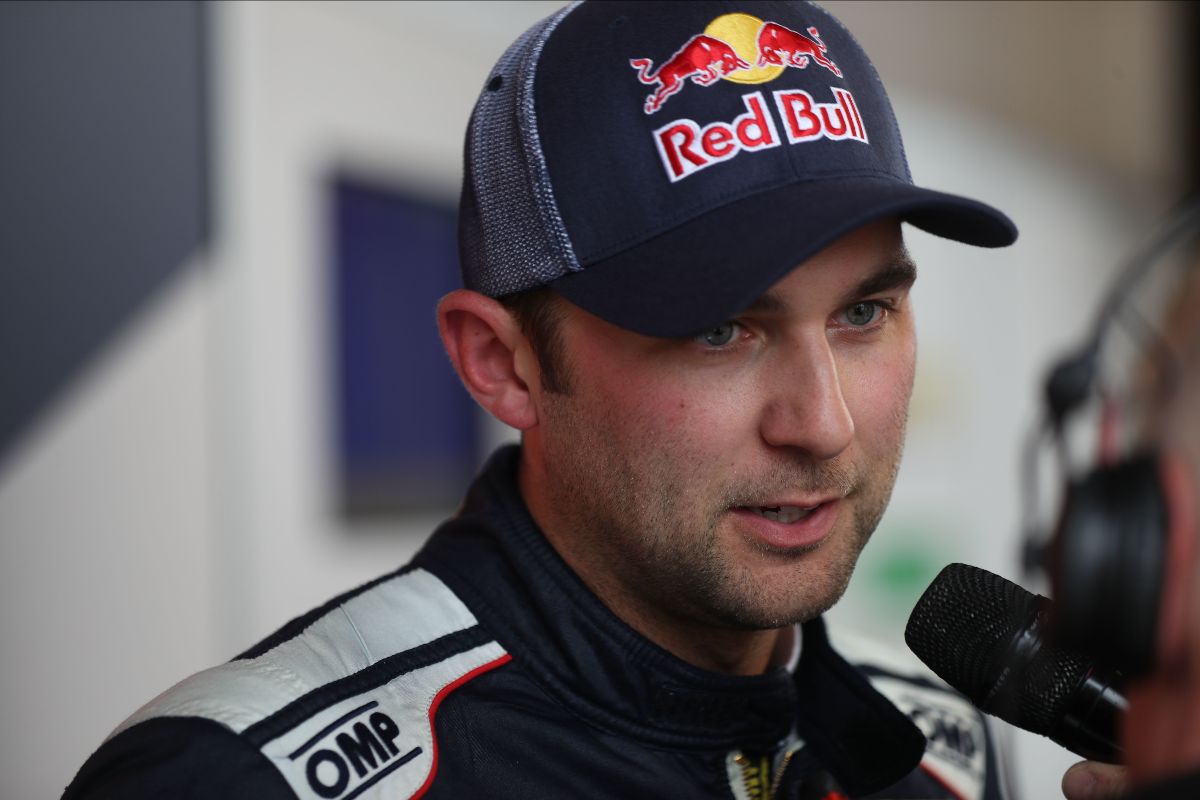