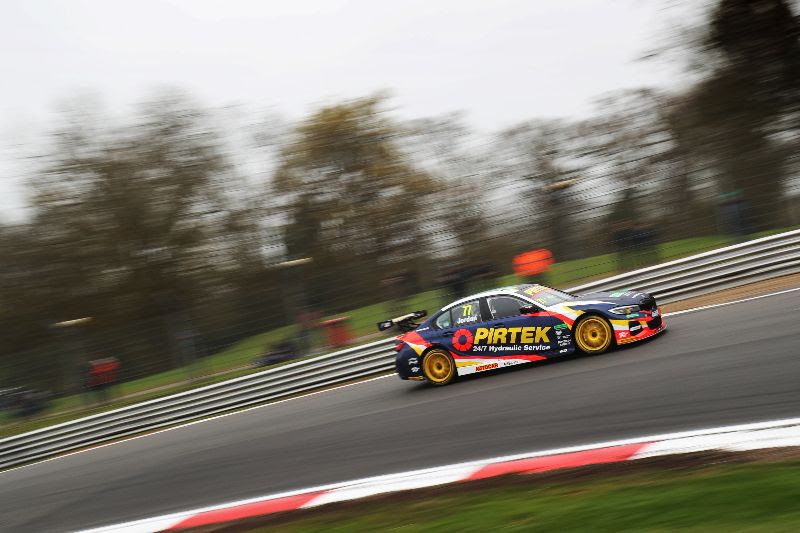 Andrew Jordan is aiming to give the new BMW 330i M Sport victory on its debut in the 2019 British Touring Car Championship at Brand Hatch on Sunday after qualifying a strong fourth on the grid.

With the WSR-designed-and-built machine still so new, qualifying proved to be the first time that the 2013 BTCC champion had driven the car on wet tyres.

But Andrew, who is always strong in such conditions and won on the Brands Indy circuit with BMW Pirtek Racing on his team debut in 2017, got his head down and treated the session as an opportunity to learn as well as shine.

With such a small amount of data to draw from, the Lichfield driver is highly encouraged by the potential of the BMW 330i M Sport – particularly when the team has the chance to apply what it has learned from the opening day of the season.

Andrew Jordan said: “This was a great result for us. It was a busy session, and of course it was the first time that we had run in the wet conditions, so all the BMW 330i M Sport drivers tried different things to see what worked to maximise the time potential. My best run was my middle run, between the red flags, and the car felt pretty good. We will keep working on it and it’s early days yet for such a new machine, but the guys have done a fantastic job with the car, and certainly the pace we have been able to display – particularly in the dry – is very strong and that is a real indicator of this new car’s potential.”

Dick Bennetts, Team Principal, said: “We’d never had wets on the car until qualifying, so this is a very positive result. I think in time this car will suit AJ’s driving style very well and his pace today proved that. As we learn more about the BMW 330i M Sport, I think we will see him just get stronger and stronger. That being said he looks in good shape tomorrow; particularly if it’s dry.”
(ENDS)

Images are rights-free for editorial use only. Please credit JEP/BMW where used.

About West Surrey Racing
Founded by New Zealander Dick Bennetts in 1981, West Surrey Racing are one of Europe’s most successful racing teams, having tasted success with World Champion drivers such as Ayrton Senna, Mika Hakkinen, Tom Kristensen, Nigel Mansell, Allan McNish and Andy Priaulx. After becoming the most successful team in the British Formula 3 Championship during the 1980s, WSR moved into the British Touring Car Championship and have continued their extraordinary run of success. As well as running race-winning factory BTCC programmes for Ford, Honda, MG and BMW, WSR have taken 10 outright championship titles – including the Drivers’, Teams’ and Manufacturers’ titles in 2018 – , nine independents’ crowns and 80 race victories. They are also race winners in the FIA World Touring Car Championship. Based in Sunbury-on-Thames, Surrey, WSR currently run the Team BMW and BMW Pirtek Racing BMW 330i M Sports in the BTCC.

About Pirtek
Pirtek, who celebrate their 30th anniversary in 2018, are Europe’s number one provider of fluid transfer solutions and mobile hose replacement, with over 170 centres supported by over 700 mobile service workshops throughout Europe; offering solutions to a number of business sectors, including the automotive industry.