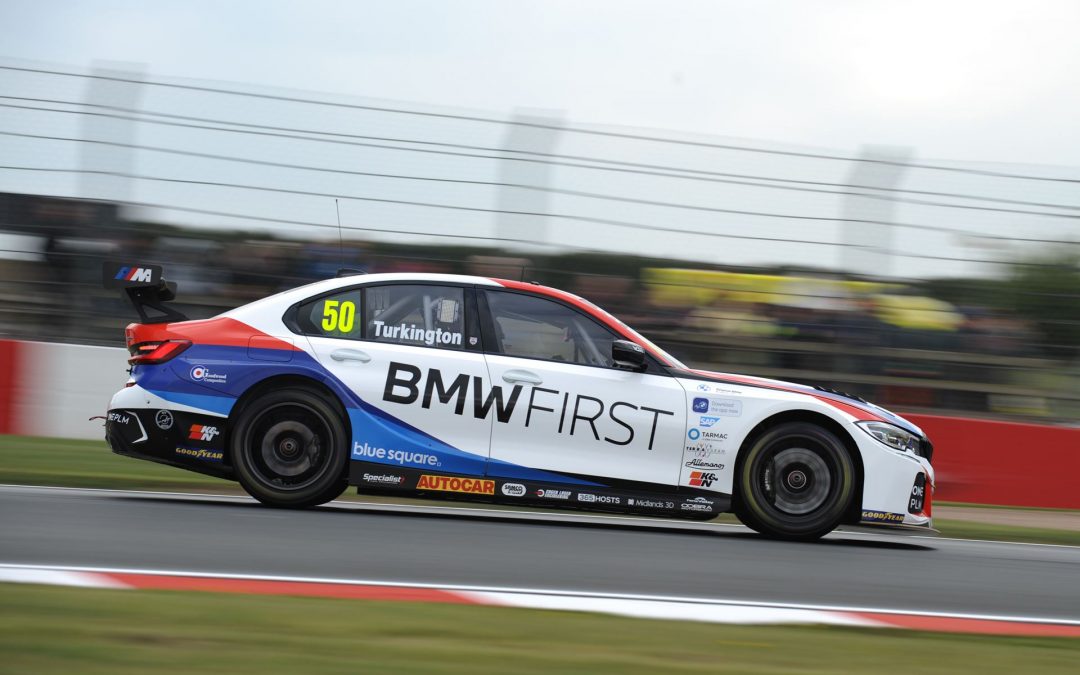 BMW and WSR aim to build on their impressive opening-round speed as the British Touring Car Championship moves on to the Brands Hatch Indy Circuit in Kent this weekend.

Jake Hill and Colin Turkington locked out the front row in qualifying for the season-opener at Donington Park last month with Jake winning on his debut weekend with WSR aboard his ROKiT MB Motorsport BMW 330e M Sport.

With four-time series champion Colin adding a podium finish aboard his Team BMW entry, there were some significant high points for the team in the East Midlands as well as key information gathered about the BTCC’s new hybrid technology that can be further utilised.

Jake, from nearby Tunbridge Wells, is undoubtedly the local hero at Brands Hatch and the 28-year-old can expect a rapturous reception from his home fans after he became the first WSR driver to take a debut-weekend victory with the team for 23 years last time out.

He scored his first BTCC podium at the Indy Circuit in 2018 in a topsy-turvy race in changeable weather conditions, but is comfortable come rain or shine this weekend.

Northern Irishman Colin scored his first BTCC win on the Brands Hatch Indy Circuit in 2003 and has added three more since then as well as taking pole position for WSR’s first event with BMW in 2007.

From seventh in the Drivers’ standings, he has a tremendous opportunity to carve into the points advantage of the series leaders and to help put BMW back on top of the pile as they seek to extend their all-time record of six consecutive Manufacturers’ crowns.

Team-mate Stephen Jelley has happy memories of the 1.2-mile Indy Circuit at Brands Hatch, having snared his first BTCC pole position there in his rookie season with WSR in 2008.

The Leicester racer qualified a strong seventh at Donington – just 0.2s away from pole position – but endured poor luck on Sunday; a determined charge from 27th to 14th in the last race of the day proving his standout performance on the day.

WSR cars have a strong record on the shorter Brands Hatch layout with 14 wins and 44 podium finishes in the BTCC – including a victory on its debut weekend in the series in 2019 for the current 3 Series on which the 330e M Sport is based.

In place of success ballast, the top 10 drivers in the championship points will have their hybrid use reduced on a sliding scale of 1.5 seconds per lap, from 10th down to first.

At Brands Hatch Jake will have 7.5 seconds of hybrid available on each qualifying lap while Colin will be equipped with 9s. Stephen will have the full allocation of 15s.

Rather than reducing the amount of hybrid energy available to each driver, the races will instead feature a decreased number of laps on which the top drivers can use it; that specific number being determined by championship positions.

The current points leader will not be able to use hybrid power for 15 of the scheduled 24 laps in Race One at Brands Hatch while the second-place driver will have to withstand 13 laps without it. Jake and Colin will be without it for five and four laps respectively.

Hybrid limits per driver will change for Races Two and Three based on the finishing order of the previous race. Drivers outside the top 10 will have the full allocation of 15 laps of hybrid power available to them.

In a major boost for the BTCC, ITV’s flagship channel will feature live coverage of the series on raceday. The broadcast will start, as usual, on ITV4 at 1100 and will switch to ITV at 1400 for Race Two, which will be showcased to the widest audience for over 15 years. Coverage returns to ITV4 at 1700.

Colin Turkington said: “This is the start of a very busy seven weeks, so the aim is to find our stride and carry positive momentum through to the halfway point of the season. Through practice and qualifying so far I’ve had super pace with the BMW 330e M Sport; we just need a clean crack at all three races to unlock the points. Hybrid is something I’m definitely still learning in terms of how and where to deploy. I think I got it right about 70 per cent of the time at Donington during the races, but it’s about learning as we go right now so I know I’ll be more savvy this weekend.”

Stephen Jelley said: “Brands Indy is a great opportunity to bounce back after a bit of a disappointing points haul at Donington Park. The pace was there, but unfortunately, with a problem in Race Two, we didn’t get the points we deserved. The team has done a lot of work to the front end of the car to improve the turn-in this year. We have the ability to hook underneath cars, which should be good, especially at Clearways or if you can get into Paddock Hill Bend and cut under somebody on the run to Druids. We go into the weekend with the most amount of hybrid available to us of any BMW, the car is quick round the circuit, and I’ve had some good success there in the past. All in all, everything points towards a good weekend, fingers crossed.”

Jake Hill said: “I’m so excited to head to Brands Hatch this weekend. I’m feeling really confident in the BMW coming off Donington and it’s always great to race at your home circuit. The Indy layout always gives us some good racing and I’m sure we’ll have some great battles out there this weekend. If we can carry on our performance from Round One then we should be in for a good weekend all round.”

Dick Bennetts, Team Principal, said: “Donington was a bit of a mixed bag, results-wise. The BMW was quick enough to lock-out the front row and win, which is exactly what we aimed for, but we should have had even more than that. We’ve worked extremely hard back at base since Donington with the input of the engineers to make sure we’re in the hunt for victories again at a track that should play to the strengths of the BMW’s rear-wheel-drive layout and the superior traction it gives coming out of the slow-speed corners. We’ve had a lot of success there in the past with over 40 podiums, but that counts for nothing this weekend, especially with the added variable of a hybrid system that’s still very new. We’ll just have to go there and make sure we get the job done for our drivers, sponsors, technical partners and of course, BMW.” 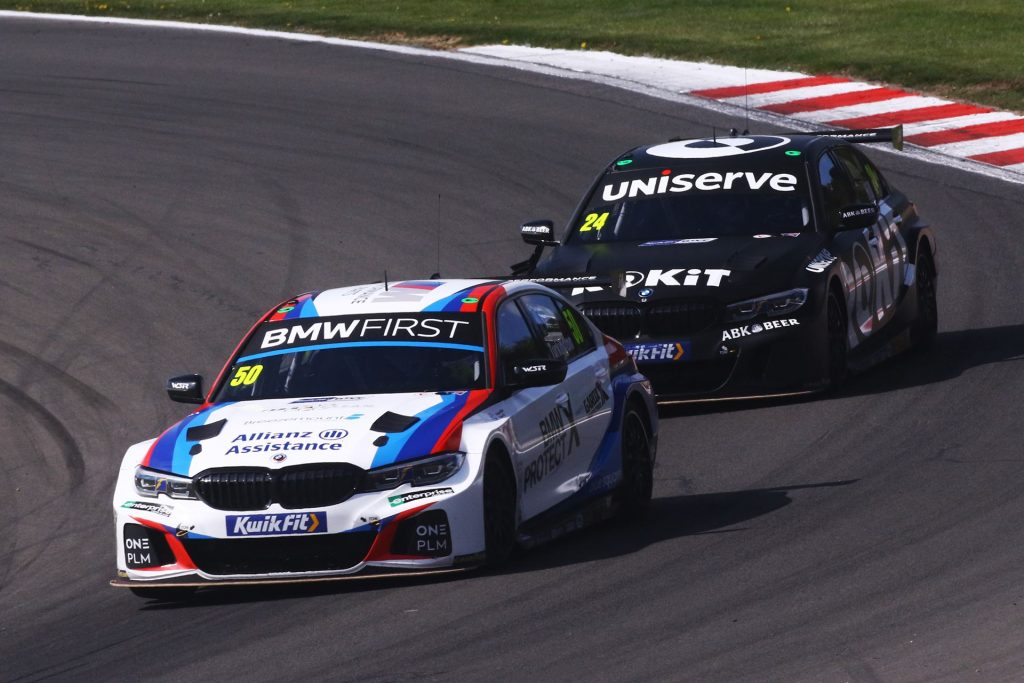 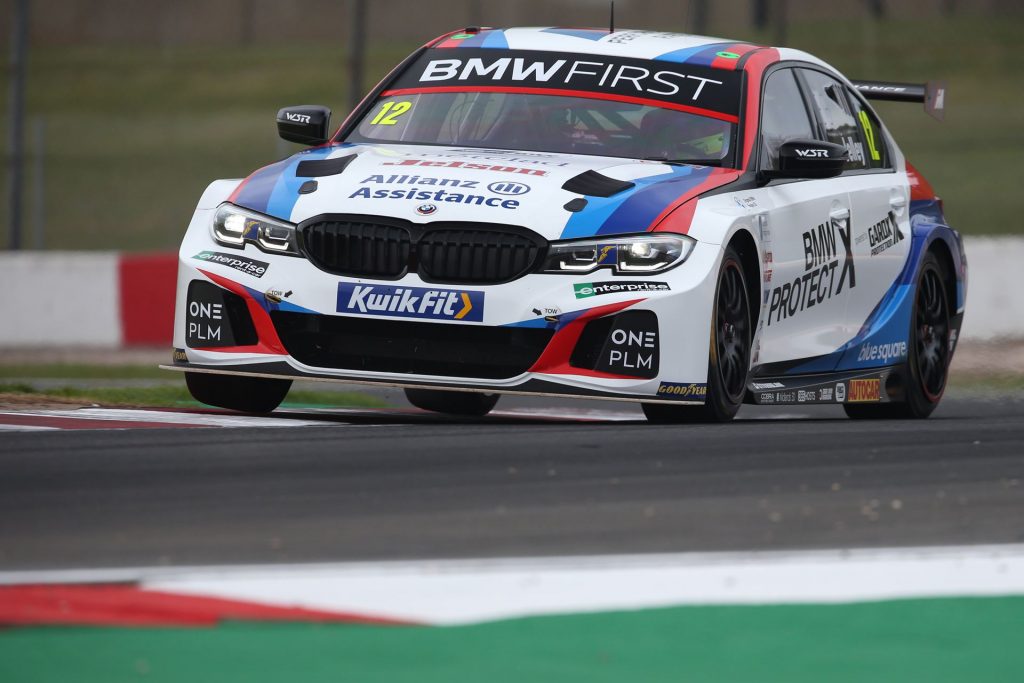 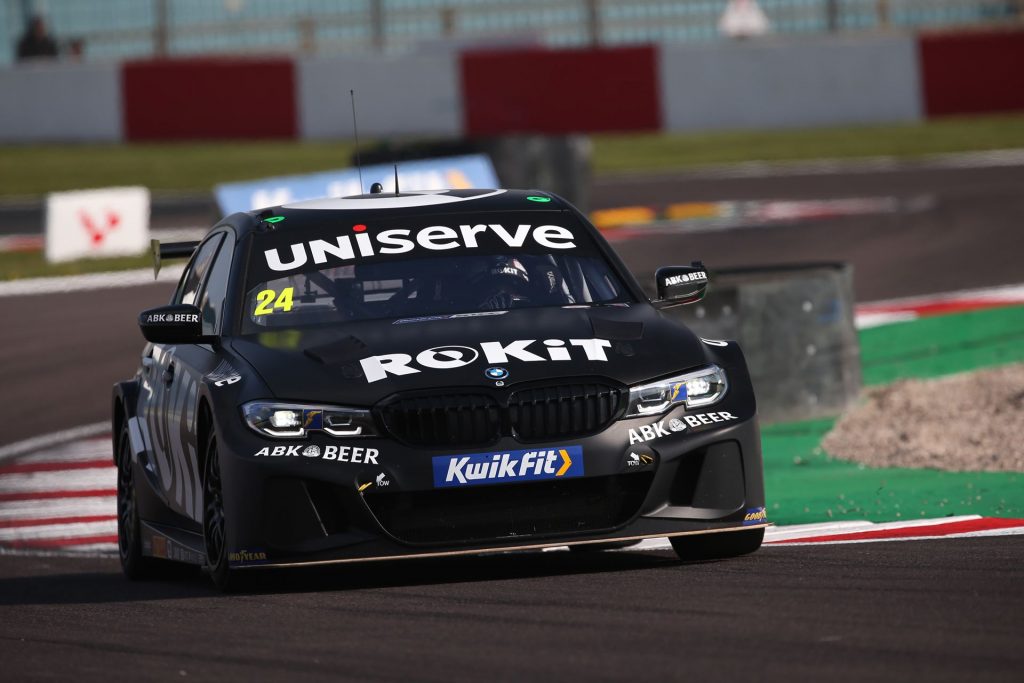