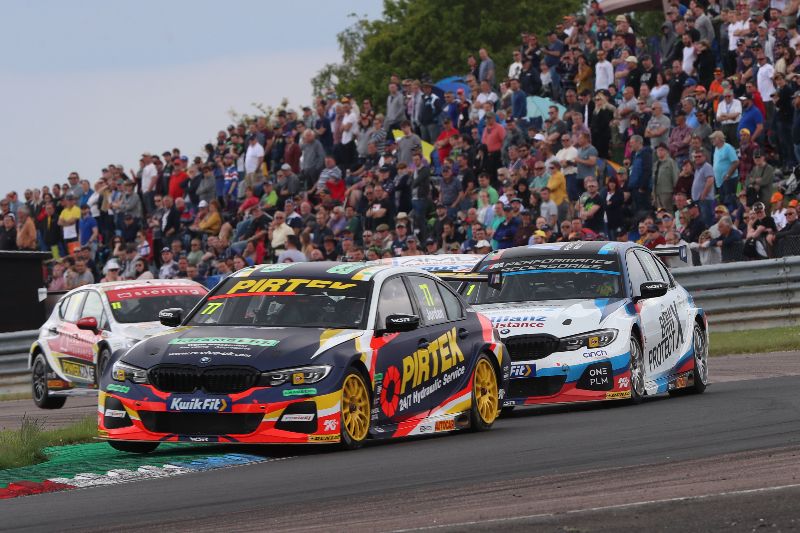 BMW Pirtek Racing left Thruxton with more victories in the bank than any other team in 2019, following a stellar British Touring Car Championship weekend.

Andrew Jordan delivered back-to-back wins in the WSR designed-and-built BMW 330i M Sport in an emphatic recovery from the heavy Donington Park crash that left him bruised and battered and his car badly damaged.

Having started Sunday’s opening race from third in his freshly re-built car, the 2013 champion made his now trademark rocket start and bolted straight into second position.

He then settled down in pursuit of the leader Sam Tordoff, and pressured him into a mistake at the ultra-fast Church corner mid-race. From then on Andrew got his head down and secured his first win of the day.

Then, with a full complement of 56kg success ballast, the Lichfield driver delivered an inch-perfect drive to score his third win of the season, from pole, in Race Two.

In spite of huge pressure from team-mate and reigning champion Colin Turkington, Andrew held on to become the only three-time winner so far in 2019.

The reverse grid in Race Three meant delivering a hat-trick was always going to be difficult, but in the end he was punted into a spin by a rival; costing him any chance of points.

Andrew Jordan said: “That’s how you recover from a setback! I feel on top of the world right now. I love Thruxton, I love BMW and I love WSR! Coming into the weekend I felt pretty good physically – but it was more the little voices in my head than anything else. A big accident can do that to you. This was the perfect recovery. The BMW 330i M Sport worked so well here and I felt we were always in with a shout. In Race One, when Sam went wide, I knew I had to go for it. Then in Race Two, Colin put me under a lot of pressure but I knew he wouldn’t do anything daft and the car just gave me so much confidence. This is one my best weekends in the BTCC.”

Dick Bennetts, Team Principal, said: “I’m really pleased for Andrew. He drove extraordinarily well all day and he should have had even more points to go with those he scored for the two wins, had he not been spun around. To take three wins from nine races is strong form and if he continues in this vein, he can be a title contender as the season progresses.” 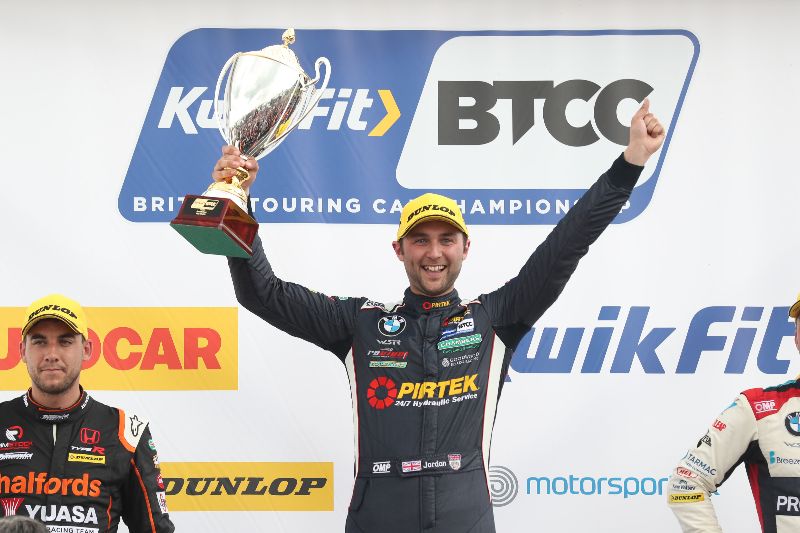